MacArthur tennis takes it to the top 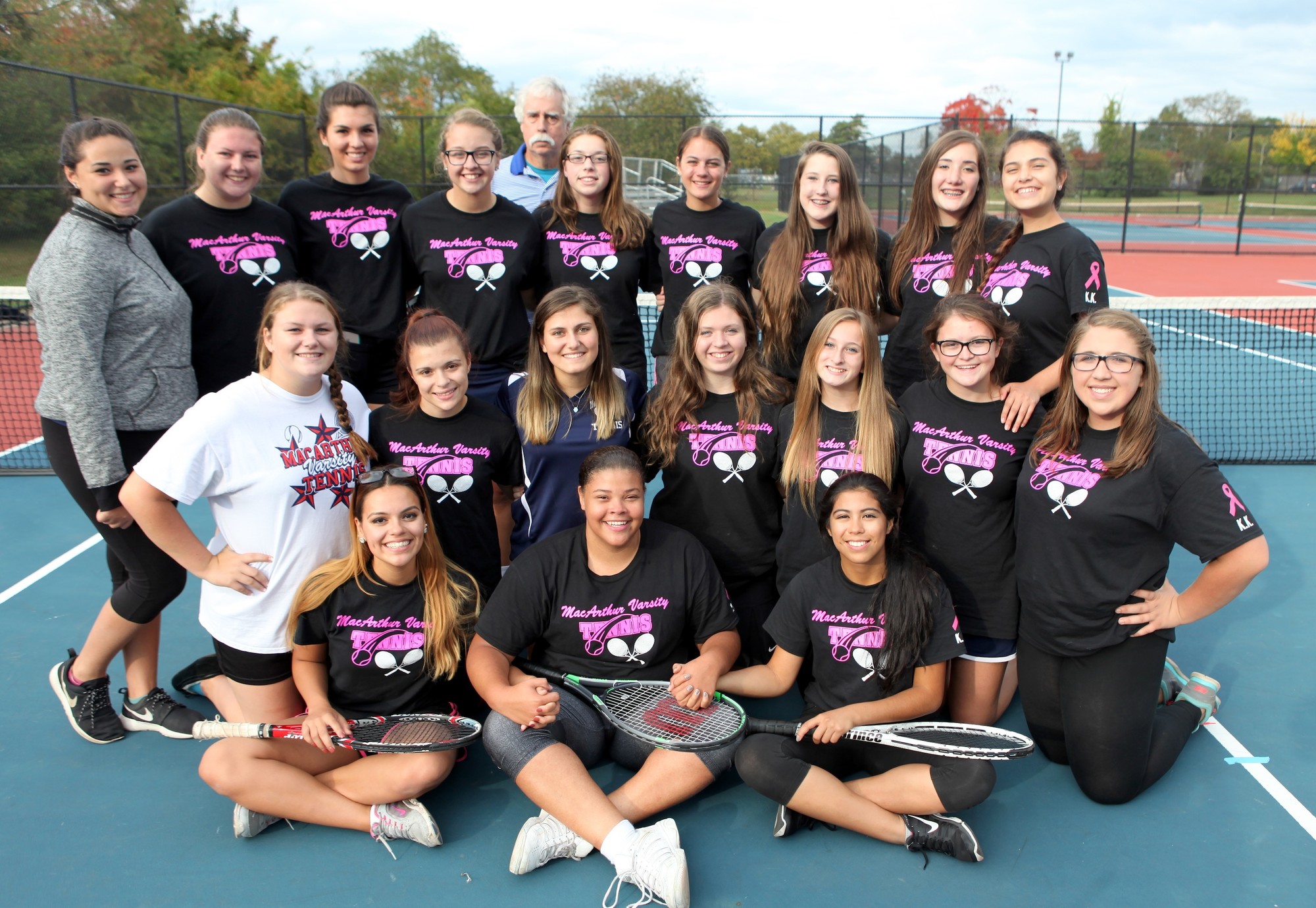 MacArthur High School’s varsity girls’ tennis team finished the spring 2015 season with a record of 13-1 and tied for first place in their conference.
Courtesy James Rowan
By Rebecca Anderson

Bus rides, away games and the camaraderie are just a few aspects that the girls on the MacArthur varsity tennis team said they enjoyed the most about their season. With an overall 13-1 record in Conference III-B, the team of 20 definitely made its mark, sharing a title with New Hyde Park.

“Tennis, like all sports, the older you are, the stronger and faster you get,” coach Phil Mackmer said. “It’s usually good for all types of varsity teams to have 12th-graders, but I only had three so I wasn’t expecting a great team. I was still positive, but we were also young.”

With three singles players and four doubles teams, the Generals surpassed all other high schools in their conference, with the exception of New Hyde Park, a rivalry school which also finished 13-1.

“As the season went on, the girls learned to play with each other, making the team better, too,” Mackmer said. “We went from a team that I thought was going to be 7-7 to a team that was 13-1.

Although the team was led by mostly sophomores and juniors, that didn’t stop the girls from training and supporting one another during the year. Many of the team members participate in badminton and other spring sports to help maintain their agility and endurance.

“A team always remembers us,” doubles team player and senior Faith Gardner said. “I’m definitely not as strong at the net as my partner is, but I can cover the back very well.”

“We communicate well and even yell at each other,” senior Genesis Galo said. “You have to know how to take criticism and not take it personally.”

Even though Galo is used to playing on a singles court in badminton, her mentality has to change when the fall season approaches. “She’s one of my closest friends in life,” Galo said about Gardner. “If she wasn’t, I don’t think we would have had the best communication.”

Singles player, Kristen Cassidy also feels the pressure on the court. Cassidy is ranked fourth overall in the conference and plays year round in preparation for the season.