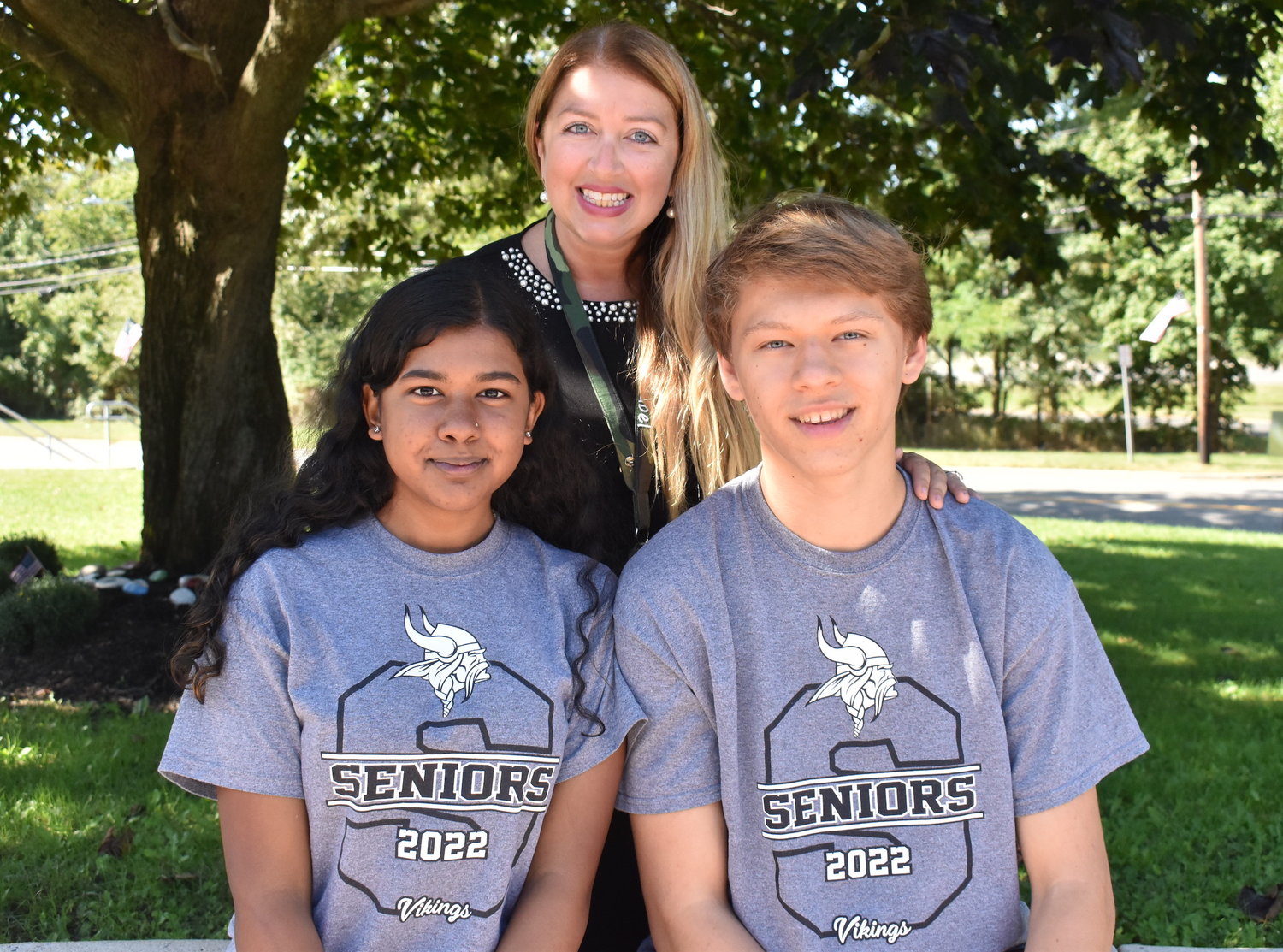 Seaford High School will hold its graduation this month, and leading the class of 2022 are two stellar scholars, Valedictorian Jack Pidherney and Salutatorian Rayann Ramoutar.

The two waged a friendly competition that came down to the margins — Pidherney was named valedictorian with a weighted grade point average of 105.8, while Ramoutar was close behind, at 105.4.

Pidherney started his education at Seaford Elementary School, while Ramoutar moved to Seaford in the sixth grade.

For Pidherney, graduation is the end of one journey and the start of a new one. He viewed high school as a steppingstone to higher education, which motivated him to do well. The journey began when he became familiar with the 2020 Seaford valedictorian, Jason Linzer, and aspired to be just like him. Pidherney and Linzer ran track together, and Pidherney looked up to Linzer.

“I saw the way he operated, and I wanted to be like him,” Pidherney said. “I wanted to be the valedictorian and go to a good school with a scholarship. He guided me in the right direction and, whether he wanted to or not, became my role model.”

Pidherney faced a number of obstacles, all of which he overcame. He has Type 1 diabetes, and while that was certainly a challenge, he turned it into a positive, saying that it taught him to be disciplined and to overcome adversity. Another obstacle he faced was the separation of his parents, which forced him to live in an apartment, where he had to change his at-home dynamic entirely — less space and no loud music.

Pidherney’s favorite class at Seaford was AP psychology. “I learned a lot of interesting things in that class,” he said. “I find it interesting to analyze people, because people are such complex beings. To narrow them down and define them with words is something I could never do before AP psychology.”

His extracurricular activities included mathletes and track, which taught him how to rise above the competition.

Pidherney will be attending Carnegie Mellon University, studying business as a major with a minor in computer science. His intent is to work in the computer science field.

For Ramoutar, graduation is a huge step in a mission she has been seeking her whole life, which is engineering. “For me, high school was all about setting up what I wanted to do in life: engineering,” she said. “So I took classes like robotics to avoid culture shock when I get to college.”

Ramoutar’s role model is her mother, Reshma Dipchand Ramoutar, who immigrated to the United States from Trinidad and pursued an engineering degree, all while raising Rayann. This left an impression on Rayann and inspired her to pursue engineering.

By her own words, the salutatorian’s biggest obstacle was an inability to compartmentalize, therefore everything that went on in her personal life would cross paths with her academics. “I’m very close with my family, and so whenever there were any family quarrels, I would carry it with me to school,” she said.
Ramoutar’s favorite class at Seaford was science research. “It opened up a large field for me,” she said. “I want to have a future in it through engineering.”

Her main extracurricular was theater, and she starred in four musicals at Seaford High School: “Legally Blonde,” “Shrek,” “All Shook Up,” and “The Addams Family.”

Ramoutar will also be attending Carnegie Mellon University, studying engineering. Her plans beyond that include working toward a Masters degree in business.