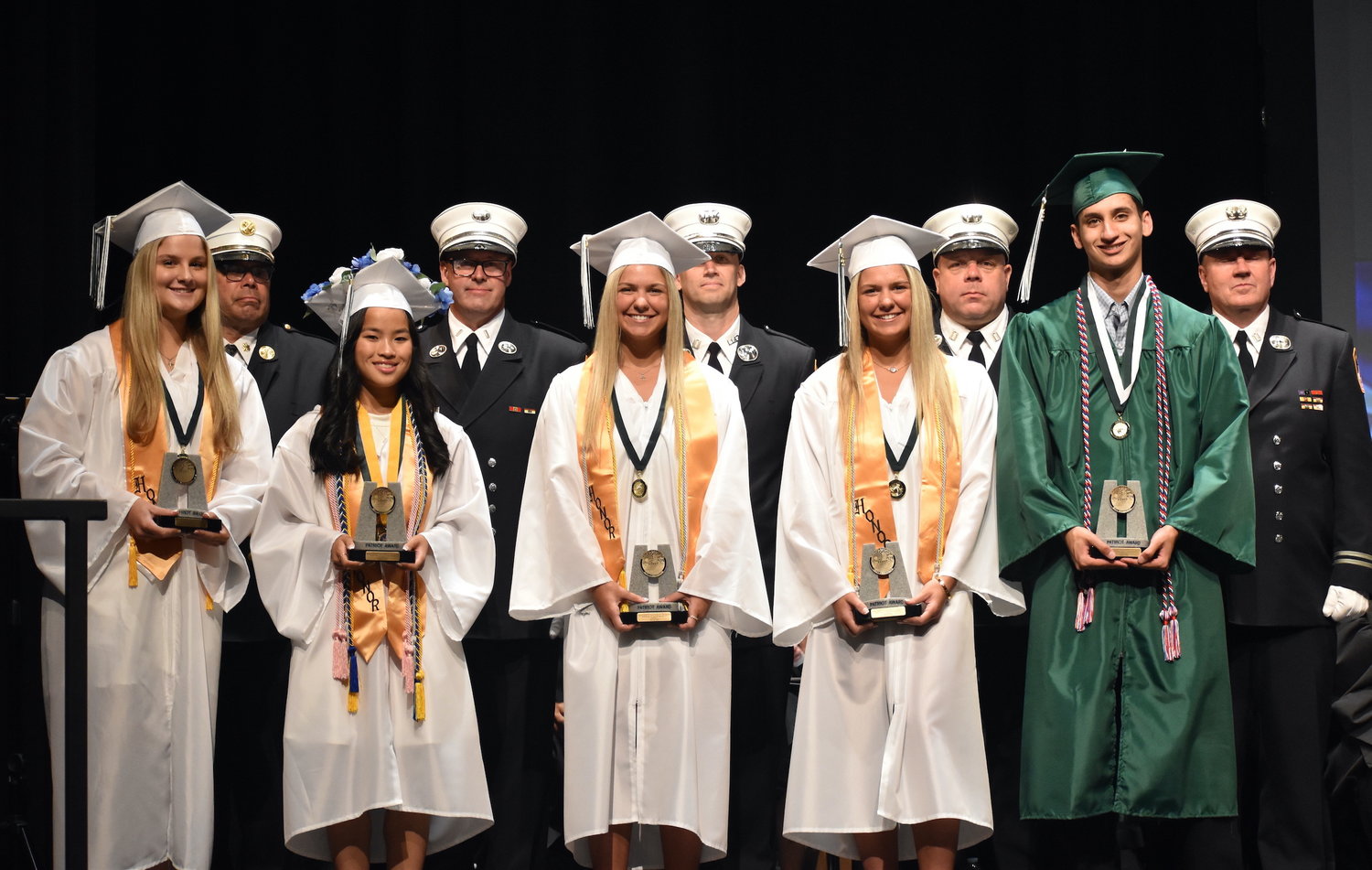 Twenty-one years ago, the Sept. 11 terrorist attacks on the World Trade Center profoundly affected many communities in and around New York City, including Seaford, which lost Thomas and Timothy Haskell, John Perry, Robert Sliwak and Michael Wittenstein.

But thanks to the efforts of the Seaford 9/11 Memorial Committee, led by chairman Tom Condon, memories of those five men continue to live on. The Patriot Award is given to five Seaford High School seniors every year in honor of those whose lives were lost.

Perry, a New York City police officer, was in his office, filing retirement papers, when he heard about the attack and jumped into action. The Haskells were firefighters, and Wittenstein and Sliwak both worked for Cantor Fitzgerald in the World Trade Center.

After their deaths, Condon, along with other community members as well as the school district PTA, founded the memorial committee, which is funded by donations. In November 2002 it gave out the first Patriot Awards, along with a scholarships for all five recipients.

Condon, who was a social studies teacher, guidance counselor and principal in Seaford, knew all five men who died.

A sixth recipient of the award, Ryan Haskell, the son of Ken Haskell, a firefighter who searched for his brothers at ground zero, was also honored. Ryan is known all over town, and is affectionately referred to as the “mayor of Seaford.” Condon called him the “sixth man,” as on a basketball team.

The award winners, introduced by one of the 2004 winners, Joseph Zubel, all said they were honored. They had each answered a series of questions anonymously, and committee members selected the winners before they found out their names. “This means anyone can get it,” Condon said. “No matter where you are in your class academically, you’re eligible.”

Zubel said he was honored to present the recipients with the award he once won, and described them as “embodying the spirit of the five guys that were lost that day.”

Among the dinner’s attendees were Nassau County Legislator Steve Rhoads and State Sen. John Brooks. “This event is a great opportunity to recognize the people that contribute so much to what makes Seaford a special place to live,” Rhoads said. “Tonight is where we celebrate the best of Seaford.”

“This event goes back to 9/11 itself, and how this community first responded to it,” Brooks said. “At the graduation, we talked about honor, and this community does a great job honoring the people in this community.”

Michael Wittenstein’s mother, Barbara, was particularly moved by the event. “How Seaford comes out as a community is unbelievable,” she said. “These kids are unbelievable. My son Michael was the life of the party, and this celebration and these award recipients are a wonderful way of honoring his memory.”