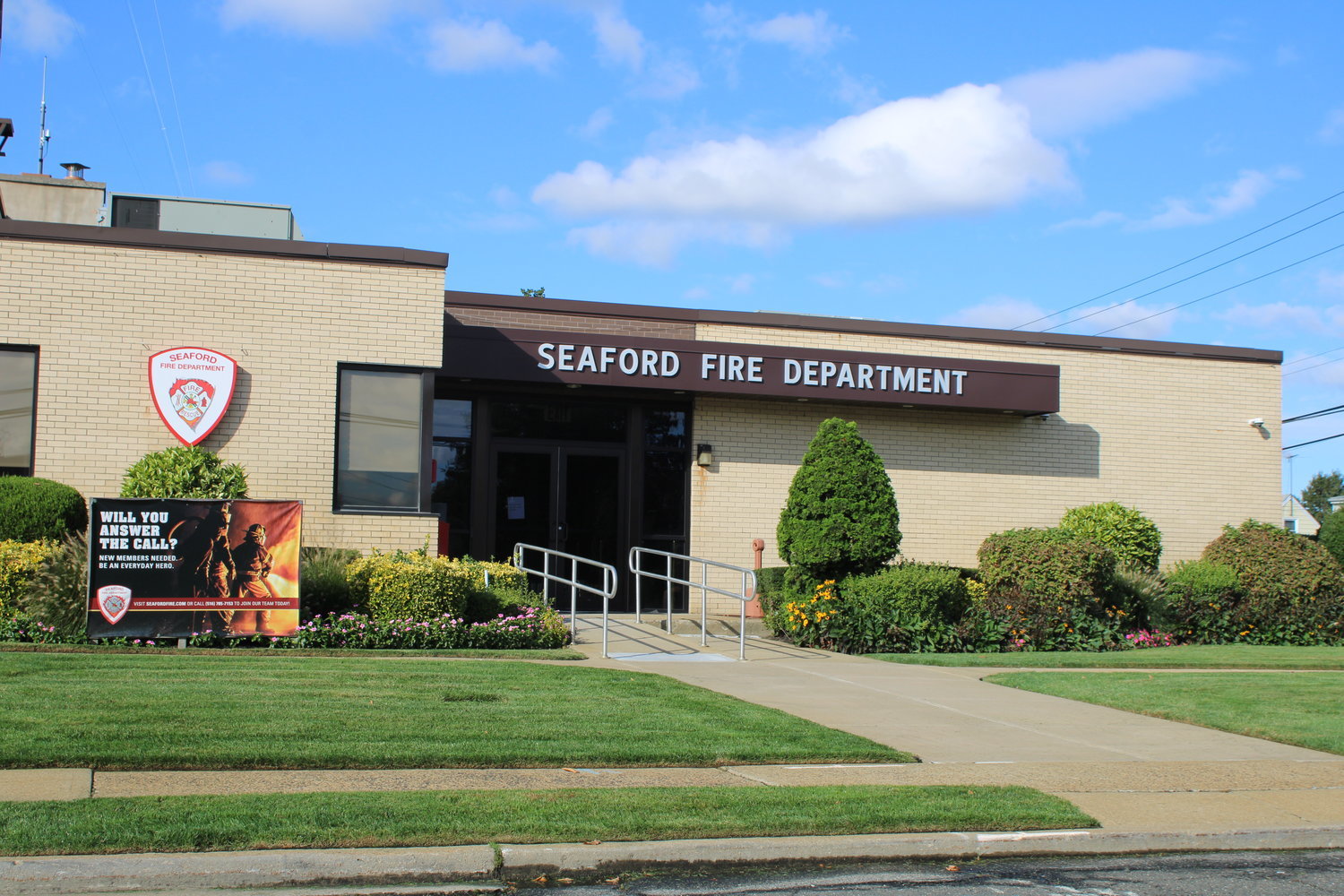 Gov. Kathy Hochul recently signed a bill, co-sponsored by State Sen. John Brooks, that will provide assistance to volunteer firefighters who have been injured in the line of duty.

Brooks, who represents the 8th Senate District, which encompasses Wantagh and Seaford, co-signed Bill S4562/A6767 with Assemblywoman Carrie Woerner and Sen. Daniel Stec. The legislation creates a presumption of coverage under the New York State Volunteer Firefighters’ Benefit Law for vascular ruptures suffered in the line of duty, according to a news release. Further, it clarifies that these injuries suffered on the job are covered in the same way as heart attacks suffered in the line of duty.

Brooks said the bill would address issues of delay, denial of claims and litigation costs when volunteers or their families expect benefits from certain insurance companies.

“I think for the good that these people do in volunteering, we should be in a situation to protect them with any medical service they need associated with the fire service,” Brooks told the Herald. “If, unfortunately, they were to lose their lives or needed ongoing medical treatment, they should be protected.”

The legislation, known as the Chief James Brooks Jr. Act, is named for a second assistant fire chief who was injured on the job. James Brooks, a member of the upstate Whitehall Volunteer Fire Company, suffered a ruptured aorta while responding to a structural fire in Dresden, in western New York, on May 2, 2020, according to a news release, and died that September, after serving the company for 27 years.

“He was performing an incredible service to his community in which he lost his life,” Senator Brooks said of Chief Brooks. (The two men were not related.) “. . . At the end of the day, [firefighters] perform one of the most dangerous occupations in the world, out of the goodness of their hearts, out of the respect and love they have for their communities. They perform at a level that can only be recognized as professional.”

After he was injured, Chief Brooks and his family fought for benefits under the Volunteer Firefighters Benefit Law. Senator Brooks, who served in the Seaford Fire Department for over 50 years, met with the family and assisted with the passage of the bill.

“I am grateful to hear this new legislation has passed,” Chief Brooks’s cousin Bryan Brooks, the Fire Chief of the Whitehall Volunteer Fire Company, said in a news release. “Firefighters protect lives and property under very strenuous conditions. I am pleased to know that the injuries my cousin . . . received in the line of duty could someday help another firefighter facing similar circumstances.”

Wantagh Fire Department Chief Thomas Bloomfield said in a statement that he hoped the bill would “provide current and prospective members with the assurance that they or their loved ones will receive some compensation should they become disabled, or worse yet, die, as a result of performing their duties as a Volunteer Firefighter or Medic.”

According to a study by the National Fire Protection Association published in 2021, sudden cardiac events consistently accounted for the largest share of on-duty firefighter deaths. Cardiac-related deaths have comprised 43 percent of on-duty deaths over the past decade in the U.S.

A 2017 study funded by the American Heart Association linked extreme heat to an increased risk of heart attacks in firefighters. Studying a group of 19 nonsmoking firefighters in Scotland, researchers concluded that the increased physical exertion and high temperatures increased the risk of blood clotting.

Assemblywoman Woerner said she was pleased to co-sponsor the legislation. “Volunteer firefighters are an invaluable part of our safety, and this legislation is a small way to provide security for the families of firefighters who incur this life-threatening injury while volunteering on our behalf,” she said in a news release. “Firefighters and their families deserve this benefit for the risks and sacrifices they make to help and protect our community.”

Bloomfield, a firefighter for more than 30 years, said he was well aware of the dangers. In addition to initial exams in order to join a department, volunteers have annual examinations to maintain their health, he said. They are closely monitored by EMS personnel during training, after periods of heavy exertion and in extreme weather.

“I chose to be a volunteer firefighter, as do most volunteers, in order to help my community,” Bloomfield said, “and I get a great deal of satisfaction and fulfillment from doing so. In addition, I enjoy the camaraderie of working beside other like-minded people for a common goal. While not all dangers can be eliminated, proper training and discipline can help minimize some.”