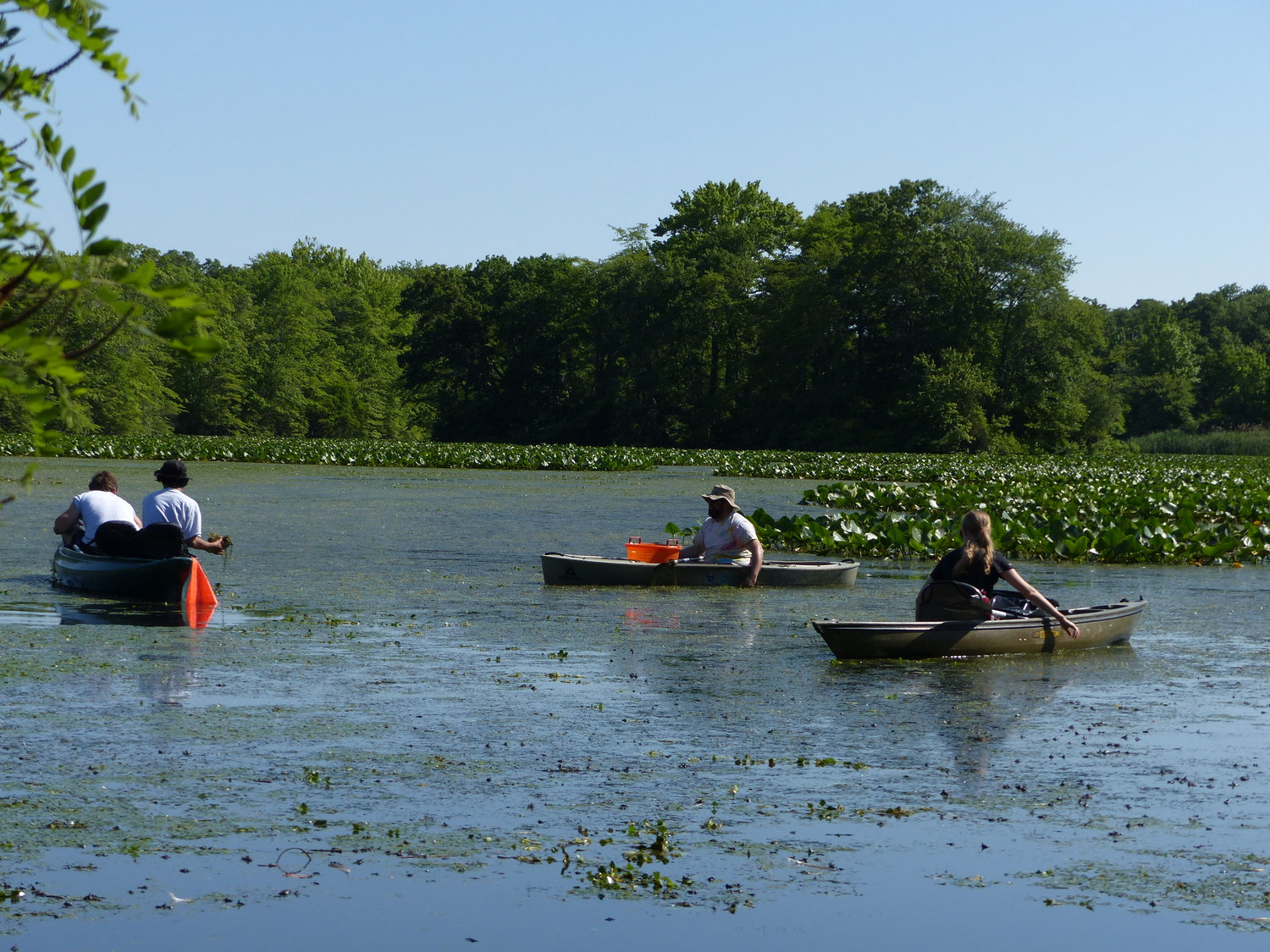 Department of Environmental conservation workers and volunteers pulled water chestnut out of the pond in kayaks and canoes, which aren't usually allowed in Nassau County ponds.
Michael Malaszczyk/Herald 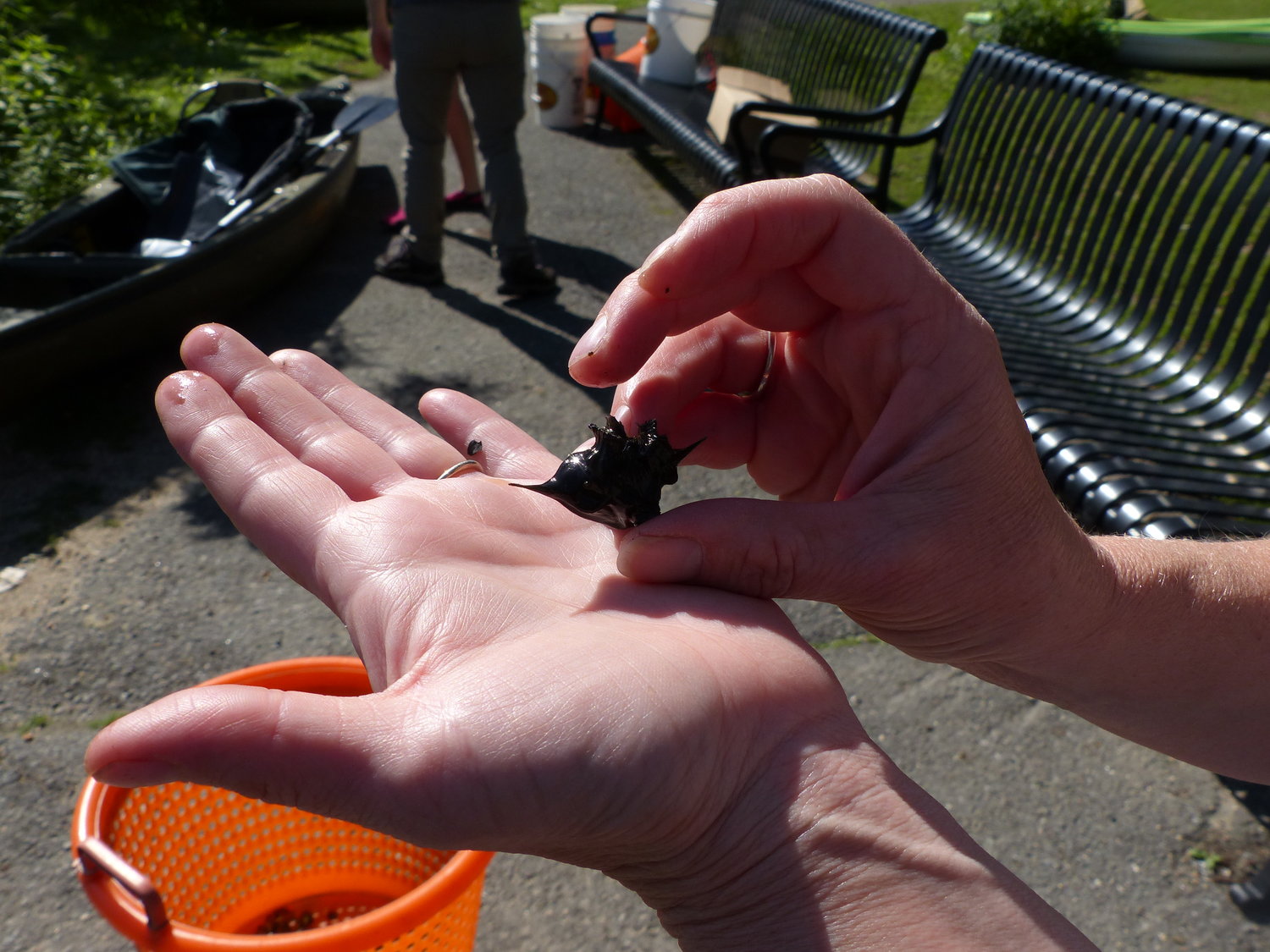 Mill Pond, previously known as Jones Pond, is a popular freshwater fishing spot, with easy shore access and a naturally reproducing population of fish including largemouth bass, pickerel, carp, yellow and white perch, crappie and catfish. The pond is also popular with bird watchers because it is a haven for geese, swans, ducks and herons.

In recent years, however, the pond has been plagued by invasive water chestnut. Originally from Asia, water chestnut grows unchecked in lakes and ponds, outcompeting native plant species and producing massive overgrowth that affects local populations of birds, fish and other plants. The chestnut itself is a small, barbed nut that floats, and sticks to birds. The plant also reduces aquatic oxygen levels.

The cleanup has taken place annually at Mill Pond for about seven years, although the DEC — while appreciative of the community effort — would like to render it no longer necessary, and experts hope to put a harvester in Mill Pond that would stop the water chestnut from reproducing.

“What we’re really doing here with this cleanup is management of the problem, not solving the problem,” O’Riordan said. “Putting a harvester in is what would actually solve the problem.”

But getting a harvester into the pond wouldn’t be easy. Despite its proximity to Massapequa Lake, Mill Pond, Massapequa Lake and the nearby Twin Lakes Preserve — which also suffers from water chestnut infestation — fall under different jurisdictions.

But last weekend’s cleanup was a success, with 15 volunteers pulling water chestnut out of the lake, wearing waders or using kayaks. According to O’Riordan, the volunteers collected some 1,500 pounds of the plant, filling 50 trash bags.

Rhoads, who is running for State Senate, was an active participant, climbing into a kayak and helping filled the trash bags. He said he believed it was vitally important to preserve Nassau County’s natural habitat, and noted that as the county becomes more and more urban, smaller preserves like Mill Pond are threatened.

“On the county side, we put a lot of effort into maintaining quality parks,” Rhoads said. “But our preserves sometimes tend to get neglected. That’s why, every year, we coordinate this with the Department of Environmental Conservation.”