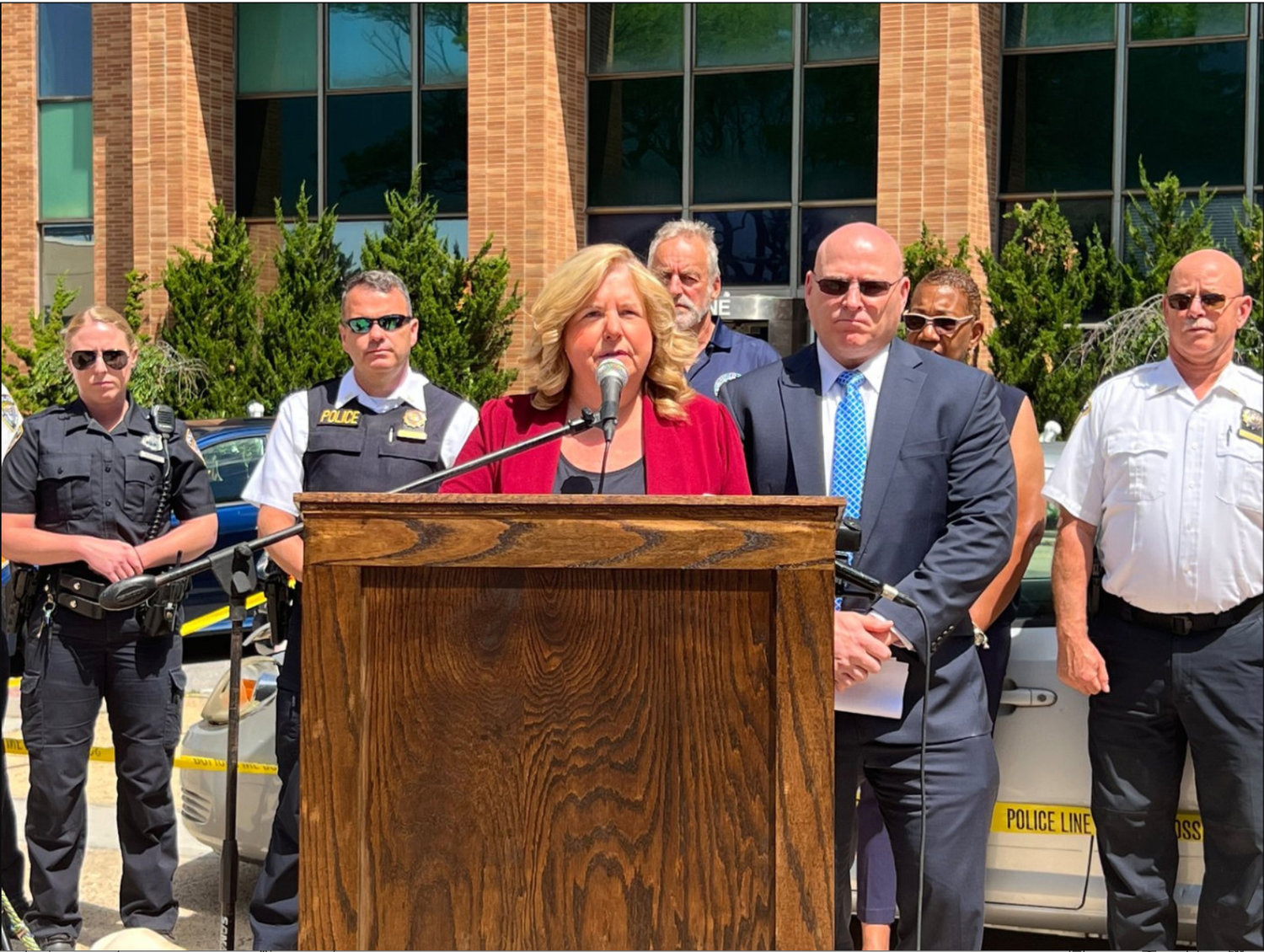 Jackson Metellus of Valley Stream was sentenced to 15 years in prison on Dec. 12, 2022.
Herald File Photo/Tim Baker
By Juan Lasso

A Valley Stream man was sentenced to 15 years in prison on drug and weapons charges by county prosecutors after a search of the man’s residence turned up two firearms and a stash of drugs.

Jackson Metellus, 41, was convicted after a jury trial on November 10, 2022, before Nassau County Court Judge Christopher Quinn. Metellus was sentenced to 15 years in prison and five years post-release supervision on Dec. 12, 2022.

Nassau County police responded to a call of a possible hostage situation at the Valley Stream residence on Oct. 13, 2020, at 5:50 a.m. when detectives allegedly discovered a black duffel bag containing pills such as clonazapem and zolpidem, a digital scale and other drug paraphernalia, cash, and a 22. caliber revolver alongside a loaded 45. caliber semi-automatic pistol in the basement that Metellus rented out.

Detectives also found cocaine, methamphetamine, and fentanyl in clear ziplock bags in a utility closet in the basement and ketamine in a safe in the defendant’s bedroom.

“This defendant had two illegal handguns in his possession – one loaded – drug paraphernalia, and various drugs intended for sale,” said Nassau County District Attorney Anne Donnelly. “Some of the drugs, when tested, were determined to be incredibly deadly fentanyl. We are thankful that these lethal drugs did not hit Nassau County streets and that this dangerous individual will be imprisoned and unable to cause any further harm to our communities.”

Deputy Bureau Chiefs Tova Simpson and Gregory Murphy of the District Court Trial Bureau prosecuted the case while they were members of the Narcotics, Firearms, and Gangs Bureau. Metellus represented himself at trial with his lawyer Don Rollock.

James A. Dever School is a bully-free zone