A week of Catholic pride 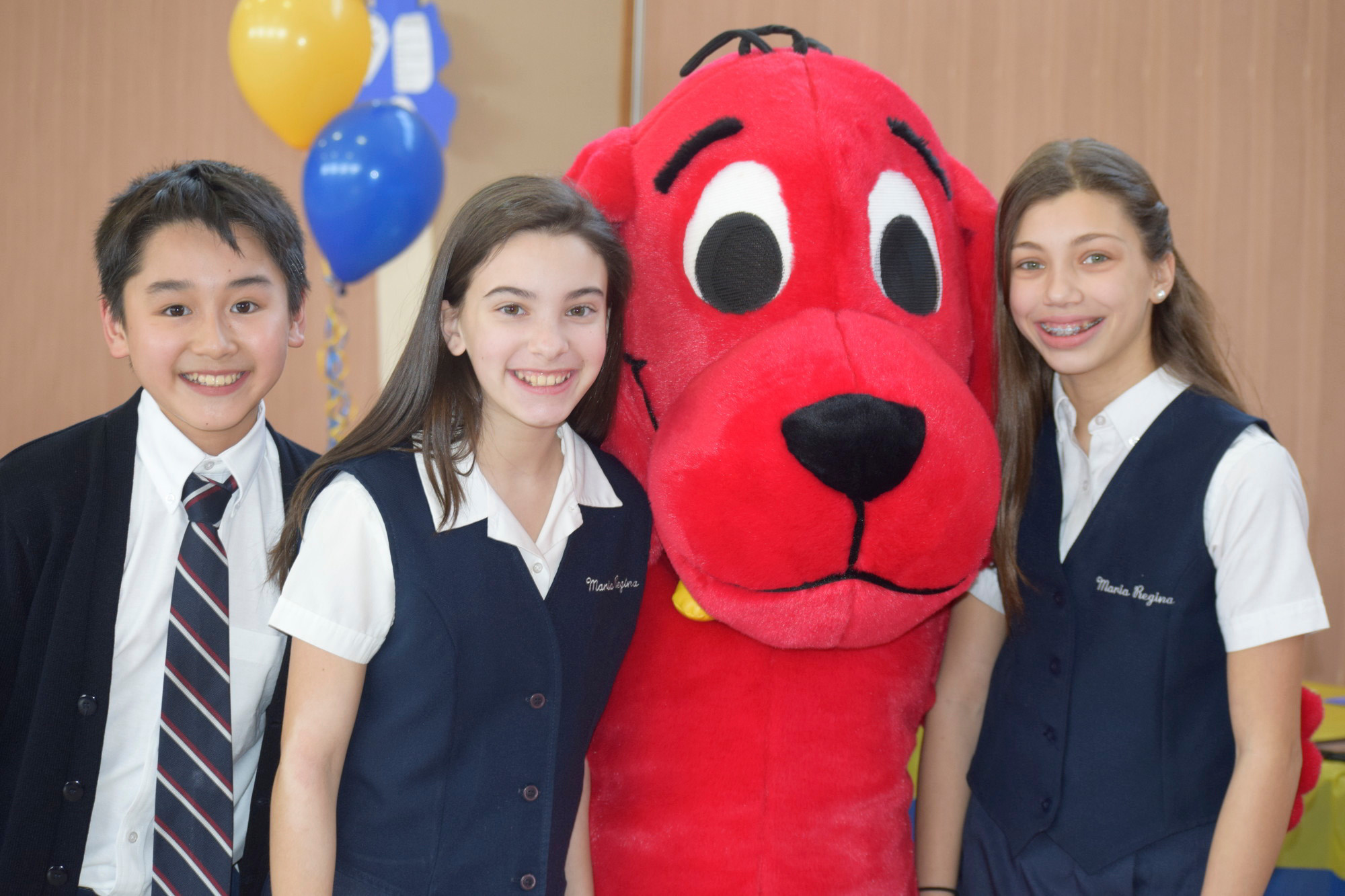 By Julie Mansmann and Rebecca Anderson

Educators, parents and students at two local parochial schools are ready to open their doors and show visitors what makes their communities special during Catholic Schools Week.

The annual celebration of Catholic education in the United States — will be celebrated from Jan. 29 and Feb. 4. In Wantagh-Seaford, leaders of two local schools — St. William the Abbot and Maria Regina — will host open houses and educational, recreational and service activities for students, families, parishioners and community members.

Maria Regina, a Catholic elementary school in Seaford, will host tours on Sunday. Principal Leona Arpino said that current students will show off classroom projects and artwork to prospective families, in addition to answering questions about the school.

“We try to focus on the best things that we have to offer here at Maria Regina and the things that make us different compared to other schools in the area,” Arpino said. “Every year we try to either increase the curriculum or social and spiritual programs.”

Arpino said that Maria Regina takes in students from the surrounding neighborhoods such as Wantagh, Levittown and Massapequa, as well as Suffolk County communities like Amityville, Copiague and Babylon. St. William the Abbot, another Seaford Catholic elementary school, also attracts families from across the region.

“People who have gone to school here have good experiences, and they want those same things for their children and grandchildren,” she said. “It’s definitely a school that’s steeped in tradition, but on the other hand, academically and technologically advanced.”

Bricker and Arpino said teachers would be on hand at their schools’ respective open houses to answer questions about the quality of education that students receive. They noted that faith is part of lessons and classroom activities. For instance, Bricker said that much of the St. William curriculum incorporates STREAM — science, technology, religion, engineering, arts and math.

Lauren Gibbons, who has taught seventh- and eighth-grade English Language Arts classes for seven years at St. William the Abbot, said that students analyze texts through a Catholic lens. “It lets students put their faith into practice and challenges them to think about what it looks like in the real world and outside of the bubble of their school,” she said. “As Catholic school teachers, we are given the opportunity to challenge kids academically every day, but we also get to act as guides and spiritual role models.”

Educators will also tell prospective students and their families about how technology is used in their classrooms. St. William the Abbot School has a “state-of-the-art computer lab with a 3D printer,” Bricker said; at Maria Regina, Arpino said, students in grades six through eight use Chrome Books.

“It extends their learning and makes it go beyond the classroom,” Arpino explained. “Every student is able to access different apps or websites and can work on assignments at home, using Google Classroom.”

Gibbons also said she thinks the week is meant to celebrate Catholic schools’ commitment to community service and programs that build camaraderie among children and their families.

From the new students vs. teacher volleyball game to Crazy Sock Day, Bricker said that current St. William the Abbot families will have plenty of chances to come together and have fun. Karen Gannon, president of the Home School Association, noted that her group is providing lunch for faculty members on Teacher Appreciation Day and a Student Appreciation Day fundraiser/family night at Houlihan’s of Farmingdale on Jan. 31 from 5 to 9 p.m.

Gannon, of Seaford, said that she fell in love with the school shortly after enrolling her daughter — Casey, who graduated from St. William the Abbot last year — in pre-kindergarten. She said that Casey is now thriving at St. John the Baptist Diocesan High School in West Islip because of the education she received at St. William the Abbot.

“I always tell new parents that if I did not fully believe in the quality of education that my kids were getting, I would never put in the time and energy that I do at this school,” she said. “It’s a much smaller environment that gives kids the opportunity to learn and meet everyone in their grade … We love the sense of community.”