Activists rescue cat with trap around its foot in Baldwin 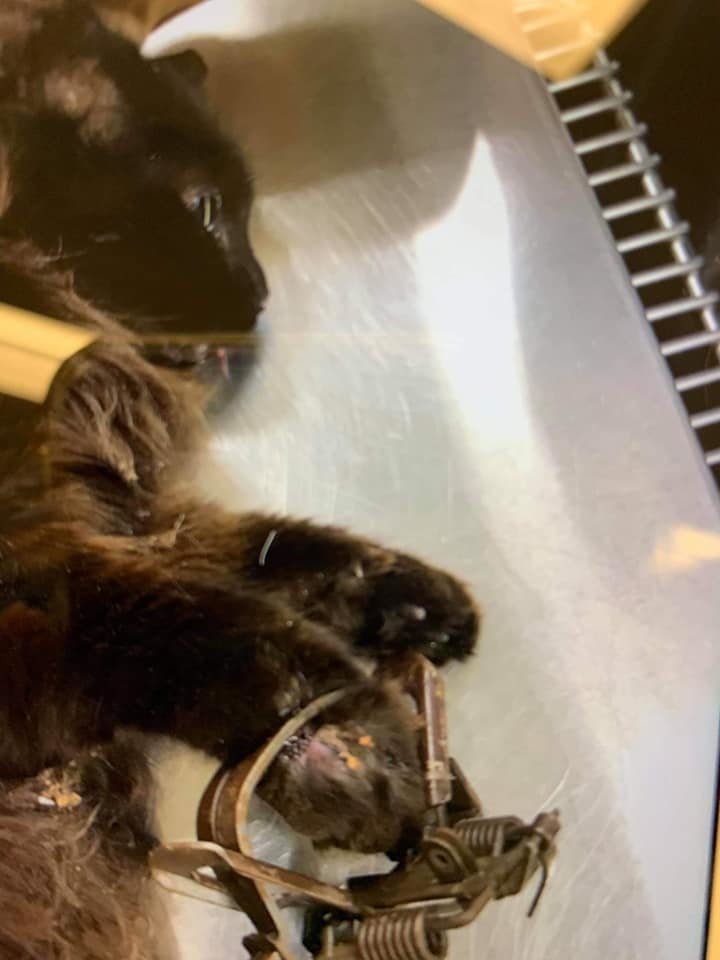 The cat that has been walking around Baldwin with an illegal foot trap around its paw has been taken in by cat trapper John Debacker, he said on his Facebook page. “He’s safe,” Debacker said in a May 21 social media post. Debacker rescued the animal with the assistance of a number of Baldwinites.

Debacker said the cat is being treated at Westbury vet, and that amputation of the paw is not necessary. But the animal is still injured, he said, and still faces days of rehab to treat the paw.

A representative from Nassau County Society for the Prevention of Cruelty to Animals said the organization is offering a $5,000 reward for information leading to the person who laid the traps. The traps were discovered by Baldwinite Ursala Lipitz, who noticed the trap around the paw of a cat in early May. That cat allowed her to remove the device. The second cat, the one rescued May 20, had the trap around its foot May 8, but did not allow anyone close enough to remove it.

Four more traps were found in Baldwin after that, including one that had the decomposed corpse of what appeared to be a raccoon still inside it.

The device is a coil-spring trap, activated when an animal steps inside it, made by Duke Traps. Duke Traps, according to its website, manufactures more than 30 different traps used to harvest and control wild animal populations. Their use in Baldwin, though, appears to violate State Department of Environmental Conservation guidelines.

Trappers must be licensed by the DEC before they can lay any traps, and any device placed must have a tag with the person’s name and license number. None of the ones found in Baldwin had any such information. Even if someone with a license placed the traps, it would not matter, because state permits do not allow the trapping of cats or dogs.

Trapping raccoons requires a license, according to the DEC; however, the law allows unlicensed homeowners to kill them if the animal has damaged property. But the department recommends taking alternative measures before trying to kill raccoons. Furthermore, the DEC states, trapped raccoons must be removed from the devices once caught.

The placement of the traps also appears to be illegal. According to the DEC, they cannot be placed within 100 feet of a public road. Debacker said the traps have been found in bushes near Baldwin streets, prompting area pet owners to worry about the safety of their dogs and cats.