And the beat goes on 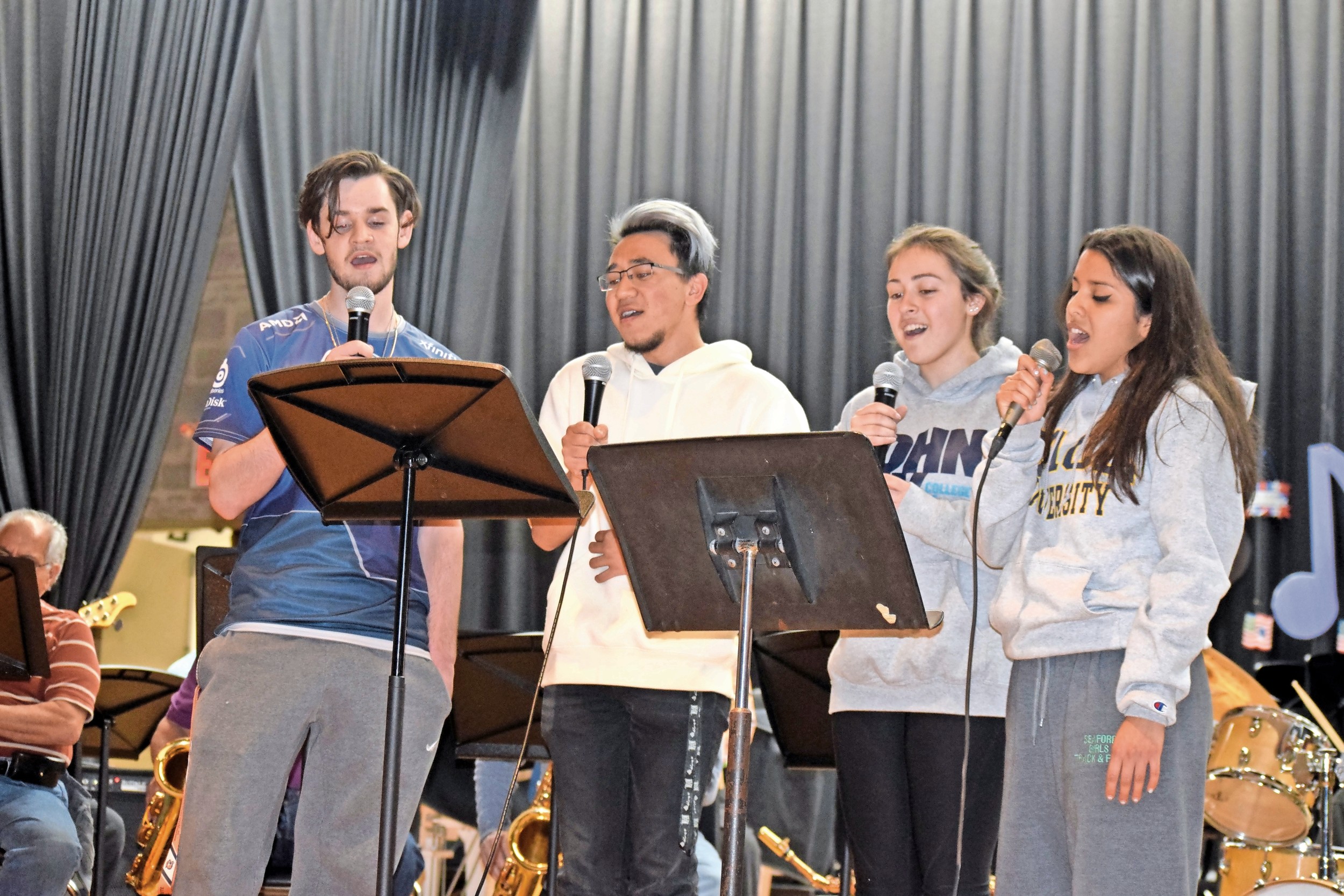 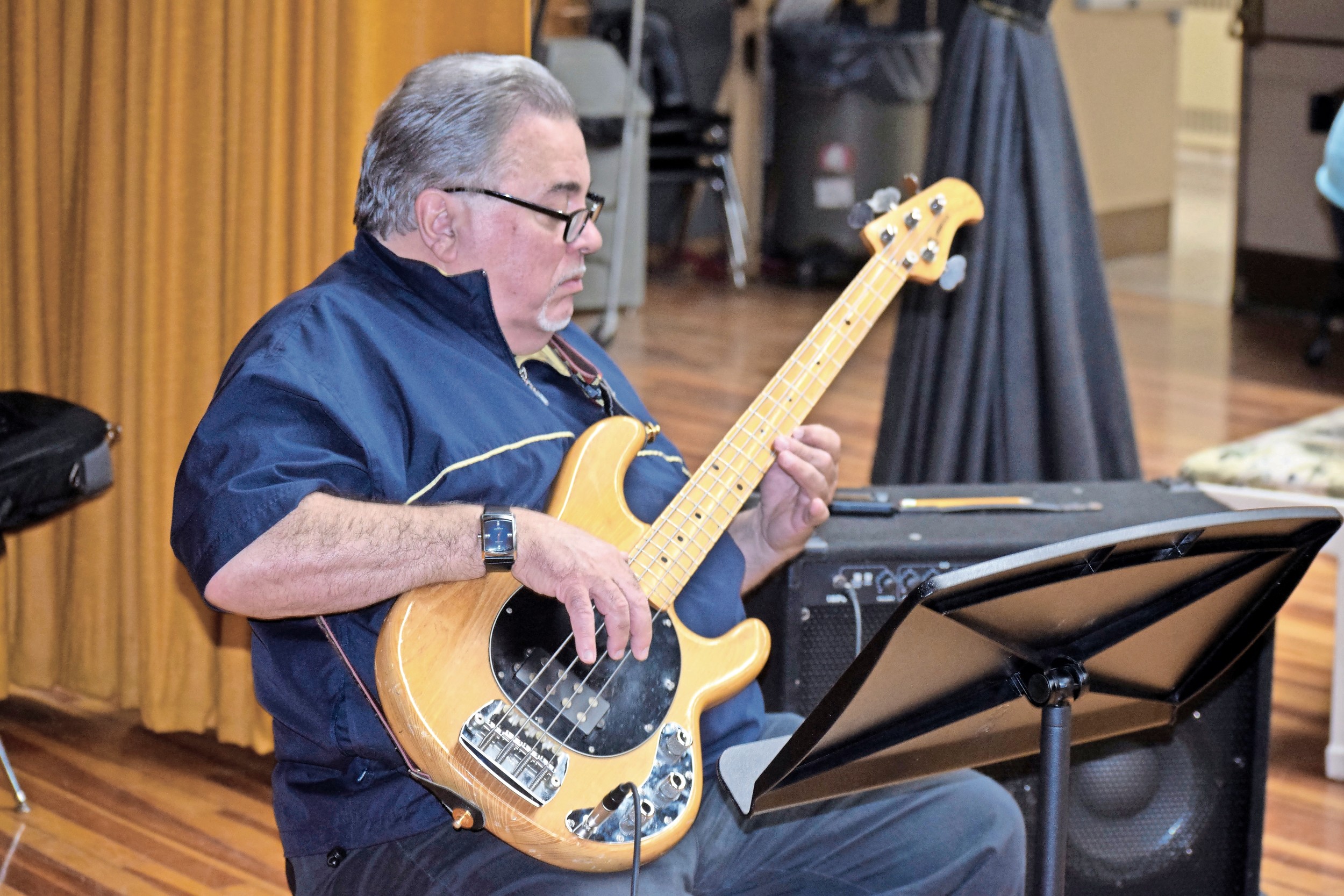 Cliff Heepe, a longtime member of the band, tuned his guitar for the spring concert.
Rebecca Anderson/Herald 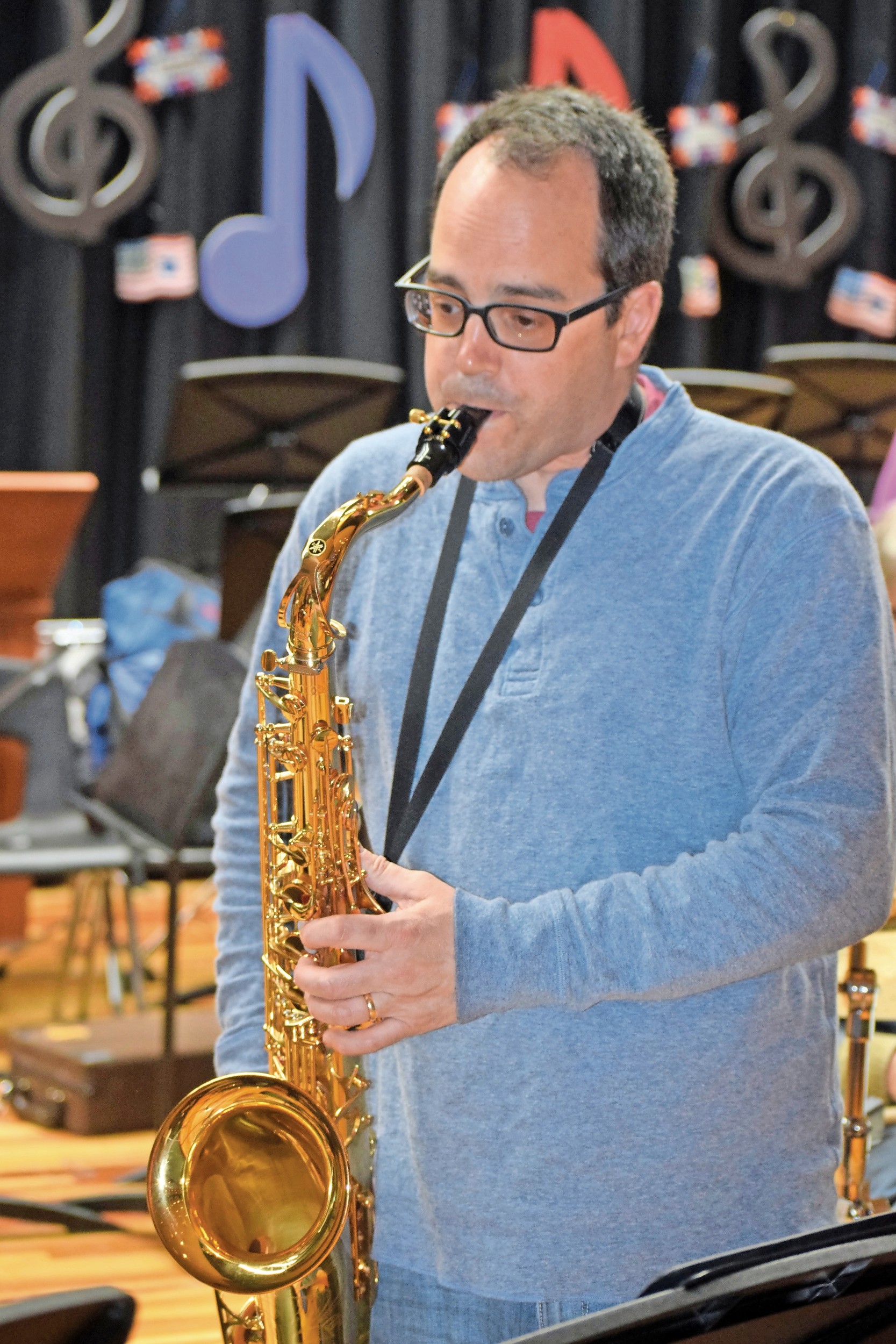 Christopher D’Orio has played the tenor saxophone in the Seaford Community Jazz Band for four years.
Rebecca Anderson/Herald
Previous Next
By Rebecca Anderson

An ensemble of 55 musicians performed Broadway tunes and orchestra pieces at the Seaford Community Band and Jazz Band spring concert at the high school on May 13 in honor of Joseph Manso — the former chairman of the high school’s music program and band director who helped create the jazz group, which celebrates its 30th anniversary this year. Manso died of cancer in his Massapequa home last January. He was 85.

“Joseph Manso’s passion for music and teaching was as great as the legacy he left behind,” Seaford Superintendent Brian Conboy said. “For more than 30 years, he impacted the lives of numerous Seaford students … and transformed our small music department of the 1950s into a thriving music program, raising the caliber and notoriety of our high school band.”

The Port Washington native started his music career after he was drafted into the military. Manso was a trombonist and a conductor of the Army Band at Fort Hood, Texas. After he was discharged, he attended SUNY rom the Crane School of Music, where he also met his future wife, Adele Ann DiVito. He later received a master’s from  Columbia University.

In 1957, Manso started working in the Seaford School District. He was appointed director of music for the high school band in 1967, and went on to earn national and international recognition for his own personal performances.

In the 1980s, Manso began bringing local musicians together to perform. That was how the Seaford Community Jazz Band started. Many members of its members are Seaford School District alumni.

“It’s like an extension of Joe,” John Goess, a band member, said. “This was supposed to be a one-time thing, and then Joe decided we were going to keep on going.”

Manso worked in the Seaford schools for 31 years. The high school auditorium bears his name because district officials wanted to honor him after his 1988 retirement.

After Manso died, the jazz band memorialized him at its annual spring concert at the high school last year. Keith Schmidt, the band director for five years, said that members decided to honor him again this spring.

“I think that every year from now on, this concert will be a tribute to him,” Schmidt said. “I think it’s really important that the community comes out and keeps playing and keeps this ensemble moving … It’s nice seeing people from the age of 14 all the way up to people in their 80s come out to the concert.”

This year, five high school students sang in the chorus or played trumpet. Christopher Ho, a senior, said this was his second time performing in the jazz band. “Music is a big part of our lives,” he said. “This is one of those things where it’s critical to keep someone’s tradition alive. If we don’t, then who will?”

The concert ended on a high note, issuing eliciting roaring applause in the Manso auditorium. Conboy said the show was a heartfelt reminder of one of Seaford’s most cherished teachers. “The establishment of the Seaford Community Band is a tradition, and one that must go on to not only pay tribute to a remarkable musician and teacher, but to inspire future generations of musicians in our community,” he said.