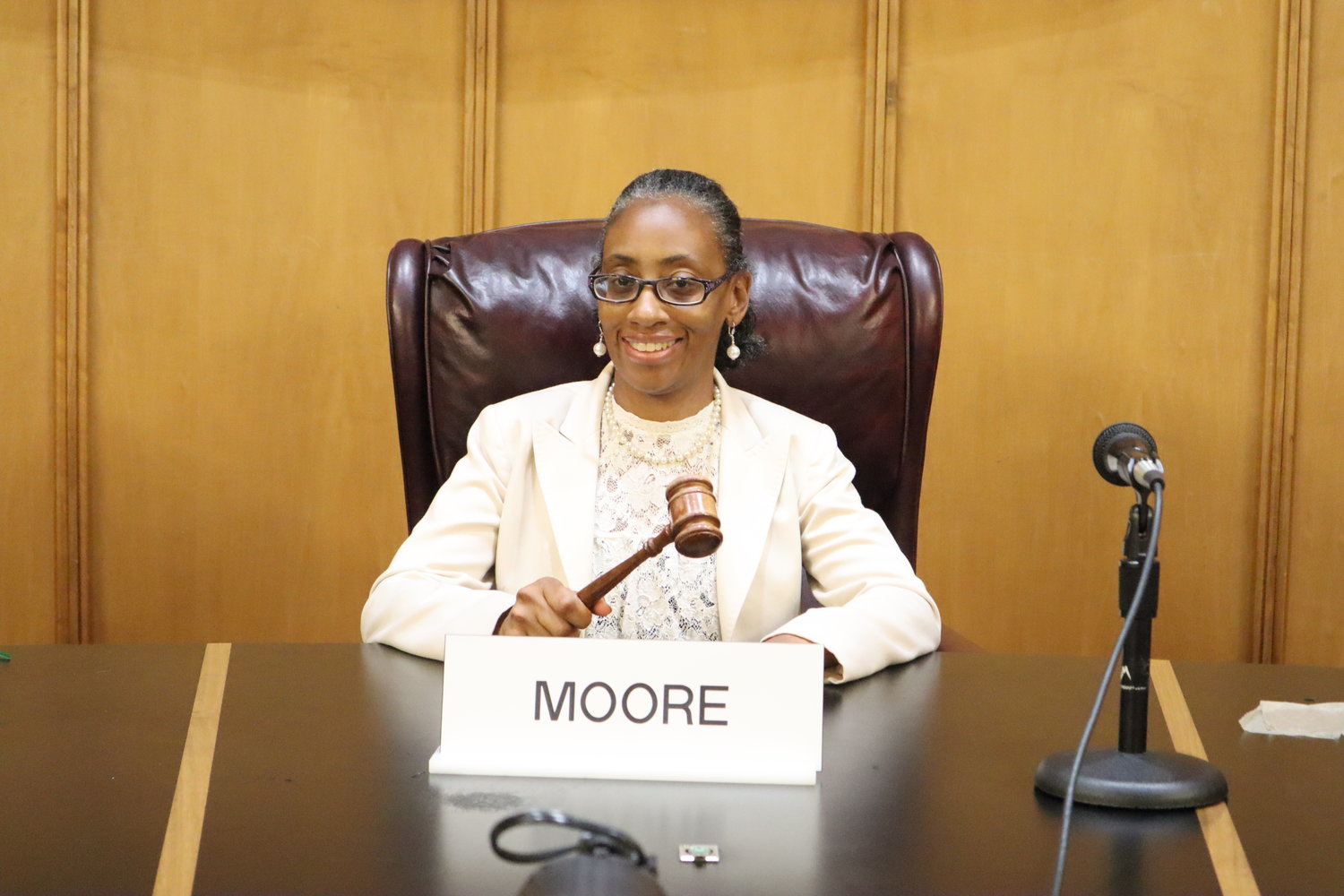 Moore, 51, was named deputy county executive for health and human services. Her first day was Tuesday. The post pays $160,000 a year.

“Anissa is a proven leader with a track record of getting things done,” Blakeman said. “As deputy county executive for health and human services, she will be tasked with overseeing some of our county’s most integral departments that serve our most vulnerable populations. I look forward to working with her to improve the lives of Nassau residents.”

Moore, who had established herself as a community leader in Long Beach over the years, said last Friday, “This job is a perfect fit.”

She said she would review the departments under her purview — social services, youth and aging — before recommending any major policy changes.

Because of the coronavirus pandemic, Moore said, many Nassau residents have suffered losses, and as a result, county services are particularly important at this time.

“This is true especially if you’re part of a marginalized group,” she said. “Right now, the goal is to assess what’s needed. As soon as that happens, I’m off and running.”

Moore said she first met Blakeman in 2016, at the first inauguration for State Assemblywoman Melissa Miller, a Republican from Atlantic Beach.

She said Blakeman knew she had established an organization where Blacks and Jews attended Shabbat services at Temple Emanu-El of Long Beach, along with the temple’s rabbi, Jack Zanerhaft.

Six years later, she said, “His transition team called me.”

Moore, who moved to Long Beach from Brooklyn in 2009, made headlines in 2015 when she became the first African-American elected to the City Council for a four-year term.

She then became the first African-American elected as City Council president.

She lost her re-election bid in 2019 when she ran as a Democrat on the Republican line, as part of a coalition ticket. She said she did not want to run with certain others on the Democratic line. But Nassau County Democratic Party Chairman Jay Jacobs said Moore’s actions were “a betrayal” of the party, and he refused to endorse her.

Moore had voted in 2018 against $2.1 million in bonds to fund separation payments for Long Beach workers who had left the city’s employ and who were owed back pay for unused sick and vacation days. Voting down the proposal, it was believed, could have led to layoffs of city workers and other cuts. Later, however, State Comptroller Tom DiNapoli’s office audited the payments and found the city had made hundreds of thousands in separation payments to employees that they were not entitled to. The county district attorney’s office also investigated.

Before becoming a deputy county executive, Moore was a communications professor at Nassau County Community College. She said Friday that she would take a leave of absence from that post. She is also an ordained minister at her church, the Evangelical Revival Community Church in Long Beach. And she is an author and public speaker.

Rabbi Jack Zanerhaft, of Temple Emanu-El of Long Beach, who has known Moore for years, said, “We are so fortunate to have Anissa re-enter public service. As a woman of color, and a woman of faith, Nassau County has not only an excellent deputy county, but a role model for all of us.”

Moore said her new position would not deter her from continuing her community activism in Long Beach.