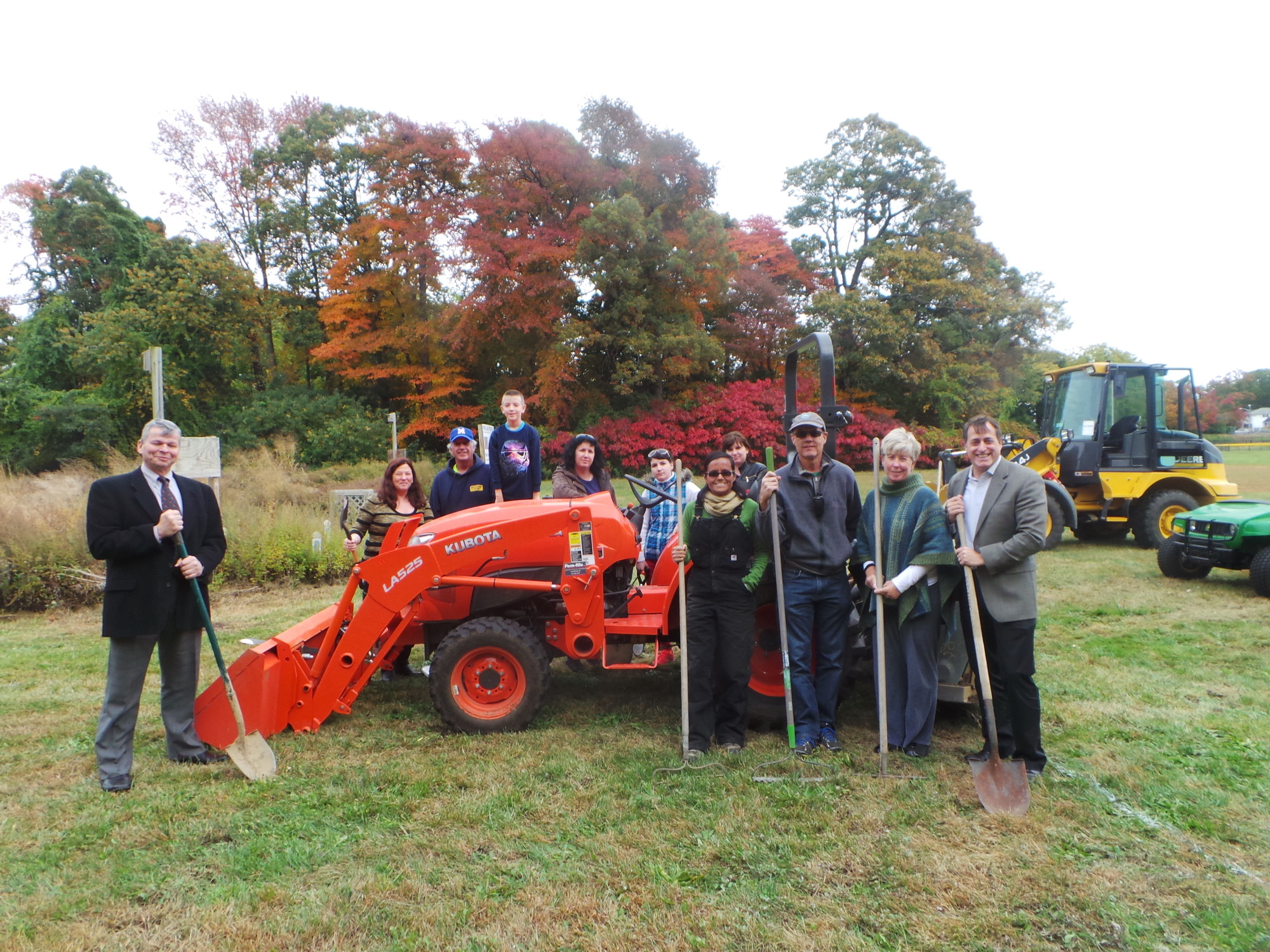 Farm, school and Malverne Rotary officials got together on Oct. 27 to break ground on a new farm at Malverne High School, which will grow produce for charities and become a scientific learning experience for students.
Rossana Weitekamp 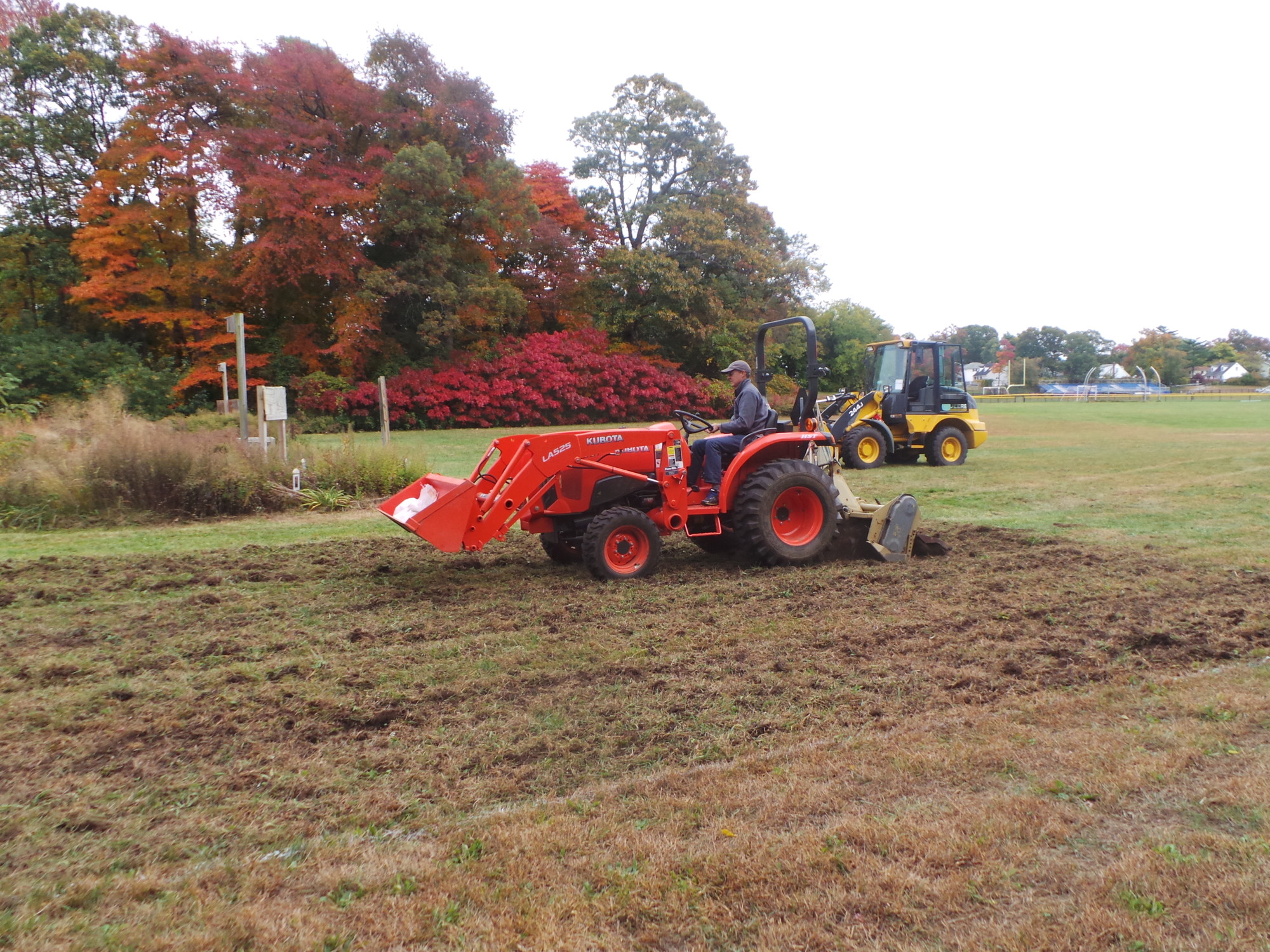 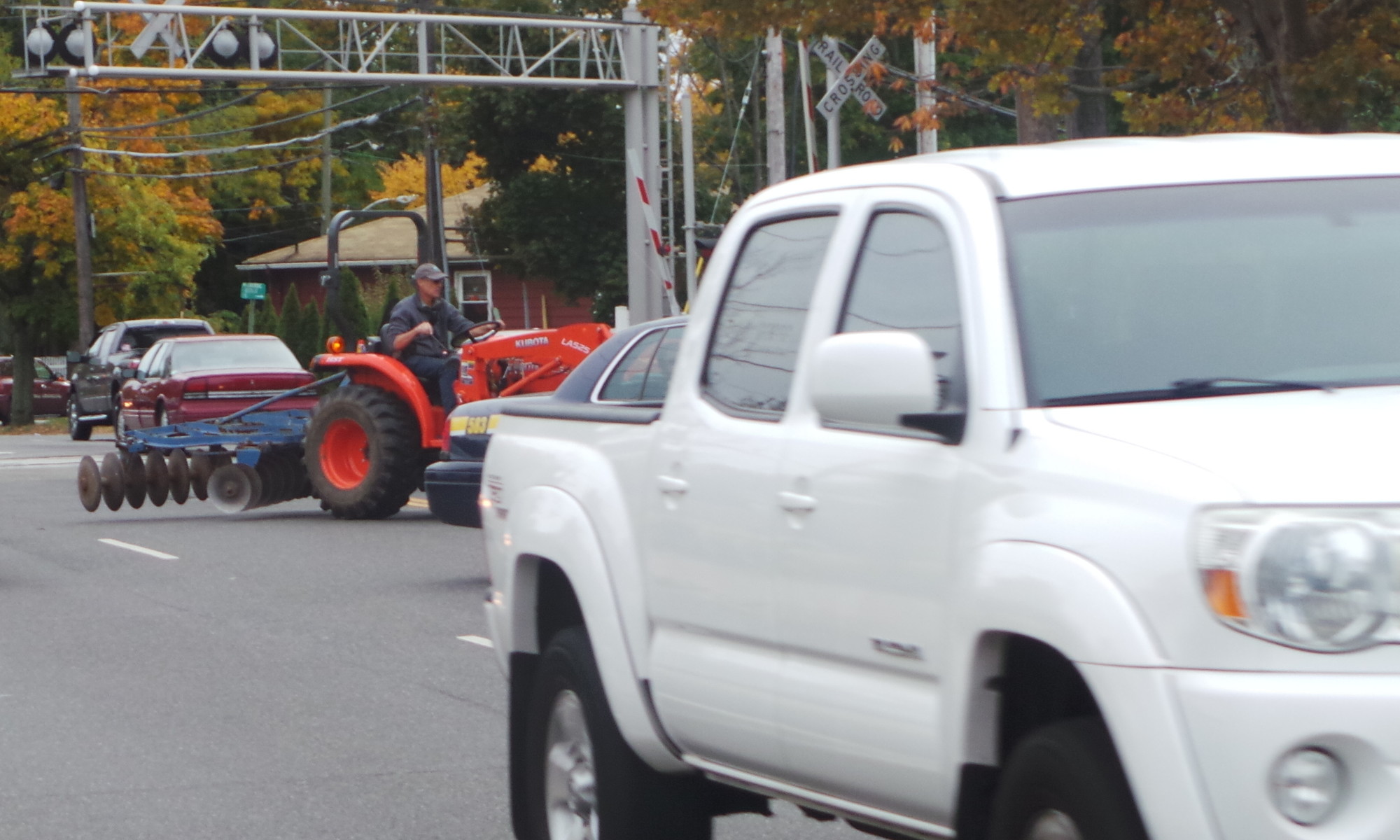 Despite the fact that Crossroads Farm has been an integral part of life in Malverne for the past several years, a big red tractor making its way along Ocean Avenue on Oct. 27 was still a unique sight for drivers, who craned their necks to catch a glimpse as the slow-moving vehicle was escorted down the road by Malverne police.

Publicity stunt? Not at all. It was simply an easy way to facilitate a new farm at Malverne High School.

Sponsored by the Malverne Rotary, Crossroads Farm is working with the high school to create a farm that will be maintained by students and will grow crops destined for Long Island food banks.

After a groundbreaking ceremony with local politicians and school officials last week, farm volunteers got busy with the work of tilling and disking the soil, with the help of the tractor. “We mean this to be a productive effort, and don’t see it as symbolic at all,” said Rick White, who serves on the board of directors for the Nassau Land Trust. The garden, northwest of the football field, measures 26 x 71 feet — large enough to provide substantial produce to food banks while giving students an opportunity to learn about gardening.

“The farm is all about experiential learning,” said White, who is coordinating the project with Dr. Steven Heller and Shannon Kelly, two of the high school’s science teachers. Heller, a former professor at Stony Brook University and a recent hire at the high school, now oversees science research projects there.

“This is a good cooperative effort, and down the road we’ll have to see how it will be used best,” Superintendent Dr. James Hunderfund said when asked if the farm would be part of the STEM program being planned at the school, focusing on science, technology, engineering and math. Hunderfund said the school is working with Nassau BOCES and others on a program to replace the Doshi STEM program at the Long Island High School of the Arts, which is in danger of closing.

After the ground was prepared, White and Crossroads Farm’s greenhouse manager, Stephanie Kane, began seeding with winter rye, which grows in fairly cold conditions and is an organic farming tool, providing the soil with nutrients. “If the rye grass doesn’t come up in the winter, it’ll come up in the spring,” White explained. “It’s a green compost for this soil, which is pretty sandy and lacking in nutrients.”

What will the students be growing there? “We want to grow things that kids can experience while they’re in school,” White said. A final list of plants and crops will be determined soon.