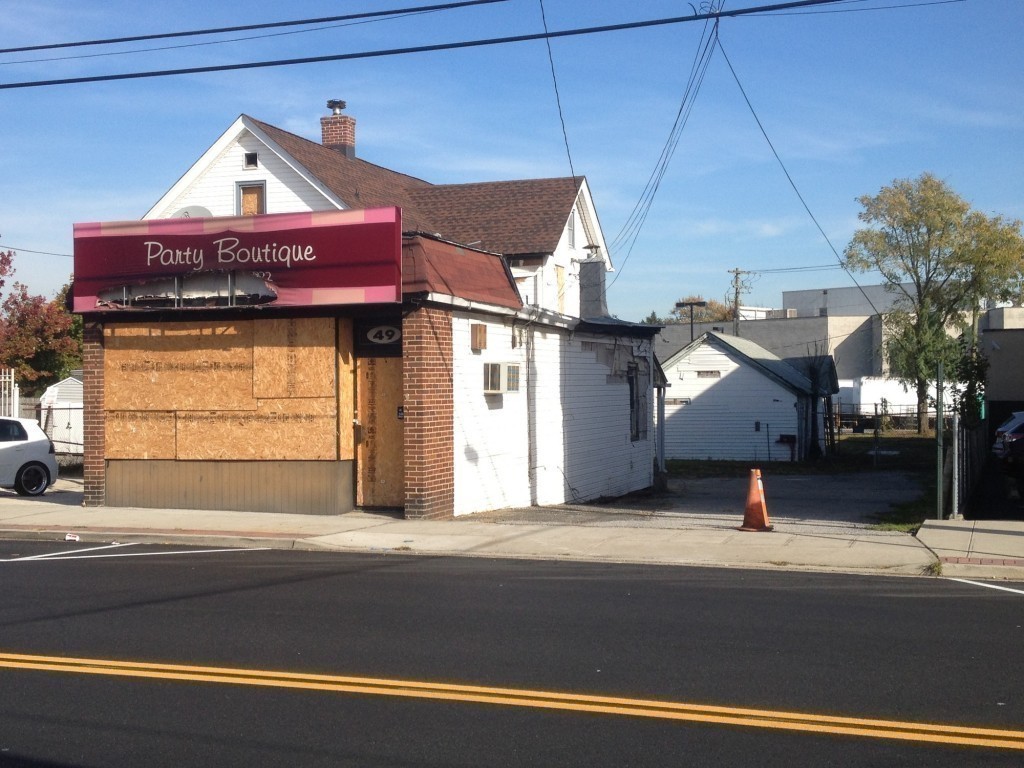 The proposed complex would replace the defunct Party Boutique, which caught fire in February, and extend into the vacant lot behind it.
Micah Danney/Herald
By Micah Danney mdanney@liherald.com

The Valley Stream Board of Trustees heard public comments on Monday on a mixed-use apartment building proposed for 49 N. Central Ave., which would require a zoning change to allow for residential units.

The proposed building, The Promenade, would feature a 4,400-square-foot ground-floor retail space designed for three retail units, with four stories of rental units above. There would be 20 underground parking spaces, according to Michael Sullivan, an attorney for the KAY Development Group of Manhattan. The building would occupy an 11,350-square-foot footprint in an L shape that includes the empty lot behind the former Party Boutique, which closed after a fire in February. The developer has since purchased the property.

At a board work session last month, Sullivan described the proposal as a luxury development: 36 two-bedroom rental units of between 900 and 1,000 square feet, with amenities including balconies with plantings, a lounge, gym and laundry room on each floor and a 5,000-square-foot roof garden. The building would also feature around-the-clock valet parking and an attended lobby, which Sullivan said would make the location safer for residents.

“I think this and other projects like this are essentially the future of Valley Stream,” said Sullivan, who compared the project to the high-density housing construction that has revitalized Patchogue. “I think that’s acknowledged by this board much more than the board of 10 years ago.”

The developer’s principal, Bill Kefalas, is a Valley Stream resident who has operated in the village for the past two decades, Sullivan said.

Board assistant Vinny Ang, who has detailed knowledge of the proposed project, said it would move the village in a positive direction. “You have to build high-density housing in your downtown areas,” Ang said, also citing Patchogue as an example of such success.

Sullivan said that the building, which would be within walking distance of the train station, would be a draw for young professionals who want to be near Kennedy Airport and New York City.