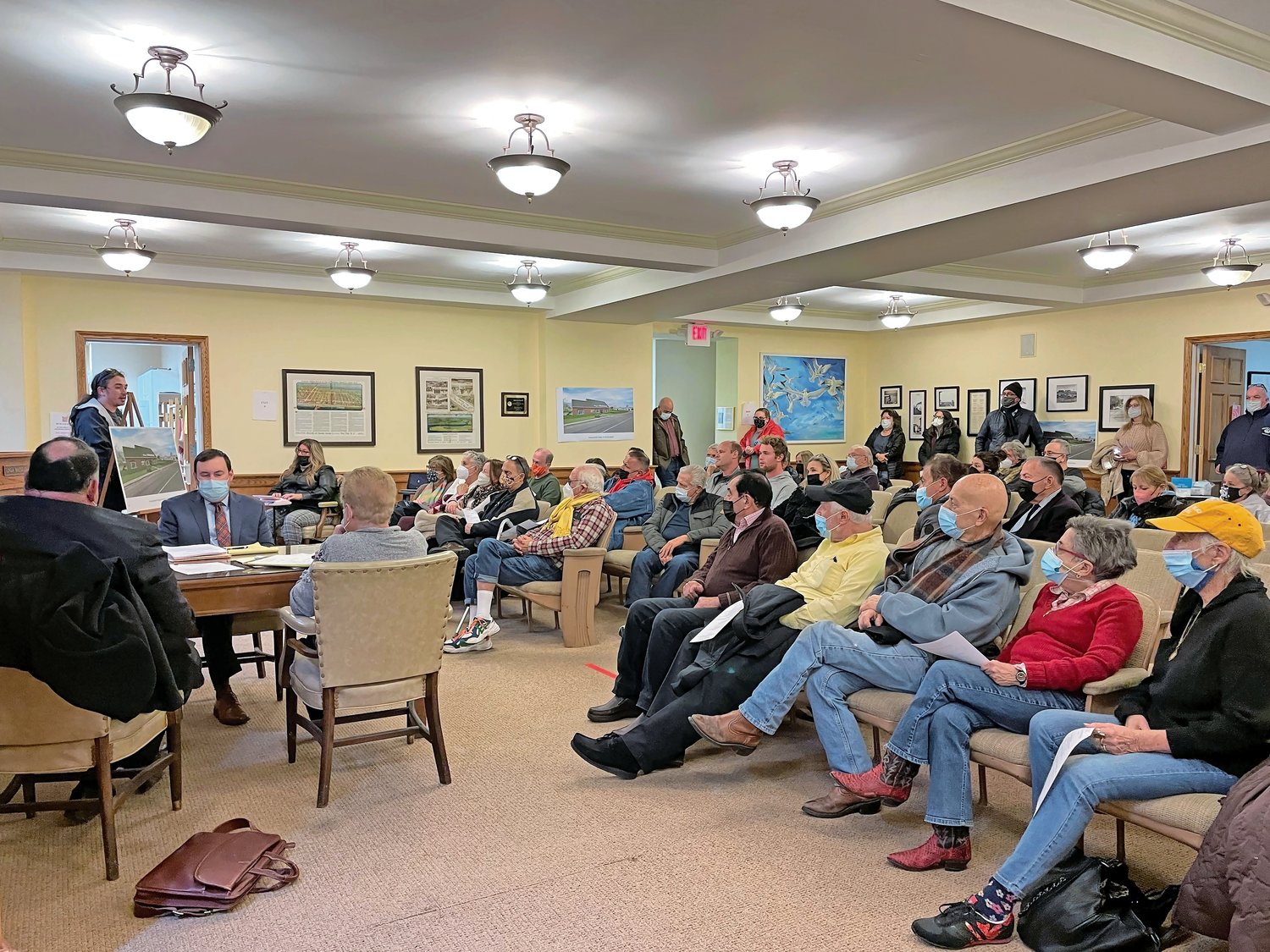 A public hearing on Monday, to collect public opinion on whether the Village of Atlantic Beach should obtain two vacant parcels of land by eminent domain, unearthed bubbling local controversies ranging from charges of anti-Semitism to whether the money would be better spent elsewhere.

One of the targeted properties is 2025 Park St., designated Parcel One, which includes a vacant structure that would be transformed into a community center and used as a recreational facility with beach lifeguard operations.

Parcel Two, at 2035 Park, would be used as a community park, with open space, seating and landscaping. The two properties total 18,500 square feet, and are adjacent to an existing village-owned recreational facility that includes tennis and pickleball courts and a basketball court.

Eminent domain is the legal right of a government to buy private land within its borders and to compensate the owner of the land.

The parcels have been vacant for two years, and in November, the Chabad of the Beaches, in Long Beach, purchased them for $950,000, Rabbi Eli Goodman explained.

Goodman said during and after the hearing that he sensed discrimination in the proposed eminent domain action. “It wasn’t until after we bought the property that this came up,” he told the Herald. “All we want to do is have something for the community.”

When Atlantic Beach Mayor George Pappas said at the beginning of the hearing that the purpose was to collect “feedback and comments from the public, so we can take all your opinions and questions in,” he got more than he bargained for, with the first four speakers endorsing the eminent domain idea.

Then, 49-year resident Phyllis Jonas asked how the village would pay for the land, and noted that it would most likely have to borrow the money. Jonas also asked about the money that would be needed to maintain the building and the surrounding land.

Another longtime resident, Richard Libbey, who has had a number of issues with the village over the years, opposed the eminent domain proposal, and recommended other locations for a community center.

“The idea of a community center at that location is horrible,” Libbey said. “I could give you five other locations that the village could build on and not pay for the land, probably. He suggested building on property by the Plaza closer to the ocean and constructing a swimming pool.

More hearing attendees expressed opposition to the eminent domain proposal, including Alek Squeri, a village lifeguard, who called the planned community center “unnecessary.” “What the lifeguards need are better wages,” Squeri said. “Competitive wages, not the lowest wages on the whole strip.”

John Squeri, Alek’s father, was upset that the village would consider “taking people’s property.” “Make them an offer. Shame on all of you,” he said to the board of trustees.

Another resident, Kevin Kelly, noted that it was difficult to judge the village’s plan without a specific proposal. “We can’t ask questions,” Kelly said. “What are the specifics?” Kelly added that the Park Street parcels are “not an ideal location,” for a park.

During his allotted three minutes, Goodman noted that government use of eminent domain is typically a “last resort: You want to build a road, a highway, train tracks, and you have no other choice.”

“The fact is, if the community really wanted this property, it was left vacant for two years, there was plenty of opportunity to build a community center,” Goodman said. “This is anti-Semitism. This is clearly something that we don’t even want to talk about, and therefore this could go many, many years in the courts.”

In total, 16 people spoke in person at the hearing, which was also livestreamed.

Have an opinion on the eminent domain proposal? Send a letter to jbessen@liherald.com.