Young runners get ready for competition in Detroit 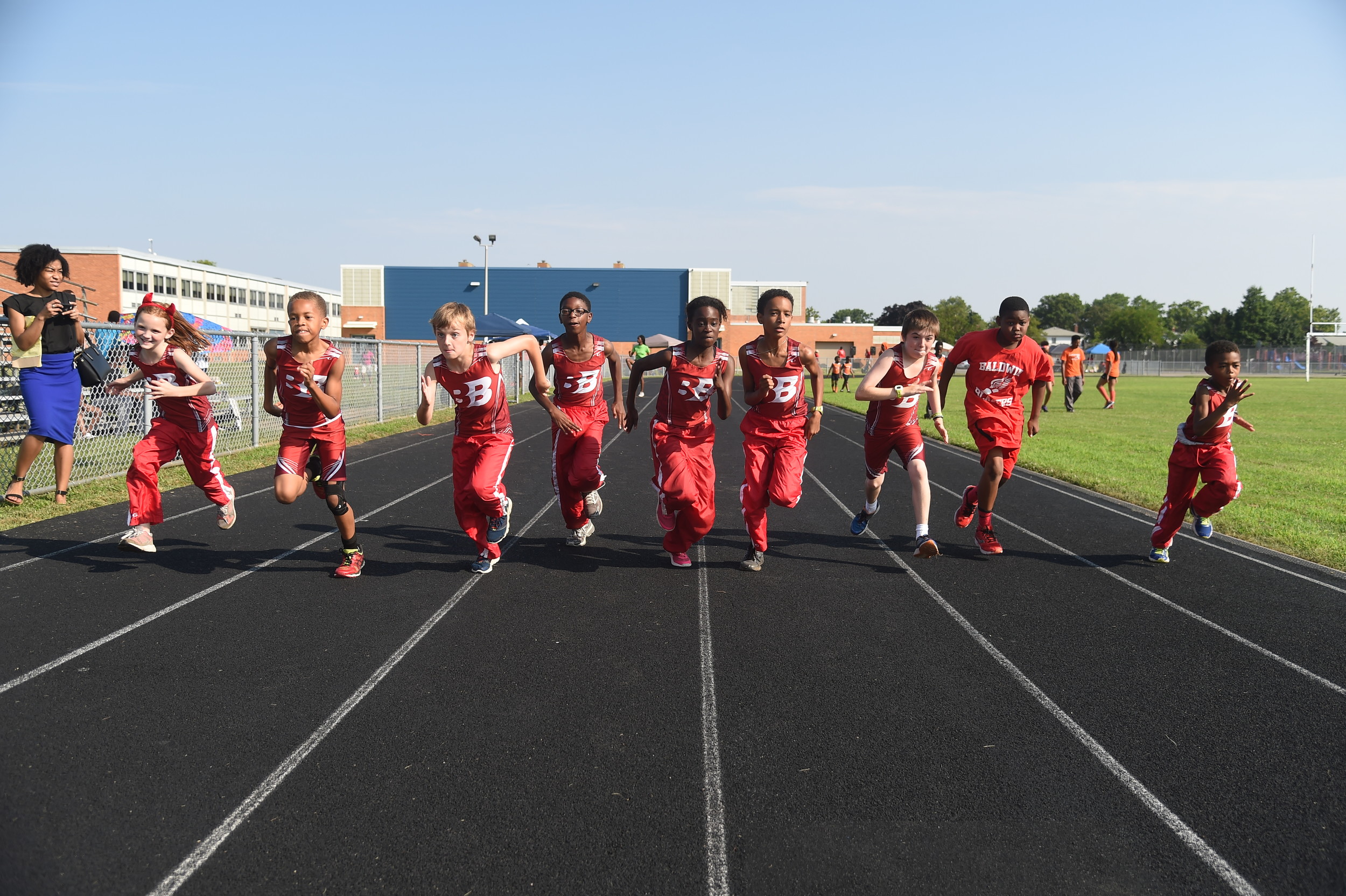 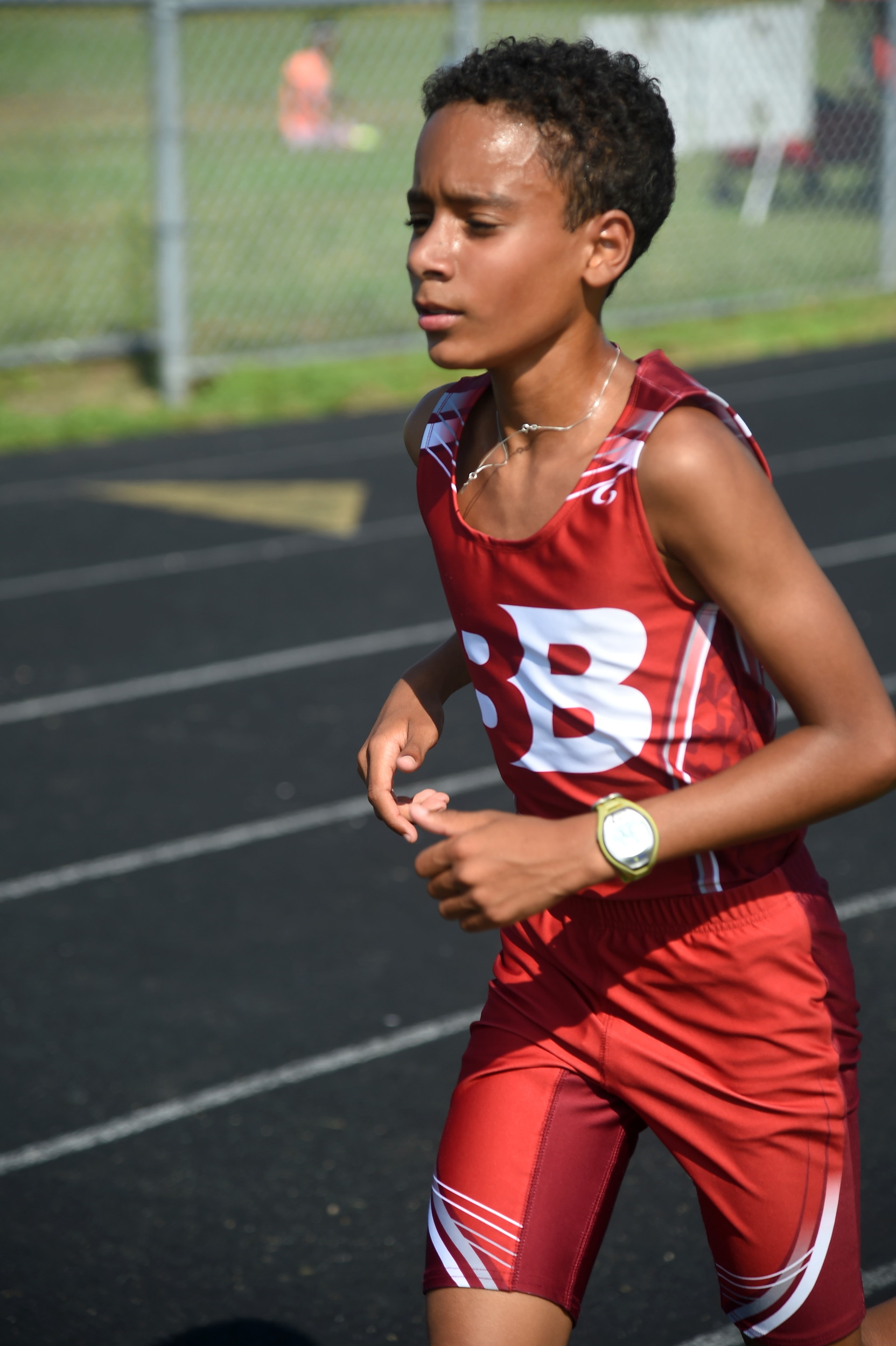 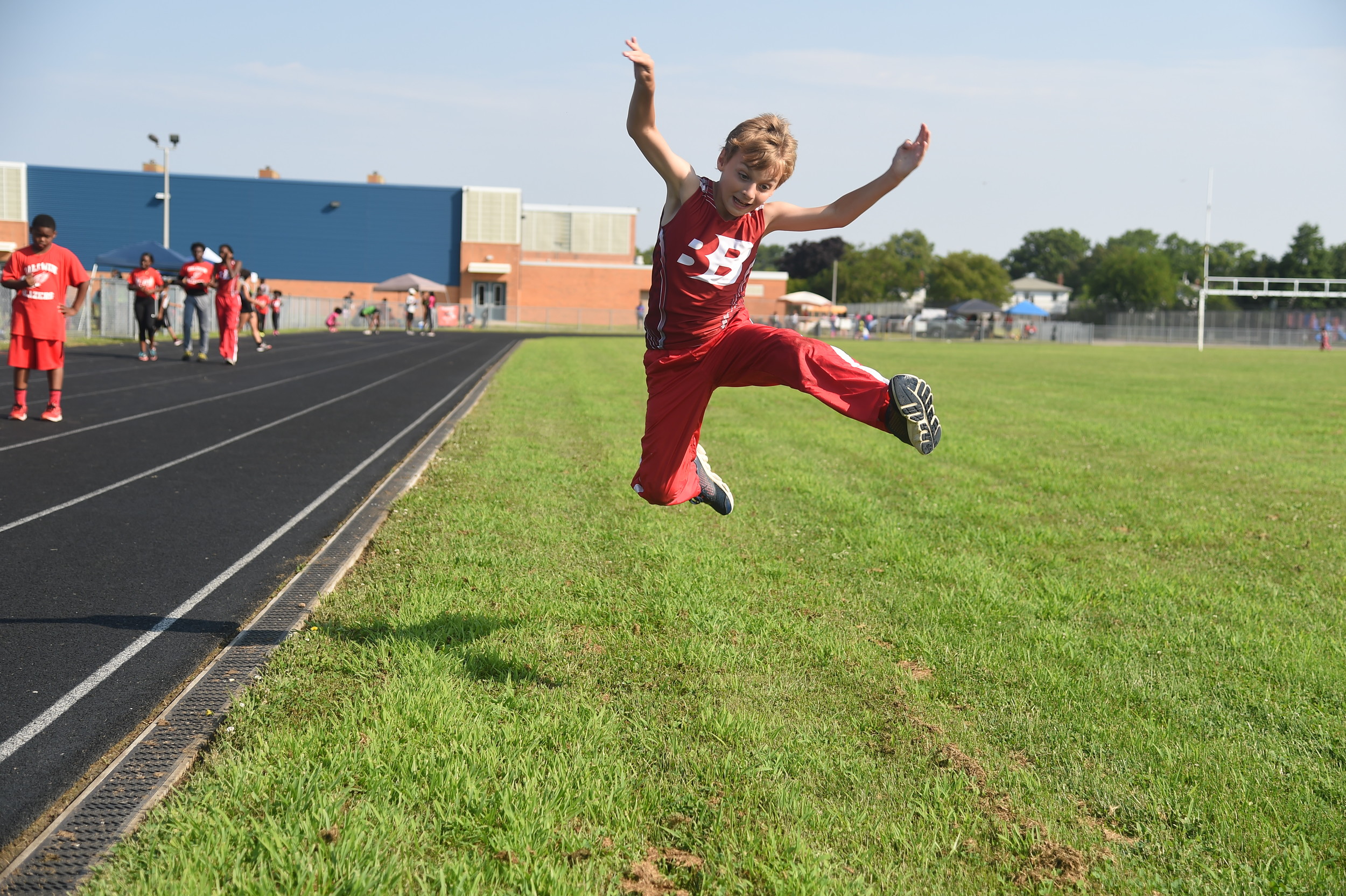 Beads of sweat dripped down the foreheads of the 15 youth athletes from the Baldwin Blazers Track Club as they took their starting positions on a long black track, to run in the fourth annual Long Island Track Festival

The track meet took place at the Baldwin Middle School, with the Blazers running against Explosion, Team Elite and Rough Cuts. Despite the competitive atmosphere, the Blazers remained calm and collected as they focused on practicing their running techniques, rather than on winning or losing.

Proficient running skills are among the many assets the Blazers will need when they travel next week to Detroit to compete against the highest-ranking track youth athletes across the country, in the AAU National Junior Olympics.

“We’ve done a lot of smaller local track meets, just like today’s festival, but next week 15 of my runners get to compete at a national level,” said head coach Chandel Brown, smiling with excitement. “Today’s festival is simply a warm-up to get them ready for next week, when they’ll showcase their skills among a greater magnitude of runners that are the best in the country.”

The Baldwin Blazers are a youth track club that was developed to foster the ideas of hard work, good sportsmanship and great character, and includes athletes ages 7 to 18.

To qualify for the Junior Olympics, runners first had to earn a spot among the top 16 runners at a district track meet at Saint John’s University. Those rankings allowed them to qualify for a regional meet, where some 13,000 athletes competed. This week, all 15 Blazers will head to Detroit to represent the Area One Region for nine days in the Junior Olympics.

Aaron Langston, 12, a team member for three years, recalled the time when he struggled with feeling nervous before races, which caused him to run poorly because he would forget his running techniques. In the last year, he overcame his fears because he started wearing a cross necklace that motivates him while he runs.

“Wearing my cross necklace gives me hope, and it reminds me that God is always with me, which motivates me to run without getting nervous,” Aaron said, putting his hand over his necklace.

This Sunday, Aaron will compete in the Junior Olympics for the second time. He is confident that this time he will not get nervous.

When Logan Elie joined the Blazers, she didn’t know anything about track, which made it difficult for her to participate in training for Junior Olympics.

Now, nearly two years later, as she prepares to compete this Sunday, she recalls how her coaches helped her to improve her running skills, which she is confident will help her succeed at the national level.

“My coaches helped me learn how to maintain my pace while running,” Logan said. “Now, during training, I’m able to beat people that I never thought I could pass in a race, which will help me at Junior Olympics.”

As a perfectionist, Camryn Beckford, 15, struggled with the fear of disappointment, but was able to overcome the pressure to be perfect by adopting a technique that she describes as, “tuning out the pressure and running the race for myself.”

“I tend to get more nervous if I focus on my competitors while running, because it puts a lot of unnecessary pressure on me,” Camryn said. “When I run the race for myself, I only focus on what I need to do during a race, and I tune out my competitors.”

Even though she enjoys winning, throughout her three years on the Blazers team, she has learned to accept that losing is part of the journey to success.

“I always like to be on top of what I do, but sometimes you need disappointment to lead to success,” she said.

“I’m excited to compete at Junior Olympics again because last year it was one of the greatest experiences of my life.”

Experts weigh in on shortage of baby formula