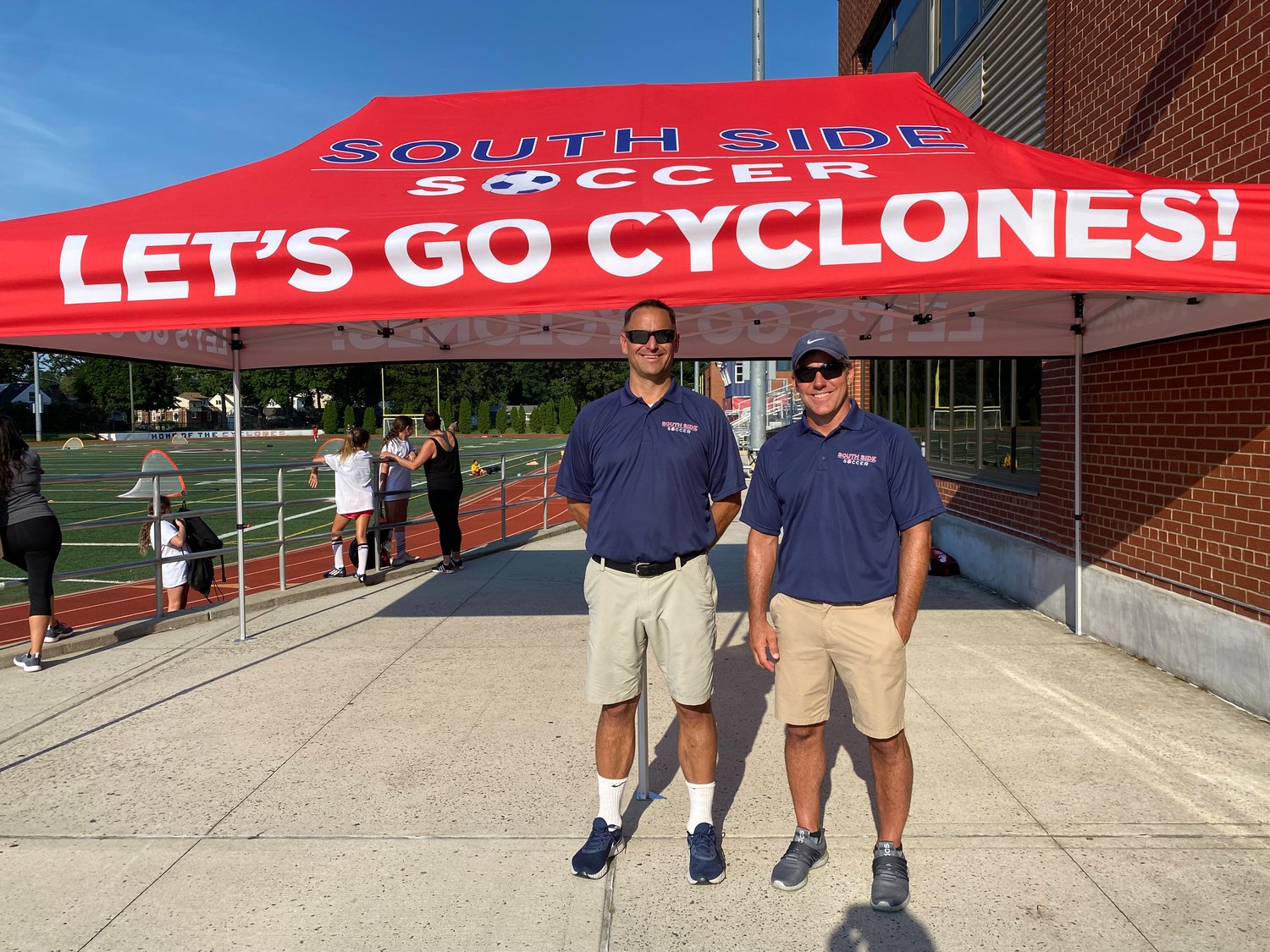 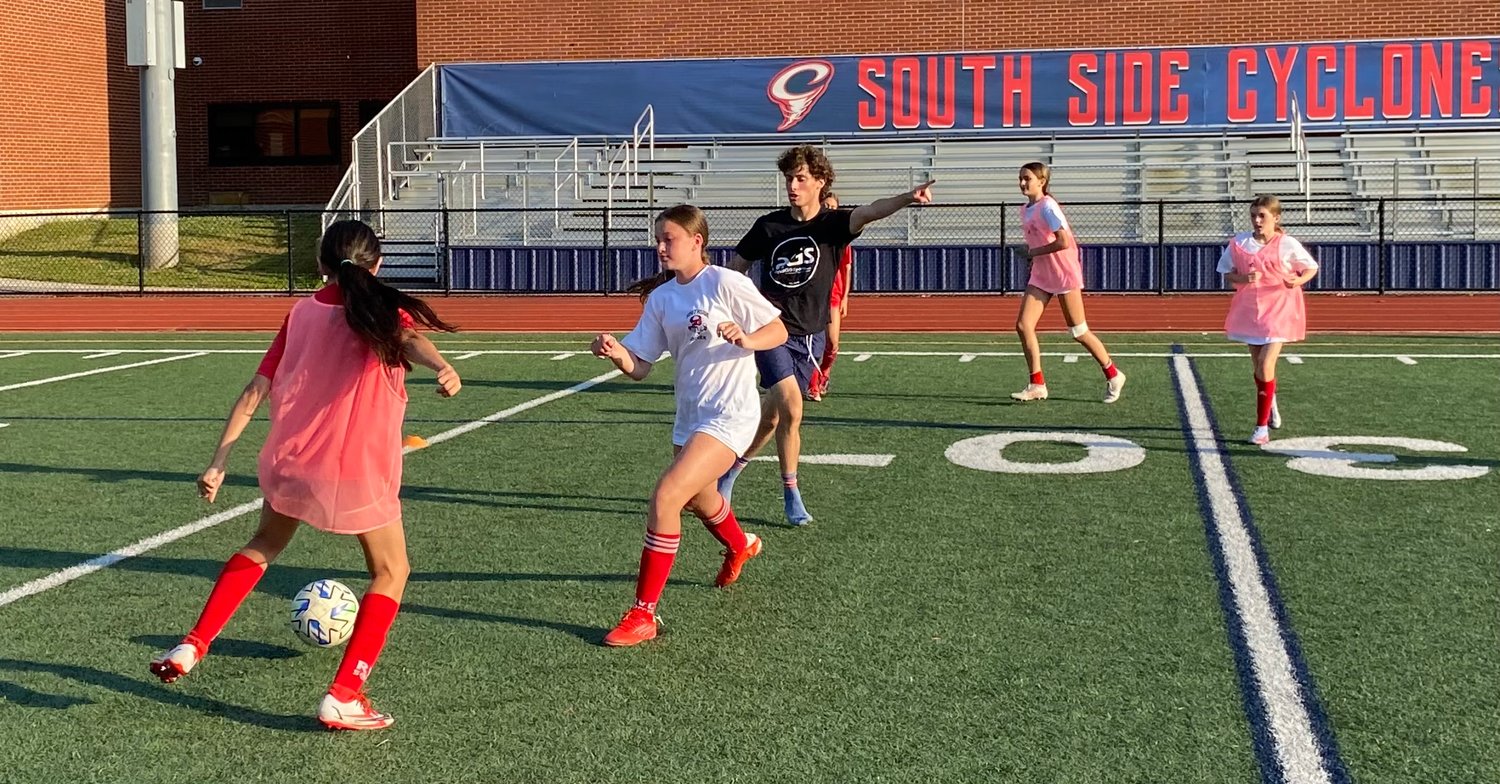 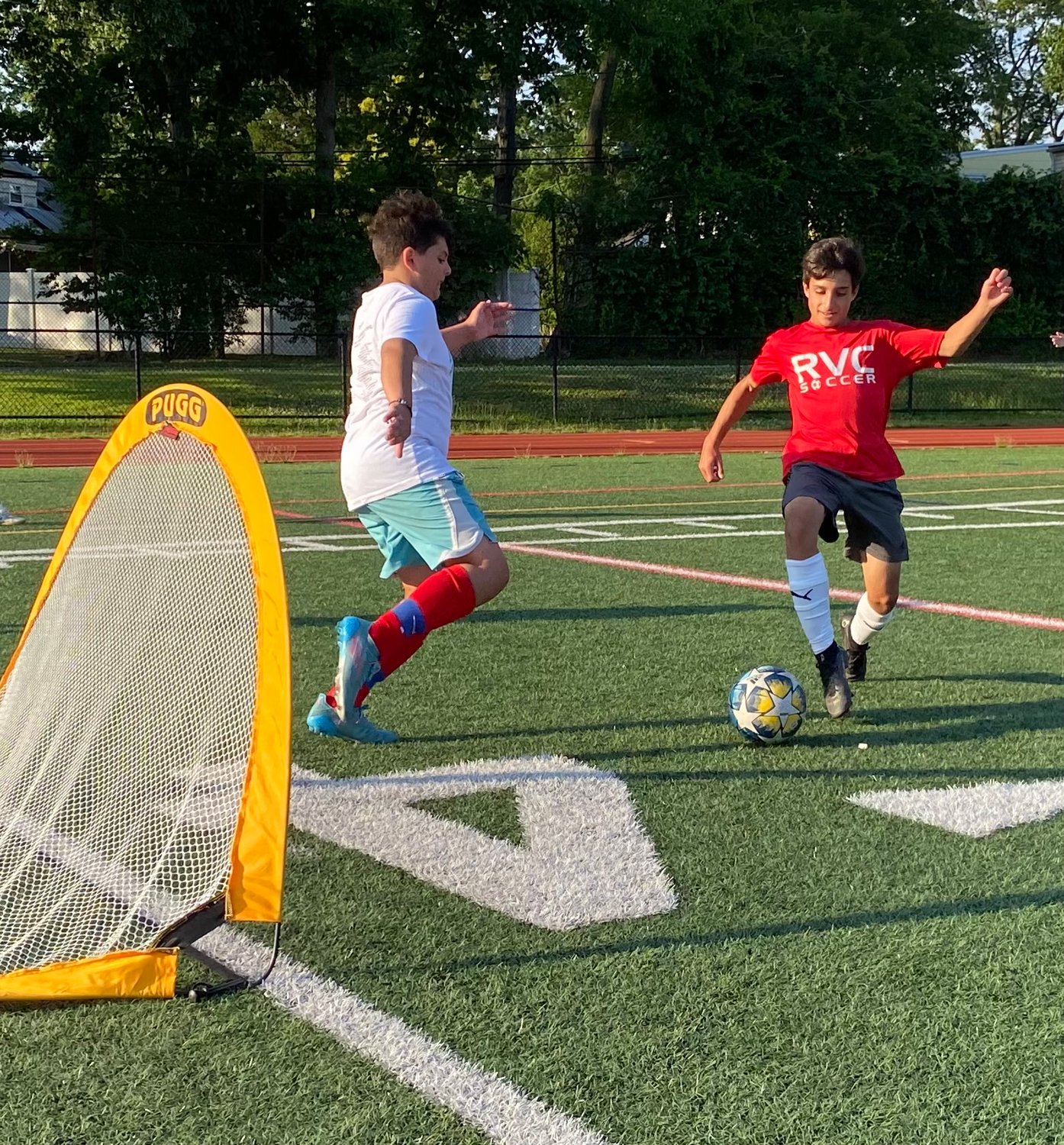 Two campers vie for the ball during the one-on-one sessions.
Tom Carrozza/Herald 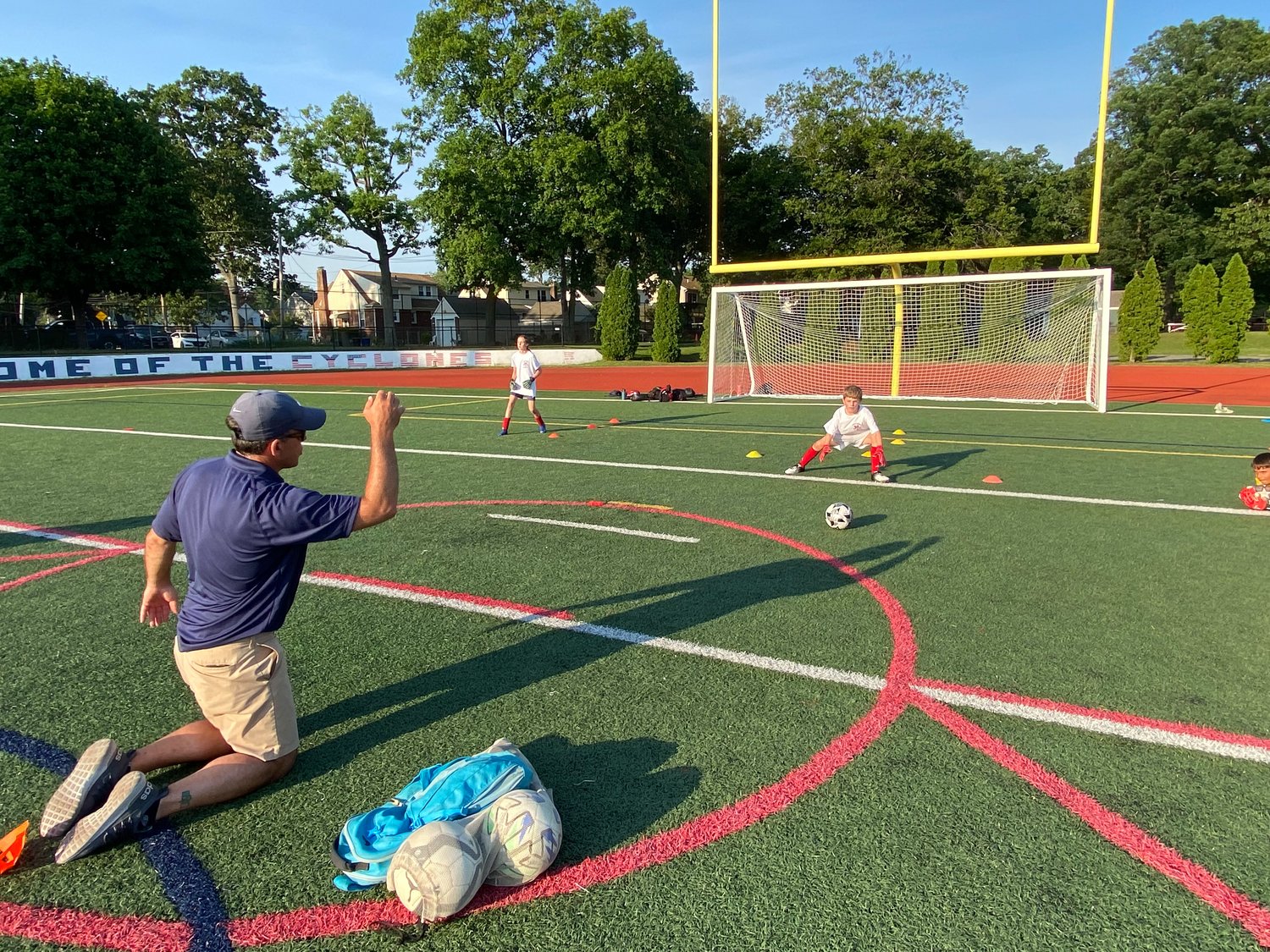 South Side coaches and players welcomed over 106 players during the camp on June 30.
Tom Carrozza/Herald
Previous Next
By Tom Carrozza

South Side High School’s boys varsity team held its first soccer camp on June 30, gathering over 106 local boys and girls for a two-day clinic on the school’s turf field.

After an 11-3-1 season, Cyclones players and coaches were excited to give back to the community as a way to keep the tradition of Rockville Centre soccer going and helping fund the team’s team bonding events next season.

Head Coach Pat Corvetti, going into his second season, was ecstatic with the turnout even after the originally scheduled first date was rained out on June 28. As a Rockville Centre resident and South Side High School class of 1991 member, the head coaching job is Corvetti’s dream job.

“It’s amazing to be a part of the program,” Corvetti said. “When you coach as long as both of us have coached, you’re not doing it for the money. You want to win county, Long Island, and state championships, and to be in the position with the talent to do that is unbelievable.”

Corvetti was joined by his assistant coach Chuck Phelan who is also entering his second year. Phelan worked with the goalkeepers across the two days, helping the young players build good techniques and habits in net.

“The support from the community has been overwhelming,” Phelan said. “That we have a hundred kids down here on their first week of summer looking to contribute to the program, getting to know the players and coaches, and having fun is a great thing.”

Players like captain and striker Gavin Goodlad, an incoming senior at South Side, and incoming junior and midfielder Stephen Nelson, helped kids from second to eighth grade through some of the drills they do as a team during the season, as well as some fun competitions.

“We had a great year last year and to really keep the morale up, we’re looking for fundraising money and to keep community involvement high,” Goodlad said.

The money from the camp will help the team have team building activities like team dinners, team equipment, a trip to Six Flags, and visits to see local MLS clubs in-person. And this is not the only community activity the boys do, as they also participate in the Tunnels to Towers program meant to help those affected by 9/11.

“I’m very appreciative of them because I know they have a million other things they could be doing,” Corvetti said of his player-volunteers.