Bringing in the beats 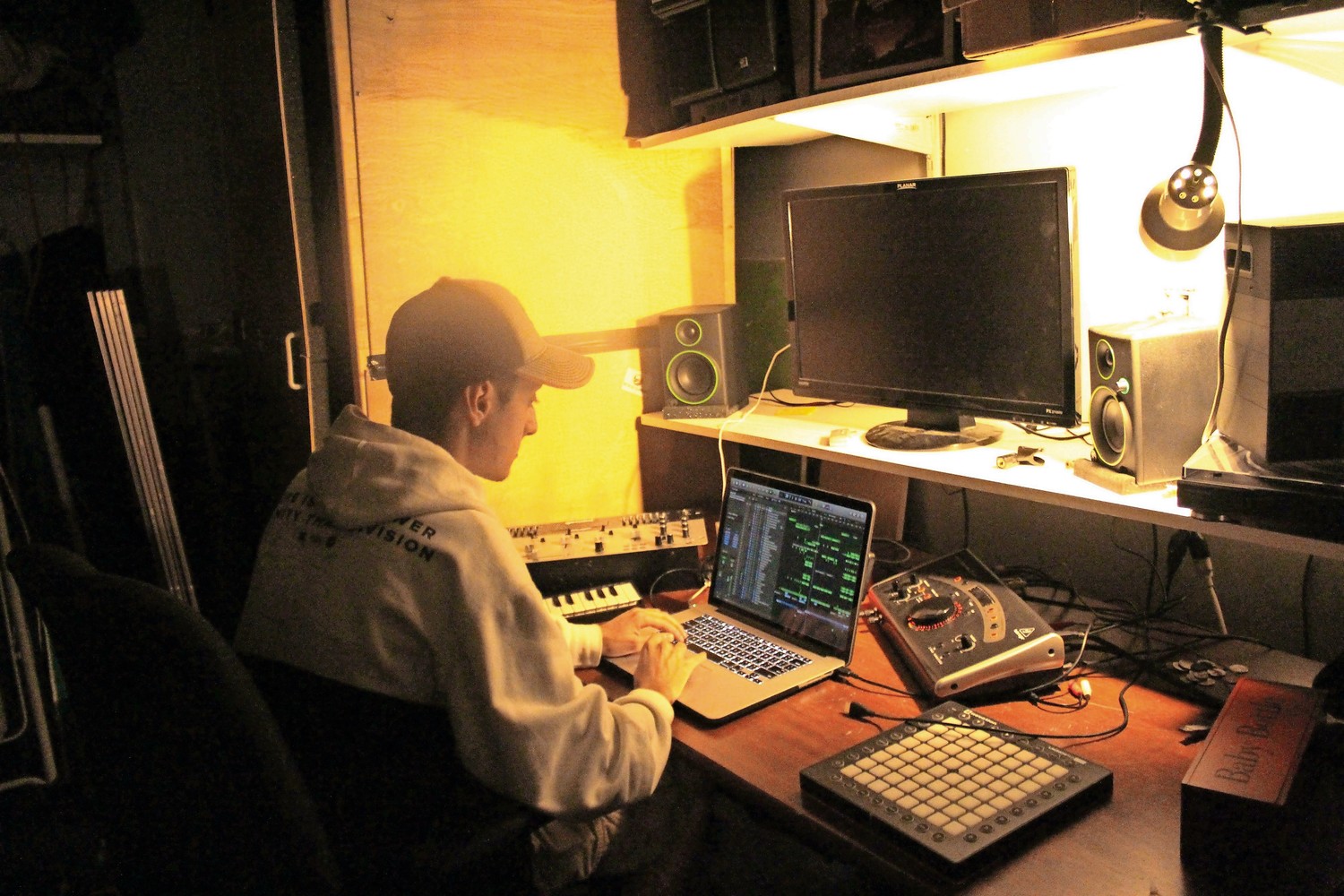 When Nick Liuzzi, 18, turned his love of music into a serious endeavor, he knew he had to get creative. With the help of friends, the Seaford native decluttered his family’s garage, brought in used and unwanted furniture and built a recording booth in one corner.

That was about a year and a half ago. The makeshift recording studio is now adorned with posters and records of music artists who inspire him. Though his dream is to play big stages — like mainstream electronic dance music artists Logic, Zedd and Skrillex — he knows he’ll have to be inventive to get there.

Liuzzi, known as Nikademis in music circles, is a DJ and producer of electronic dance music. He loved music from a young age, became a DJ at 13 and began producing at 14. After a year, he submitted one of his songs to TuneRise, a music contest platform that discovers young artists. Out of hundreds of submissions, Liuzzi placed in the top eight.

“It gave me validation that I can take this somewhere, and I got a lot of enjoyment out of creating the end product,” he said. “I know if you work hard, you can get anything. I work really hard at this.”

Liuzzi released one project in 2016 called “Chasing Time.” He is set to release his second, “Breaking the Silence,” this month on Spotify. It features five vocalists, from as near as Bellmore to as far away as Belgium, on nine tracks.

“It’s a big step forward,” Liuzzi said. “There are more vocalists, more acoustic elements and more meaning. There’s still a lot of straight electronic tracks, but I’m trying to have something for everyone.”

He admits that creating electronic music in a small waterfront hamlet, without a real connection, is challenging. Electronic music gained popularity between 2012 and 2015, with many artists producing on the West Coast. “All the resources are [in Los Angeles], but I don’t think it’s necessary to be there to do this,” he added. “There are more resources that can be helpful.”

Liuzzi uses an iPhone app called Vampr to make cross-country and global connections. The innovation paid off: Vocalist Dries Laisnez, of Belgium, sings on the track “Close to Me,” with two additional vocalists, Luciano Thomas and an anonymous artist who goes by “No 1 Knows,” from California.

Liuzzi keeps things local as well. Longtime friend and rapper Daniel Marzella, 21, of Bellmore, is featured in three of his songs. The two have collaborated since the beginning of their young music careers. “I’m always so intrigued watching [Nick] put all these sounds together to make one final project,” Marzella said. “When you [collaborate], you grow a partnership and get better because you see how the other works and build off each other.”

Liuzzi met another of the project’s vocalists, Krish Chetan, through a mutual friend. Chetan, who comes lives upstate, attends Stony Brook University, and is both a producer and vocalist with music dreams. “Collaborating helps you better your craft, but you also get exposure,” he said. “I don’t personally know anyone who listens to [Nick’s] music, but now they know about me and I know about them. That just keeps growing.”

With the boom of computer technology, anyone can make electronic music, even in a garage, which is why Liuzzi keeps working on creating his own identifiable sound. Often this means writing music where he feels most comfortable — at home.

Last year, Liuzzi enrolled as a freshman at Stevens Institute of Technology in New Jersey. He has since transferred to Farmingdale State College, where he studies bioscience in hopes of going into the medical field and becoming a doctor — if music doesn’t pan out.

“My goal eventually is to help people in one way or another,” he said. “If I can affect just one person, that’s completely worth it.”