Clear Stream students give thanks to board members 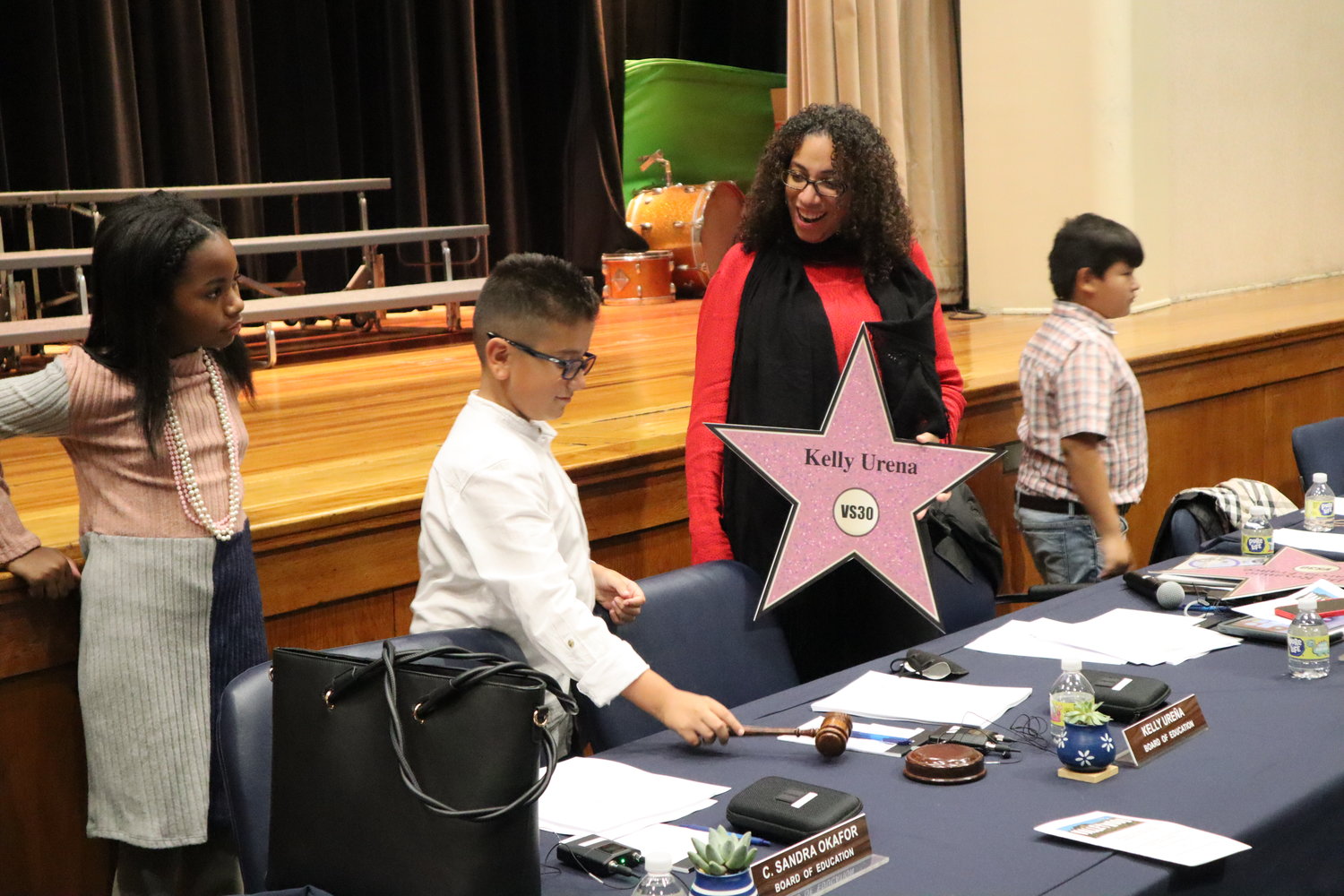 Clear Stream students thanked Valley Stream District 30 Board of Education trustees in honor of School Board Recognition Week with a Hollywood-inspired performance alongside families on Oct. 24.

A projector screen hung above the Shaw Avenue auditorium stage with the words “Valleywood” in reference to the iconic Los Angeles sign on Mount Lee. The show kicked off with a short sketch by students. Second and fourth-grade chorus singers then performed under the direction of Stephanie Cooke.

The event culminated in the premiere of “Valleywood the Movie,” in which Clear Stream students took on the roles of the district’s board members and acted out a business meeting. After the showing, each board member — which includes President Kelly Ureña, Vice President Sandra Okafor, and trustees Kenneth Cummings, James Lavery, and Ingrid Wyllie Dacon — stood on the stage with their actor counterparts to give their thanks for the performance.