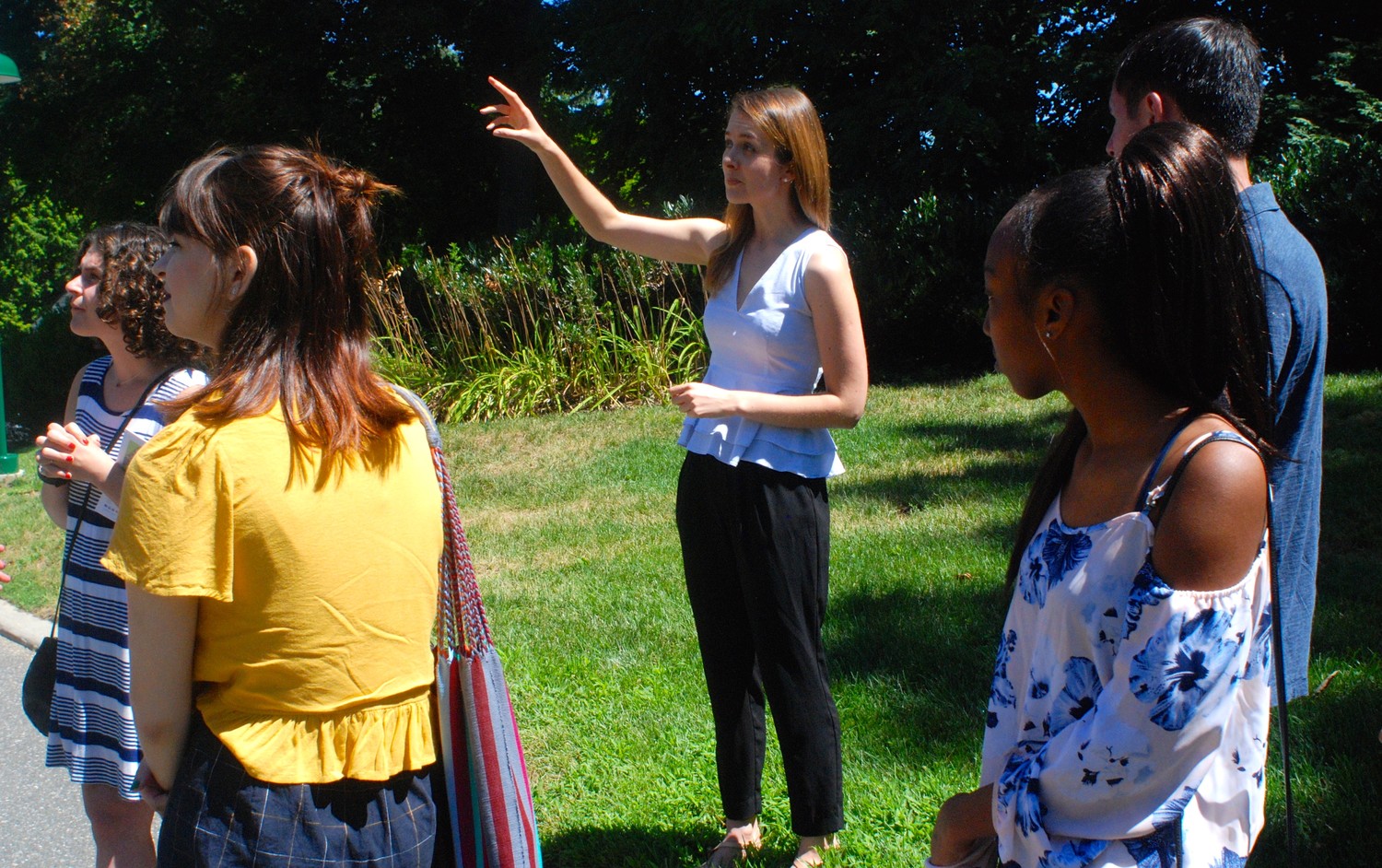 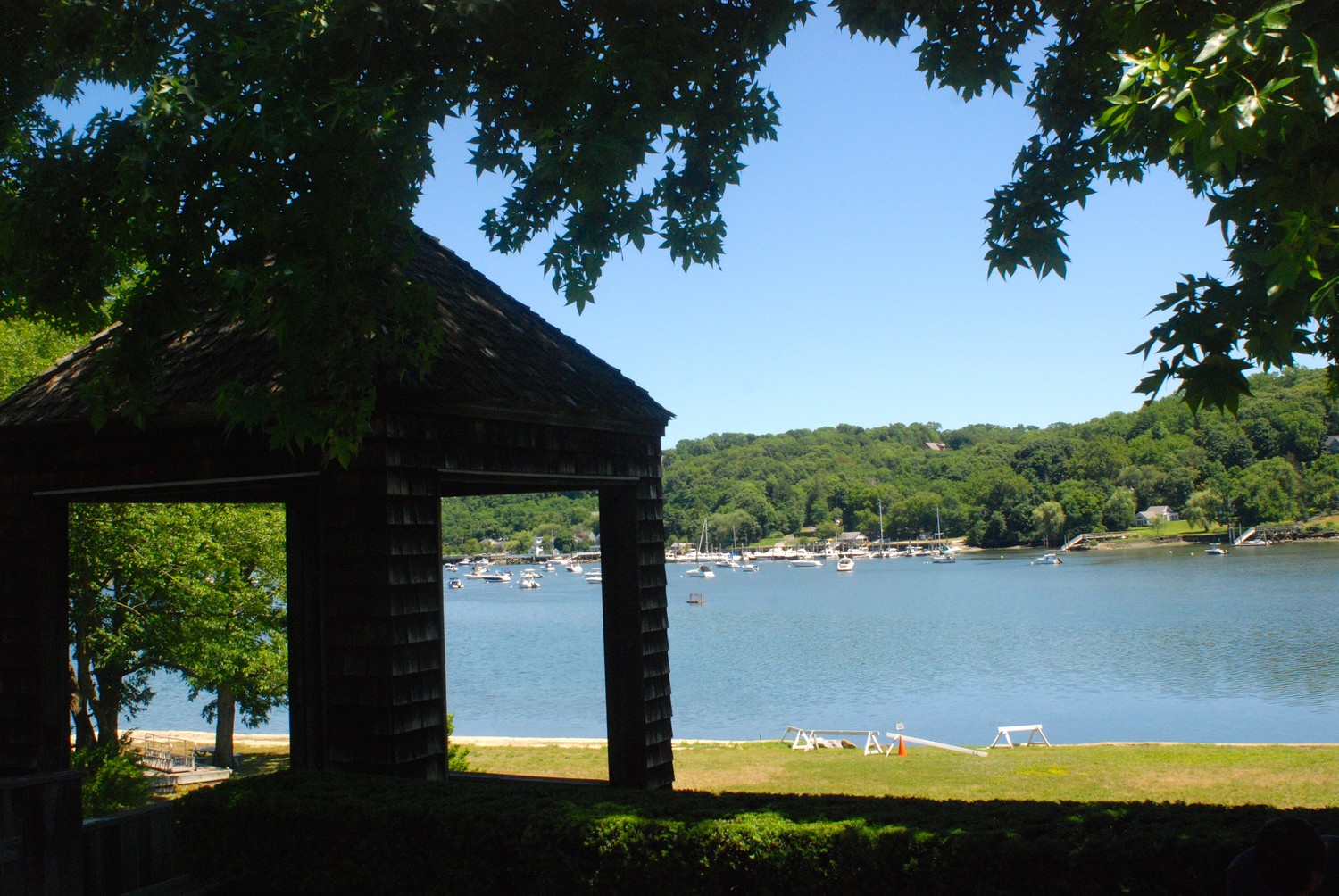 The lab offers sweeping views of the harbor for which the community is named.
Scott Brinton/Herald 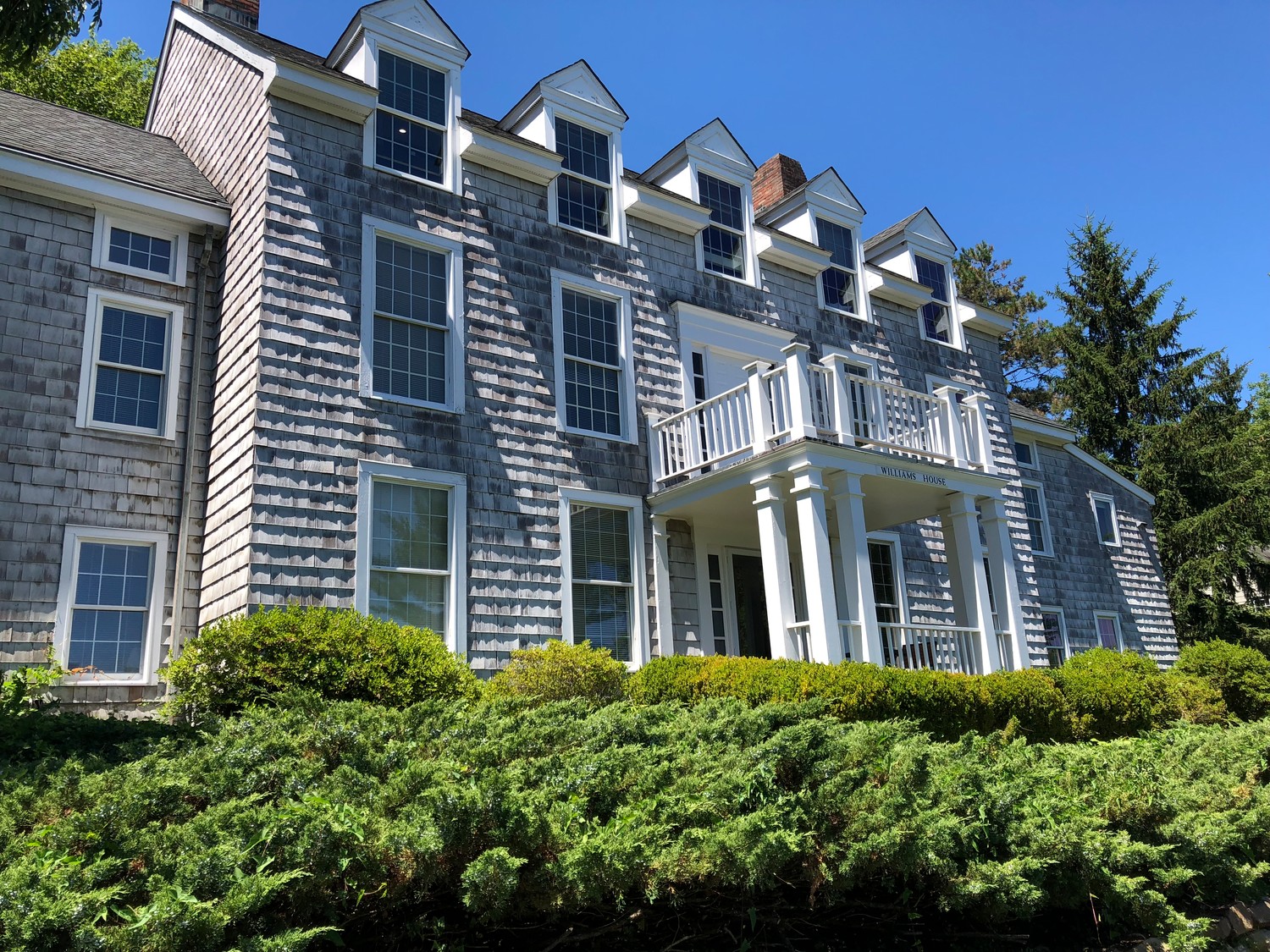 Many of CSHL's buildings look like they belong in a New England fishing village. Above, Williams House.
Scott Brinton/Herald
Previous Next
Cold Spring Harbor Laboratory

CSHL offers tours for $5 per person. For more, go to bit.ly/2Oe5IvO.

Educators from the Brooklyn Institute of Arts and Sciences started to gather in Cold Spring Harbor in 1890 to conduct marine biology studies and hold classes over the summer, living in cottages and tents. It was a humble start to what would become one of the world’s most prestigious research centers over the next 128 years — known today as Cold Spring Harbor Laboratory.

A group of Herald staffers and interns recently toured the 117-acre lab, walking its winding paths through garden-lined grounds to unassuming buildings that house some of the most advanced research equipment on the planet.

Eight scientists who have worked at CSHL have won the Nobel Prize, including the lab’s director from 1968 to 1994, Dr. James Watson, one of the three researchers awarded the prize for the discovery of the double-helix, or double-spiral, model of DNA, the carrier of our genetic code. Watson later became CSHL’s president and chancellor, before retiring in 2007. At 90, he still lives at the laboratory, often visiting his office on the Structure Lab’s top floor.

Jessa Giordano, the facility’s events and community relations manager, and Katarina Meze, a doctoral student at CSHL’s Watson School of Biological Sciences, were our guides.

Meze, 26, a chemist from Slovenia, began the tour not with science, but with art, stopping by a series of oversized, purple-aqua globules, attached at seemingly random points along a thick metal wire, to form one bigger statue. With a fluorescent sheen, the amorphous masses looked like they were made of plastic, but they were cast in metal. Some resembled raindrops, while others looked vaguely like seals.

Sculptures are scattered throughout the lab’s grounds, creating an outdoor museum. This abstract piece, Meze explained, is intended to imitate a biological process. What might that be? she asked.

A handful of guesses later, no one in our group had arrived at the answer — though intern Justin Zion, who attends Binghamton University, was on the right track.

The statue, completed in 2003 by Mara Haseltine, is titled “Waltz of the Peptides,” and illustrates the creation of a single protein by a multicellular organism, according to the artist’s website. The piece shows how polyribosomes, specialized structures within cells, synthesize, or produce, the proteins that are vital to maintain organs and tissues.

With Meze’s mini-lesson, visitors quickly realized that CSHL is steeped not only in scientific data, but also culture. It is a place where the imagination can roam free.

Next up, Meze showed the group an 8,000-pound, $7.5 million cryo-electron microscope, as tall as the specially sealed room that houses it. It is capable of peering so deep within biological structures that samples are measured in micrometers. A micrometer equals one millionth of a meter. “Literally, you can see atoms,” Facilities Manager Dennis Thomas said.

Samples are transformed into glass-like structures by flash-freezing them with liquid ethane, eliminating any stray ice crystals that might interfere with a scientist’s view of the samples, which are kept frozen while in the microscope with liquid nitrogen. Hidden at the molecular level, scientists believe, are secrets that might help them better understand the origins of disease — and of life itself.

One of CSHL’s primary research focuses is cancer, Meze said. It has been a National Cancer Institute-designated Cancer Center since 1987. By studying biological structures at their tiniest, most elemental levels, scientists hope eventually to be able to detect cancer at its earliest formational stages, at the very moments when it begins to mutate cells and metastasize to ravage the body.

Meze finished the tour by the harbor, at the water’s edge, where caught whales were brought to process for their oil from 1836 to 1862, when whaling was the community’s primary industry. It must have been a bloody scene back then. Today, however, the harbor is serene, with white sailboats anchored in its calm waters.

Our guide ended with another piece of art — a bronze statue of Charles Darwin, the 19th century father of evolutionary biology. Darwin is pointing his walking stick, with one of his famed Galapagos Islands finches resting on the end, looking toward the harbor, as if he were planning his next journey to sea.

And that is what science is — a journey, whether it is a deep dive into the internal composition of an organism or a trek around the world to catalog fauna and flora. For more than a century, Cold Spring Harbor Laboratory has supported such journeys.