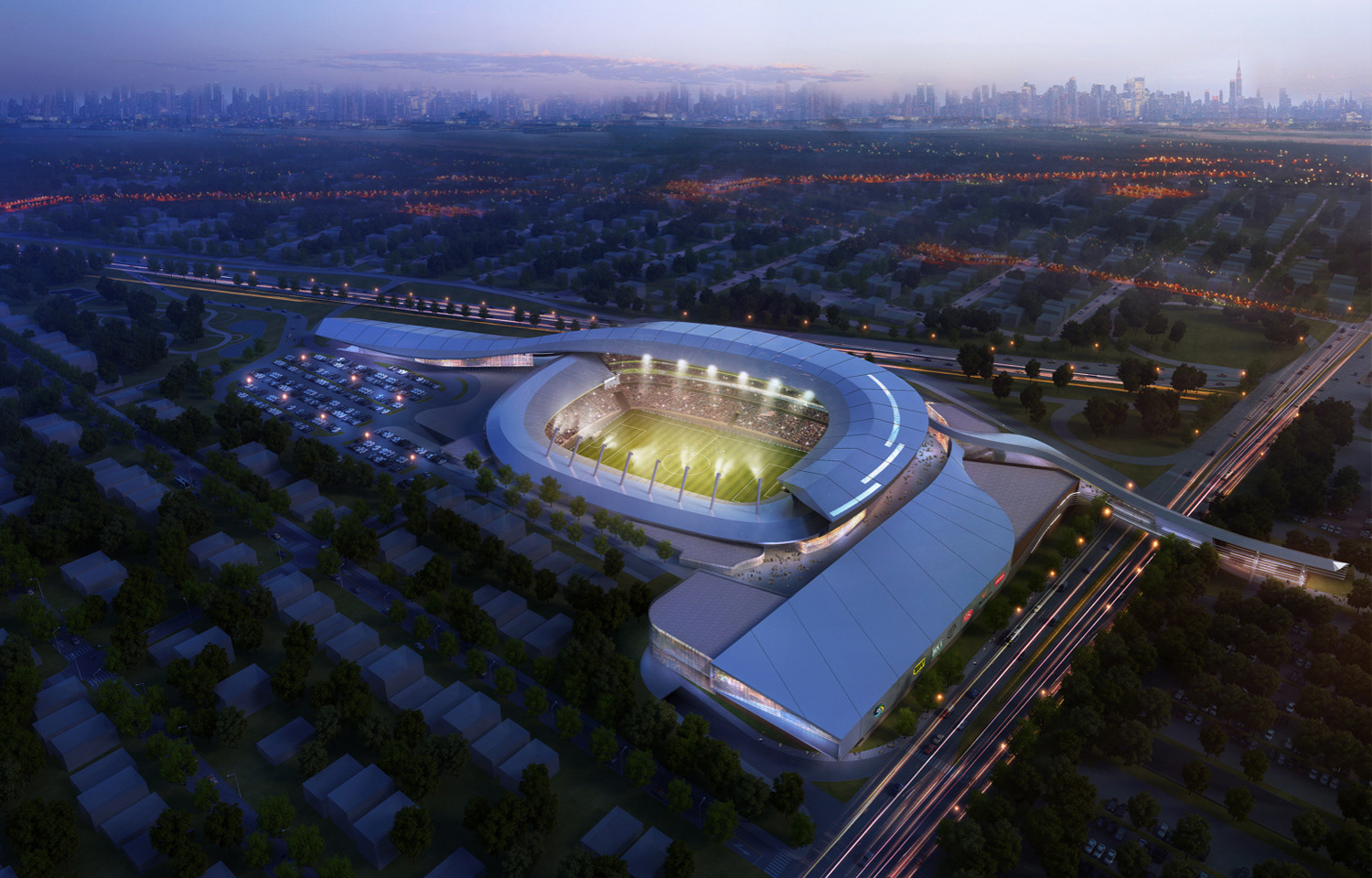 An artist’s rendering of the Cosmos’ proposed stadium. The $400 million complex would include a 25,000-seat stadium, a hotel, retail outlets, rest-aurants, a community center and a public park.
Courtesy New York Cosmos 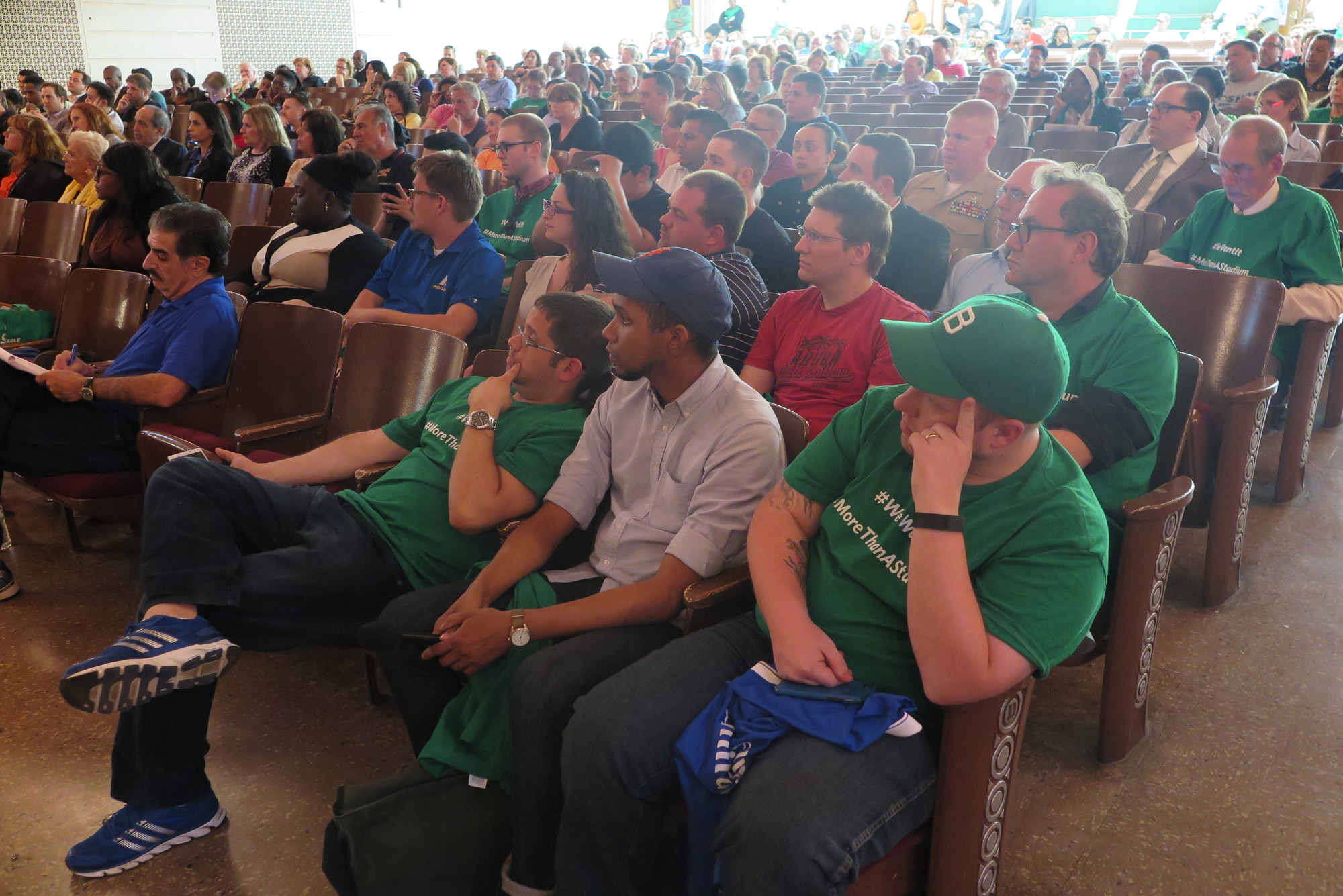 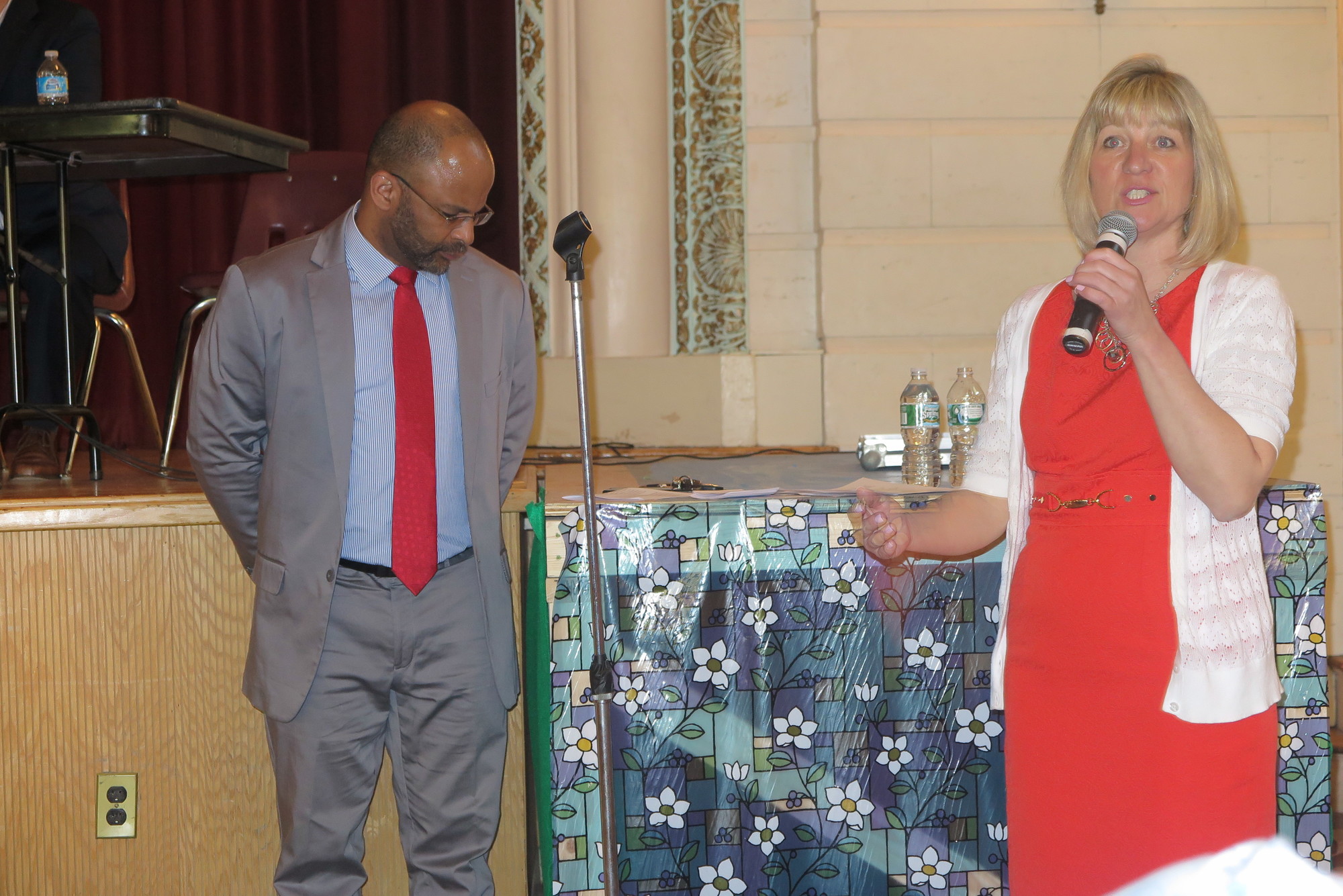 Michael A. Jaime, president of the Elmont School District Board of Education, and Laura Ferone, president of the Floral Park-Bellerose school board, moderated the event, asking executives from the Cosmos and the Mattone Group questions about their $400 million proposal. 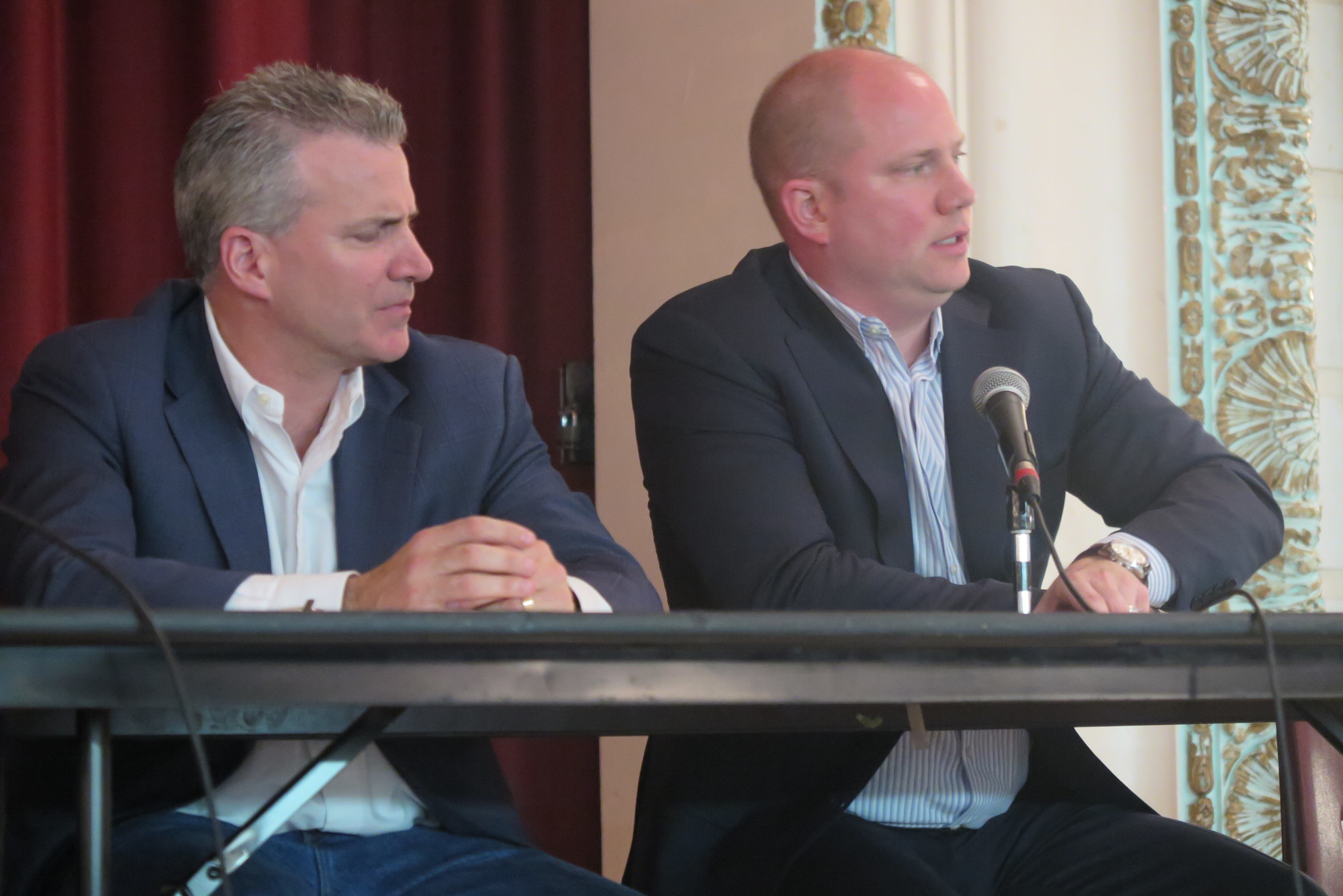 Michael Mattone, vice president and chief financial officer of the Mattone Group, left, and Erik Stover, of the Cosmos, fielded questions about the proposal’s effect on the area economy and quality of life.
By Brendan Murray bmurray@liherald.com

More than 200 residents of Elmont and the surrounding communities packed Sewanhaka High School on May 7 to ask questions and hear details about a proposed $400 million stadium, restaurant and retail complex at Belmont Park.

The meeting, with executives from the New York Cosmos, a professional soccer team in the North American Soccer League, and the Mattone Group, the College Point construction firm that would build the retail portion of the complex, was hosted by Michael A. Jaime, president of the Elmont School District Board of Education, and Laura Ferone, president of the Floral Park-Bellerose school board. They moderated the discussion, reading questions submitted by the attendees.

Those questions focused mostly on the effects that the complex — which would include a 25,000-seat soccer stadium, a 175-room hotel, nine restaurants, retail stores, a movie theater, a community center and a 4.3-acre public park — would have on the local economy. It would be built on a series of old parking lots at the state park.

A request for proposals was distributed in late 2012, and the Cosmos submitted their plan the following January. But there has been no decision yet from the Empire State Development Corporation, the state agency that will choose a proposal.

Erik Stover, the Cosmos’ chief operating officer, said that the team’s plan would re-energize the area, and pointed out that it calls for the stadium to be privately funded, and that the team would pay the state rent on the property.

“We want to bring jobs and businesses, something that will impact the community 365 days per year,” Stover said, noting that the project would create roughly 2,000 jobs. He also pledged that many of the jobs would go to local residents. “This is a project in Nassau County, and there are certainly ways for us to establish parameters to ensure that a high percentage of the jobs come out of Nassau County,” he said. “We want that.”

Other questions focused on the project’s effects on Elmont residents’ quality of life — the impact it would have on traffic, public transit, crime and noise.