Glen Cove Councilwoman Marsha Silverman, a trailblazer on a mission 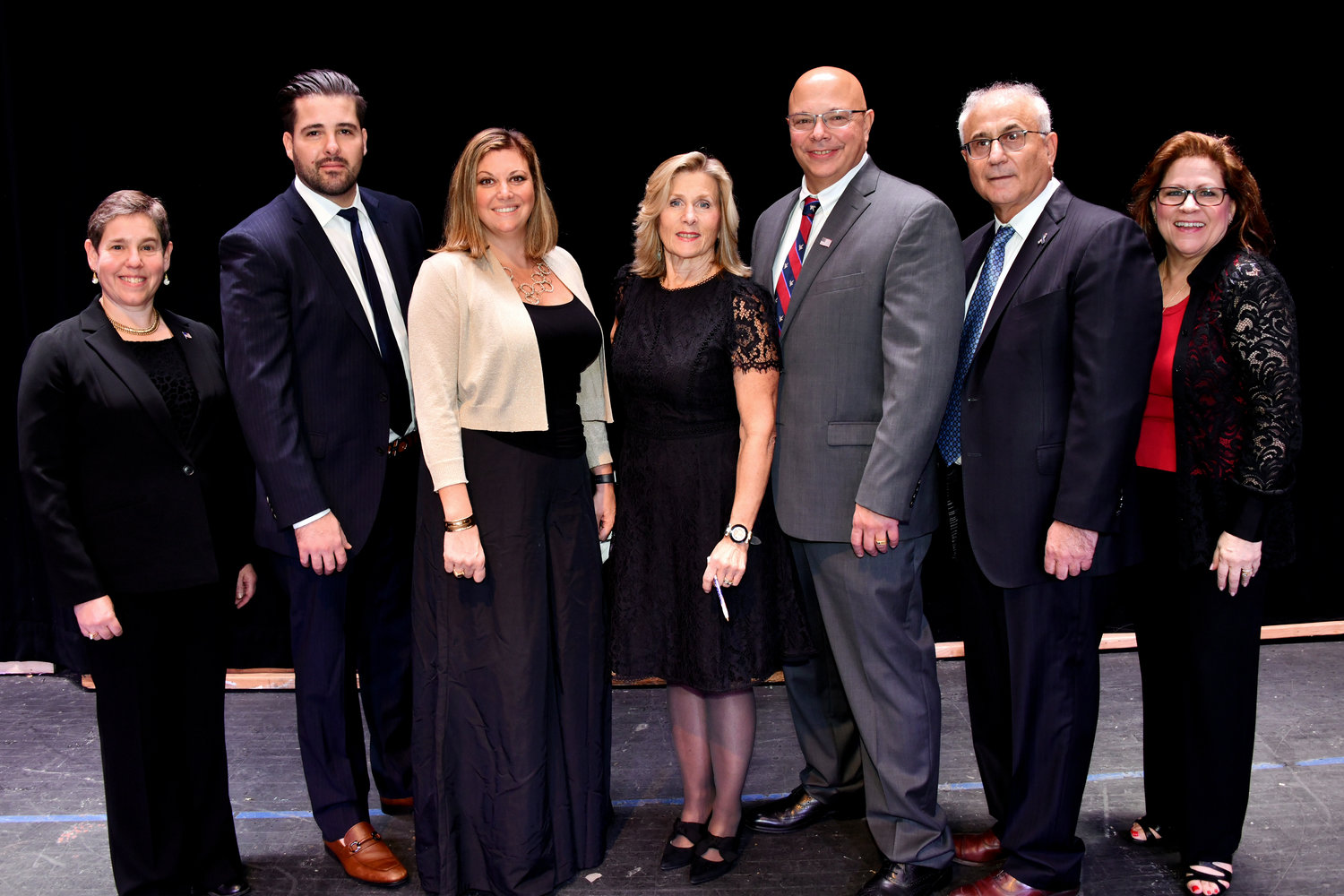 As the first openly gay member of the Glen Cove City Council, Marsha Silverman has had her challenges, but not because of any discrimination from fellow council members or the mayor. Naturally shy, Silverman, 51, is an introvert, the kind of person who relaxes at night by working on a puzzle. She said she never thought she would get into politics, but her drive to fight for equality led her there.

“I’ve been discriminated against, but not overtly, like, you’re gay, you’re fired,” she said. “I do remember being discriminated against when I couldn’t play softball. They said I was too young, even though there were boys that were 9 on the team. It’s why I want to treat everyone so fairly, because I know what it’s like not to be.”

Silverman’s wife, Roni Epstein, said that Marsha was initially shy about being open about her sexuality. Epstein said she has watched her become more comfortable with who she is over the years.

“Marsha isn’t someone who would hold up a banner,” Epstein said. “She’s motivated by principle, and as a public servant, takes her responsibility to stand up for all people seriously.”

Growing up in Glendale, Queens, Silverman was an athlete, studied music and played percussion, but didn’t date. She knew she was gay from a young age, she said, but didn’t know what that meant. “It was more of a subconscious thing,” she said. “I never imagined myself getting married or dating boys.”

When she turned 24, she found the courage to tell her family she was a lesbian. They accepted her sexuality, Silverman said, with her father worrying only that her life might be difficult.

She chose a career in finance and banking, which led to a position in financial data analytics for the Experian credit firm. “Being shy and introverted made me become the analytical person I am today,” she said. “I absorbed and took everything in. I’m still an introvert, a thinker and analytical even today.”

Despite the discrimination against gay people that Silverman witnessed, she realized how lucky she was to live in New York, where there are nondiscrimination laws and people are open-minded, she said. “I’ve seen people who are not as lucky as me,” she said. “It’s very sad to me. The fact that I can be ‘out’ at work should be normal, not lucky.”

Her time on the City Council has generally been positive, she said, although it hasn’t been perfect. “There are times when I feel like I’m not listened to, but I’m not sure if it’s because I’m female, gay or a combination,” Silverman said. “One time in pre-council, another councilperson said I should stop being so sensitive. A woman who was there said that was being sexist. You’d never say ‘stop being so sensitive’ to a man.”

She has enjoyed working with Pam Panzenbeck. The two were city councilwomen together before Panzenbeck was elected Glen Cove’s mayor this year.

“I think Marsha and I are both strong women, and work well together,” Panzenbeck said.

“We’re very different kinds of people, but have the goals of the city in mind. In terms of her being out, that doesn’t matter to me.”

Silverman moved to Glen Cove 10 years ago from Manhattan, where she had lived for two decades. She married Epstein in 2014. In Manhattan, everyone can be whoever they want, because no one cares, Silverman said. But she prefers Glen Cove, even though it isn’t as diverse, where you see your neighbors in the supermarket.

“Here it’s a tightknit community where people care about each other, which isn’t the case in Manhattan,” Silverman said.

“That’s what I always liked about Glen Cove. There is community here for a gay woman. This community transcends straight and gay.”

What motivates her most is standing up for youth, Epstein said. “Marsha wants to help them feel safe,” she said. “She thinks it will be less devastating when they see a role model they can identify with.”

Silverman started the gay flag raising downtown during Pride Month in 2019. Each year, more people come to the ceremony. “I always try to reach out to the Gender and Sexuality Alliance at the high school,” she said. “I do this because I feel strongly it’s important for youth who are bullied, the LGPTQ youth. It’s important to show them it’s OK to be who you are. It’s OK to be what you are.”

Silverman said she looks to the next generation for progress in ending discrimination. Younger people are more open-minded about gender and sexuality, she said.

Being a city councilwoman fills her with pride, she said, because her support is based solely on her qualifications and how hard she works. “Being gay didn’t matter,” she said. “Despite differences, people put the fact that I’m gay aside. It’s been more about will I do a good job, not who I’m married to.”