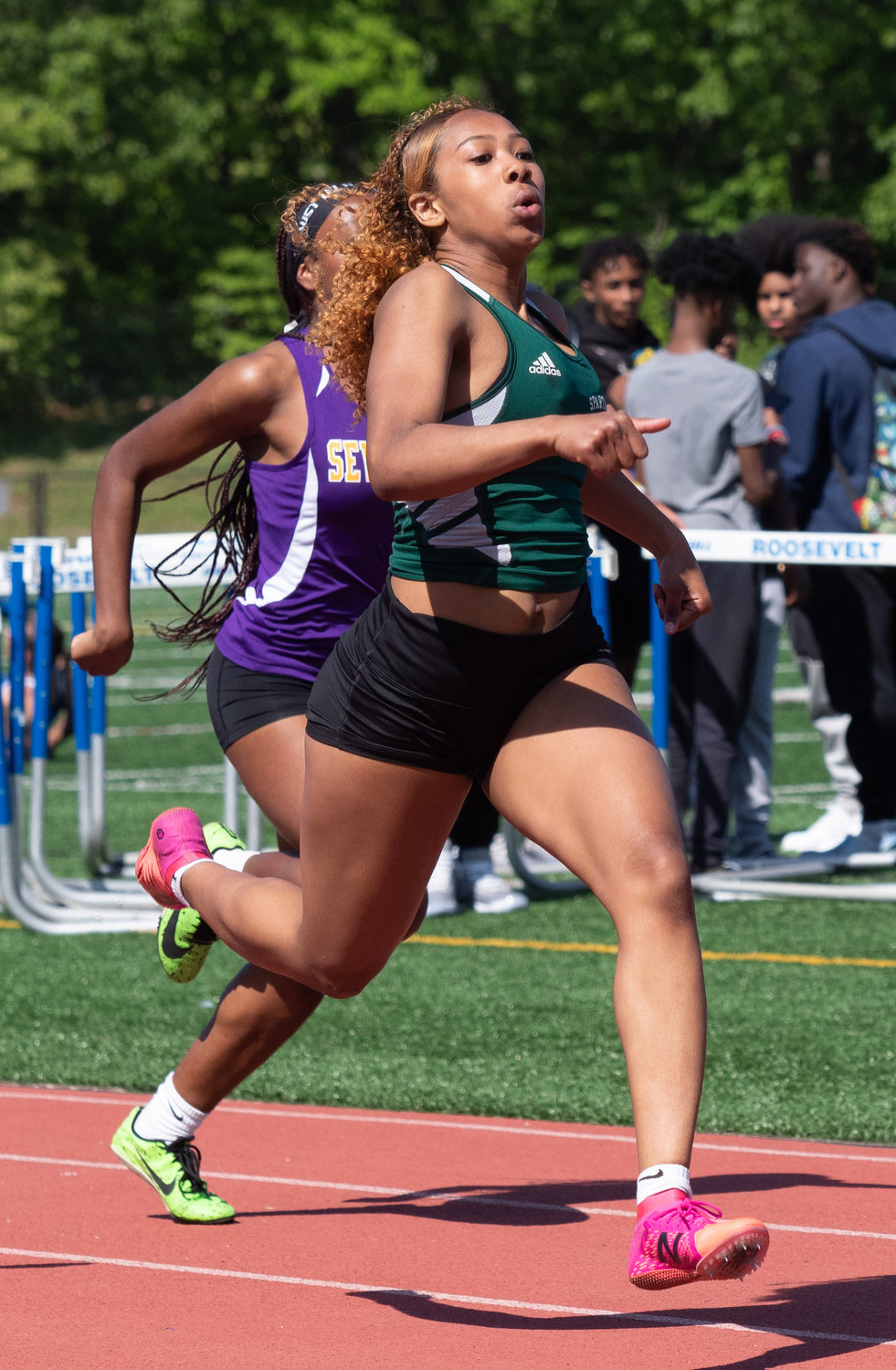 The Valley Stream North track and field team proved that the regular season was no fluke.

After a 13-0 spring, the boys' and girls' teams went on to win both the Division 3A and Nassau Class AA titles last month. To cap off their historic season, two boys will be representing the school at the state outdoor track and field championships in Syracuse this weekend.

At the county championships on May 25, the boys’ 93.5 points were 16.5 better than second-place Calhoun and senior Ryan John collected 28 of them after winning the long and triple jumps while placing second in the high jump. Senior Ariana Paul won the 100-meter final and the long jump and was fourth in the triple jump, collecting 24 of the girls’ 88 points, 11.5 more than the Colts.

“The kids were great,” coach Mike Frazer said. “We were able to win the division meet at home and then when we got to the county meet, we knew we had enough bodies and we knew it would be close. We were happy the county meet worked out as well for both the boys and the girls.”

The other boy county champ was sophomore Sedgeley Duperval, who won the 200-meter final with a time of 22.65 seconds and followed that up with a dramatic victory in the 100-meter state qualifier final last Saturday. The times of top four finishers had to be broken down to the thousandths by the judges.

John returns to states after earning the automatic super standard in both the triple and long jumps. Last March, the Clemson-bound John became the seventh individual state champion in school track and field history after winning the triple jump and finished second in the long jump.

“Certainly, Ryan is the favorite in the state in both events,” Frazer said of John, who will also be competing at nationals in Philadelphia. “It’s his own goal. He wants to win them both.”

Senior Jonathan Xavier was second in the 400-meter hurdles as was sophomore Kevin Beltran in the 1,600-meter event and he also had a personal-best time in the 800-meter final.

Paul won the 100-meter dash in 12.94 seconds and was one of two competitors with a long jump of over 17 feet. In the triple jump, she had a personal-record leap of just over 35 feet.

“We’ve had her for five years and she continues to impress us with her long and triple, but this year especially, her sprinting really stood out,” Frazer said.

Junior Gabriela Mensah posted a personal best time while placing third in the triple jump and senior Tiffany Wong surprised with a second-place finish in the 110-meter hurdles with a personal-best time of 17.33 seconds.