Officials call it a major win for the environment 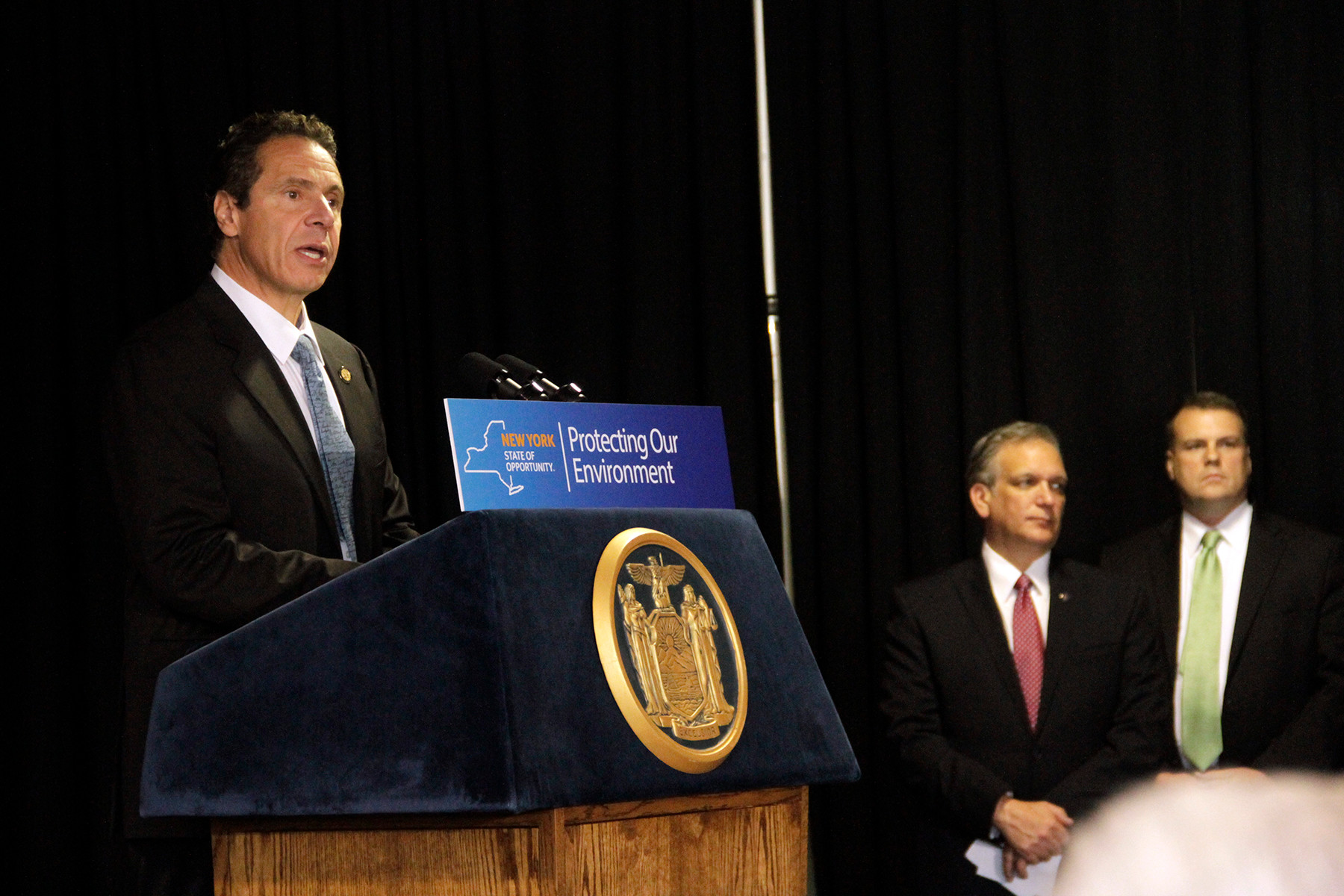 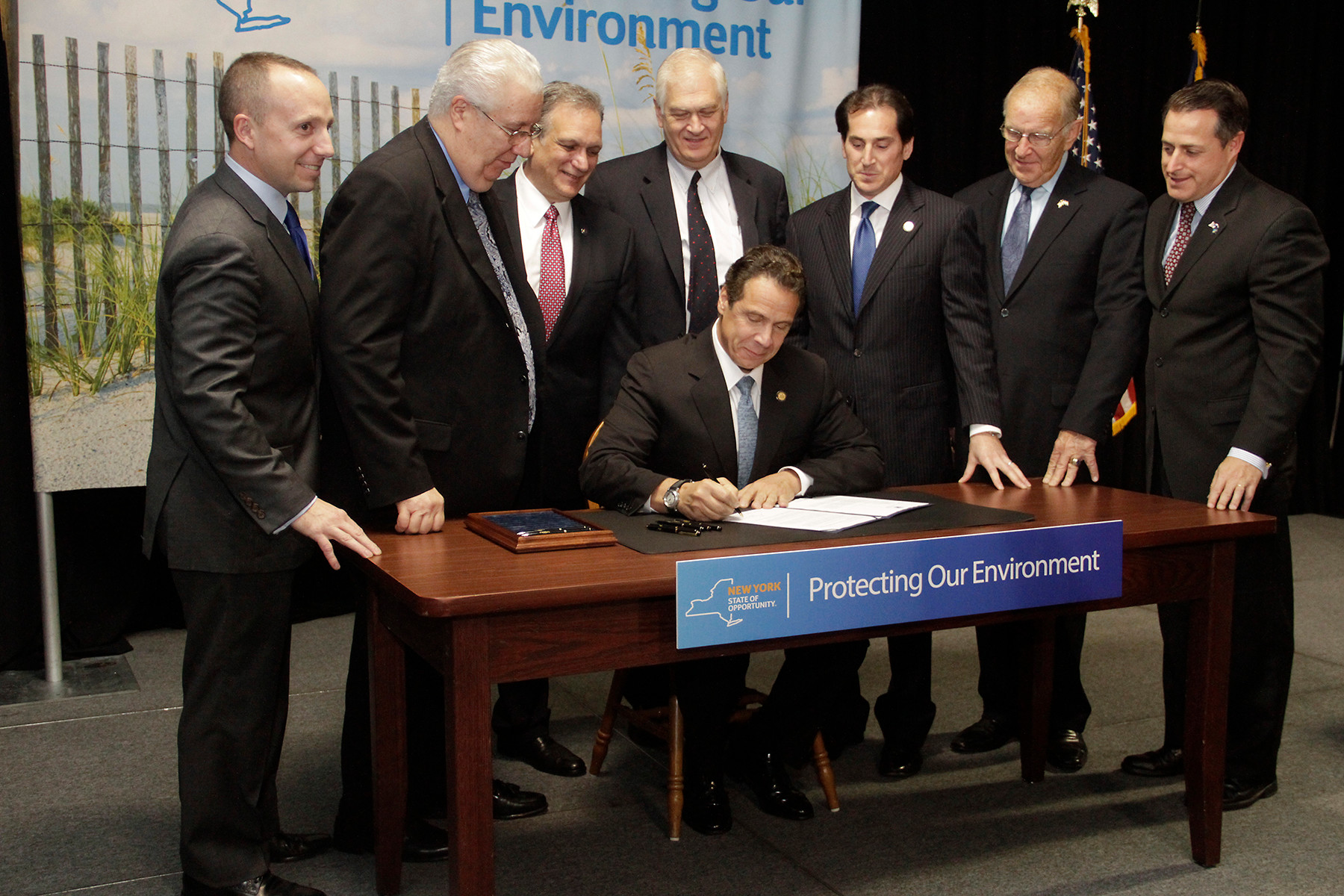 Cuomo signed the veto after the press conference.
Susan Grieco/Herald 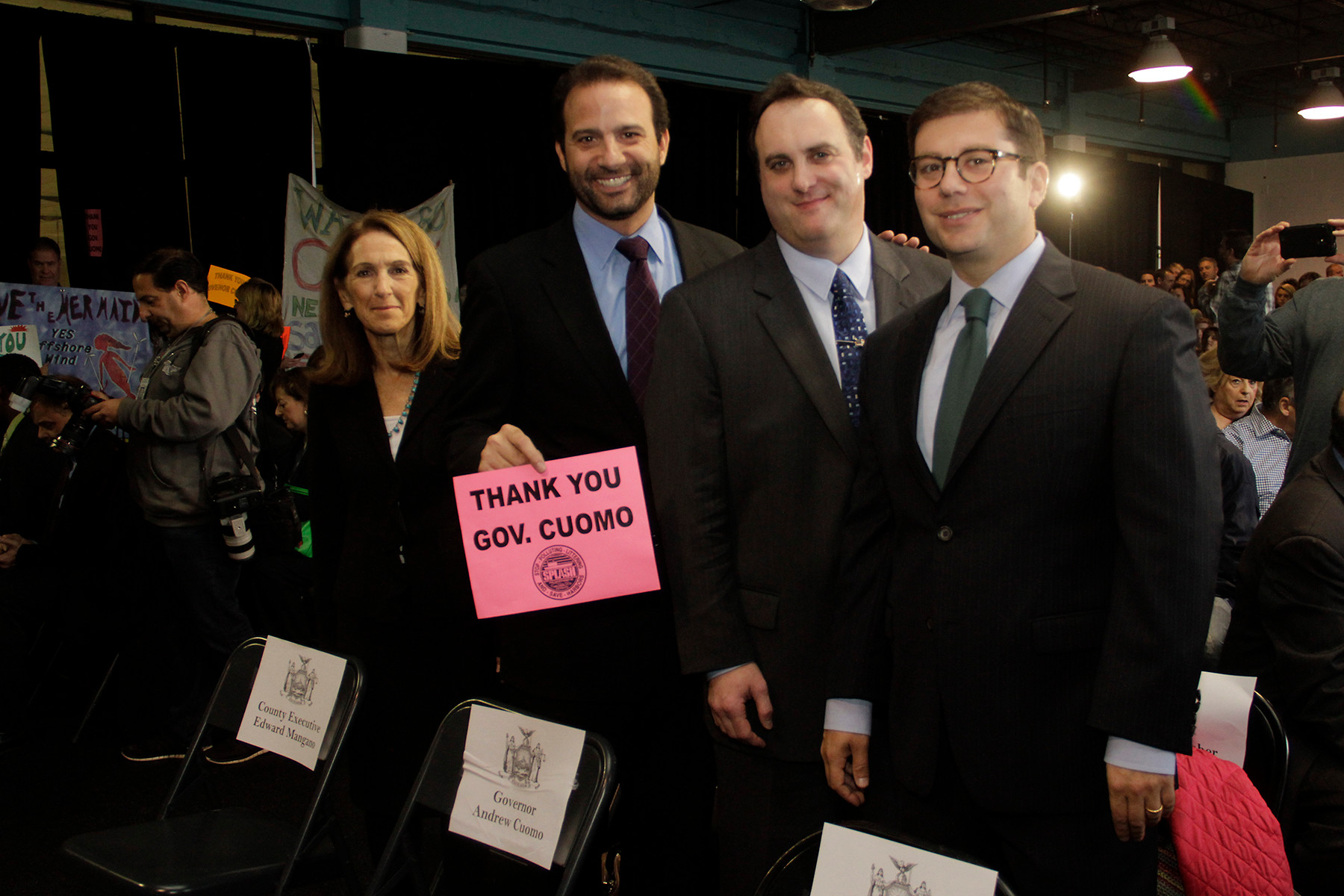 The atmosphere was electric at the Long Beach Ice Arena on Thursday as Gov. Andrew Cuomo announced that he would veto a plan to build a liquefied natural gas import facility roughly 16 nautical miles off Jones Beach.

Port Ambrose, the facility proposed by Liberty Natural Gas LLC, would consist of a series of underwater pipelines and buoys that would facilitate the processing and pumping of tens of millions of gallons of natural gas through the Transco natural gas pipeline, which runs from South Texas to New York.

The company needed federal and state approval to build the terminal in federal waters. The U.S. Maritime Administration — the federal agency tasked with reviewing the proposal — could not approve it without the support of both Cuomo and New Jersey Gov. Chris Christie.

A crowd of roughly 200 environmentalists, local officials and residents burst into applause when Cuomo announced that he would kill the project, citing concerns that the terminal could become a potential target for terror attacks as well as damage the environment.

“When you put all of those things together, the reward is not worth the risk and we’re going to veto Port Ambrose,” Cuomo said.

He added that the terminal would also pose a threat to commercial fisherman and that the proposed location for Port Ambrose conflicted with the potential site of a wind farm, which would produce clean, renewable energy.

“I am overjoyed at the governor’s announcement that he will veto Port Ambrose,” said Assemblyman Todd Kaminsky. “This amazing feat was made possible by the incredible groundswell of opposition to Port Ambrose by every day Long Islanders and their tireless advocacy. Together, we sent a clear message that our safety, precious natural resources and commitment to renewable energy cannot be jeopardized or taken for granted.”

The window during which Cuomo could veto the project opened last Friday, after a final series of hearings held in Long Beach and New Jersey. The Long Beach City Council testified unanimously against Port Ambrose at a hearing at the Long Beach Hotel on Nov. 2.