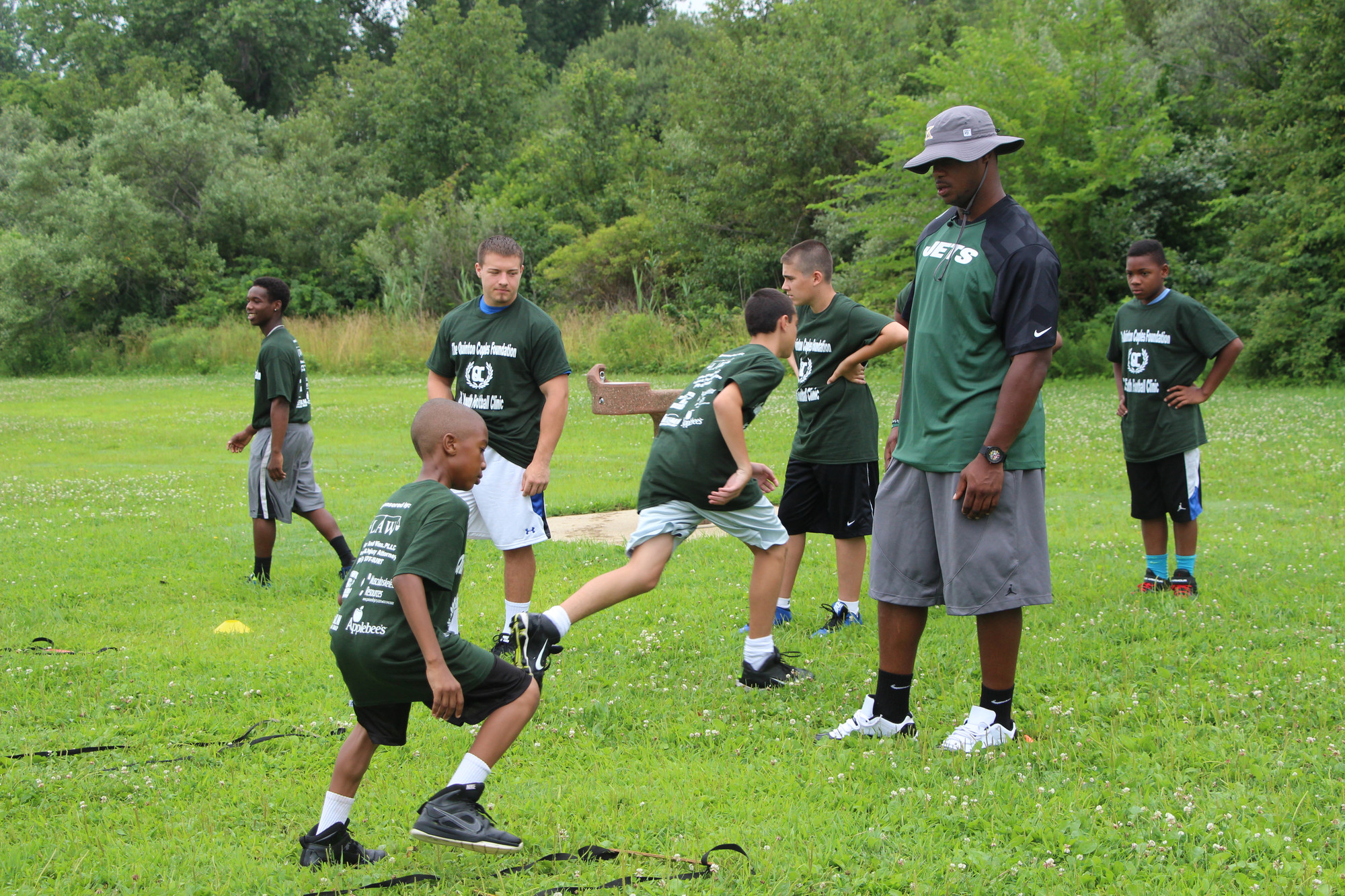 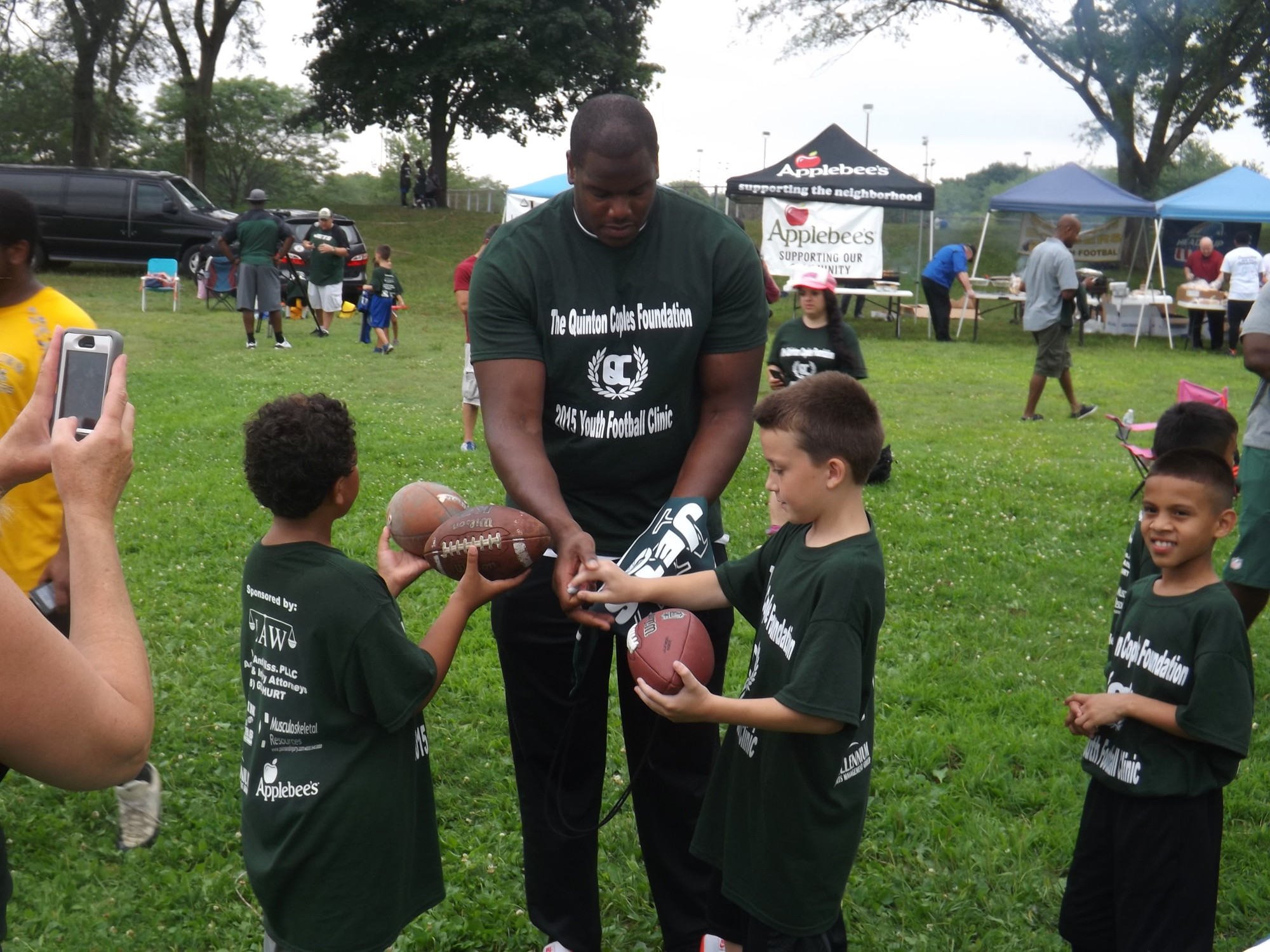 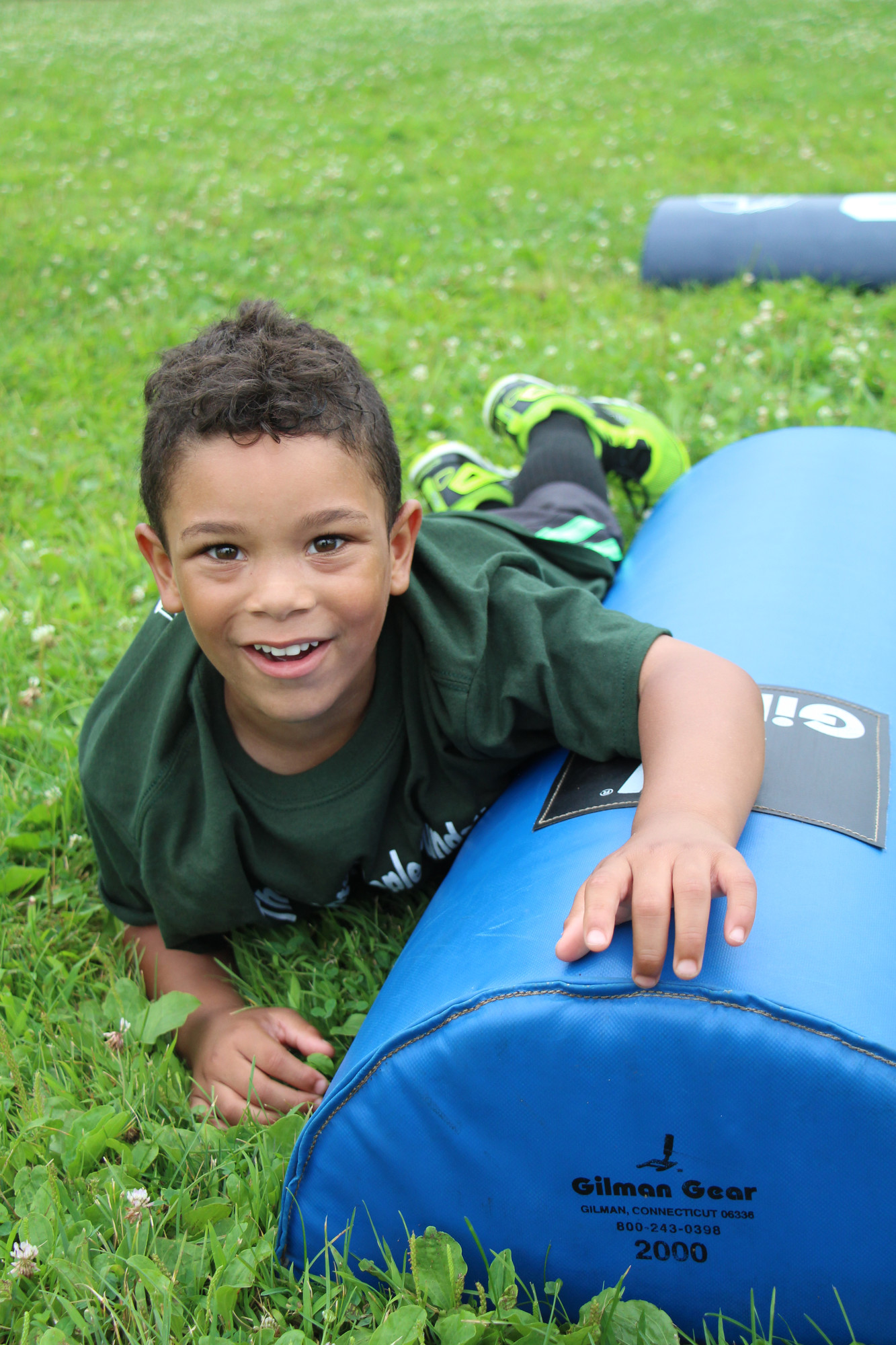 Local football players, from elementary to high school, are taught the fundamentals and intricacies of the game each year by their coaches. Although the season has not yet begun, Baldwin youngsters got a lesson last week from some other people who know the game — only these men were slightly larger.

Coples, whose foundation supports underprivileged children, threw passes and helped the players with their footwork (before and after they broke for an Applebees-sponsored lunch). The Jets’ first-round draft pick in 2012, Coples had contacted Levine and Wiss to see if a clinic could be set up this summer. The firm has a working relationship with Coples and other Jets players.

Garris Williams, an attorney at Levine and Wiss and a coach in the Bombers program, organized the clinic. After two months of phone calls and paperwork, the event was on, and although the threat of rain scared away some of the 130 registered players, a sizable turnout made the day a success.

Following some defensive drills with the clinic’s participants, Coples downplayed his presence at the event. “It’s another day on the job for me,” he said. “I appreciate the kids coming out. I enjoy helping these kids as much as possible, so it’s a great day.”

For Coples, an offseason day spent helping his foundation, which provides food, shelter, money and services to children in foster care or single-parent homes or who have been around drugs, is a productive day. “We do whatever we can to help a child that grew up in a situation that was out of their control,” he said.