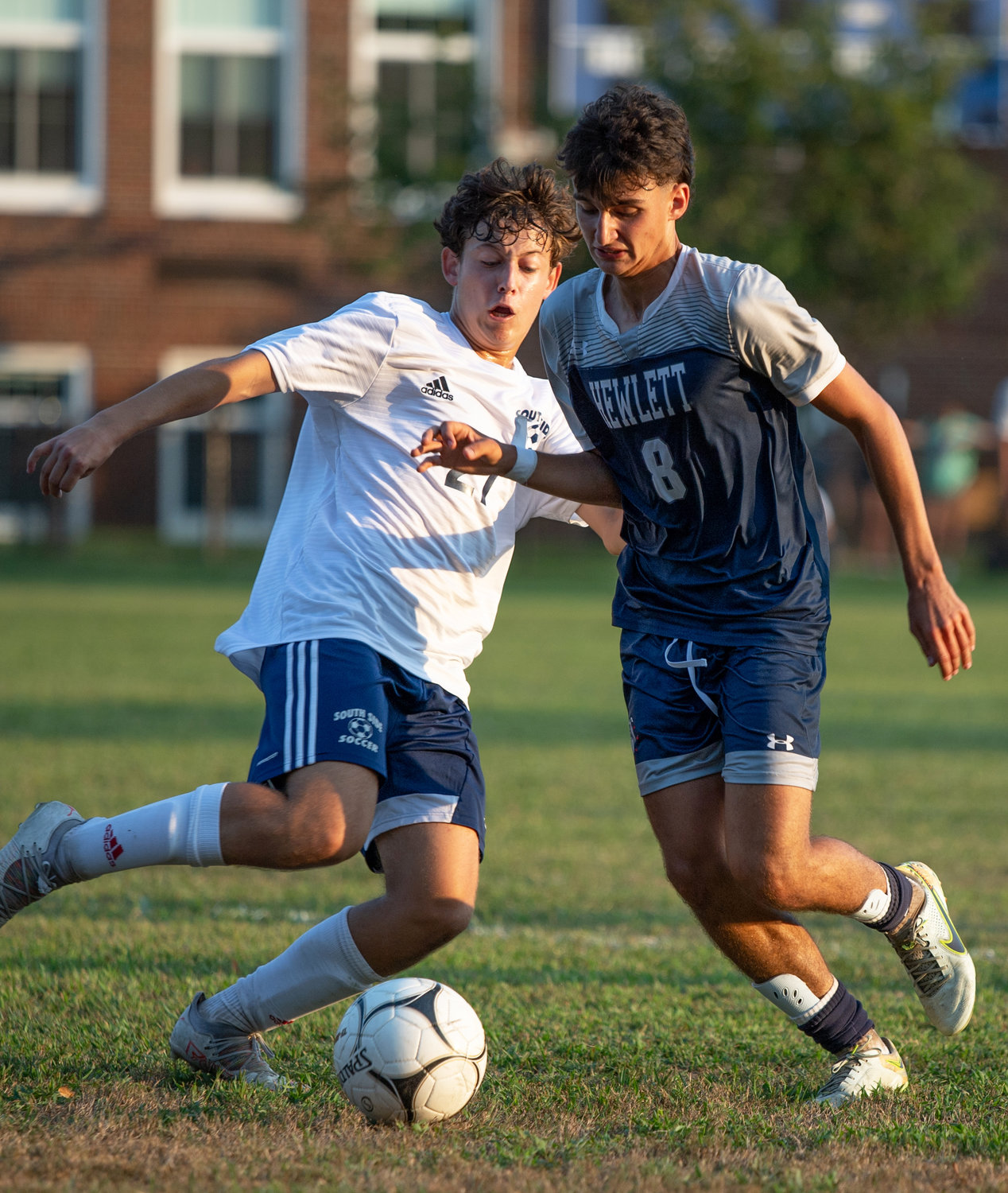 The South Side boys’ soccer team is more determined than ever to overcome last year’s heartbreaking playoff defeat.
The Cyclones went 11-0-1 in conference play during the 2021 seasons en route to a second straight division championship and were poised for their first county title in seven years when, as the top seed, they dropped a wacky 6-5 shootout defeat to visiting Long Beach that ended with the Marines’ goalkeeper netting the decisive tally.
But South Side picked up where it left off and improved to 3-1-1 this season after a 5-1 victory at Lawrence last Friday. Juniors Ryan McNicholas and Gavin Goodland both continued their hot starts with two goals apiece and new starting goalie Jack Phelan made 5 saves for the Cyclones, who overcame a 3-0 loss at Hewlett two days earlier.
“It’s been a good start,” coach Patrick Corvetti said. “We’ve got three top-100 guys on the team and leaders and skilled players. We have a transfer goalie from Kellenberg. I feel like [the Lawrence game] was a good step in the right direction.”
Thanks to McNicholas and Goodland, the Cyclones have amassed 14 goals in five games while allowing just five, but two of the yielded goals came via a penalty kick and an own goal.


“The defense is getting better every single game and they’re starting to work together real well and communicate better,” Corvetti said. “Offensively, these guys are putting the ball in the net.”
McNicholas is fully healthy this year and already has five goals after amassing just three with seven points last fall while missing three weeks. He had the Cyclones’ lone goal in a 1-1 tie against New Hyde Park in the season opener before potting two in a 3-0 win over Sewanhaka on Sept. 9.
“He’s just stepped up,” Corvetti said. “He’s more locked in and he put a lot of time into his skills in the offseason. But he’s definitely healthy, which is one of the biggest reasons for sure.”
Goodland already has four goals and seven points through five games after collecting eight and 11, respectively, last fall and junior Ryan Curtis scored his first two varsity goals in the last three games. Sophomore Connor Fernandez also tallied his first career varsity goal in a 5-0 whitewashing of Valley Stream South on Sept. 12.
Senior Daniel Walter has also been an offensive facilitator with four assists, including three against South, and fellow midfielder Thomas O’Keeffe has impressed Corvetti with his improved positioning on the pitch.
Senior captain Cyprian Motyl has been a defensive stalwart this season and is always communicating with his teammates on the back end. Matt Buglione has a goal and an assist and has been solid on 50-50 matchups and All-Conference defender Ryan Walsh continues to be dependable with his conditioning and high soccer IQ.
South Side faced Valley Stream North and Academy Charter this week ahead of its much-anticipated rematch with Long Beach at home on Friday.
“That’s circled on all of our calendars for sure,” Corvetti said.