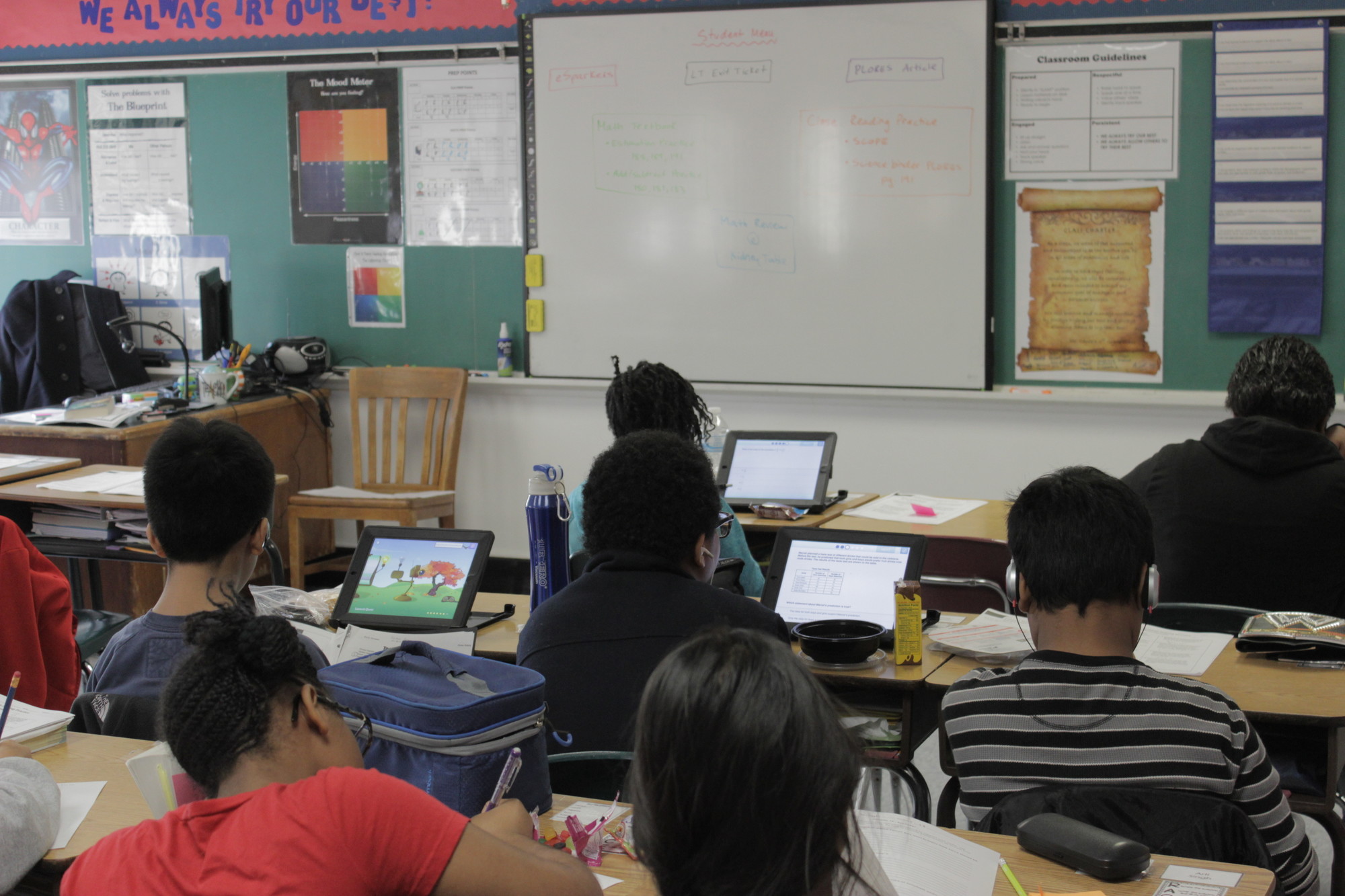 A classroom of students used iPad-based learning software at the Shaw Avenue School on Dec. 10.
Nick Ciccone/Herald
By Nick Ciccone

District 30 has enough Apple iPads for every fourth-grade student, and with more on the way, it’s clear that new technology has become irrevocably bound to the learning process. The district hosted a forum at the Shaw Avenue School on Dec. 10 to detail the status of their iPad initiative, which aims to put a device in every student’s hands in the next two to three years.

“Once you see the resource, there really is no going back,” said Superintendent Nicholas Stirling. The forum included a presentation by eSpark, a company tasked with smoothing the integration process and providing electronic curriculum. That was followed by classroom tours and a discussion session with teachers and faculty from neighboring districts.

In one classroom, a cluster of students sat quietly with iPads, working on exercises tailored to their skill level, while their teacher gave close attention to a smaller group at the other side of the room. This is what the classroom of the near future could look like, according to the district, with curriculum becoming a hybrid of traditional instruction and iPad-based learning.

District 30 has been gradually implementing the technology into schools over the last three years with the help of state funding and eSpark’s guidance. The district secured a $600,000 performance grant through the state Education Department during the 2012-13 school year to pay for the devices and the lockers they are stored in, and has spent $200,000 over the three years since to get the iPads up and running.

The eSpark curriculum is a separate expense paid for by the district’s general fund, but by contracting with the Nassau County Board of Cooperative Educational Services, the district qualifies for a percentage of state aid reimbursement based on their usage, according to Assistant Superintendent for Business Lisa Rutkoske.