Cleaning up the South Shore Town of Hempstead beaches 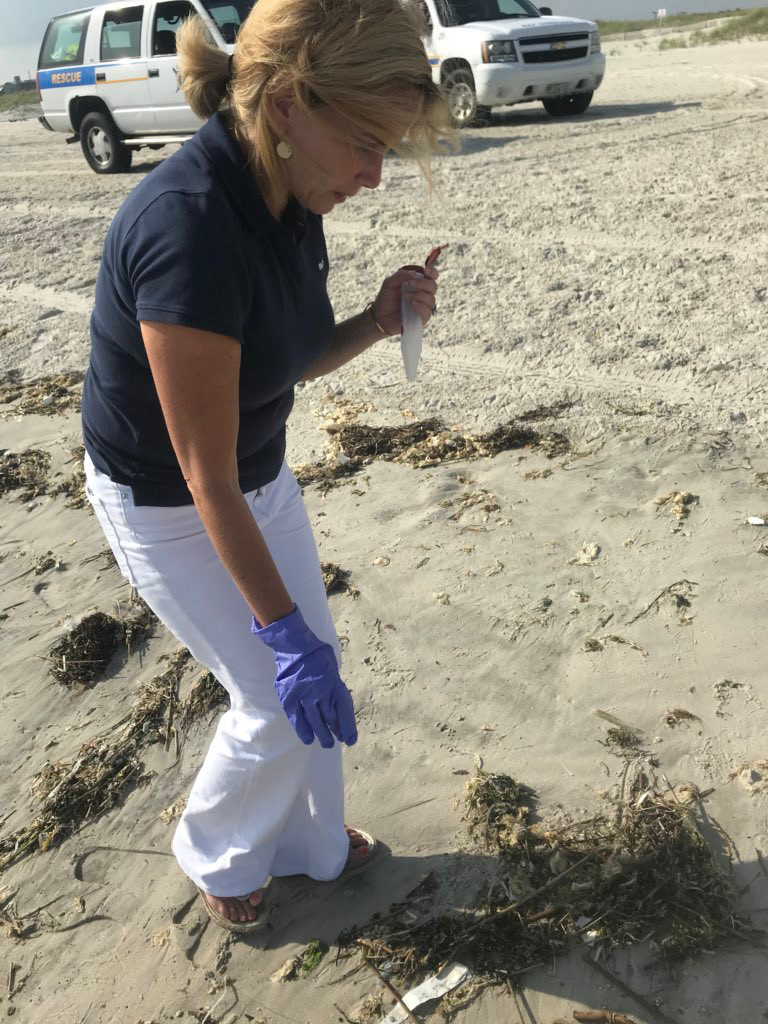 All South Shore Town of Hempstead beaches have reopened after medical waste was cleaned up. Village of Atlantic Beach beaches were expected to reopen Sunday afternoon. Above, Supervisor Laura Gillen, a former lifeguard, helped to pick up medical waste.
Twitter/TOH 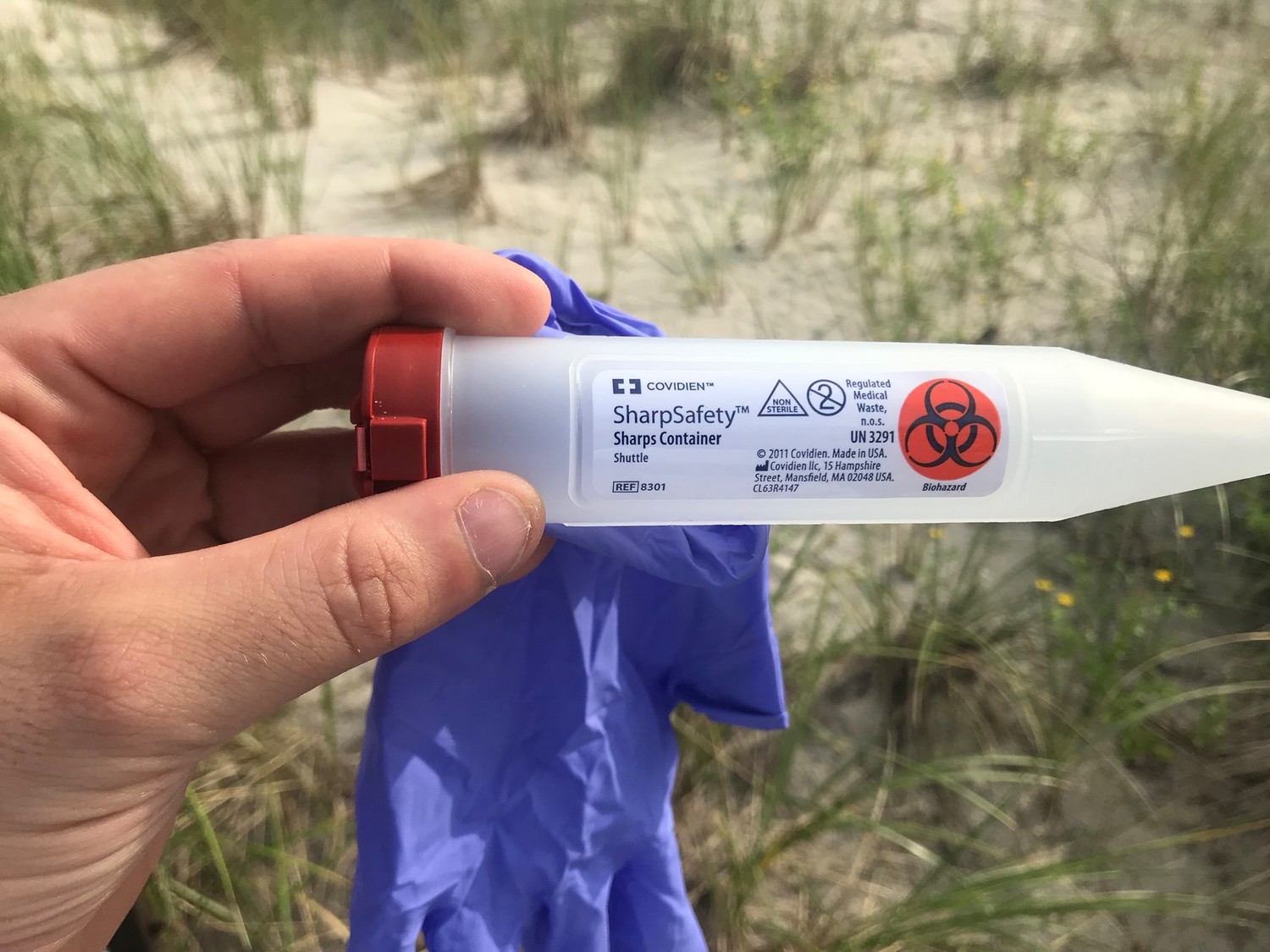 One of the pieces of medical waste that washed up at Lido Beach that forced the closure of South Shore Town Of Hempstead beaches.
Twiiter/TOH
Previous Next
By Jeff Bessen

Town of Hempstead officials announced the reopening of beaches Sunday morning after a nearly two-day cleanup of medical waste that washed up on shore, first on the beach in East Atlantic Beach on Aug. 17, then in other places.

“I would like to thank the incredible men and women of the Town of Hempstead that are our beaches are clean and safe,” Supervisor Laura Gillen said.

Beaches in the Village of Atlantic Beach remained closed until 3 p.m. on Aug. 19. “We are open, Mayor George Pappas text the Herald at 3:15 p.m. Pappas closed the village beaches on Aug. 18, and informed the beach clubs, which were given the discretion to close their private beaches.

He said that Nassau County’s Department of Health helped the village in its cleanup.

County Police Commissioner Patrick Ryder said the investigation is continuing and admonished would-be “junior detectives” that if they find items that could be medical waste, they should call a lifeguard or the police.

“The beaches have been raked and cleared,” he said. “Items have been found with bar codes on, and that could be legitimate trash. Some have been found with doctor’s names, and it has gone viral. We are running down a lot of leads. If you find items, go to the lifeguard. They are fully trained to collect the items, and the police will come and take it. We will have it evaluated. It could be weeks before we know" the origin of the waste.

Before 6 p.m. on Aug. 17, the town announced that the beach at East Atlantic Beach, from Ohio to Clayton avenues, was closed until further notice, “because there is a huge volume of syringes, medical and bathroom waste washing up,” town officials said in a prepared statement.

“There is an excess of medical waste washing ashore,” Town Supervisor Laura Gillen posted on Twitter on Aug. 18. “As a former [life] guard, never seen anything like this before.” The town closed all its South Shore beaches on Saturday.

According to police, a Town of Hempstead lifeguard called 911, reporting that hypodermic needles washed up on the shore in East Atlantic Beach on Aug. 17. Police responded and removed and disposed of the needles. No injuries were reported.

Officials said they do not know the source of the debris, but it appears that someone “dumped bathroom garbage and medical waste in some volume.”

After the news of the medical waste became public, there was talk that it could be because of the U.S. Army Corps’ dredging project. State Assemblywoman Melissa Miller, a Republican who lives in Atlantic Beach, and Gillen contacted the Army Corps later in the day.

“I’ve been informed by the Army Corps that they are shutting down the dredging and just running water to clean the lines right now and will investigate to determine if the dredging has anything to do with the wash up,” Miller said.

Officials recommend that any beach-goers who come in contact with any hazardous materials, particularly hypodermic needles, should call 911, and police will be dispatched immediately. Officers will dispose of the materials.

“The discovery of medical waste has been jarring and is a cold reminder of issues we faced decades ago,” State Sen. Todd Kaminsky, a Democrat from Long Beach said. “It is critical we get to the bottom of this, because our pristine beaches are what define us, and that must be preserved.”

Anyone with information about illegal dumping of hazardous materials should contact Nassau County Crime Stoppers at (800) 244–8477. All calls are confidential.