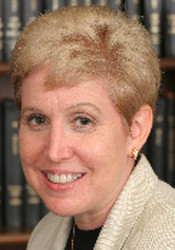 A:  Maybe not.  It has long been the law that schools can look at and use social media postings done outside of school as a basis for taking disciplinary action against a student in school. Now, a recent case out of New York State Supreme Court, Suffolk County, suggests that schools might be able to obtain access to even private social media postings under certain circumstances, including when a student has made claims against the school district.

In Melissa “G” and Garry “G” v. North Babylon Union Free School District, a former student brought a personal injury lawsuit against the school district, claiming that as a result of a sexual relationship with a teacher when she was 15 or 16, she was entitled to damages, including for “loss of enjoyment of life.”   The public postings on the former student’s Facebook page obtained by the district showed, among other things, the student and her boyfriend drinking with friends and rock climbing, and thus, seemed to contradict the student’s damages claim.

That being the case, the school district asked the court to require the student to give it access to the student’s private Facebook postings, on the ground that they were likely to contain additional evidence refuting her claims of damages. The court found in favor of the district, ordering that the student print out all photographs, videos, status postings and comments whether or not deleted and whether posted by the student or someone else, for her attorney to review. Her attorney was then required to produce all private postings that were relevant to her damages claims to theschool district.

The court found that the student’s privacy settings (and thus, the fact that she had limited access to some of that which was posted) did not protect these postings from discovery. Rather, the school district could obtain access to such as it established, using the student’s public postings, that the material it sought likely “contradicts or conflicts with [the student’s] alleged restrictions, disabilities and losses.” This case proves, once again, that caution should be exercised in posting any materials on social media; even “privacy settings” may not protect such “private” materials from public view.

Lynn M. Brown is Of Counsel to Meyer, Suozzi, English & Klein, P.C., and is a part of the Litigation & Dispute Resolution and Education Law practice groups located in Garden City, New York. Ms. Brown has been involved in all aspects of state and federal litigation, with particular emphasis on complex commercial disputes, including contract disputes, partnership disputes, corporate break-ups, antitrust, fraud and securities law actions, construction law matters, defamation cases, landlord-tenant disputes, professional liability and malpractice claims, matters concerning the enforceability of restrictive covenants, and wrongful termination, unfair competition and other business torts. She has handled traditional litigation matters as well as arbitrations and mediations, and has argued on the trial and appellate levels.

For the past fifty years, the law firm of Meyer, Suozzi, English & Klein, P.C. has created a reputation for integrity, insight and intellect that has helped establish the standard for excellence in the practice of law. With offices in Albany, Garden City, Manhattan and Washington, D.C., the firm provides legal advice in the areas of Alternative Dispute Resolution, Bankruptcy, Corporate Finance, Corporate, Criminal Defense, Disability Insurance Claims, Employee Benefits, Employment Law, Government Relations, Labor Law, Litigation, Real Estate, Tax Certiorari & Condemnation, Trusts, Wills and Estates. “Ask the Lawyer” is provided by Meyer, Suozzi, English & Klein, P.C. to inform on matters of public interest. The information contained herein is not to be construed as legal advice or opinion. We provide such advice or opinion only after being engaged to do so with respect to particular facts and circumstances.