End to TPS would mean huge losses for economy 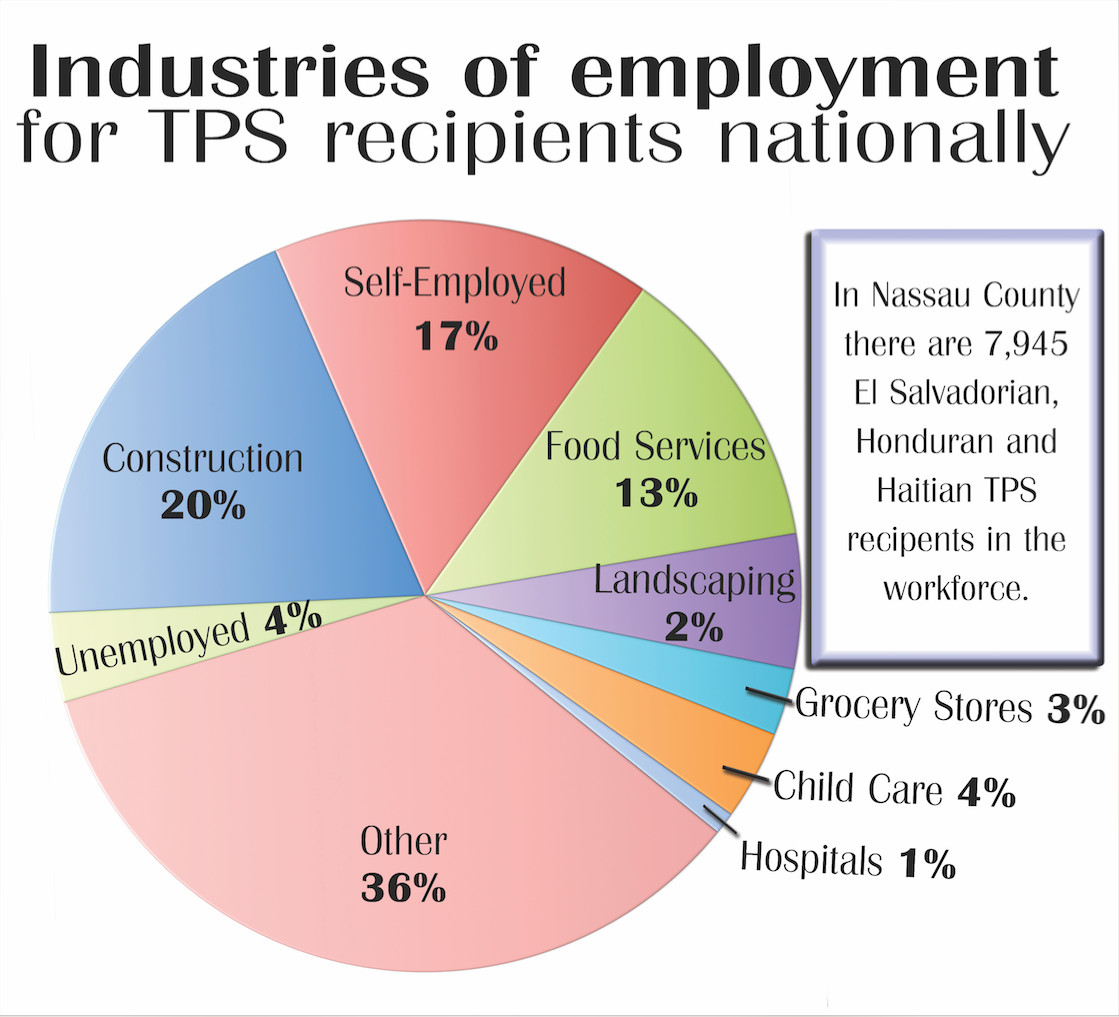 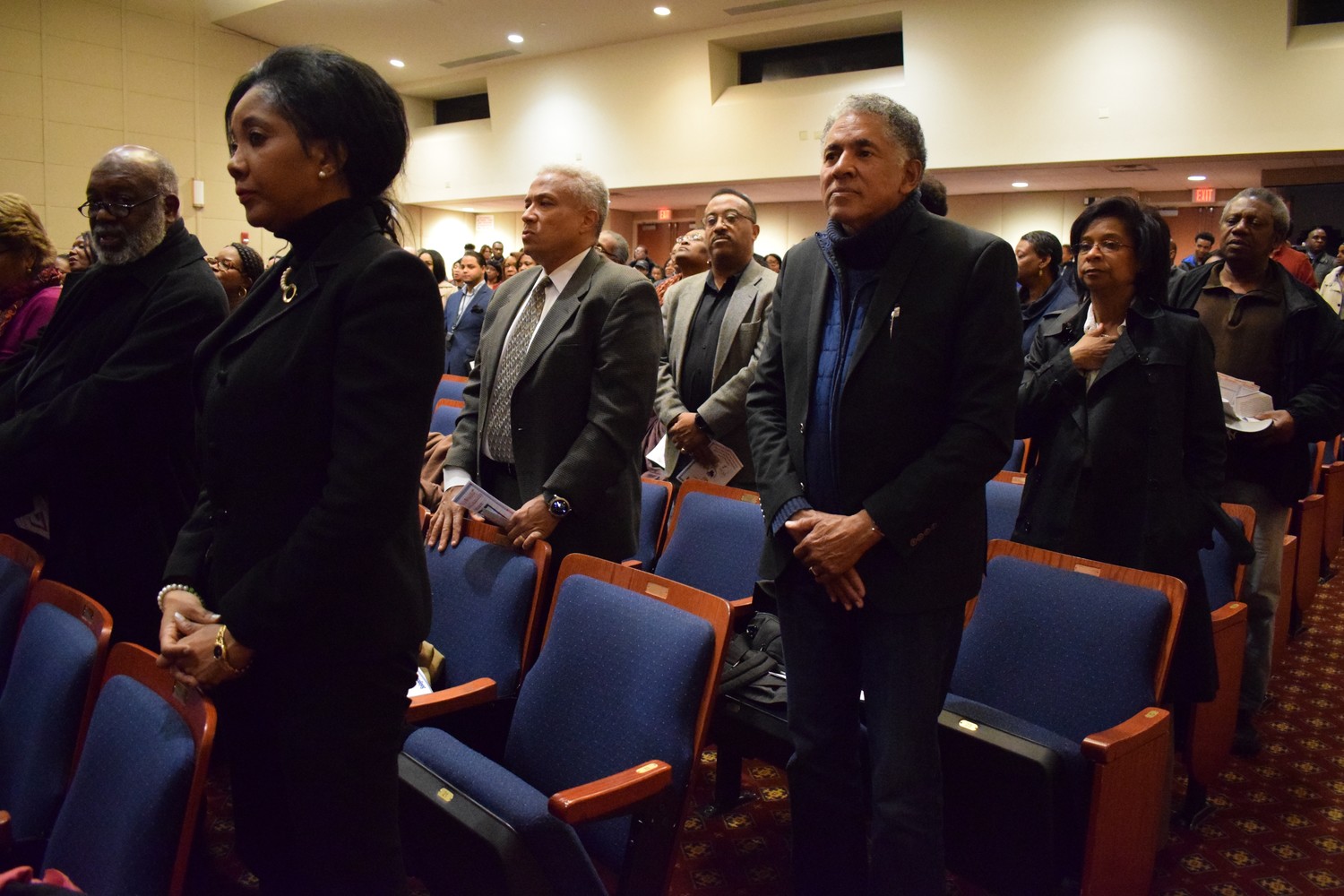 Haitians from Elmont and neighboring communities came together to discuss community issues at the Haiti is Beautiful: Culture Community Celebration event in late February.
Ronny Reyes/Herald
Previous Next
By Ronny Reyes and Nadya Nataly

Haitians from across Nassau County gathered at the Elmont Memorial Library to stand with their neighbors during the “Haiti is Beautiful: Culture Community Celebration” on Feb. 28. Among the main topics of discussion: how to fight President Trump’s repeal of the Temporary Protected Status program, which allows more than a thousand Haitians — and more than 8,000 other immigrants — to live and work in Nassau County without fear of deportation.
The county would lose more than $762 million in economic activity and experience a $427 million loss in spending per year if TPS is, in fact, repealed for Haitians, El Salvadorans, Hondurans and other immigrants, according to a Suffolk County Department of Economic Development report, which included Long Island-wide statistics.
“We’d be losing people who help our communities,” Stephane Casseus, a 20-year-old TPS holder from Elmont, said. “We pay taxes, we own houses, and we run businesses like everyone else.”
Casseus, who came to Long Island after the 2010 earthquake in Haiti destroyed his home, works part time as a personal trainer, volunteers at New York State Assemblywoman Michaelle Solages’s office and takes classes at Nassau Community College, where he is studying business management in the hope of opening his own gym.


“I want to help my community, contribute to it,” Casseus said. “That’s why I’m here.”
Of the five countries that would lose TPS, local officials said the El Salvadoran population would represent the largest loss, in terms of people and economic activity, for Long Island. Gilberto, an El Salvadoran TPS holder, who asked to be identifed only by his first name, has worked in Baldwin for more than a decade and hates the idea of potentially leaving the United States.
Gilberto crossed the border in 2000 to find a better life for his family, and because of TPS, he was able to find work as a mechanic on Grand Avenue and buy a house in Elmont. With the money he earned, he paid for his two sons to cross the border. One is now in the Deferred Action for Childhood Arrivals, or DACA, program, and the other has political asylum.
“What’s happening now is an injustice,” Gilberto said. “I’ve paid all my taxes and contributed. I have a house. A lot of [TPS holders] have houses here. What’s going to happen to our homes?”
“Losing my TPS means I lose my [driver’s] license, too,” Jose Salinas, a TPS holder from Glen Cove, said in his native Spanish. “How will I get to work? Then, in turn, how will I pay my mortgages?”
Salinas works with a Long Island landscaping company and lives with his wife, Carmen. The couple also brought their son over after settling in Glen Cove. The family left El Salvador because of the poverty they faced after a 20-year civil war there.
Salinas, who has spent two decades working and cementing his roots on Long Island, now owns two homes. He lives in one and rents out the other. He now worries that he will lose them both if his TPS status expires.
Despite the possibility that TPS holders will lose their homes and livelihoods, many say they refuse to entertain the idea of leaving when their status expires.
Nassau County Executive Laura Curran said that more than 4,000 homes on Long Island are owned by TPS holders, which amounts to more than $6 million in loans that will go unpaid if they are sent back to their home countries. One of the county’s biggest worries is that the number of so-called “zombie” homes would increase as a result of TPS holders defaulting on their mortgages.
Solages, who serves as chairwoman of the state’s Task Force on New Americans, said it’s imperative to protect TPS holders in Nassau County and New York.
“You can’t block the immigrant community,” Solages said. “Immigrants are a major force in our economy.”
Report an inappropriate comment