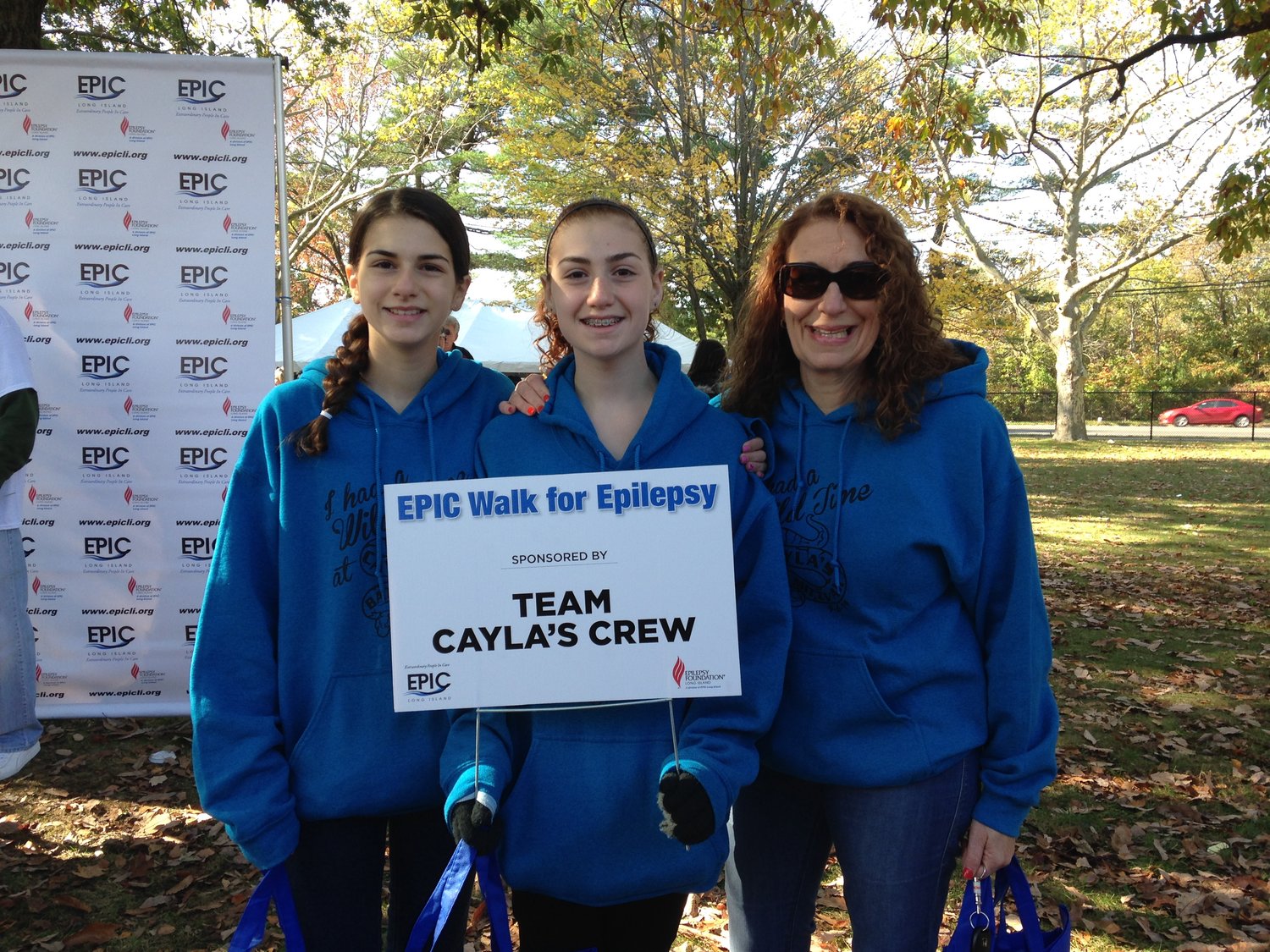 Cayla Goldstein, center, with her sister Allie, far left, and their mother, Janet, have taken part in the walk for many years.
Courtesy Janet Goldstein 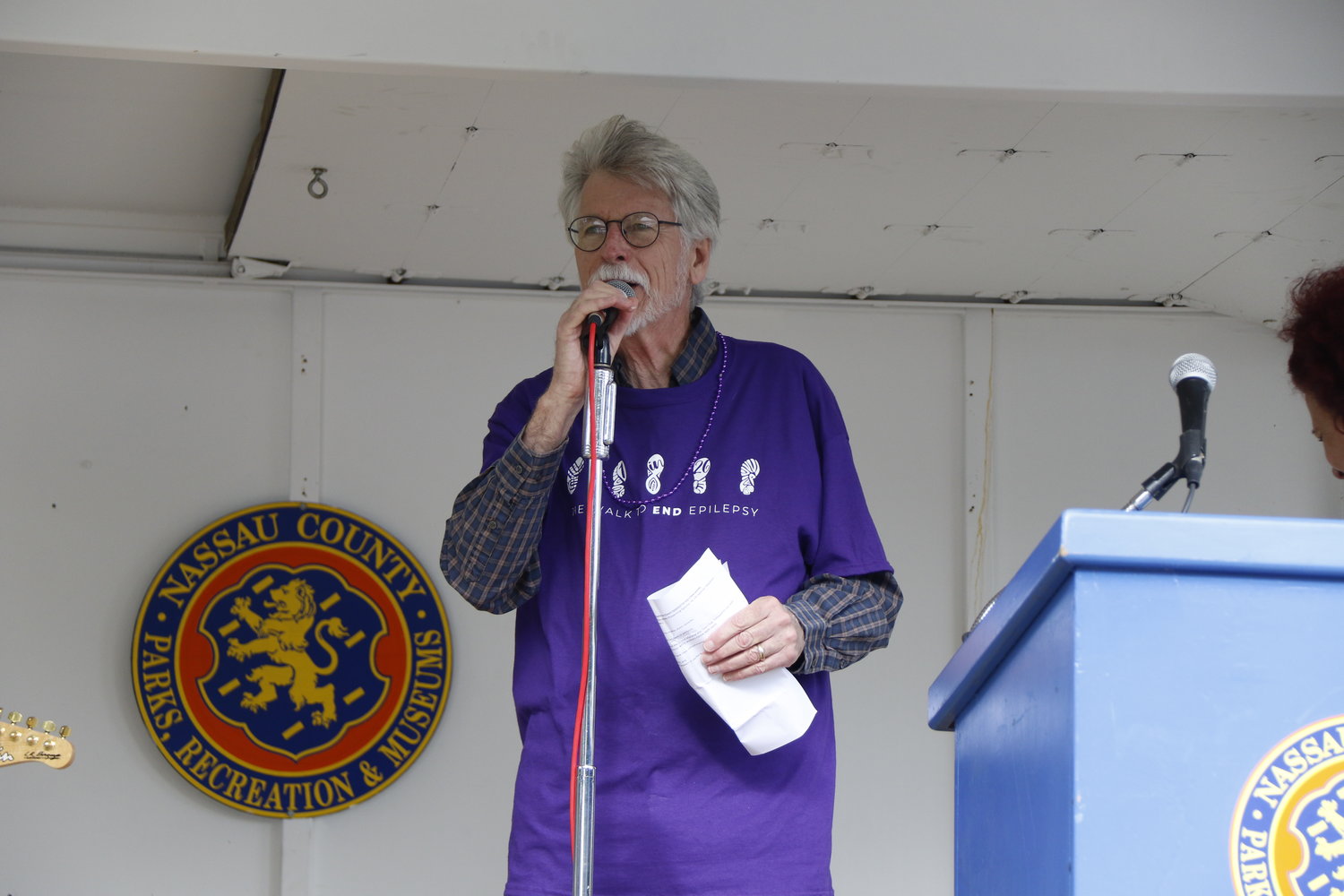 President and CEO of the Epilepsy Foundation Tom Hopkins welcomed everyone to the walk.
Christina Daly/Herald 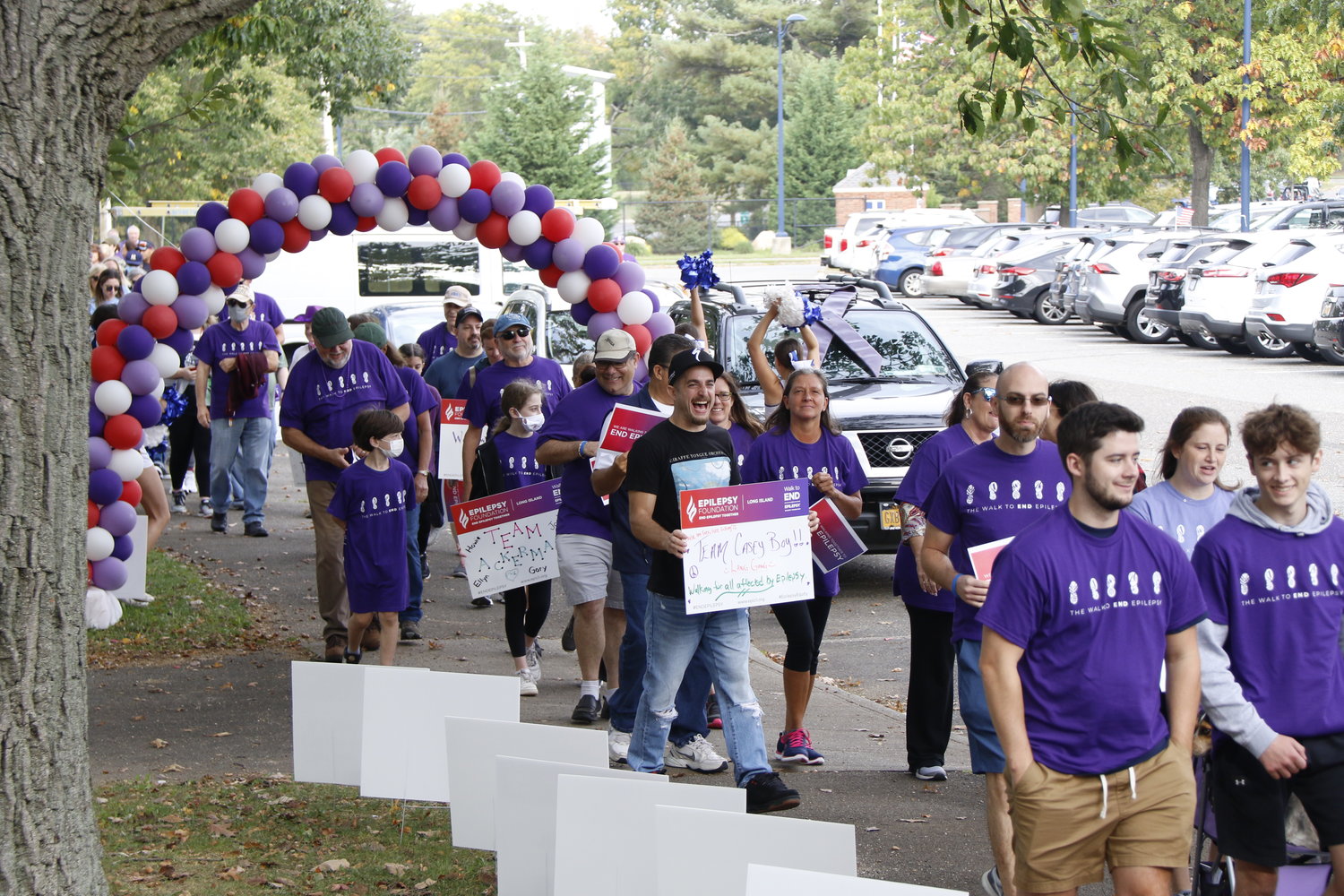 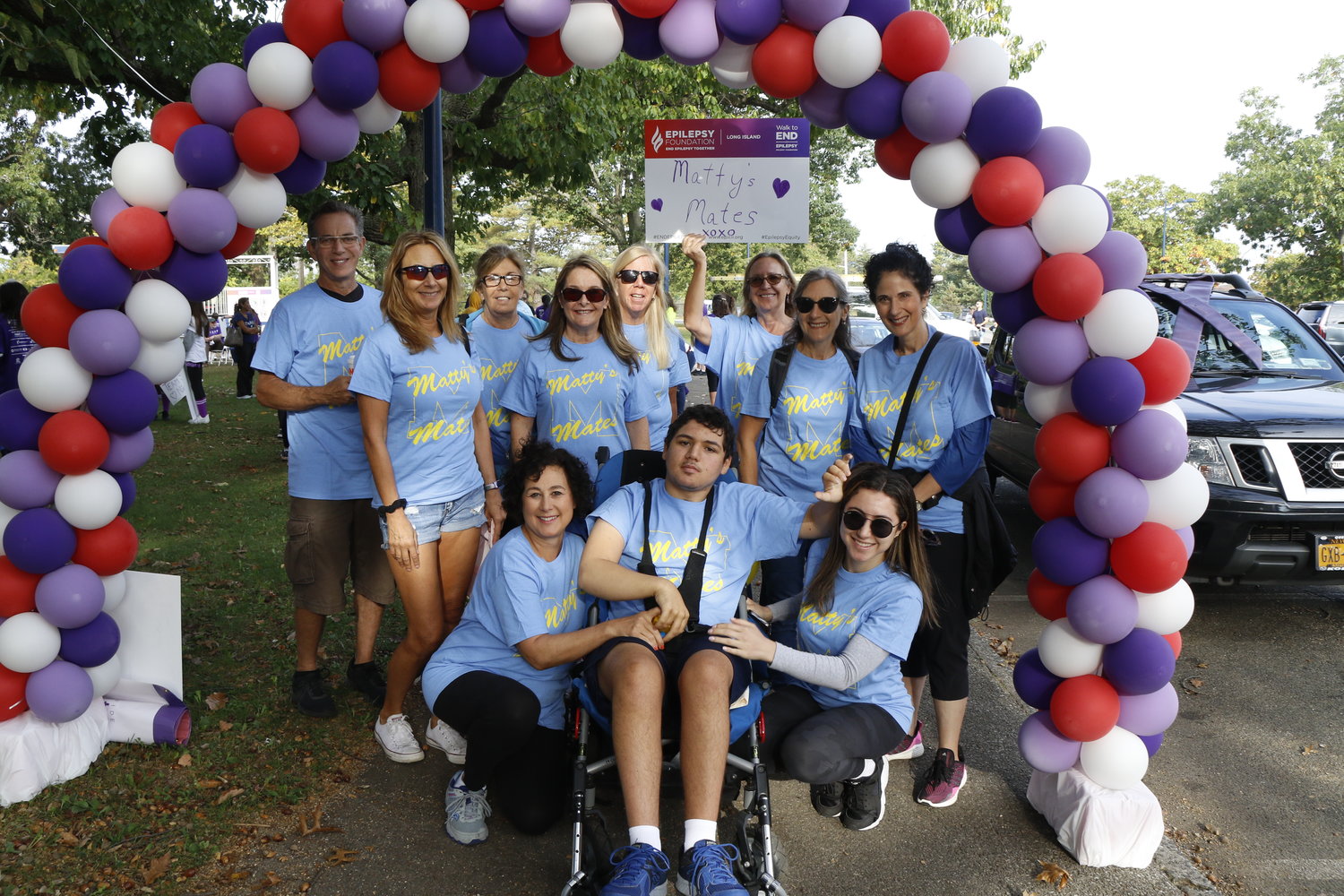 When 8-year-old Cayla Goldstein came home and told her mother, Janet, that her teacher switched topics in the middle of a conversation, Janet knew exactly what that meant.

“I was asking Cayla about how her school day was and she told me that something strange had happened that day,” said Janet, who lives in East Meadow. “She said her teacher was talking about math and then all of a sudden she was telling everyone to get ready for lunch.”

Cayla, now 20, was diagnosed with epilepsy after she started experiencing absence seizures at 8 years old, which cause lapses in awareness. When someone is experiencing an absence seizure, it may look like they have stopped paying attention and are staring off into space. They begin and end abruptly, only lasting a short time. These types of seizures are more common in children.

Epilepsy is one of the most common neurological disorders in the United States, said Tom Hopkins, president and CEO of EPIC Long Island. Located in East Meadow, the organization provides epilepsy training, education and support programs.

“Not a lot of people know a lot about epilepsy,” Hopkins said. “I think a part of it is because people are ashamed or afraid to talk about it sometimes.”

EPIC Long Island holds a walk every year that aims to increase epilepsy awareness and raise funds for the Epilepsy Foundation Long Island’s education programs and outreach services. This year, the 10th annual walk was on Oct. 16 in Eisenhower Park.

“During these challenging times, support for our programs and services is more important than ever,” Hopkins said in a statement. “We’re grateful to our sponsors and to our entire community of supporters for helping us to meet the needs of children and adults living with epilepsy. We look forward to a successful walk and moving a few steps closer to finding a cure and ending epilepsy once and for all.”

Cayla and her family participated in the walk for many years until their schedules started to not align. They had a team called “Team Cayla” and walked with friends and families.

“The walk brings attention to an illness that not many people know about and an illness that isn’t that visible. It’s like a silent illness,” Janet said. “The walk made epilepsy more common and helped people understand it more.”

The walk usually brings in about $60,000 to $80,000, Hopkins said. All the money goes to the services provided at the EPIC Long Island center.

“It impresses me how people respond,” Hopkins said. “It’s great to be talking about things that aren’t normally talked about. It’s freeing to the people who have epilepsy.”

Ironically, Janet, who was an elementary school teacher at the time, had just been discussing epilepsy in school the same day that Cayla shared what she had experienced in her classroom. Janet was in charge of Disabilities Awareness Week and had organized Kids on the Block, a puppet show that teaches children about acceptance and different disabilities, including epilepsy.

“When she told me how she felt afterward, I just knew exactly what it was,” Janet said. “I just had the conversation in school, so I knew the signs and I called my doctor the next day, and we got a neurologist.”

Cayla said she was tired and hot after the seizure and was not completely aware of her surroundings.

“I was listening to what the teacher was saying, but then the next thing I knew, she was on a completely different topic. I had no idea how we got there,” Cayla said. “That seemed weird to me.”

No one else in their family had seizures, Janet said. Cayla went on to have absence seizures three or four times a week for years.

“When the doctor said I have epilepsy, my initial reaction was that I was confused. I was young, so I didn’t know what it really meant,” Cayla said.  “When I learned more about it, I wasn’t very scared because I knew what to expect. I knew what steps I had to take to handle it within my daily life.”