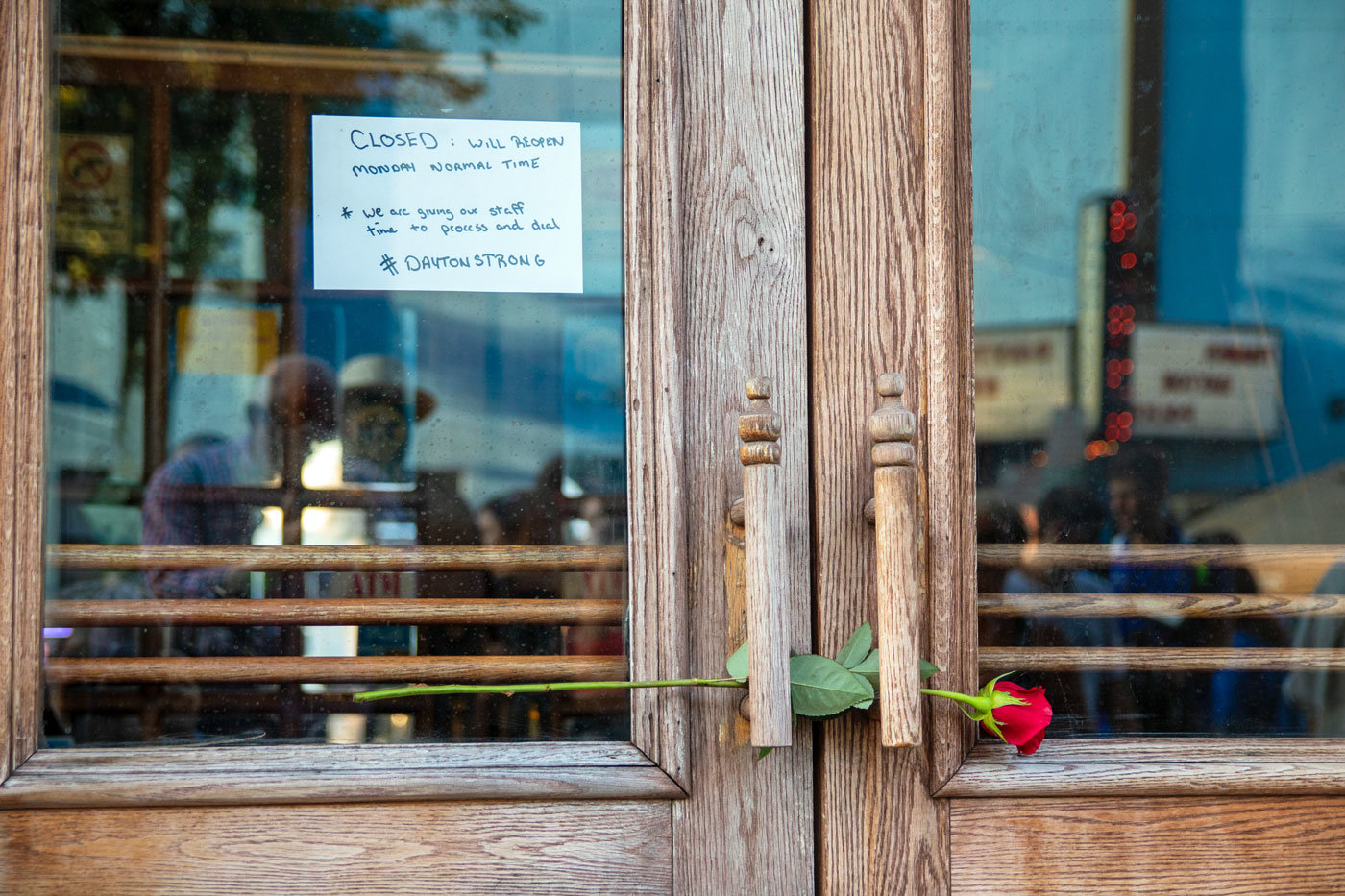 Ned Peppers Bar in Dayton, Ohio, was closed on Aug. 4, the day after nine people were killed near the bar’s entrance.
Wikimedia Commons

In the wake of two mass shootings in El Paso, Texas, and Dayton, Ohio, in which 32 people died, parents of young children may be wondering how to speak with them about tragic events. A few experts gave the Herald their take on the challenge.

The two shootings took place roughly 13 hours apart, starting at 10:40 a.m. on Aug. 3, when 21-year-old Patrick Wood Crusius entered a Walmart in El Paso with a semi-automatic AK-47 and killed 22 people. It was the deadliest mass shooting in the United States this year. The second shooting occurred at 1:05 a.m. on Aug. 4, when 24-year-old Connor Stephen Betts opened fire near the entrance of Ned Peppers Bar in Dayton. Nine people were killed, and the police killed Betts within 32 seconds of his first shots.

Dr. Laurie Zelinger is an author and children’s psychologist in Cedarhurst who has written a number of books, including “Please Explain Terrorism to Me: A Story for Children,” published in 2016. One of the most important things parents can do, Zelinger said, is the most obvious: break the news to their children. “It’s important for the parents to be the first source for their children with these events,” she explained. “This can be tough to do at times, since children now have much more access to news, with smartphones as well as other kids telling them about it at school or camp.”

Bob Meislin is the director of Tempo Group’s Merrick office. Tempo offers drug and alcohol abuse and addiction programs for youths, teens and adults and also has offices in Woodmere and Syosset. Parents are affected by tragedies as well, Meislin said, and should try to control their emotions when talking with their children. “Parents are not immune to not being affected by tragic events,” Meislin said. “You should process the news before you talk about it. Parents should also remember to talk with their children, not at them.”

Both Meislin and Zelinger caution that children 5 or younger should not be told about tragic events. Zelinger added that it is up to parents to decide how much to tell older children. “The younger children should know less and the older can know more,” she said. “How much they should tell depends on the temperament of their children. But regardless, the conversation should be kept brief, and you shouldn’t talk with them before bedtime, since that can possibly lead to the child having nightmares.”

Meislin noted two signs to look for in children after discussing a traumatic event with them. They may be hyper-aroused — on permanent alert, and thinking that something bad will happen again. The second sign is constriction, when children isolate themselves and manifest behavioral changes, such as decreased appetite and altered sleep patterns.

“As difficult as this can be to do, I think it’s important to keep children away from media for a couple of days after a tragic event,” Meislin said. “If these traumatic signs are evident after two weeks, I’d consider seeking professional help for them.”

Phoebe Williams, a social worker at New Horizon Counseling Center, in Valley Stream, who works primarily with children and adolescents, said that parents should avoid revealing too many details to their children. “Before you discuss the event with them, ask them what they know first so you can properly structure your dialogue with them,” Williams said. “You don’t want to over-share too much information that may upset them. Another thing for parents to keep in mind is to make sure you do more listening than talking.”

Zelinger added that parents should point out the silver lining in a tragic event. “Make sure you make it clear to your children that they’re safe,” she said. “Also, tell them that the police got the ‘bad guy’ so they know that other people have been saved and the situation is defused.”

Have you explained mass shootings to your children? Share your story with us. Send it to jbessen@liherald.com.