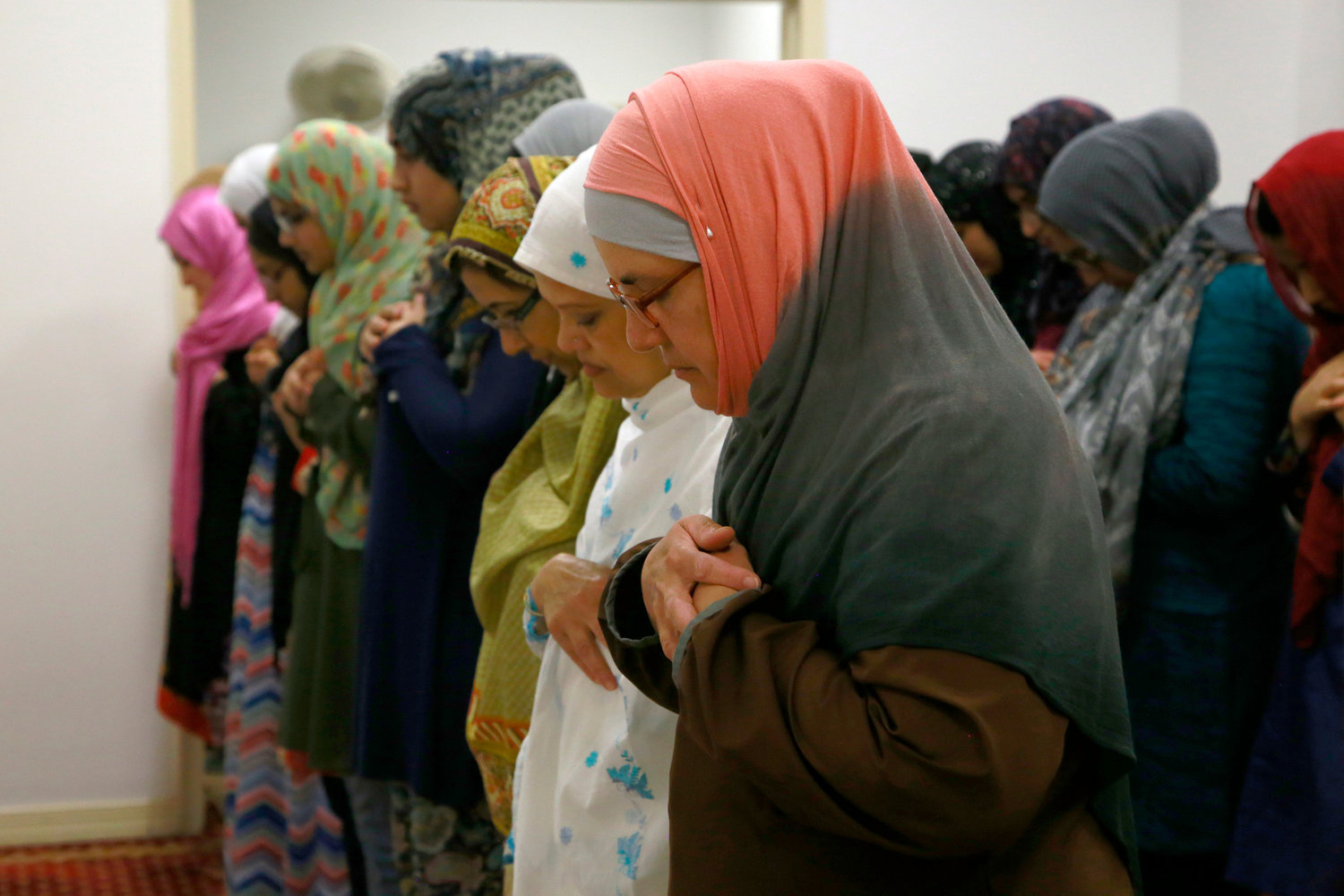 A bill that would require the Nassau County Police Department to patrol houses of worship countywide would give Bellmore’s Muslim population some peace of mind, faith leader Fahad Qamer said.
Herald File Photo
By Anthony O'Reilly

Fahad Qamer, president of Jaam’e Masjid in Bellmore, said congregants of the mosque are worried for their safety. “Because of what’s going on around in the world today,” Qamer, of Merrick, said, “we have a lot of concerns in our masjid. People are afraid.”

In recent years Muslims have watched in horror as extremists and terrorists have committed acts of violence in mosques around the world — most recently, a gunman killed 51 people at a Christchurch mosque in New Zealand during Friday prayer services. Qamer said the killings have sparked fear in Muslims in Bellmore.

Rabbi Mickey Baum, head rabbi of Temple Beth Am of Merrick and Bellmore, said that same fear is felt by Jewish people following attacks on synagogues. “Hatred does not differentiate between color of skin, religion or creed,” Baum said. In recent years, anti-Semitic attacks have risen and several synagogues have been the targets of mass shootings.

This climate of hatred, which infringes on parishioners’ right to practice their faith openly and safely, is unprecedented, said Nassau County Legislator Arnold Drucker, a Democrat from Plainview. It’s also the motivation behind his new bill.

Drucker recently proposed a bill that would require the Nassau County Police Department to patrol at places of worship countywide. The department’s duties would include concentrating “police resources … to prioritize the protection of houses of worship and religious institutions.”

“Our Constitution affords us the right of freedom of religion, and when that’s at risk, it triggers a tremendous outpouring of fear and anxiety,” Drucker said. “We never thought we’d live in a day when we’re concerned about going into synagogues, churches and mosques. It’s unheard of, but it can happen right here in Nassau County.”

The bill was filed with the county clerk in early May, and has yet to be assigned a committee. It is too early to tell when it would come before the Legislature for a vote.

Qamer and Baum both said they support the bill and called it necessary. “I think it’s a welcomed deterrent,” Baum said. “If someone is thinking of committing an act of violence and they see a police officer sitting in a cruiser nearby, they’re going to think twice about it or maybe just go away.”

Qamer said the mosque’s leadership has had to hire private security guards, especially during Islamic holidays and the month of Ramadan, which is ongoing. He said the bill might alleviate that fiscal strain. “It just makes sense to have more security,” he said.

The bill does not have the support of County Legislator Steve Rhoads, a Bellmore Republican. Chris Boyle, the County Legislature’s deputy director of communications, said in a statement that the bill is well intentioned but accomplishes nothing. “The NCPD is already dedicated to protecting our houses of worship as well as schools, day care centers, colleges and other potential targets of violence,” Boyle said. “The proposed law will not in any way change policing in our county.”

The bill would not apply to municipalities with their own police forces, such as the cities of Glen Cove and Long Beach and the villages of Rockville Centre and Freeport. Drucker said he was optimistic, however, that those departments would follow the county’s lead and work together to increase patrols.

“The Nassau County Police Department has intensified and increased patrols around all houses of worship to protect all and will continue to do so,” Police Commissioner Patrick Ryder wrote in an email to the Herald Gazette. “In addition, the NCPD Intelligence Unit continues to work with federal, state and local authorities.”

Although they welcomed more patrols, Bellmore-Merrick’s faith leaders said the NCPD has already done a great job protecting the communities’ houses of worship. “Our local police precinct has really stepped up patrols,” Baum said. “I see them sometimes just sitting in our lots.”

Both also said there have been few acts of hatred in Bellmore-Merrick in recent years. Qamer said a man shouted at congregants before vandalizing mosque property a few years ago. “But we haven’t had anything big so far,” he added.

Baum said a small swastika was found near the temple, but no acts of violence have been committed against worshippers. According to the Anti-Defamation League, there has only been one reported act of anti-Semitism in the two neighborhoods over the past year — a swastika was discovered at the Bellmore Long Island Rail Road station last June.