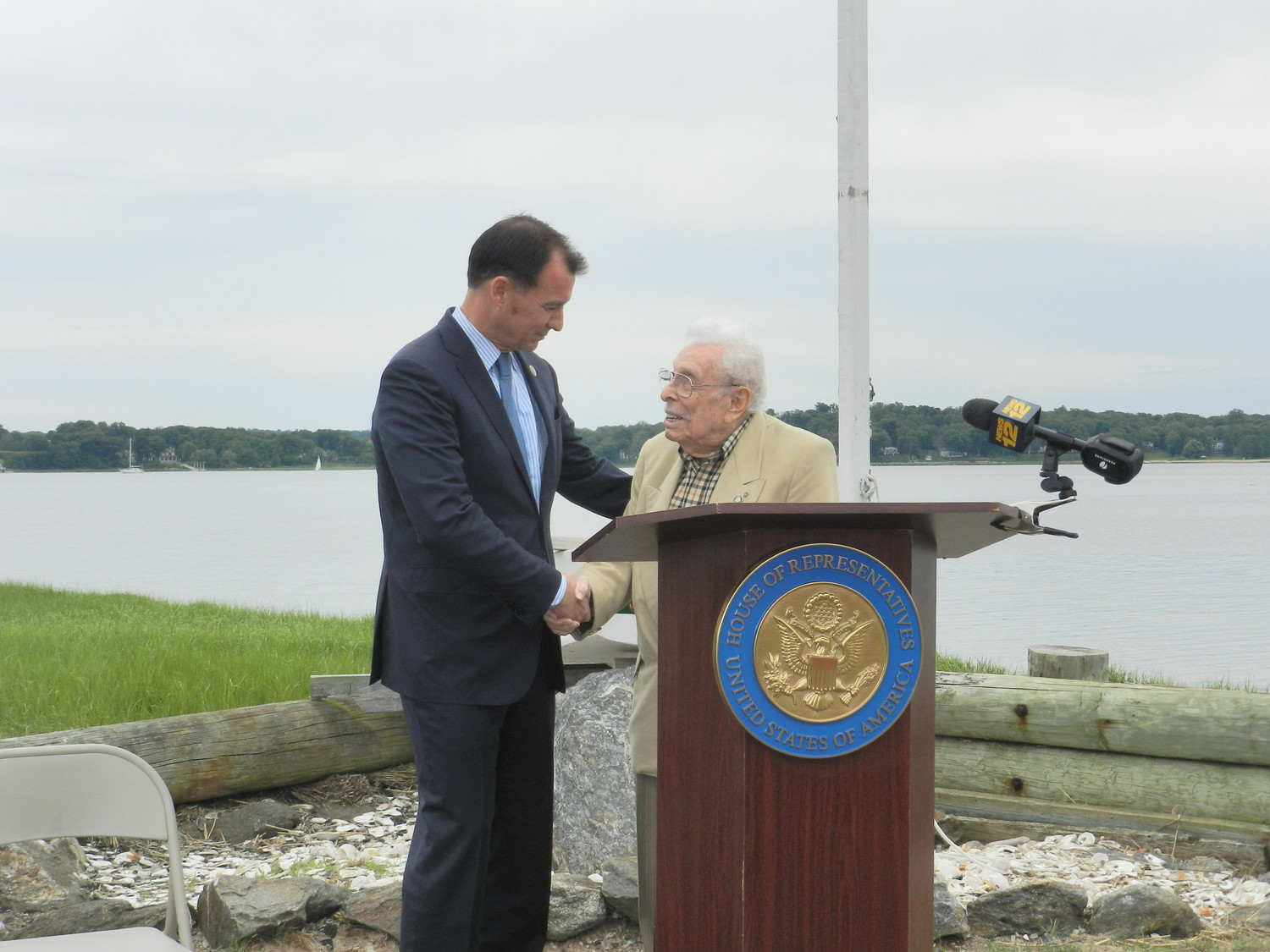 U.S. Rep. Tom Suozzi recently helped secure a five-year reauthorization of the federal Long Island Sound Program, a $65 million effort that brings together federal and state agencies from New York and Connecticut to study and restore the sound.

Suozzi, a Democrat from Glen Cove who co-chairs the Long Island Sound Caucus with Rep. Lee Zeldin, a Republican from Shirley, was appointed to the post by his fellow congressional representatives in March 2017. As mayor of Glen Cove, he hosted the Long Island Sound Conference in 1998, which invited environmentalists and government officials to discuss issues affecting the sound. Among the biggest concerns was — and still is — nitrogen in the water from sewage treatment plants.

“Nitrogen is like a fertilizer,” Suozzi said. “When you have nitrogen from human waste running off into the water, it causes microscopic organisms to grow, which is why the water is dark.” He explained that decomposition of those organisms robs the water of dissolved oxygen, replacing it with carbon dioxide, making the sound more acidic.

Efforts to reduce nitrogen, however, have paid off, according to Suozzi. “We’ve been able to cut nitrogen levels from sewage treatment plants by 50 percent over the past 20 years,” he said, and funds from the Long Island Sound Program “will be used to continue that work, build up wetlands, clean the water and address the long-term issue of rising sea levels due to climate change.”

The Long Island Sound Program, established in 1985, has:

• Engaged thousands of people through education and volunteer programs.

Eric Swenson, of Oyster Bay, and Carol DiPaolo, of Sea Cliff, are members of the Long Island Sound Study’s Citizens Advisory Committee. As executive director of the Hempstead Harbor Protection Committee, Swenson and his group have pushed for the program’s reauthorization. “The funding mechanism that allows Congress to appropriate monies,” he said, “is through the Long Island Sound Restoration and Stewardship Act, which expired several years ago,” in 2011.

“With [the program] authorized,” Swenson said, “it puts a line item in the [federal] budget for grants that can be used to restore wetlands, build fish ladders, preserve open space and hold educational programs for the public about enhancing water quality around the sound.”

DiPaolo is the program director and water-monitoring coordinator for the Coalition to Save Hempstead Harbor. She has been a member of the Citizens Advisory Committee since 1992, and in the past has secured grants through the Long Island Sound Futures Fund to support the coalition’s water-monitoring program. The fund supports projects in local communities that aim to protect and restore the sound.

“You need tremendous resources to get the job done,” DiPaolo said, “and [the reauthorization] eliminates an impediment to make sure there is federal money available.”

Swenson said he would like to see an infrastructure plan to improve municipal septic systems that surround the Sound. Suozzi, who is up for re-election in November, said he plans to propose legislation to improve sewer infrastructure if he is re-elected.

“We’re facing a big challenge now related to sewer treatment plants and cesspools,” he said. “A massive infrastructure program would further reduce the nitrogen levels running off from those entities.”

Suozzi added that the planned bill would likely be greeted with bipartisan support in Congress. “It’s a good case for common ground,” he said.