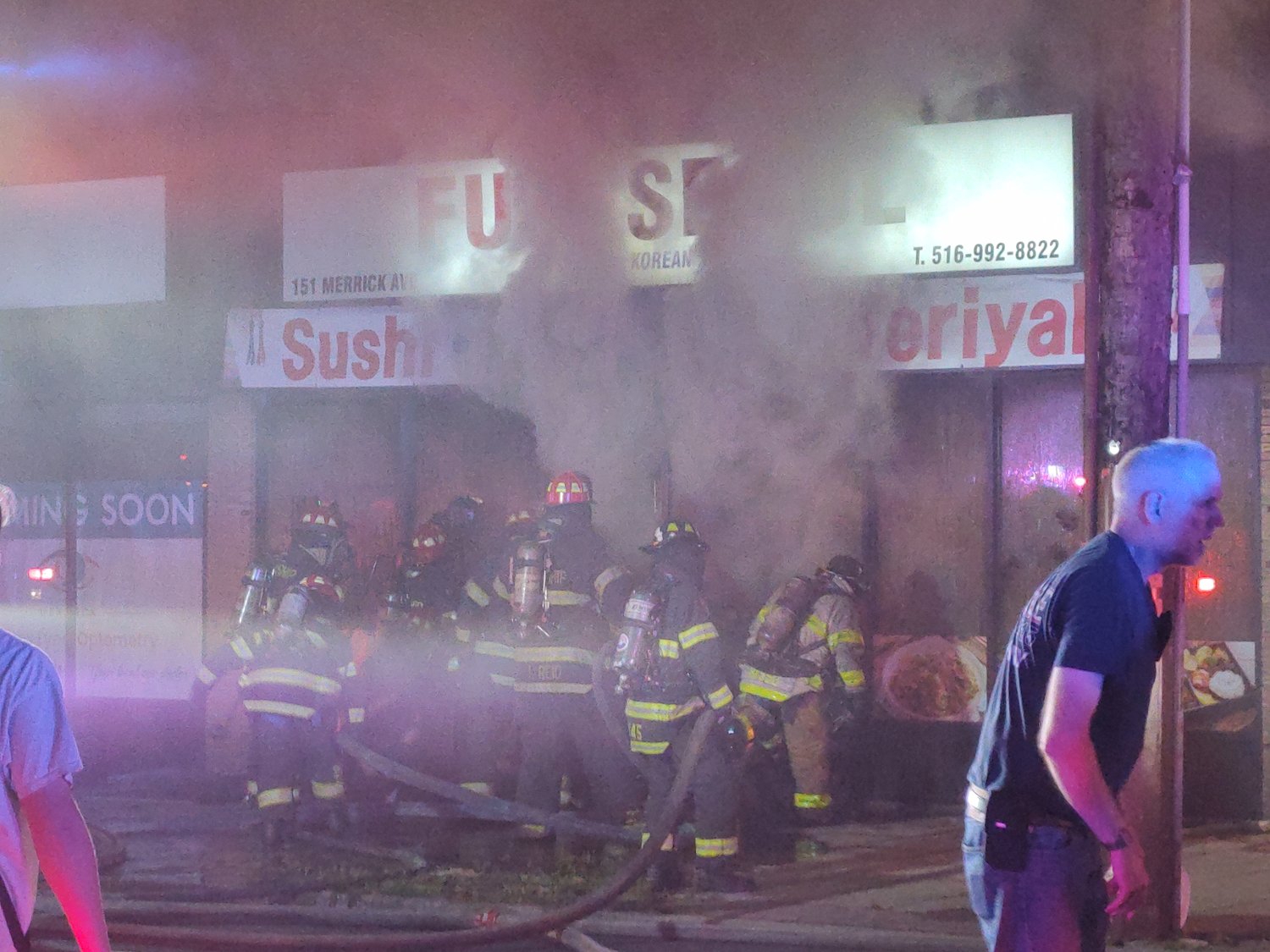 Smoke was pouring out the Fuji Seoul Restaurant Wednesday night in Merrick as firefighters battled the blaze.
Courtesy John Scalesi 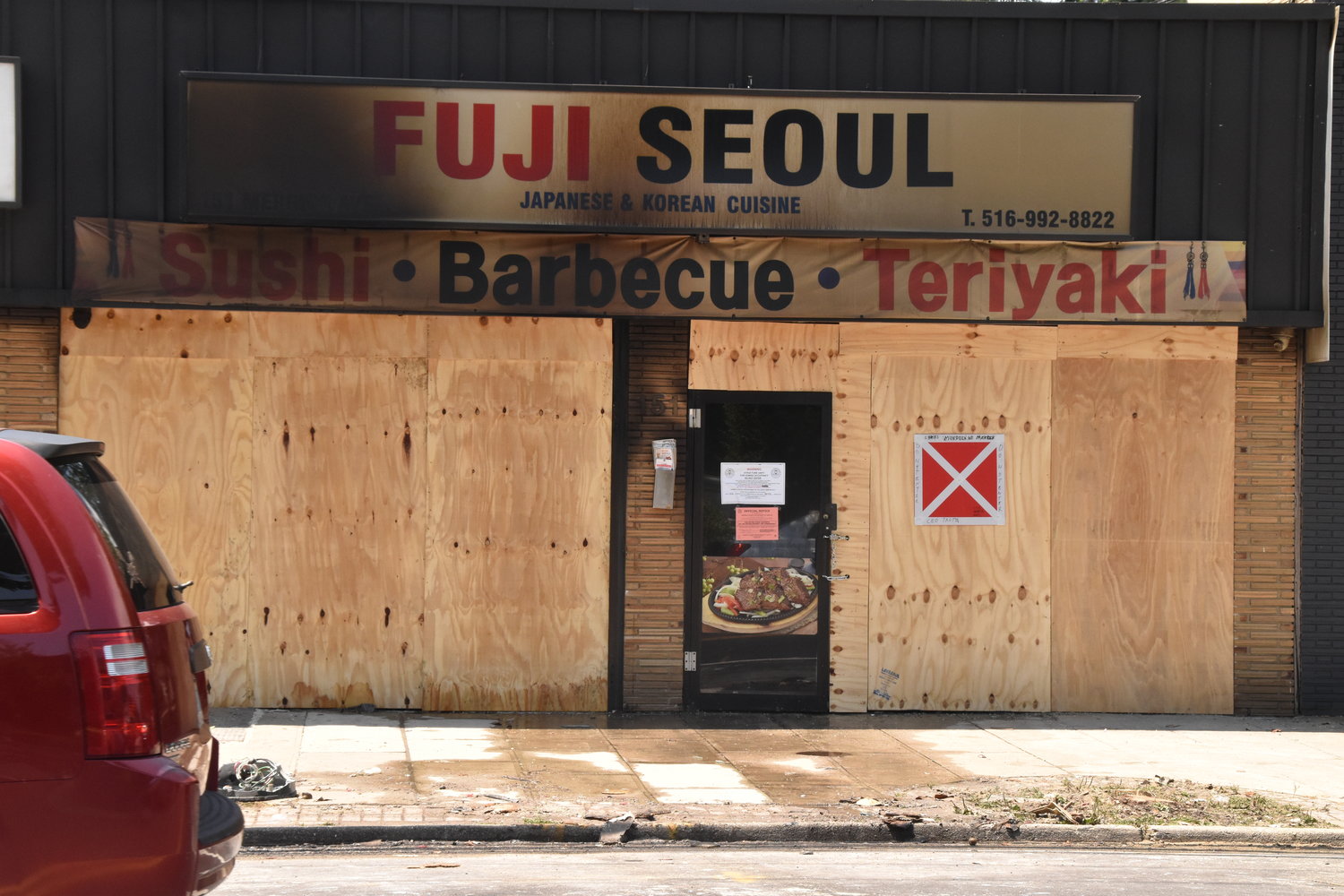 On Thursday, Fuji Seoul was boarded up as a result of the damages.
Bill Kelly/Herald 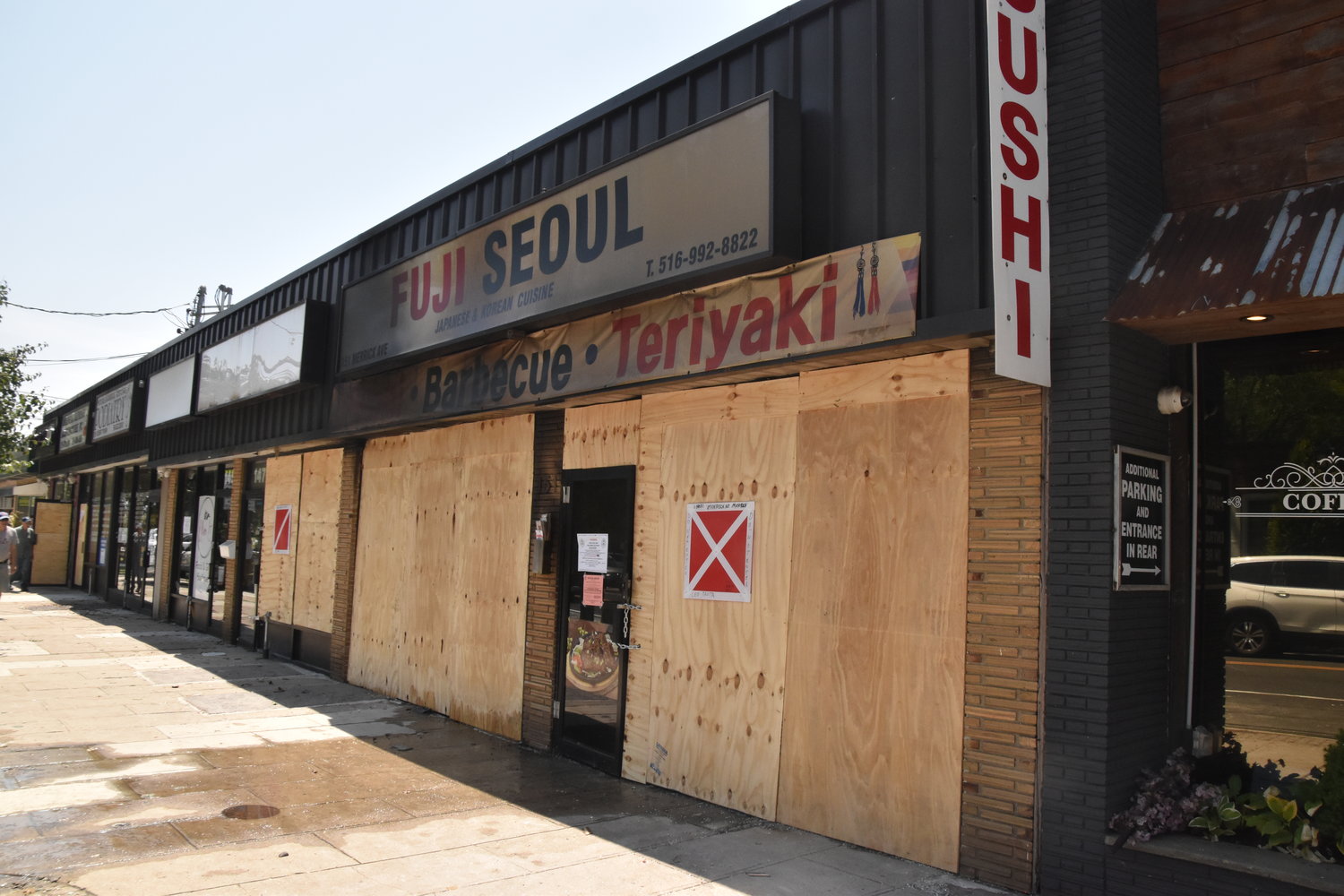 Although the fire was mostly contained to Fuji Seoul, it did spread one storefront south, the Merrick Fire Department said. Other businesses suffered smoke damage.
Bill Kelly/Herald
Previous Next
By Jordan Vallone

A fire at the Fuji Seoul Restaurant caused damage to multiple businesses Wednesday night in Merrick.

According to the Nassau County Police Department, officers responded to an active fire at 11:50 p.m. Fuji Seoul, a Korean and Japanese restaurant, is on a strip of businesses on Merrick Avenue.

The Merrick Fire Departmet worked to contain the fire, along with several other departments including the North Merrick, Bellmore, North Bellmore, Wantagh and Freeport Fire Departments. Ronnie Gies, chief of the Merrick department, told the Herald the call for the fire came in at 11:57 p.m.

"When we got there," Gies said, "there was a very large volume of fire."

Firefighters attempted to enter Fuji Seoul's storefront to combat the fire inside, but  the clutter of tables and chairs made it very difficult to do so, and they had to exit and reassess. Firefigthers then fought the fire from the store's exterior, before they were able to re-enter and successfully put out the fire.

While the fire was mostly contained to Fuji Seoul, it did slightly extend one store south. Several others on the business strip suffered smoke damage.

One firefighter was taken to Nassau University Medical Center and treated for heat exhuastian, Gies said. A heat wave across Nassau County made the conditions more severe as they battled the blaze.

"It was brutal," Gies said.

Several homes in the vicinity were evacuated for precautionary reasons, police said. There were no civilian injuries.

"It is still undetermined how it started," Gies said of the fire.

This story will be updated.