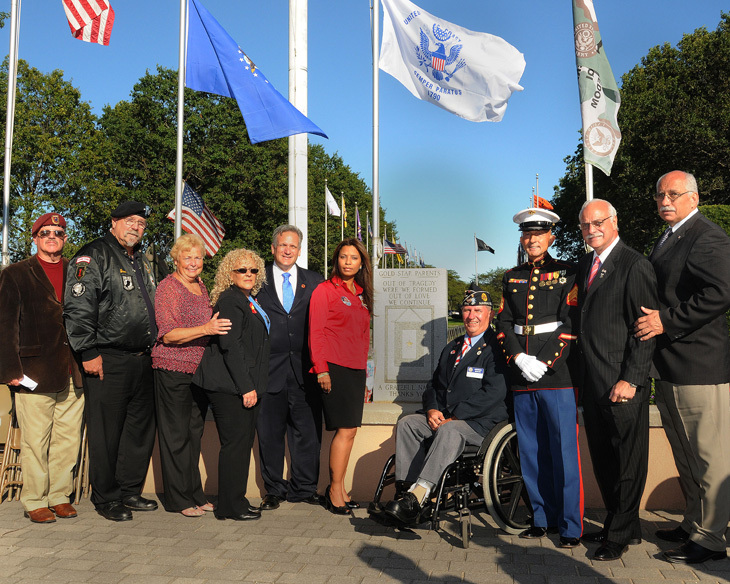 The Gold Star Mothers, organized after World War I and headquartered in Washington, D.C., operates as a support group for American women who have lost sons or daughters in war. The organization was not affiliated with the event in Eisenhower Park, however.

The event, the first such commemoration on Long Island, drew visitors from throughout New York State and included color and honor guards; guest speakers; music; a reading of names of those who have fallen; and a 21-gun salute.

“It is a tremendous honor for the County to host this event, which allows us to reflect upon and honor the sacrifices made by our young men and women in combat, along with their families,” Mangano said.

“We want to make sure that the sacrifices made by our sons and daughters – and their memories – are not forgotten,” says Levittown resident Nancy Fuentes, whose son, Spc. Daniel Fuentes, was killed in action on April 6, 2007, in Baghdad, Iraq. “This event helps ensure that their memories will continue to live on.”