Growing out of homespun tradition with an organic twist 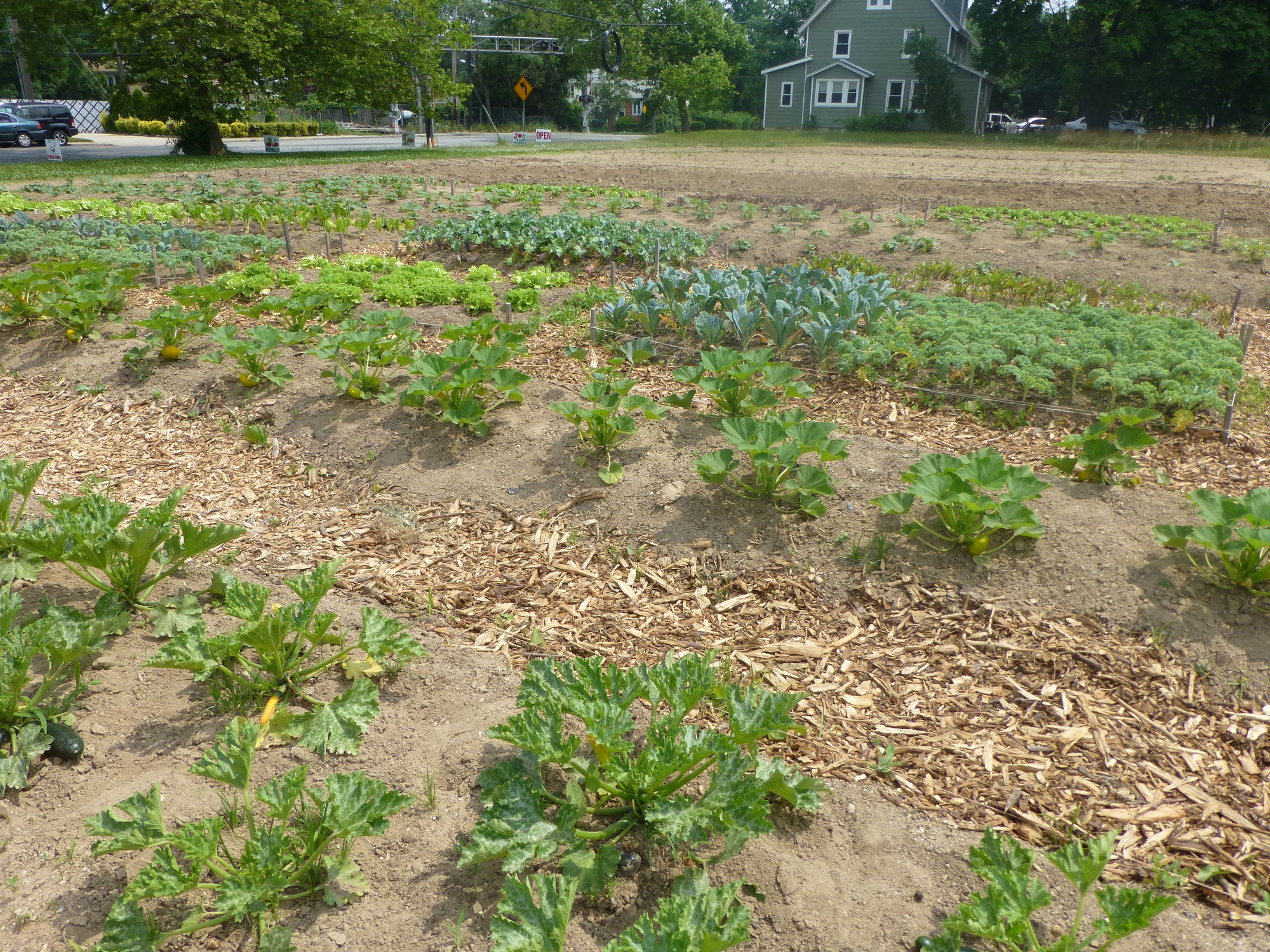 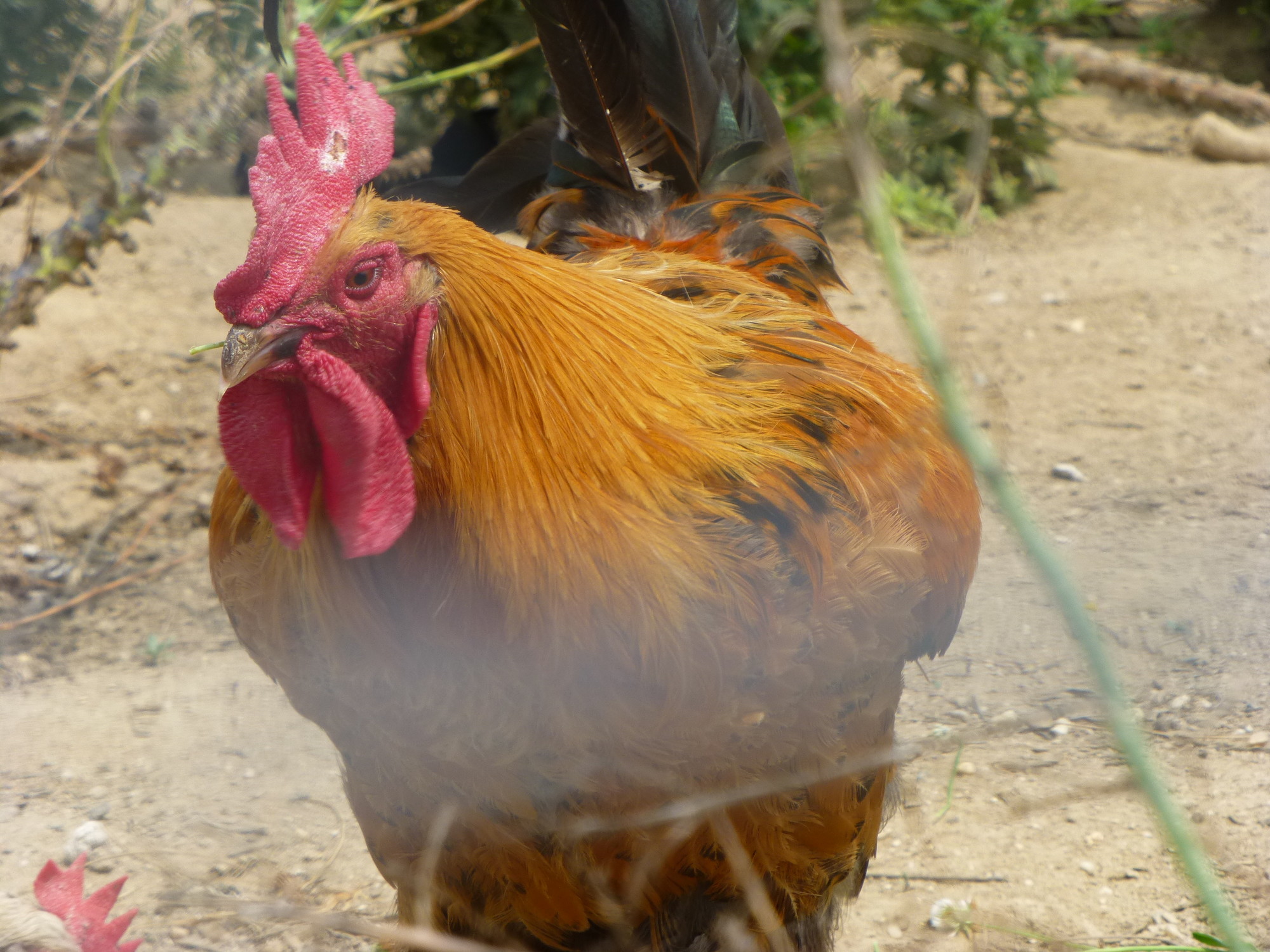 Animals on the farm include chickens and a hen, in a coop that was demolished by Hurricane Sandy and later rebuilt.
Emily Webb/Herald 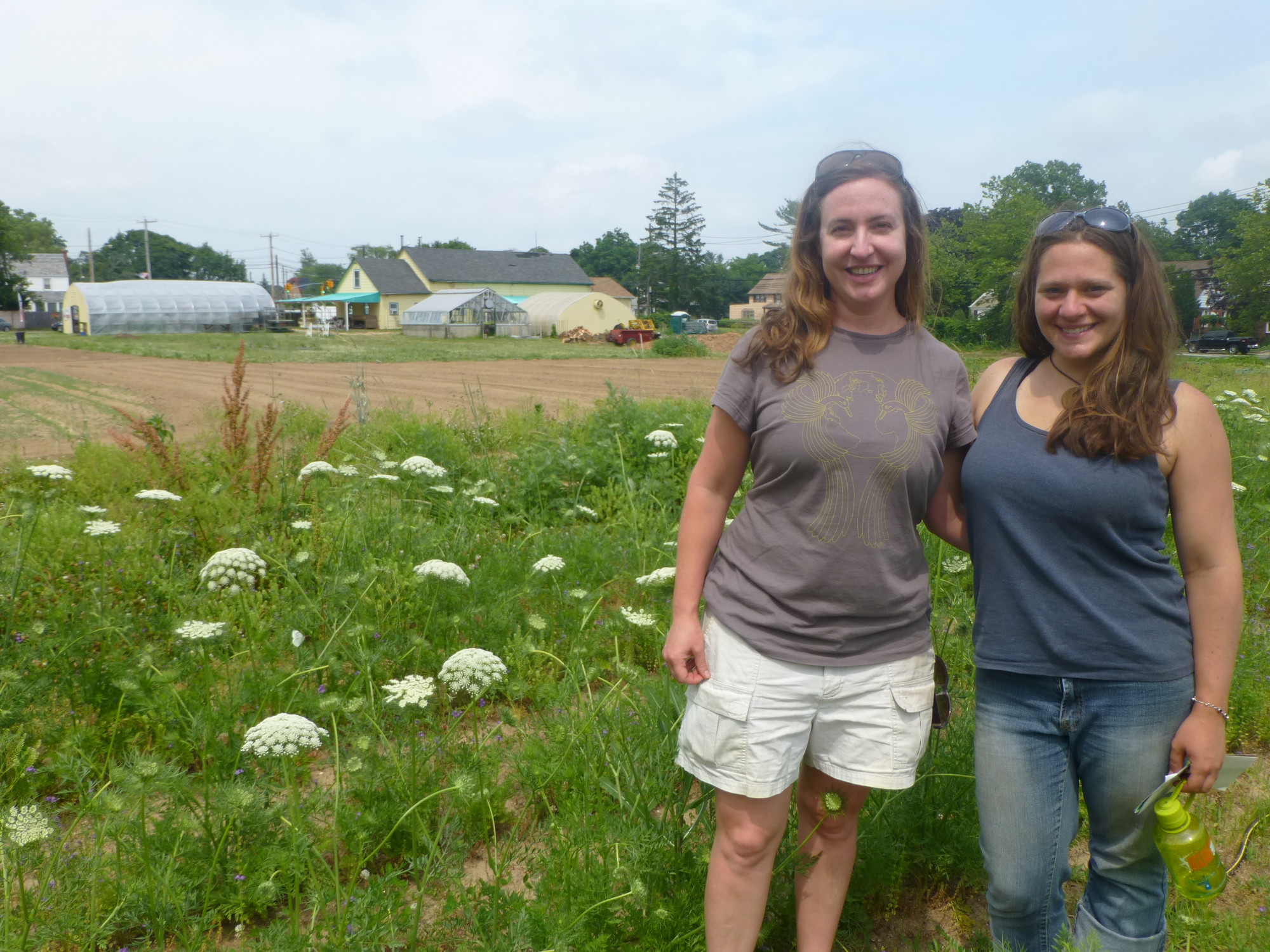 Corcoran, left, and Schaefer said they hope to turn this labor of love into a full-fledged organic farm in the coming years.
Emily Webb/Herald 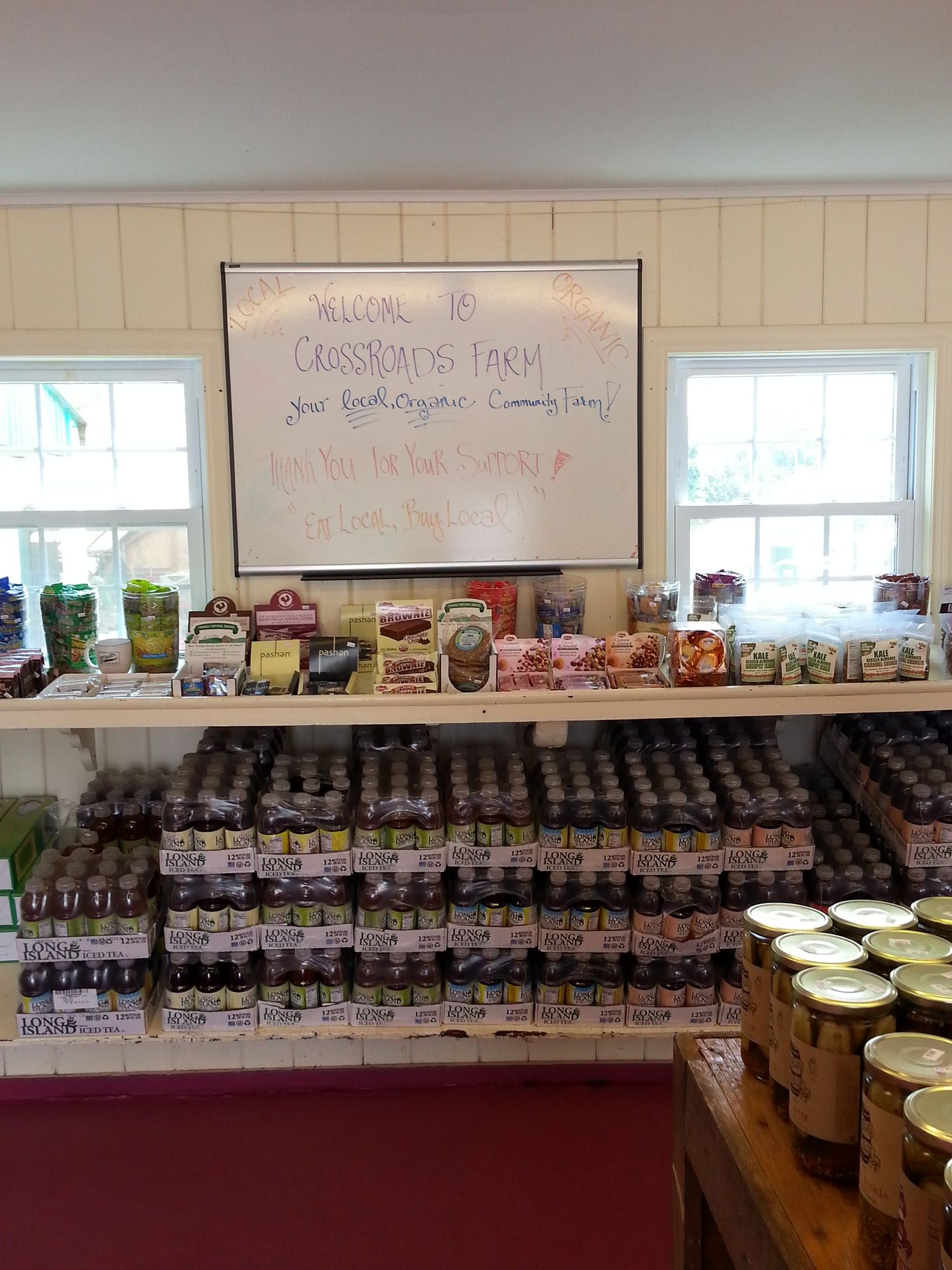 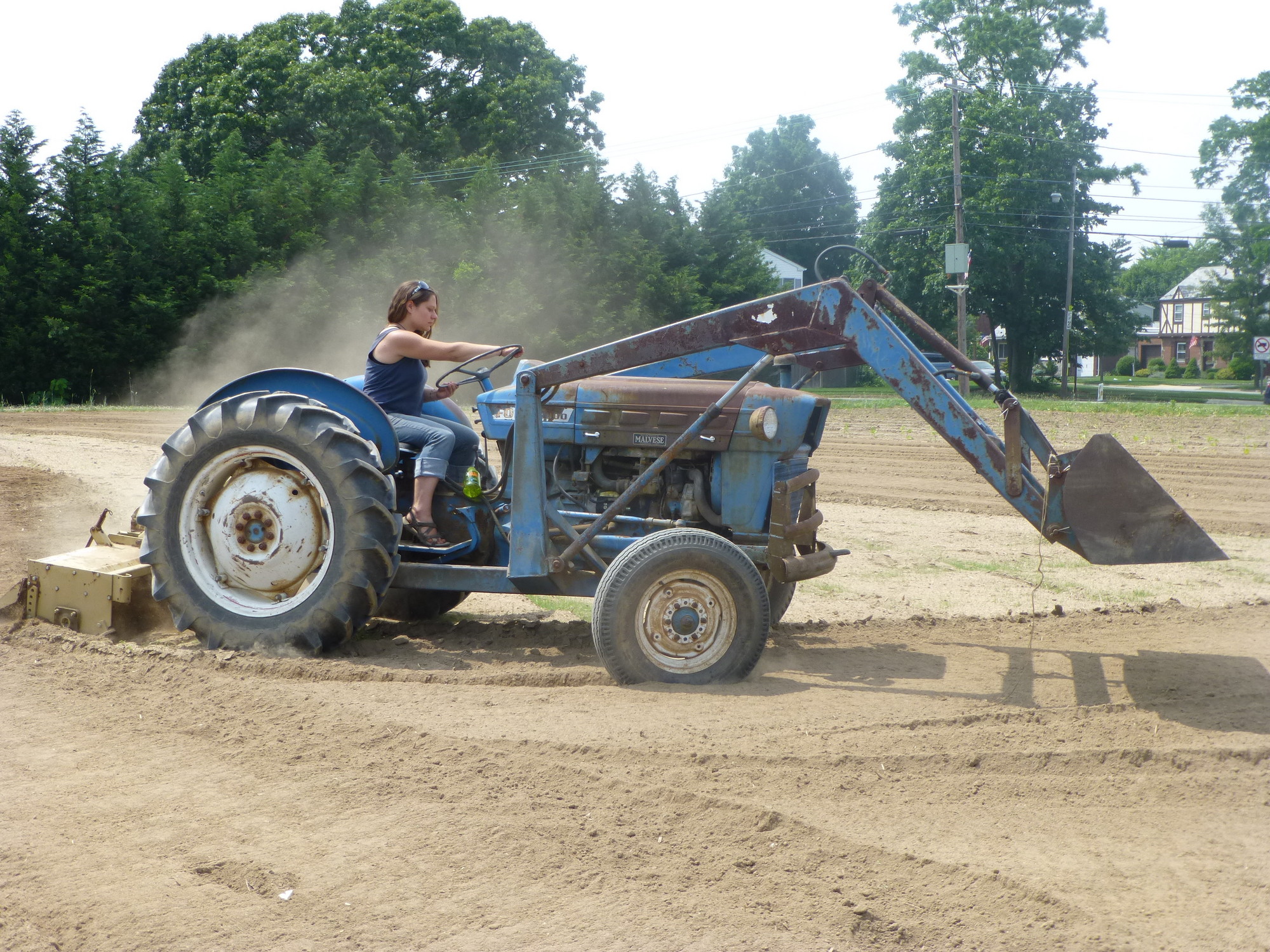 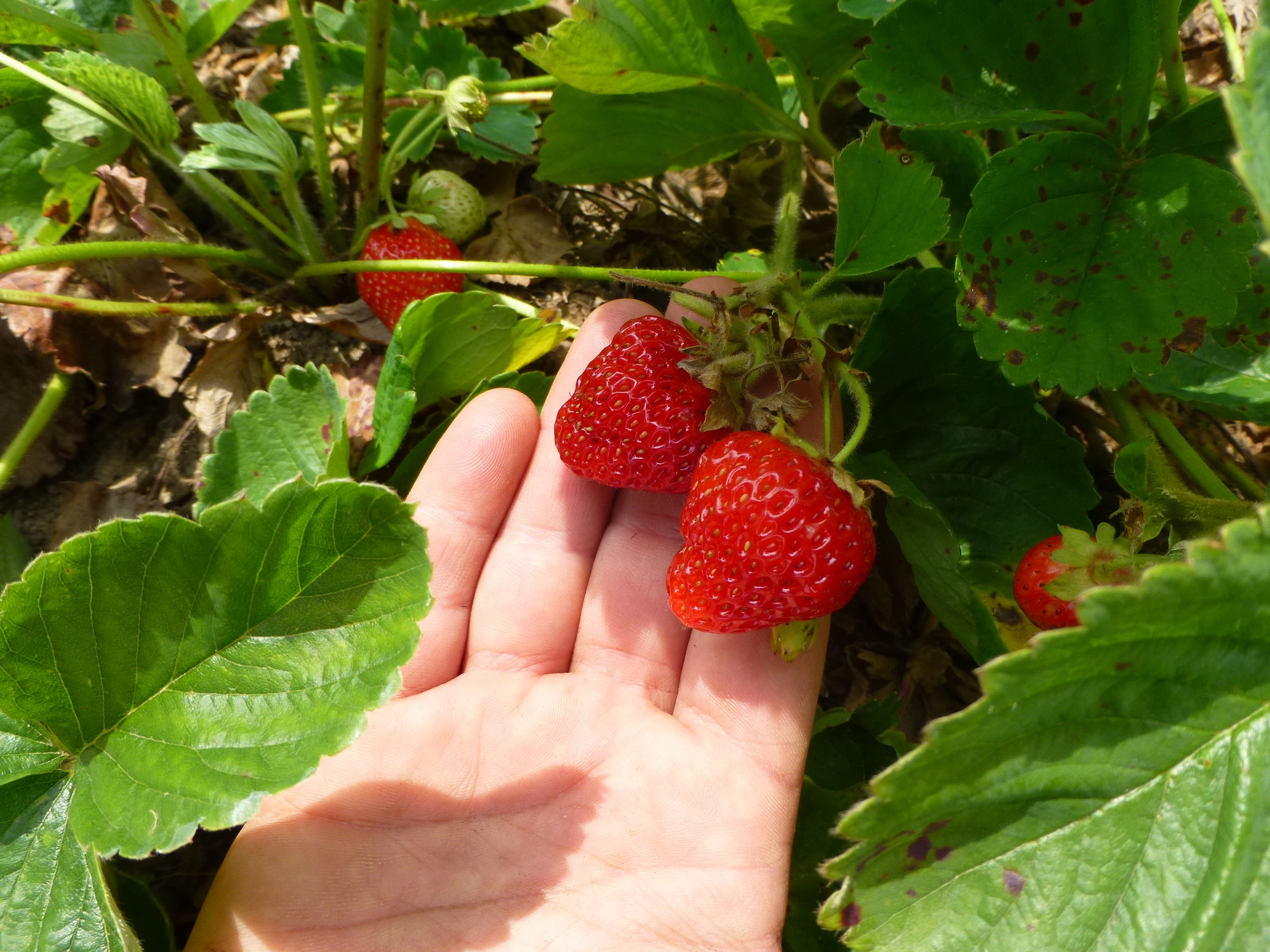 The organic strawberries have been popular this season.
Emily Webb/Herald 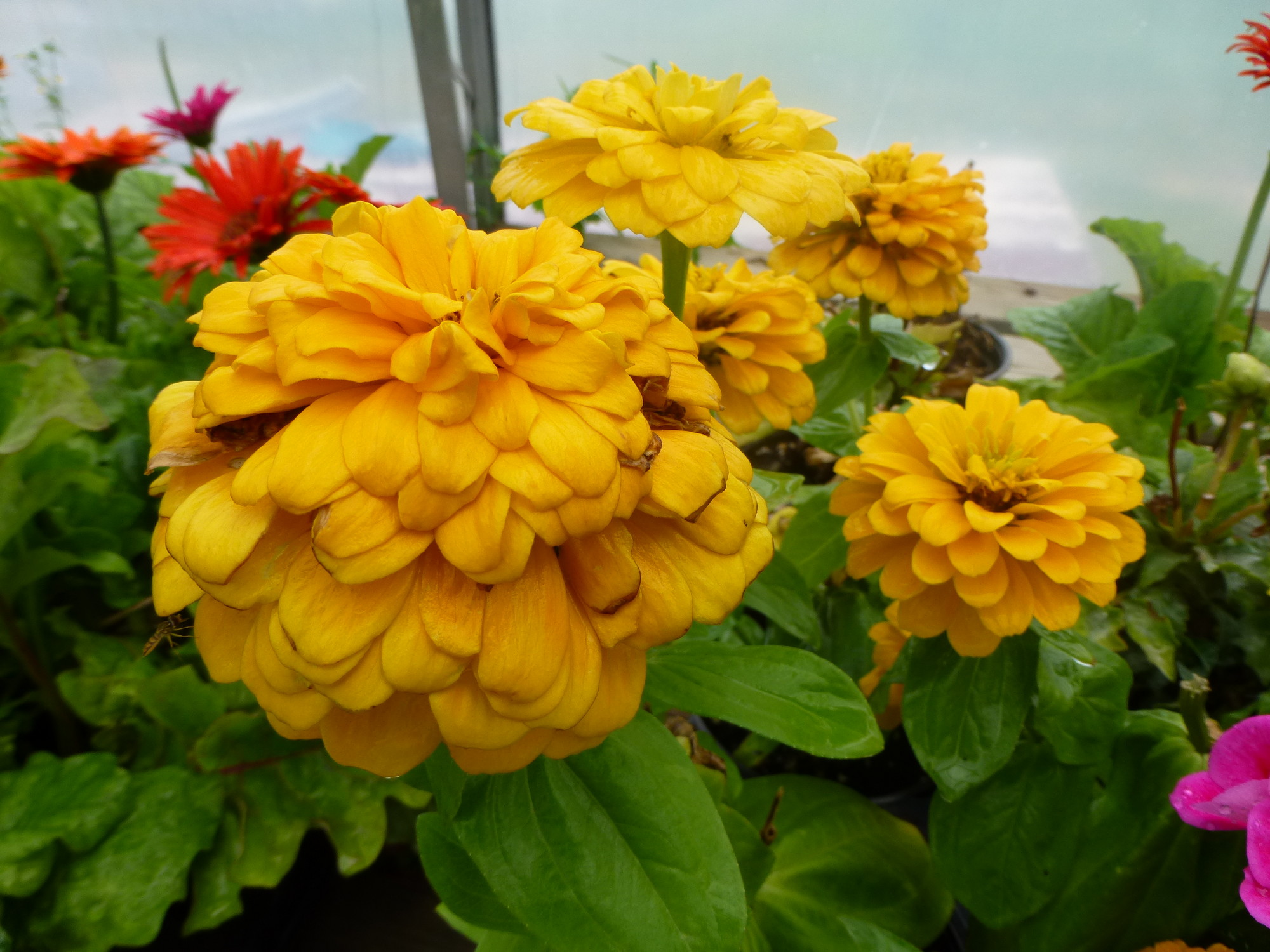 Flowers were in full bloom at the Crossroads nursery.
Emily Webb/Herald 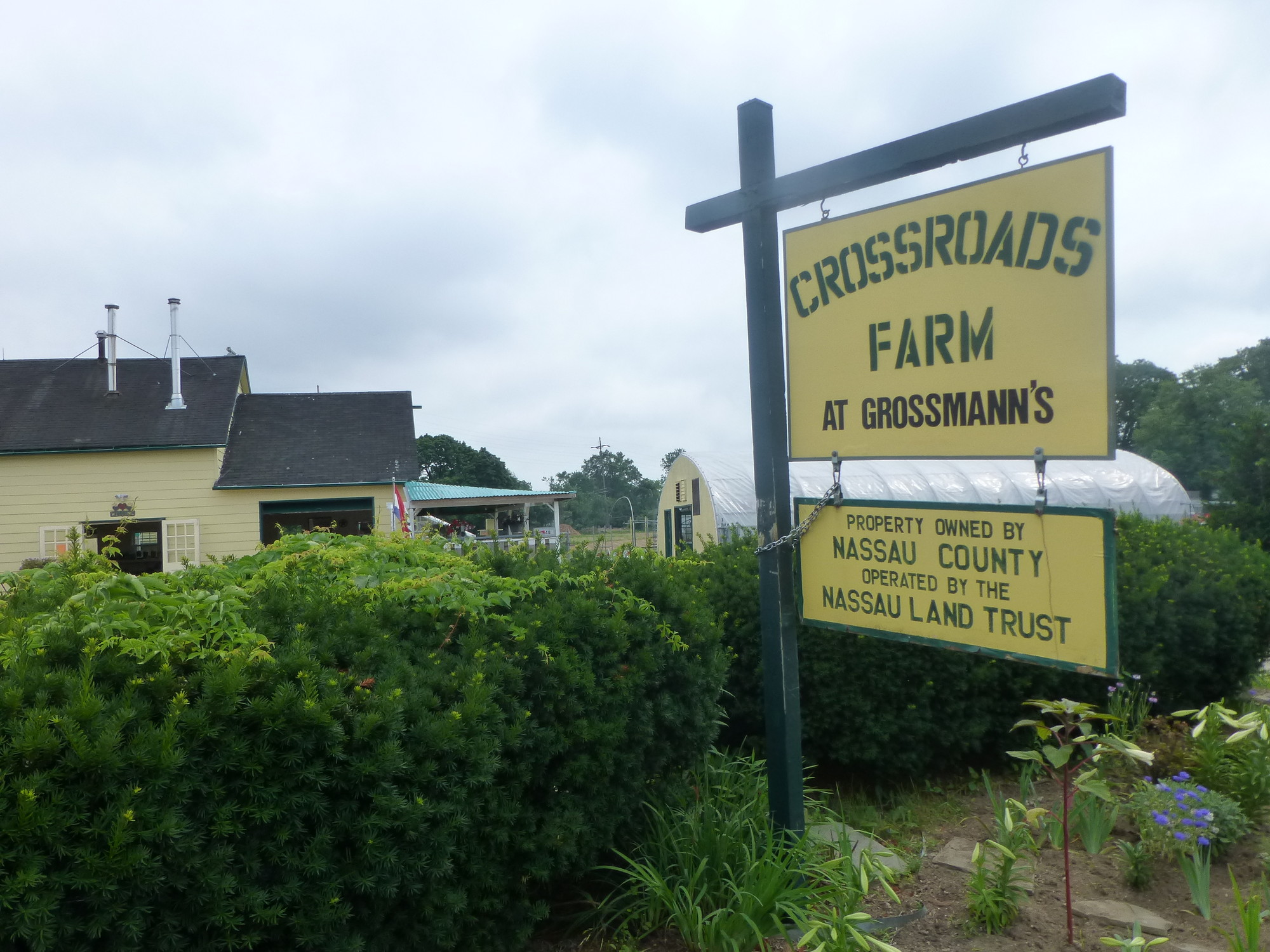 The Nassau Land Trust purchased a parcel of the Grossmann’s property in 2010 to conserve the farmland and establish Crossroads, the last farm in southern Nassau County.
Emily Webb/Herald
Previous Next
By Emily Webb

While cultivating farmland that is more than 100 years old and still borders Hempstead Avenue in Malverne, the workers of Crossroads Farm at Grossmann’s have striven to modernize the farm’s fields to grow organic produce for residents and visitors.

“We love to be outdoors,” said the farm’s manager, Elizabeth Schaefer, a biologist who came to Crossroads last year and lived on a farm in Pleasant Valley, New York, for most of her life. “I feel that so many people are out of touch with nature, and we want them to come outside.”

In 2010, the Nassau Land Trust purchased this 5-acre parcel under the Environmental Bond Act — which gives the County Legislature the authority to implement environmental projects — in order to preserve the historic property and prevent a possible development of condominiums on the land. The Grossmann family still maintains 10,530 square feet of land, while a 25,561-square-foot parcel is deeded to the village.

Over the past three years, Schaefer, 31, and Farm Director Meaghan Corcoran, 34 — a longtime employee at Grossmann’s who has a degree in sustainable food systems — have launched a major overhaul of the land to eventually convert it into an organic farm.

“We think there is such a great opportunity for this place to become a center for sustainability,” Schaefer said.

Schaefer and Corcoran have already begun beautifying and replenishing the land by improving soil quality and constructing irrigation systems so that Crossroads may stand out from its predecessor. Because of their limited staff and funding, they have enlisted a team of volunteers to plant, harvest and cultivate the land and stock a healthy foods store, which offers homegrown produce and other items imported from local farms.

Paul Jessup, the superintendent of Malverne’s Public Works Department, also lent a hand when he offered to remove a load of debris from the fields and teach volunteers how to use a tractor.

“This project would not have been possible without community support,” Schaefer said. “It’s been a struggle, but these people have been amazing.”