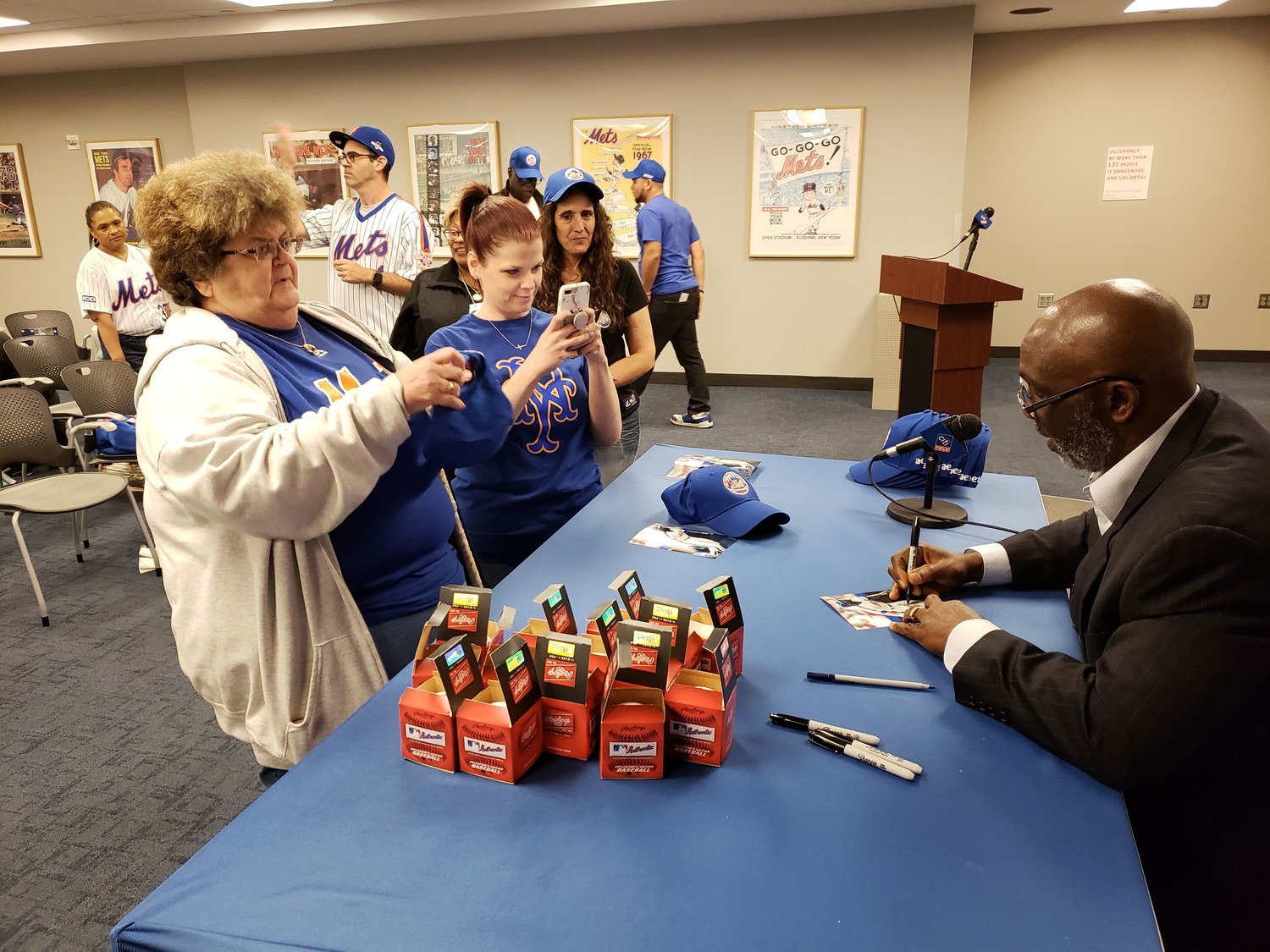 Despite the rain, fans donning navy blue New York Mets ponchos were seen milling throughout Citi Field on Sept. 9 as they waited for the start of the Mets game against the Philadelphia Phillies.
In celebration of Grandparent’s Day, Aetna partnered with the Mets and hosted a private event before the game with former Major League Baseball outfielder and coach, William Hayward “Mookie” Wilson. Wilson’s biggest moment in blue and orange came when he hit a ground ball in the 10th inning of Game 6 during the 1986 World Series, which rolled through the legs of Red Sox first baseman Bill Buckner — one of the most infamous moments in baseball history. The Mets would go on to win that game, and the series.
The event gave seniors and families the opportunity to meet Wilson during his discussion on health, wellness and insight on how to “age actively.” Wilson encouraged grandparents and middle-aged adults to find ways to stay active and reconnect with a younger version of themselves, while demonstrating step-by-step chair stretches and exercises.
“When you get to my age you nap a lot,” Wilson said with a laugh.
Practically 32 years later, Wilson, 62, says baseball is behind him and has dedicated his life to serving as a minister for Zion Mill Creek Baptist Church in Columbia, S.C. When he’s not at church or working with fellow seniors, he’s speaking to athletes of all ages across the country about baseball, health and wellness and God.


A number of Nassau County families attended the event, including Mary Stedman, 69, and daughter Erin, 32, from Farmingdale, who attended the event to meet Wilson. The elder Stedman said meeting Wilson was a dream come true, as she’s been a Mets fan for many years.
“This is a great opportunity,” she said. “I am thrilled, I had to bring my daughter who’s been a Mets fan all of her life. This made my day.”
Wilson retired at 40 and said leaving the game was a harsh reality he didn’t want to face because he thought he could still play baseball. But after an injury and coming to terms with his retirement, Wilson left baseball on his own terms.
“It was time to shut it down and focus on the second part of [life],” Wilson said of his retirement.
Soon after leaving the sport, Wilson went back to school and earned a Bachelor’s degree in finance and behaviorial science and a Master’s degree in organizational management from Mercy College. He sold securities or stocks and bonds for a few years.
Over the years, he has continued to keep in contact with former MLB players like Buckner, Dwight “Doc” Gooden, Tim Teufel and others. However, his focus has been on his family.
“I spent all of those years training my body to play,” Wilson said. “Now I am training my mind to survive outside of being so physical [in the MLB].”
Report an inappropriate comment