John Novello, is Town of Hempstead deputy buildings commissioner and was chief of staff to State Assemblywoman Melissa Miller 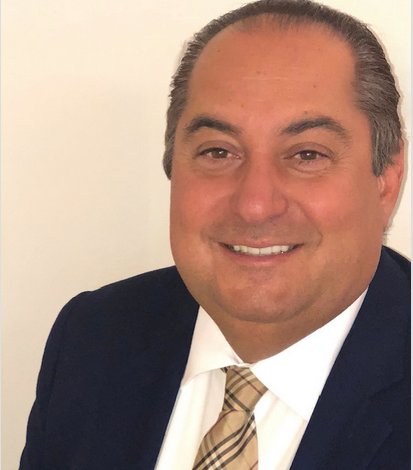 Hewlett Harbor resident John Novello was charged on Sept. 5 with stealing nearly $60,000 from the Cedarhurst Republican Committee.
By Jeff Bessen

John Novello, a Hewlett Harbor resident who ran for trustee last year, was arraigned on a grand jury indictment on Sept. 5 for allegedly stealing more than $59,000 from the Cedarhurst Republican Committee. He was arrested on the same day.

“This defendant allegedly funded his luxurious lifestyle with contributions that donors made to support the Cedarhurst GOP and its candidates,” Nassau County District Attorney Madeline Singas stated in a news release. “These allegations are an outrageous betrayal of trust by a public official and party leader, and my office is committed to seeking justice.”

Novello, 51, a former Cedarhurst resident, the deputy commissioner for the Town of Hempstead Buildings Department and former chief of staff for State Assemblywoman Melissa Miller (R-Atlantic Beach), was charged with grand larceny second-degree, four counts of grand larceny third-degree, two counts of petit larceny and four counts of a violation of Election Law.

“Mr. Novello’s employment on my staff ended June 26, 2019,” Miller said in a statement. “Mr. Novello is no longer a member of my staff and has not been since that time.”

“This indictment is just another example of the culture of corruption that has been festering in Town Hall for over a century under one party rule,” Gillen said in a statement. “In addition to these charges, Mr. Novello has been drawing multiple taxpayer salaries and has inherent and undeniable conflicts of interests in his current town role, which include operating his own private architectural drafting firm that does business with the town, serving as the executive leader of the Cedarhurst-Meadowmere Park Republican Club and serving as the chief of staff to Republican Assemblywoman Missy Miller.”

“For all of these reasons, Mr. Novello should resign from his position so that residents can feel safe knowing that their interests are being best served. Despite being stymied by the town board for over a year into investigating the Building Department, I have still been successful in exposing the culture of corruption that exists in Town Hall and will continue cooperating with the District Attorney’s office to ensure that the full mess in this department and in our town is cleaned up.”

The county GOP Committee issued this statement. “The allegations that have been leveled against, John Novello, a member of the Nassau County Republican Committee, are deeply troubling.  The committee stands ready to work with the District Attorney’s Office. At the same time, we are committed to holding members of our Committee to the highest standards of conduct and integrity. Accordingly, the Nassau County Republican Committee is immediately removing Mr. Novello, pending the conclusion of all legal issues surrounding this matter.”

Singas said that from January 2016 to August 2019, Novello, the executive leader of the Cedarhurst Republican Committee, allegedly withdrew more than $20,000 in cash from the committee’s campaign bank account for personal use. He also served as chairman of the Cedarhurst zoning board. The last time was last November.

"Like anybody else I'm surprised, I've always known him to be a good guy," said Benjamin Weinstock, mayor of Cedarhurst, adding he has known Novello for seven years. "The justice system will do what it normally does and it will prevail."

Novello allegedly withdrew cash from the account more than 40 times in amounts of up to $2,000. The only signatory on the committee’s account, he allegedly deposited some of the cash into his personal and business bank accounts.

He also allegedly stole more than $37,000 from donations to the committee’s annual golf tournament fundraiser and the Mayor’s Cup in 2018 and 2019.

Novello was released on his own recognizance. His next court date is Sept. 26.

Should he be convicted of the top count, Novello faces a maximum of 15 years in prison. The investigation is continuing, officials said.

Darwin Yanes contributed to this story.