Honoring a president with a bookstore

Theodore’s Books coming to the hamlet next month 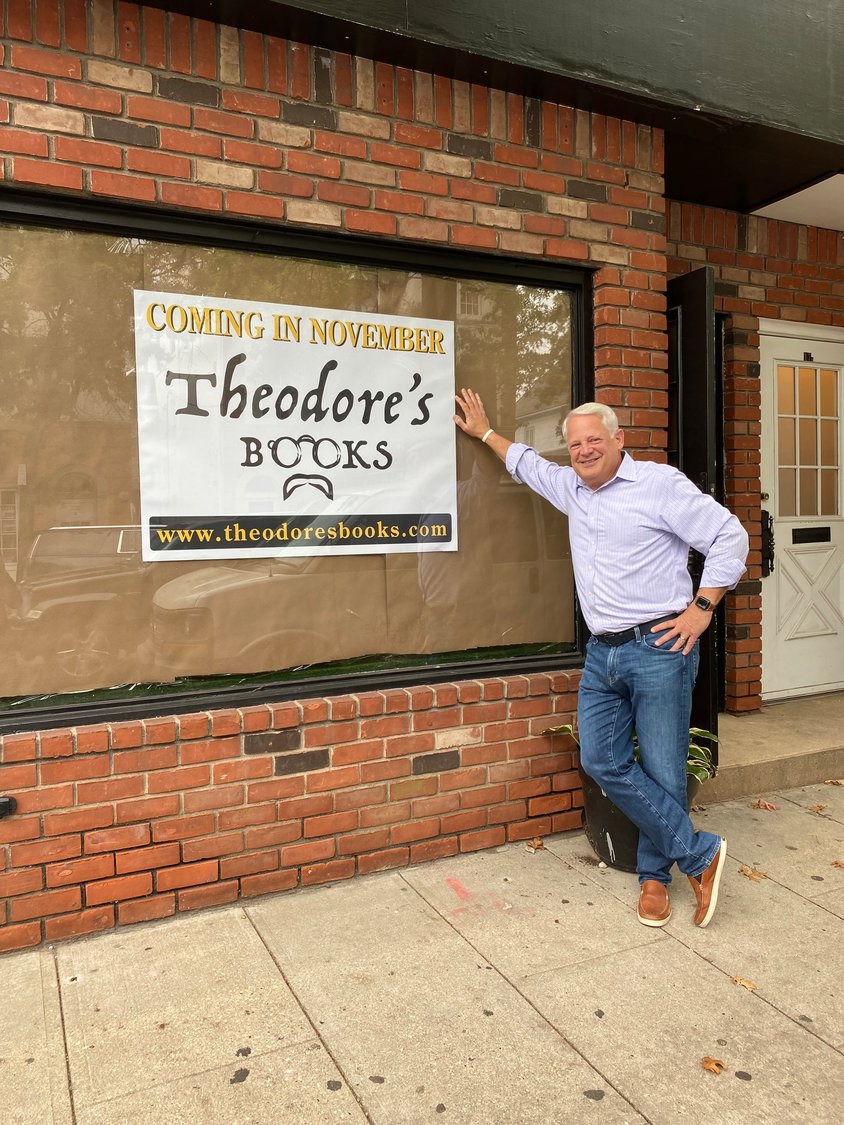 Former Congressman Steve Israel is taking advantage of a positive outcome of the coronavirus pandemic to fulfill a dream he has had since he left office in 2017. He’s opening a bookstore.

Even before Covid, bookstores had fallen on hard times because of the growth of big-box stores and the availability of online books, Israel said. But because of Covid, small independent bookstores are experiencing a resurgence.

“People now want to get out of their homes and walk around, but they don’t want to go into a mall,” he explained. “They need something to pass the time, and there’s only so much binge-watching you can do on TV.”

The former congressman’s new bookstore, Theodore’s Books, which Israel, 63, said is named after President Theodore Roosevelt, will open on or about Nov. 18 in Oyster Bay. Located at 17 Audrey Ave., it will offer a selection of bestsellers, new releases and children’s books — similar to most bookstores.

But where it will differ is Israel’s plan to offer an abundant selection of history and current-events books, as well as many on Roosevelt and the Revolutionary War. Israel, who lives in Oyster Bay Cove, served in the House of Representatives for 16 years. He is an author himself, having published two novels of political satire, which will also be for sale.

“Oyster Bay needs a bookstore,” he said, “a place you can feel a book, smell the ink on the page and talk about a book with people who gather to share their love of literature.”

Theodore’s Books is next to Oyster Bay Yoga. Amy Garvey, the owner, is a lifelong resident who pays close attention to the businesses that open in the hamlet. “I’m thrilled that we’ll have something there that will bring in the community,” Garvey said. “I love bookstores. A few of us were chatting about it this morning.”

Israel is an avid reader, and opening a bookstore was an idea he’d had for a long time. “For most of my adult life I’ve wanted to own and operate a community bookstore,” he said. “Wherever I went as a congressman, my staff had instructions to let me know where the local bookstore was.”

When he came home from Washington four years ago, however, there were too many vacant storefronts. He worried that there wouldn’t be enough foot traffic to support a bookstore.

But things have changed. “Oyster Bay has experienced a renaissance,” Israel said, adding that many new businesses have opened, or will soon. “Now the downtown is flourishing.”

He began to investigate available spaces a month ago. When shown the 1,538-square-foot empty space on Audrey Avenue, he said, he immediately fell in love with the location. Two weeks later he signed a lease.

But Israel wants to do more than open a business. He’s planning to partner with local merchants and nonprofits, where he will feature author talks and book signings. His store will be too small to accommodate the crowds that he envisions at such events, he said, so why not encourage his customers to experience what the hamlet has to offer?

“I spoke to the owner of the Homestead and asked if we can use the back room — the Roosevelt room,” Israel said with a smile, referring to the South Street restaurant. “We want to be a community partner, and over the next few weeks I plan on expanding this partnership.”

Scott Shaffer, who works in Town Hall, said he was thrilled to hear that a bookstore would be opening across the street. Shaffer said he reads to his 3-year-old daughter, Savannah, often.

“I have to go all the way to Barnes & Noble in Garden City every time I want to buy a new book,” said Shaffer, of Glen Head. “I like going to bookstores, but it takes me a half hour or more, depending on traffic. This would be 10 minutes from my house.”

Israel said he was happy he would be filling a void for the hamlet, where there hasn’t been a bookstore for over a decade. “Once I was flying with the president on Air Force One, and now I’m crawling in the basement on Audrey Avenue, looking for utility hookups,” he said. “This is a labor of love.”