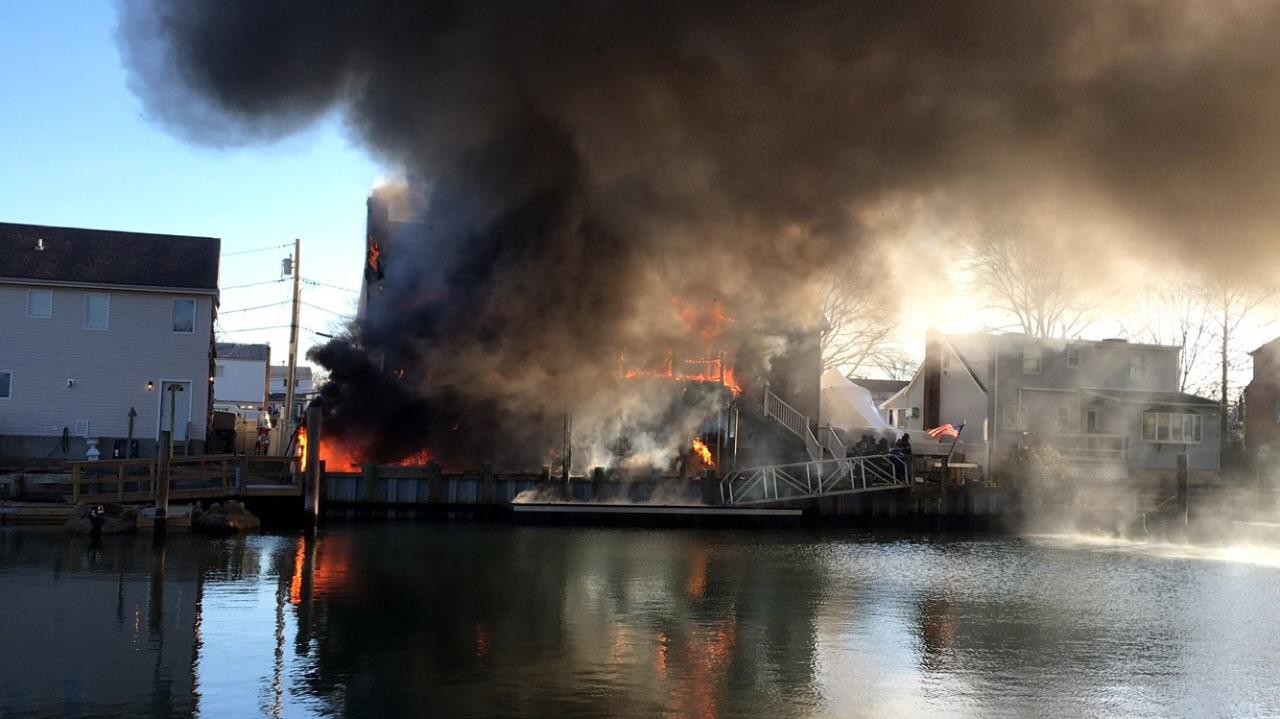 The working house fire on Gintell Street from across the canal.
Courtesy Mark Mirsky 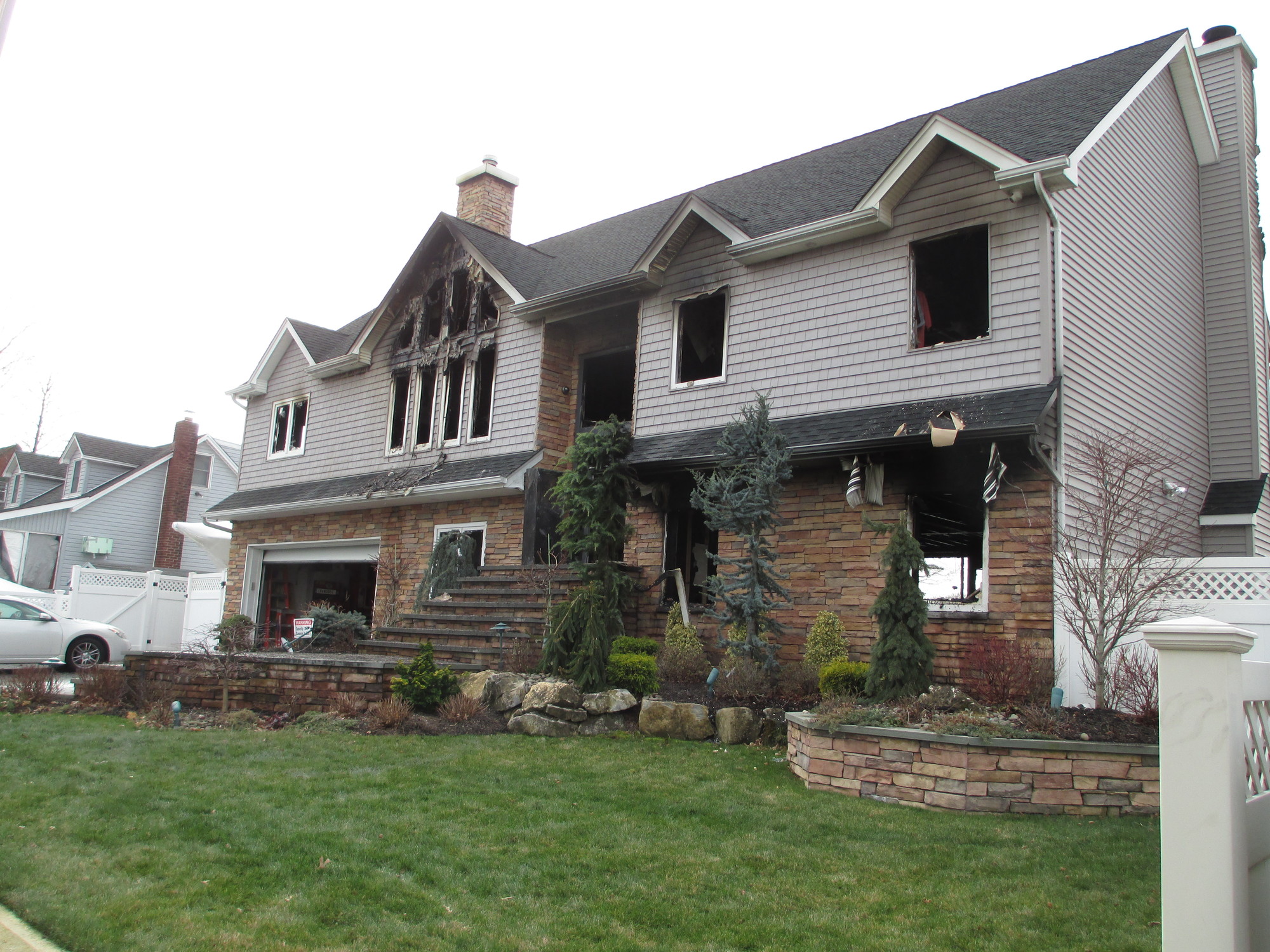 The house at 3372 Gintell Street after the fire was extinguished.
Barbra Rubin-Perry/Herald 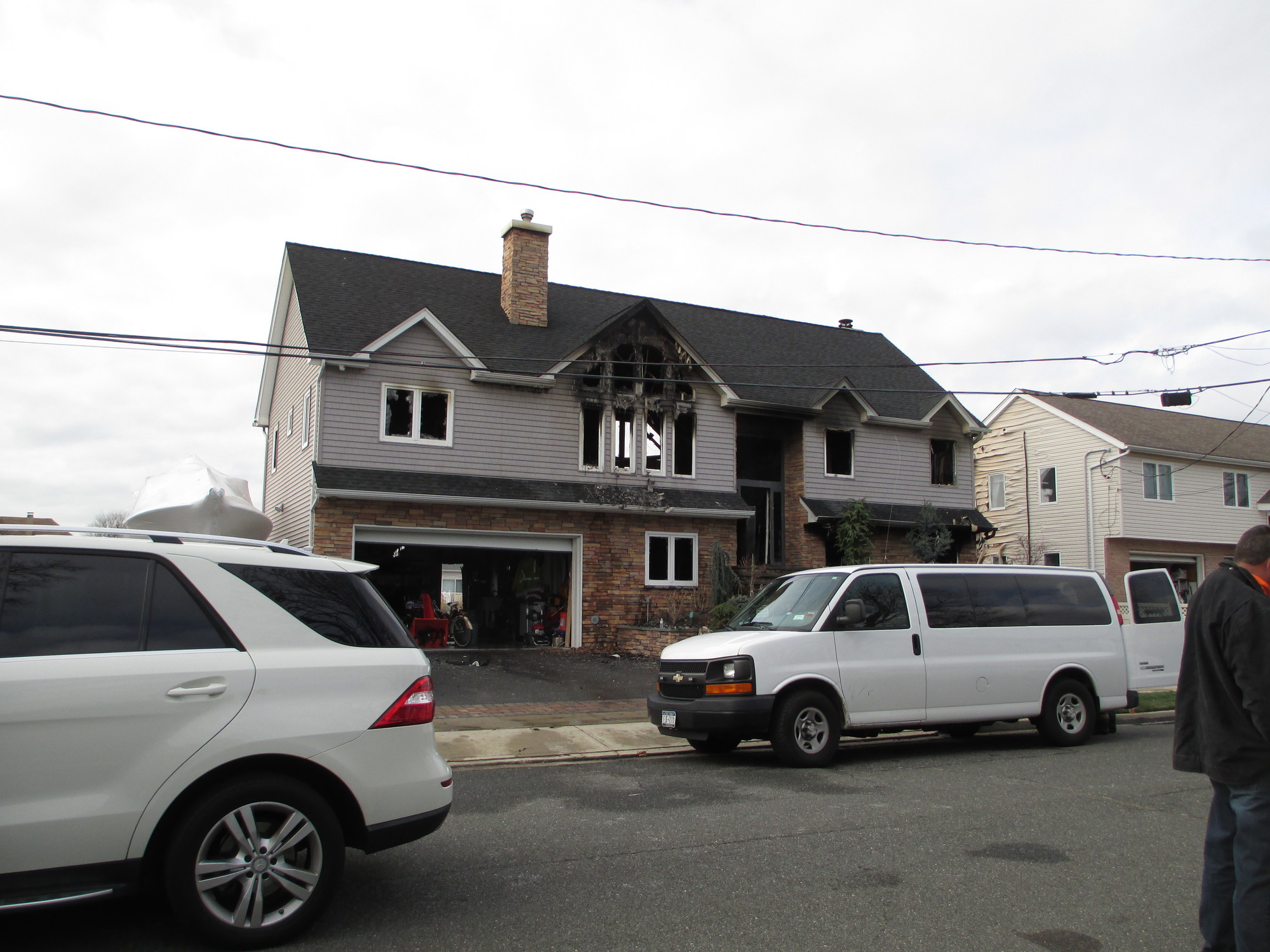 The burnt out house on Gintell Street in Oceanside. One of two fires the Oceanside Fire Department responded to this morning.
Barbra Rubn-Perry/Herald 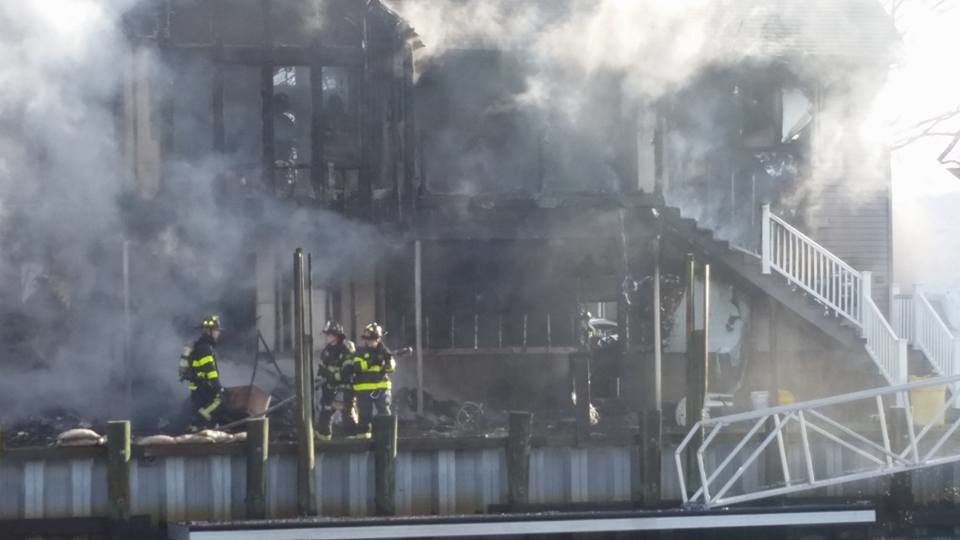 Firemen hitting the last hot spots at the house fire on Gintell Street in Oceanside.
Courtesy Mark Mirsky
Previous Next
By Barbra Rubin-Perry

An early morning house fire at 3372 Gintell Street in Oceanside on Jan. 8 sent smoke across the canal in the rear of the house, and could be seen from as far away as Island Park and Long Beach.

Chief Madden said the fire apparently began in a shed behind the house. He said there were gasoline and propane tanks stored in the shed, both of which fed the fire. “The house had an overhang from the second floor that jutted out over the shed. That caught fire, and by the time I arrived the entire back of the house was burning.” Extra calls to Hazmat went out for the propane tank in the rear of the house. In addition to Oceanside, Island Park, Long Beach, Baldwin and Freeport responded.

The main body of the fire was under control in about an hour, but firemen continued working on hot spots in the attic until after 11 a.m.

All the members of the family, including the family dog were able to get out safely.

One firefighter was taken by ambulance to a local hospital with minor injuries.

The Nassau County Fire Marshal said the blaze is under investigation.

Just as this fire was under control Oceanside received a call for a fire at Patriot Recycling at Hampton Road and Maple Court. A bulldozer was working on a mulch pile and caught on fire.

Oceanside and the Baldwin Fire Departments responded with East Rockaway called for standby because Oceanside was still involved with the Gintell fire.

The Patriot fire was under put out in an hour, no one was hurt in that blaze.