Hunger is all around us, yet it doesn't have to be 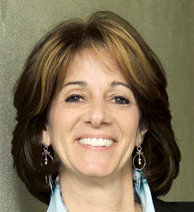 The recent vote by Congress to cut $40 billion from the Supplemental Nutrition Assistance Program — the food stamp program known as SNAP — over the next 10 years is alarming. If these cuts become law, those who are already struggling to afford food will be thrust into further hardship, increasing hunger across America and right here on Long Island.

Long Island’s congressional delegation took a collective stand and voted against the cuts, defending those who are most vulnerable, especially children who are at risk of hunger. Representatives Peter King, Tim Bishop, Steve Israel and Gregory Meeks fully understand the critical issue of hunger locally, and throughout the country, and we greatly appreciate their support. (Congresswoman Carolyn McCarthy was not present to cast a vote.)

According to the U.S. Department of Agriculture, 49 million Americans face hunger each day, and nearly half of them are children — who are least able to work to free themselves from poverty. On Long Island, more than 300,000 people, including more than 110,000 children, often don’t know where their next meal is coming from.

The faces of hunger on Long Island are hard-working adults, children, senior citizens, veterans, and many who are still feeling the effects of Superstorm Sandy. These are people who just cannot make ends meet and often do without food for several meals, or even days. Imagine having to make the unenviable choice between paying the rent or for medicine, or putting food on the table. For many of our neighbors who are faced with not having enough to eat, SNAP and local food pantries are truly lifelines.

Having just concluded September’s Hunger Action Month, the Island Harvest Food Bank urges those who can help to take action against hunger in our communities — not just in September, but throughout the year. This is a time to reflect and consider that on Long Island, a region of affluence, far too many people go through each day without enough to eat.

Given the congressional cuts to SNAP, the issue of hunger must be tackled by all of us, working together as a community. We all have a role to play in the fight against this scourge. The generosity of one individual or one business can go a long way. The message is simple: even with small donations, the impact can be great.

Randi Shubin Dresner is president and CEO of the Island Harvest Food Bank, which is based in Mineola.