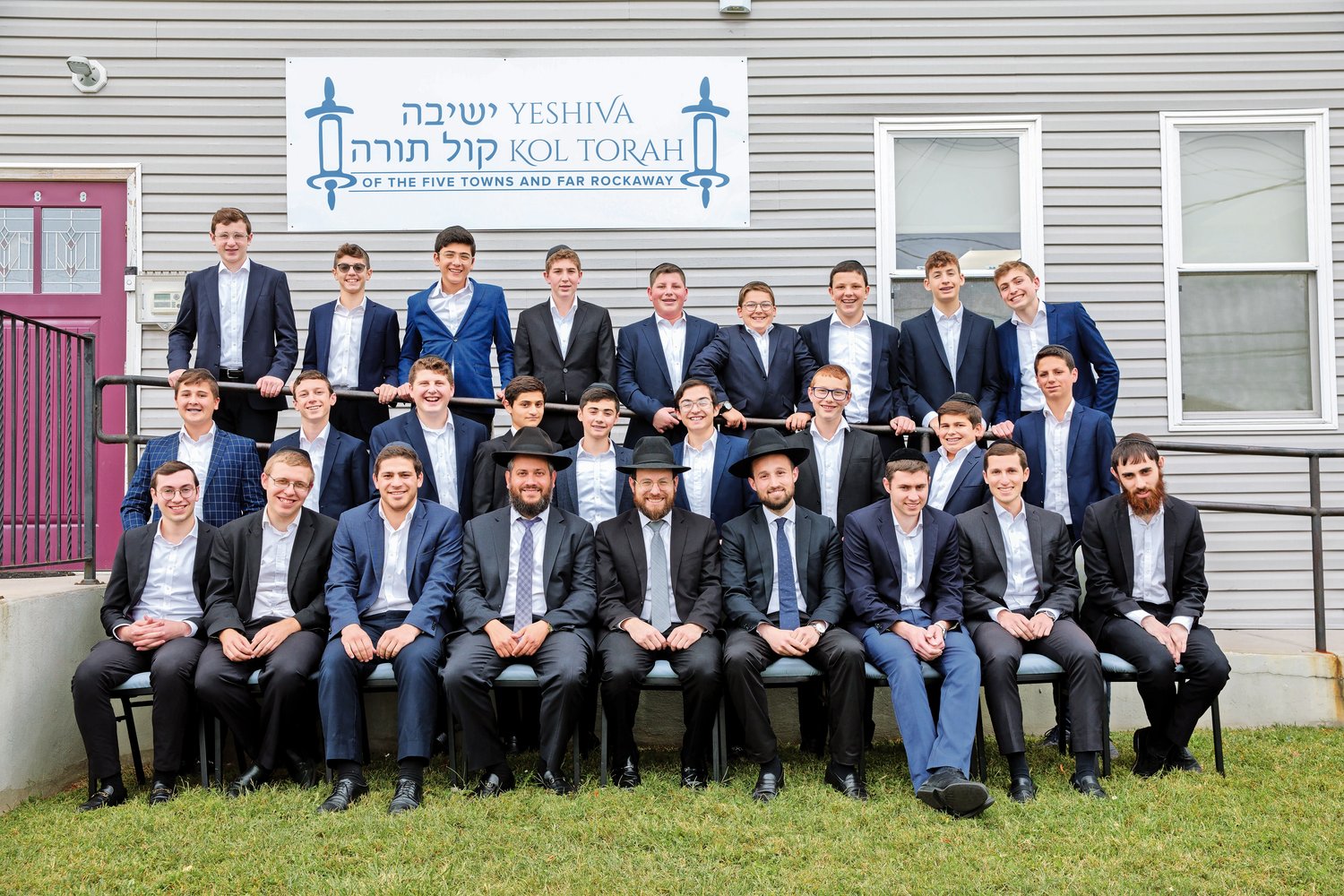 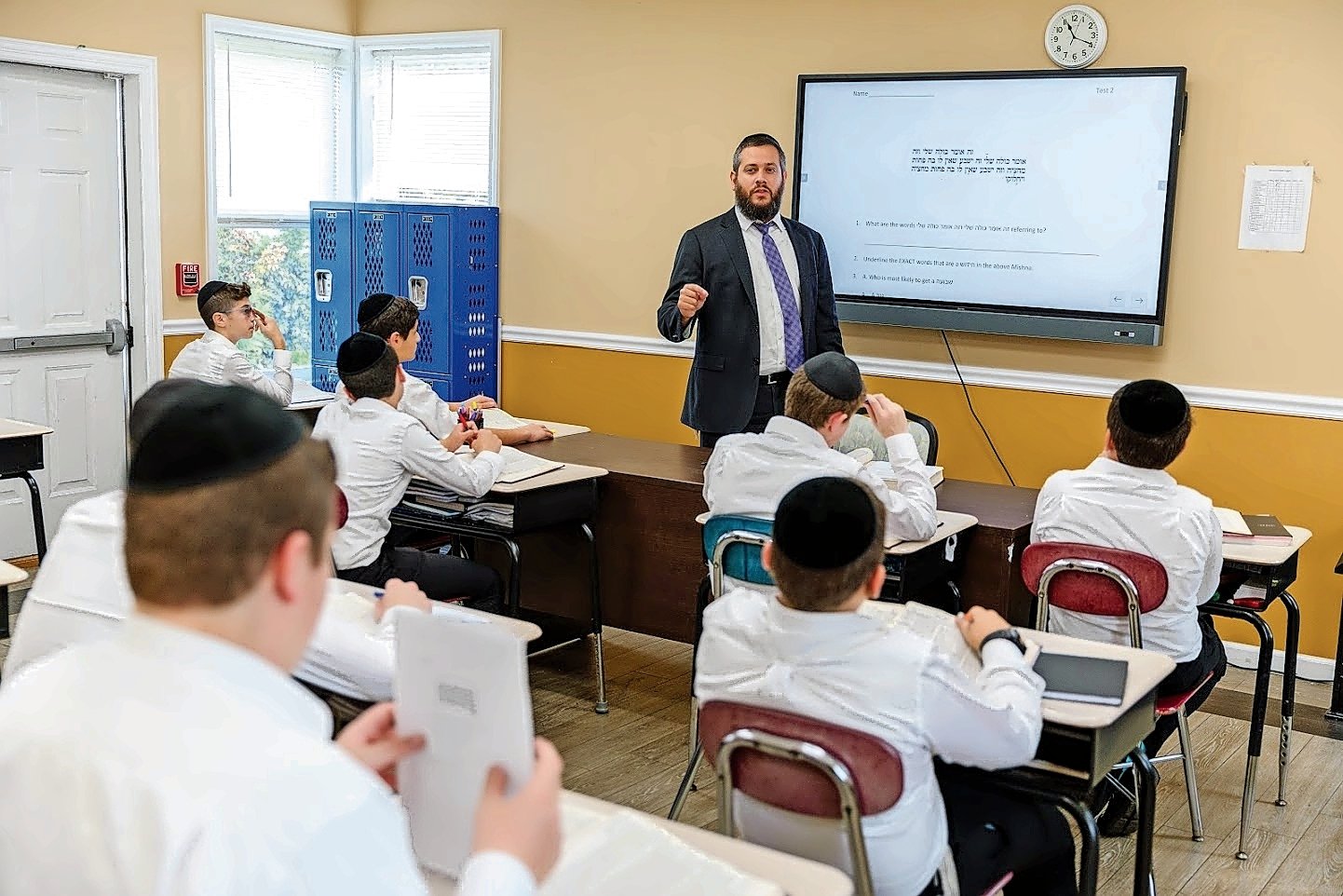 It is said to offer dynamic rabbis in “an energetic atmosphere,” while retaining its pragmatism through its theological roots.

“The basic mission statement of the school is to produce well-rounded educated students, both in Judaic and secular studies,” Wasser said. “Our students will have a passion and love for learning and religious observance. They will be prepared to take on the world when they graduate and be ready to continue their religious studies or in secular studies.”

He added that there is a need for a school of this nature within the community, saying that a portion of the local Orthodox Jewish community contacted the rabbis about creating such a school. “It was unanimous that there was a definite need for another school, and if it was done right the school had a tremendous chance of being successful,” Wasser said.

The school’s values would not be watered down, Opoczynski said. “We’re not looking to settle and lower the standards to meet the boys at their level,” he said. “We would like to figure out how to raise the boys up to the standards that we would like them to be at. We feel that when you make the material easier, so too the boys feel successful, [but] they know they’re being seen as being brought down to their level.” He stressed the warmth and compassion of such a close-knit environment of 19 students. “We build a relationship with the kids, and we tell them how much we believe in them when we push them to succeed to our level,” Opoczynski said.

The school day runs from 7:40 a.m. to 8:15 p.m. on Monday, Tuesday and Thursday with dinner from 6:30 to 7:15 p.m. On Wednesday the school day ends at 6:30 p.m. Friday is a school day with dismissal for Shabbos. Most hours are dedicated to Jewish studies and prayer. Roughly four hours are provided for general studies in math, the sciences, history and electives.

Opoczynski stressed the notion of true accomplishment by raising the standards. Wasser complemented his mantra by saying, “We’re trying to build these boys into the greatest characters they can be morally, ethically, religiously and educationally.”

Future plans
They plan to have freshmen and sophomore classes for the next school year. The rabbis also aim to include a full high school curriculum including Advanced Placement courses for juniors and seniors. More staff will be hired to increase course offering, “to push [the boys] to their max,” Wasser said. There are plans to host advanced or honor studies for the Judaic courses and the secular courses. A foreign language class will also be included to meet the state Regents requirements.

“We had in our first year about 40 applicants,” Wasser said. “Our second year, we just had about 60 applicants. We took a little less than half — about 25 students. We ended up with 19 enrolls.” To supplement the existing space for the expanding school, trailers will be used during the coming school year.

To earn admission to Yeshiva Kol Torah potential students are given an entrance exam, a general studies test including an interview, and an oral Judaic studies test. If the boy meets the criteria and the rabbis think the student would benefit from the education then they are admitted.

“We’re trying to create high academic standards, high moral standards, religious standards that the parents wanted and were looking for,” Wasser said, “that’s how we ended up with the quality of students we have.”
The school also endeavors to use student-based initiatives. “Project Disconnect” has students going off all internet-connected devices. The boys are then rewarded with trips and restaurant dinners, to name a few incentives.

“We don’t feel that students will excel academically if they’re on all their social media and devices,” Opoczynski said. “So it really separates the type of boy and family that we’re looking to service.”

Physical activity remains an integral part of the school day. The yeshiva has an intramural league that it is looking to expand and possibly engage with other schools. “We feel it’s crucial that the boys have these outlets,” Wasser said. “The league is a tremendous way to build pride in the school to build themselves, especially [the] way we feel technology is so damaging to students, and it’s so pervasive.”

Money is not an obstacle to admission with more than half the students on scholarships. The community has been the driving force for the program’s success. “We don’t turn anyone down for financial reasons,” Wasser said. “We purely take them based on their acceptance standards.”

Opoczynski said, “We give them a great time and they really appreciate that, and there’s a very, very strong sense of brother and camaraderie over there. Everyone’s proud to belong to the school. There’s a certain pride and it’s expanded to the community.”
“Even our success in year one was from the fact that every boy from top to bottom was excited and happy to be part of the school,” Wasser said. “They would leave school wanting to come back the next day and come back happy.”