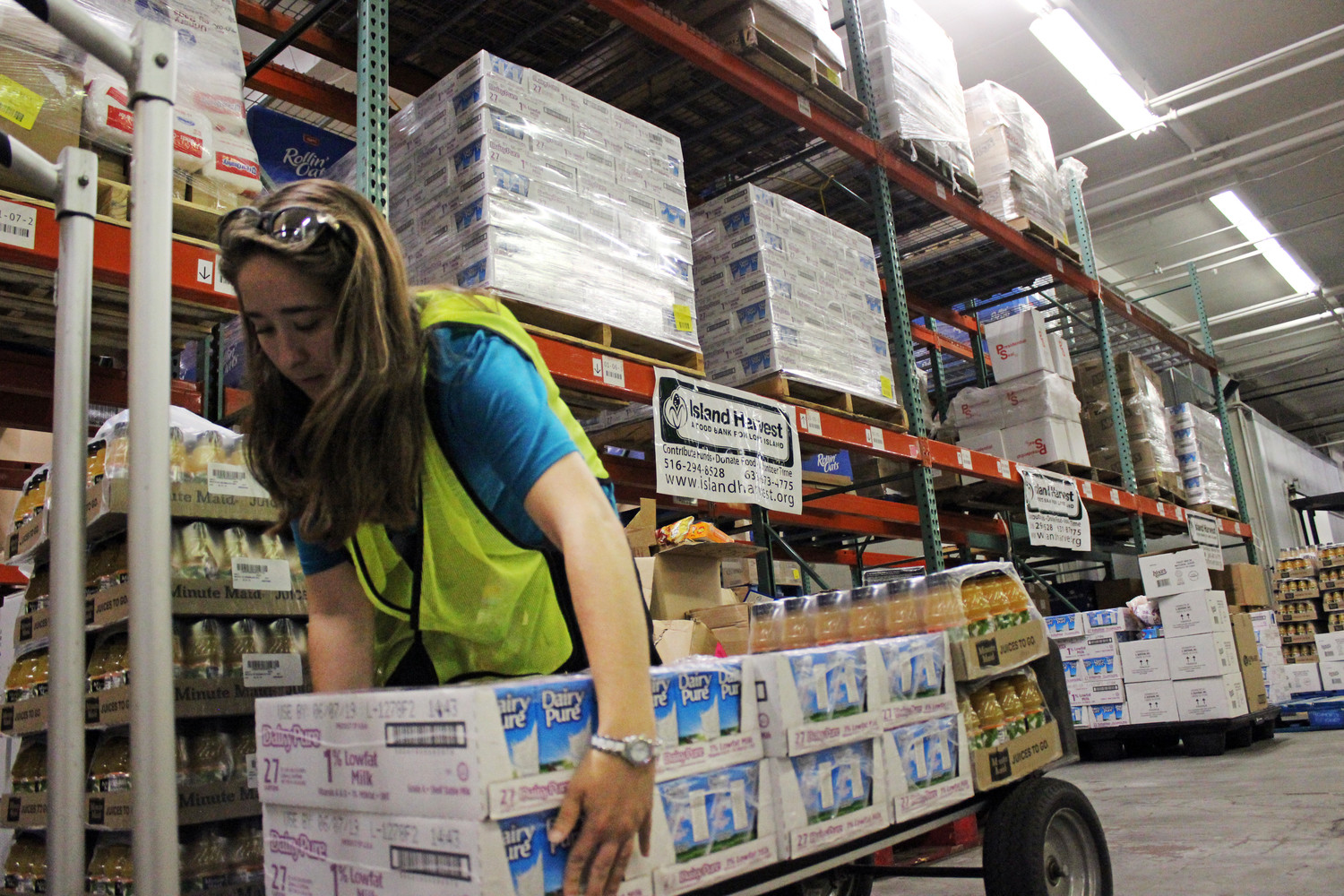 Island Harvest Food Bank has secured a $1 million New York State grant to go toward purchasing a new building, improving operational efficiency and expanding on programs that help the 300,000 Long Island residents that rely on its services.
BRIAN STIEGLITZ/HERALD
By Brian Stieglitz

Island Harvest Food Bank has secured a $1 million New York State grant through the 2018-2019 State and Municipal Facilities Program. The funding will go toward purchasing a permanent building to consolidate operations, improving operational efficiency and expanding on the hunger-relief organization’s distribution services and programs that assist 300,000 Long Island residents, according to Randi Shubin Dresner, president and chief executive officer and an East Meadow resident.

“The growth that Island Harvest Food Bank has experienced since its inception in 1992 has been supported mostly through a piece-by-piece approach regarding our distribution and warehouse functions,” Shubin Dresner said. “Due to that growth, it’s time to consolidate operations that support more efficient collection and distribution of product used to support the people we serve throughout Long Island in a more resourceful, and cost-effective manner.”

She added that New York State Senate Majority Leader John Flanagan and senators Kemp Hannon, Carl Marcellino, Elaine Phillips, Kenneth LaValle, and Phil Boyle, were instrumental in securing the funds and recognizing the need for the food bank to expand its services. “We are deeply appreciative of their efforts and genuine concern,” she said.

In a larger building, back-office operations could take place under one roof and additional warehouse space could allow for more storage of food, including fresh produce, meat, and dairy products, and additional space for its emergency resource center.

An expanded facility would also enable Island Harvest Food Bank to build a working kitchen to demonstrate and teach about proper nutrition and how to prepare foods on a budget. Additional training rooms would allow for expansion of the Giving Gardens program, which teaches self-sustenance while encouraging community participation in sustainable solutions to fighting hunger on Long Island.

In 2017, Island Harvest Food Bank collected and distributed food to supplement the equivalent of more than approximately 7.5 million meals among 450 community-based organization that include food pantries, soup kitchens, and others providing supplemental food support to Long Islanders in need. Island Harvest Food Bank also maintains a stockpile of bottled water, meals-ready-to-eat and other emergency supplies and is a lead agency in providing food, household supplies and technical assistance to communities impacted by disaster. The food bank works in partnership with the American Red Cross, the Offices of Emergency Management for Nassau and Suffolk counties, the Salvation Army and the United Way of Long Island in disaster-relief efforts locally.