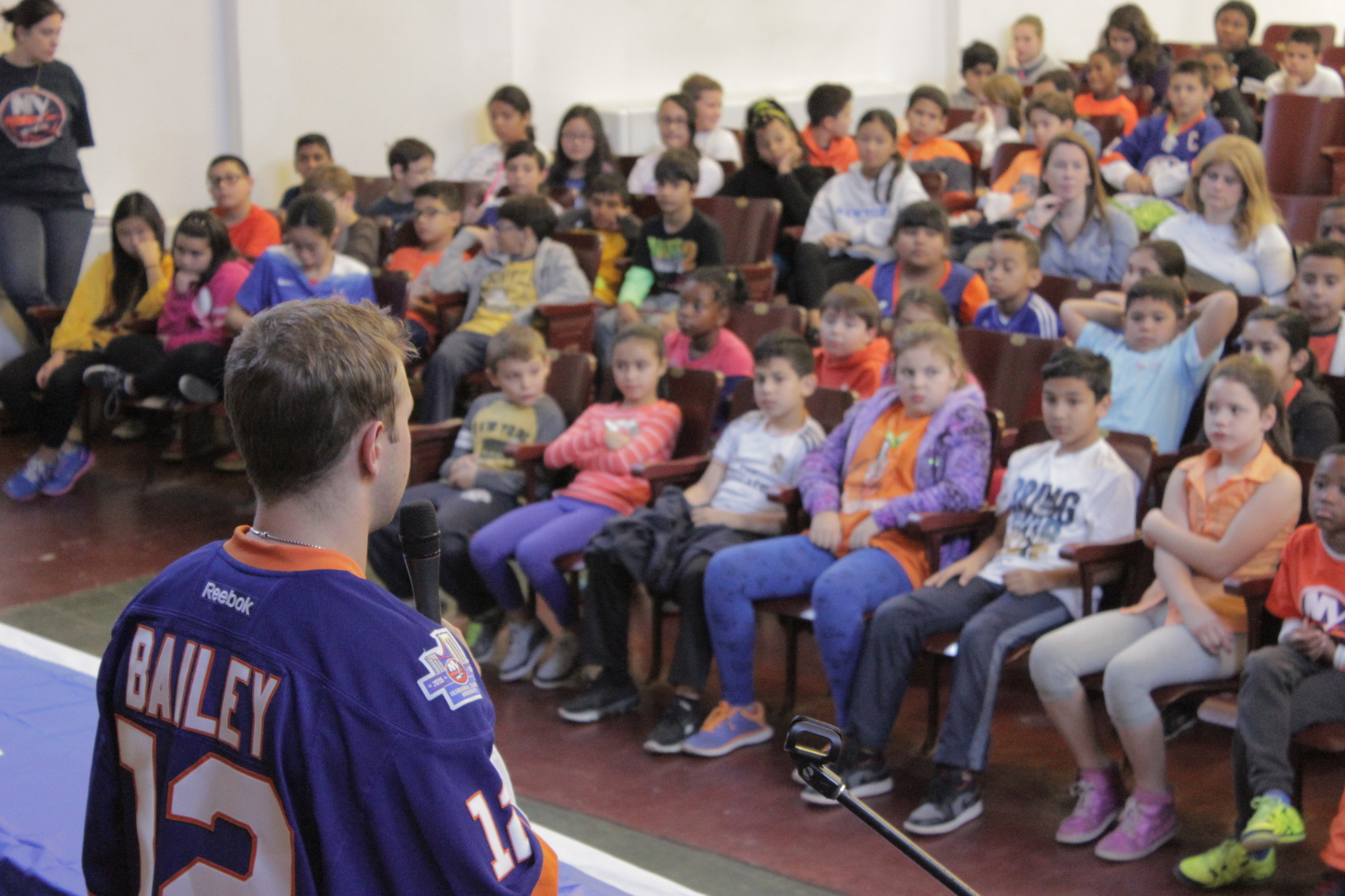 Josh Bailey and Matt Martin of the New York Islanders spoke to the students at the Wheeler Avenue School as part of Islanders School Day.
Nick Ciccone/Herald 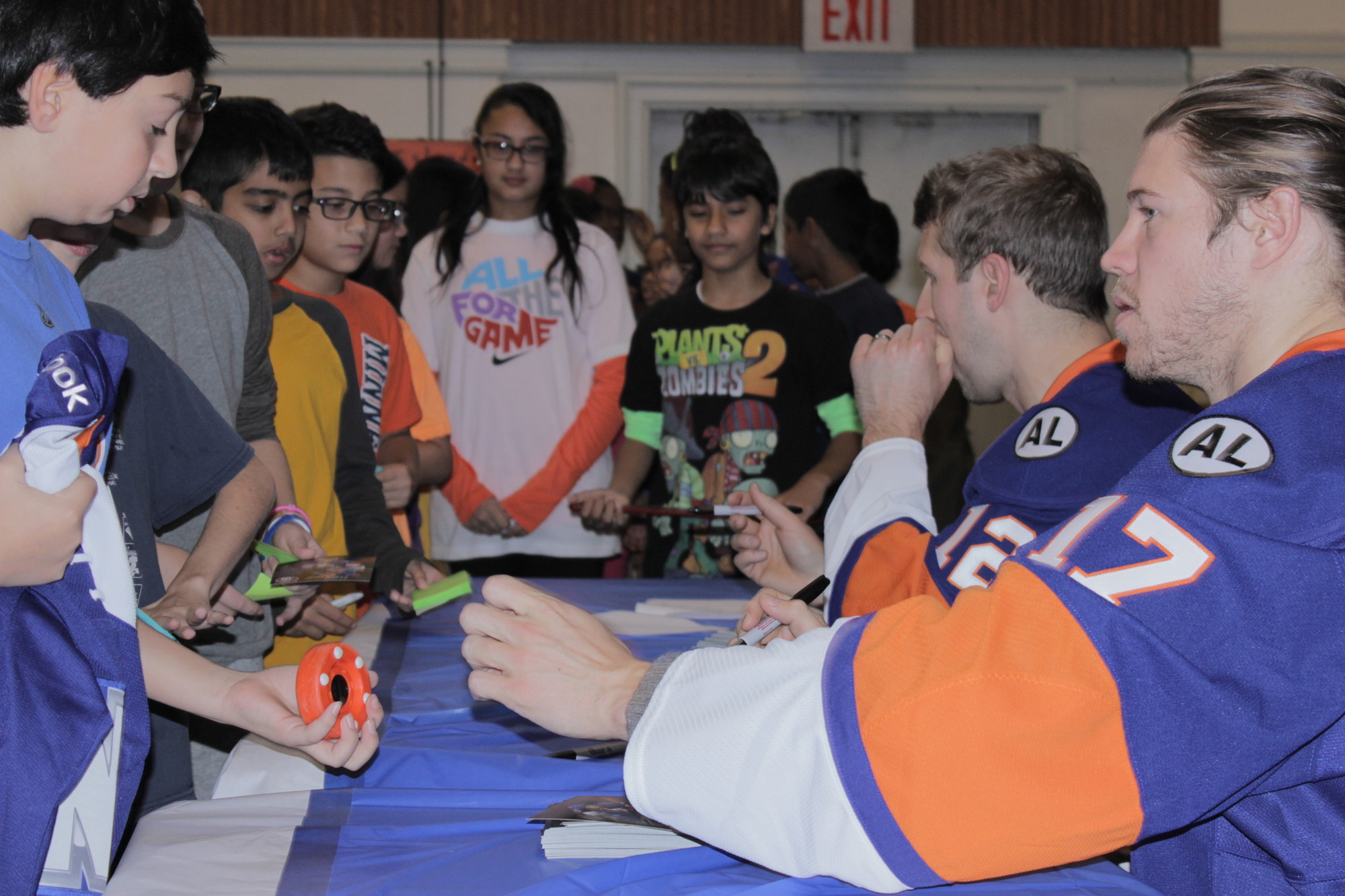 Late on Nov. 1, a few hours before the submission deadline, Lisa Burke dashed off an email to the New York Islanders explaining why the Wheeler Avenue School deserved a visit from some of the players.

“We heard back the next day,” said Burke, the school PTA’s vice president of membership. “They wanted to see a school that had a lot of school spirit and a lot of positive community spirit, and I thought we fit the bill.”

So did representatives from Islanders School Day, a program that the franchise runs. Submissions required examples of how the school works together as a team and showcases Islanders team spirit, and Wheeler was approved.

Two weeks later, Islanders players Josh Bailey and Matt Martin walked into a boisterous auditorium filled with students from grades 4 through 6 on Nov. 18. The players introduced themselves and talked about how they were first exposed to hockey growing up in Canada. Bailey connected his experiences as a professional hockey player to that of the students in the audience.

“Teamwork isn’t just about playing on a team — for you guys, a team could be something as easy as being in your classroom,” Bailey said. “It’s always nice when you’re on a team, knowing you have the support of all your teammates to help get you through.”

Bailey and Martin also touched on bullying and the importance of helping others. Several students raced up to the microphone for an opportunity to ask questions. Both players stuck around after the assembly to pose for photos and sign autographs.

Principal Gayle Steele credited the PTA with bringing the contest to the school’s attention. “We owe a lot of this to our parent involvement,” she said. “If it wasn’t for a parent who saw this contest and entered us in it, we would have had no idea.”

The school’s auditorium could only fit three grade levels during the event, so Steele said that other events would be considered. “We were just talking about looking for something for grades 1, 2, and 3,” she said.