It’s a blessing of a Thanksgiving in the Five Towns 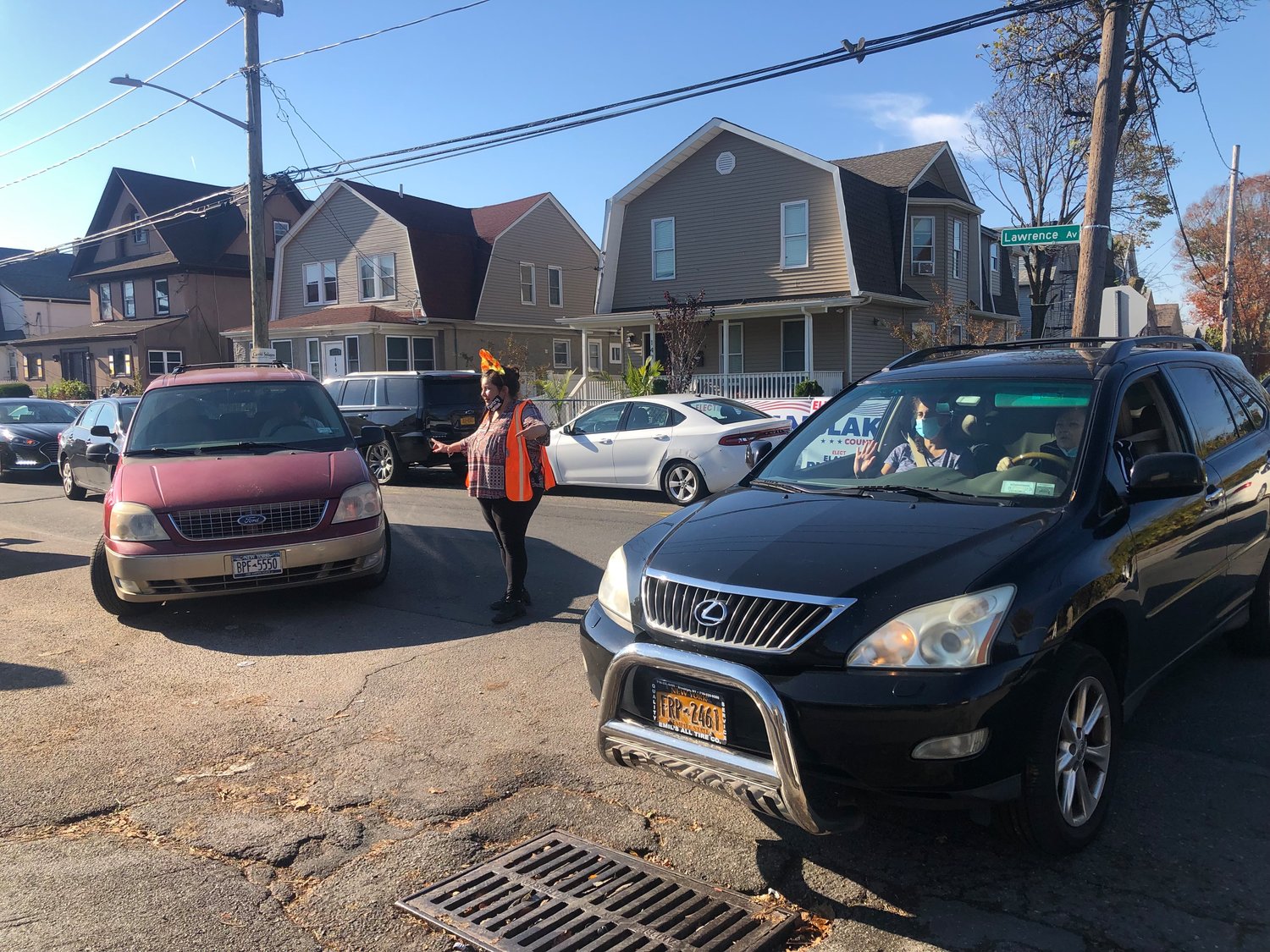 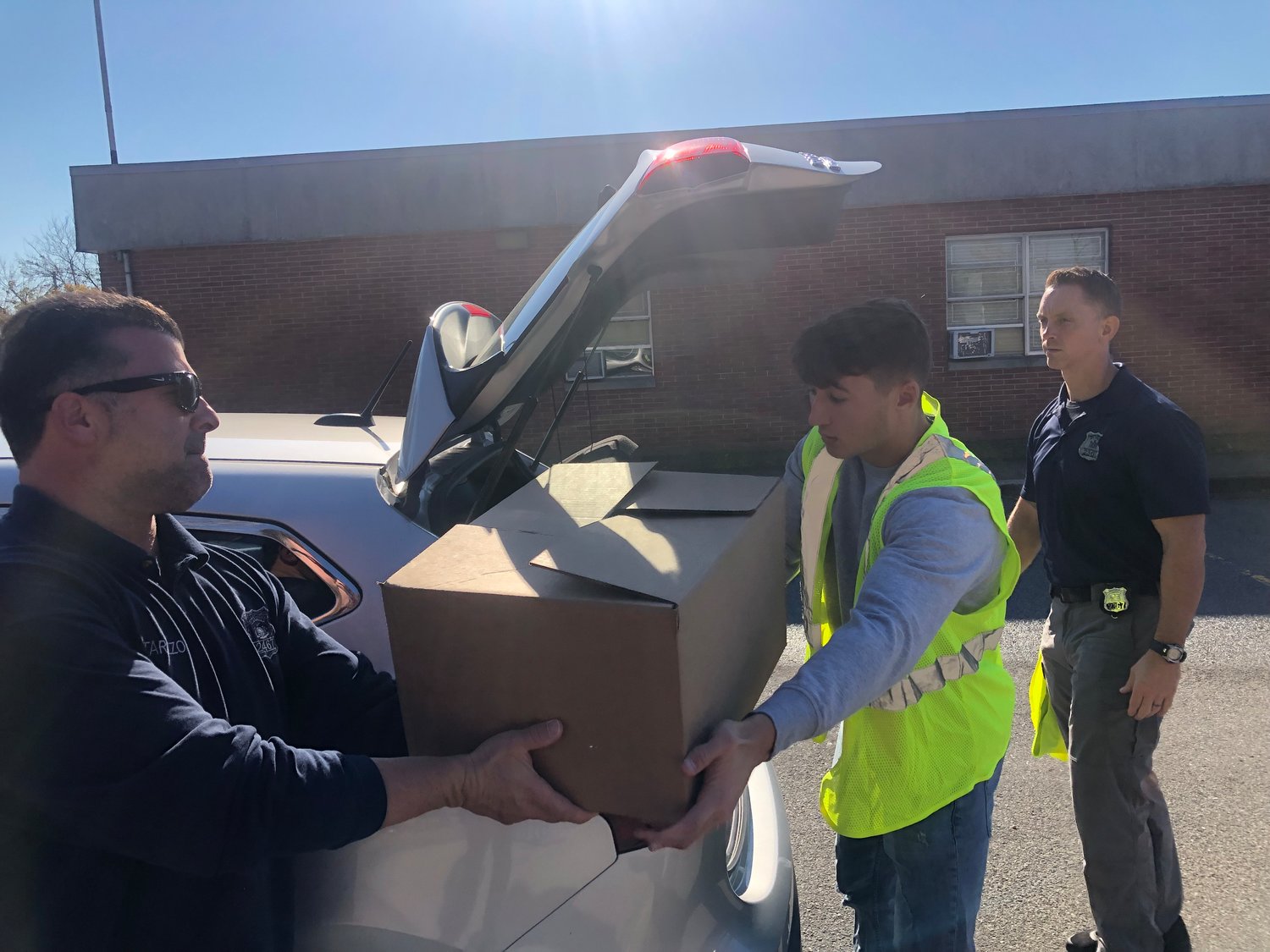 Volunteers in the Five Towns have teamed up with organizations such as Gammy’s Pantry, a food pantry in the Five Towns Community Center in Lawrence, Rock and Wrap It Up! Of Cedarhurst, Island Harvest and the Manna Project of Long Island to help those in need this Thanksgiving, after the coronavirus pandemic heightened food insecurity in the area in 2020.

Although the problem has become less widespread than it was at the height of the pandemic, there are still an estimated 285,642 Long Islanders in need of assistance — a 26 percent increase in food insecurity since 2019 — according to Long Island Cares, an organization that serves the food insecure.

On the morning of Nov. 18, volunteers from Island Harvest, Gammy’s Pantry, the Islip MTA Police Department, the MTA Police Department’s youth program and Dime Community Bank in Hauppauge gathered at the community center to haul donated boxes of turkey, produce, canned goods, masks and hand sanitizer into car trunks and backseats of the vehicles that took part in the drive-through event.

Nearly 400 families took part, lining up in either vehicles or at the walk-through pantry at the front of the building. Volunteers helped guide vehicles in through the center’s parking lot entrance on Lawrence Avenue, where six cars and SUVs at a time were packed with donations before heading out onto Mott Avenue.

The process took about an hour, and 60 leftover kosher meals were donated to the Marion & Aaron Gural JCC’s Rina Shkolnik kosher food pantry in Cedarhurst.

The Gammy’s Pantry turkey giveaway was described by Far Rockaway resident Lola Davis as “a blessing.”
Norma Alicea, a local bus driver and a Queens resident, added, “Even when we work, sometimes ends just don’t meet, so it comes at a good time.”

Sasha Young, the director of Gammy’s Pantry, opened it in 2018 with her daughters, Alexandra and Alexis Acosta, to keep her own mother’s kind and generous nature alive in the community, Young said. Since then she has made many meaningful friendships and gained a sense of purpose through volunteering.

“Now, three years later, we have over 4,000 families registered, and will be helping to provide meals to over 800 of them for Thanksgiving,” Young said. “I am extremely grateful to everyone that volunteers.”

Residents of Inwood and surrounding areas were also welcomed to a Turkey Giveaway, hosted by the Manna Project of Long Island, an organization that supports communities in need, at St. John’s Baptist Church, in Inwood, last Saturday and again on Monday.

More than 100 families were served food, and 74 turkeys were given away over the course of two days. “It’s truly amazing how everyone is coming together to support the families in our community during these turbulent times,” Yvette Hester, founder and CEO of the Manna Project, said.

The Five Towns Community Center is a headquarters for giving this season: Gammy’s Pantry was set to hand out more turkeys and hams there on Tuesday, and Rock and Wrap It Up!, a poverty-combating nonprofit founded by Cedarhurst resident Syd Mandelbaum, planned to hold its 30th annual Thanksgiving Feast there on Thanksgiving morning.

Last year, due to Covid restrictions, the Rock and Wrap It Up! meals were takeout-only, instead of the usual sit-down dinner at St. John’s Baptist Church in Rockaway Beach.

This year, the RWU Feast will take place at the community center, where masking and social distance rules will apply, or diners have the option of taking a food-filled bag with them. Either way, the organization plans to feed nearly 1,000 people.

Mandelbaum said he appreciated the community center, as well as local restaurants, such as Dickey’s Barbecue Pit in Lawrence, Friendlier Restaurant & Pizza in Woodmere and those who have volunteered and donated to help support his organization’s event, including the Franklin Early Childhood Center in Hewlett.

“It’s a blessing to have so many volunteers from our local community,” Mandelbaum said. “It takes a village to feed a village.”