Jordan Fredericks is bound for Syracuse 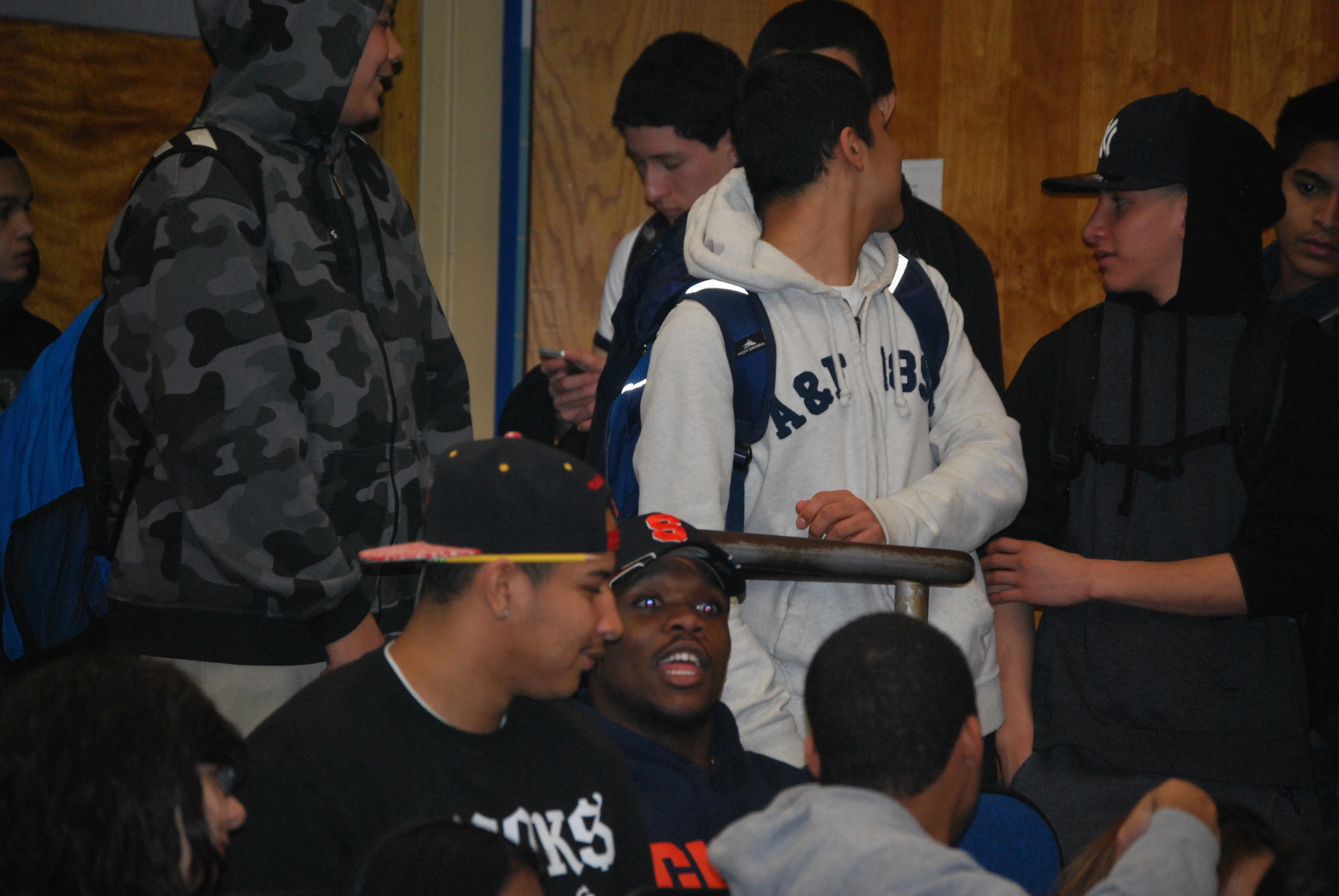 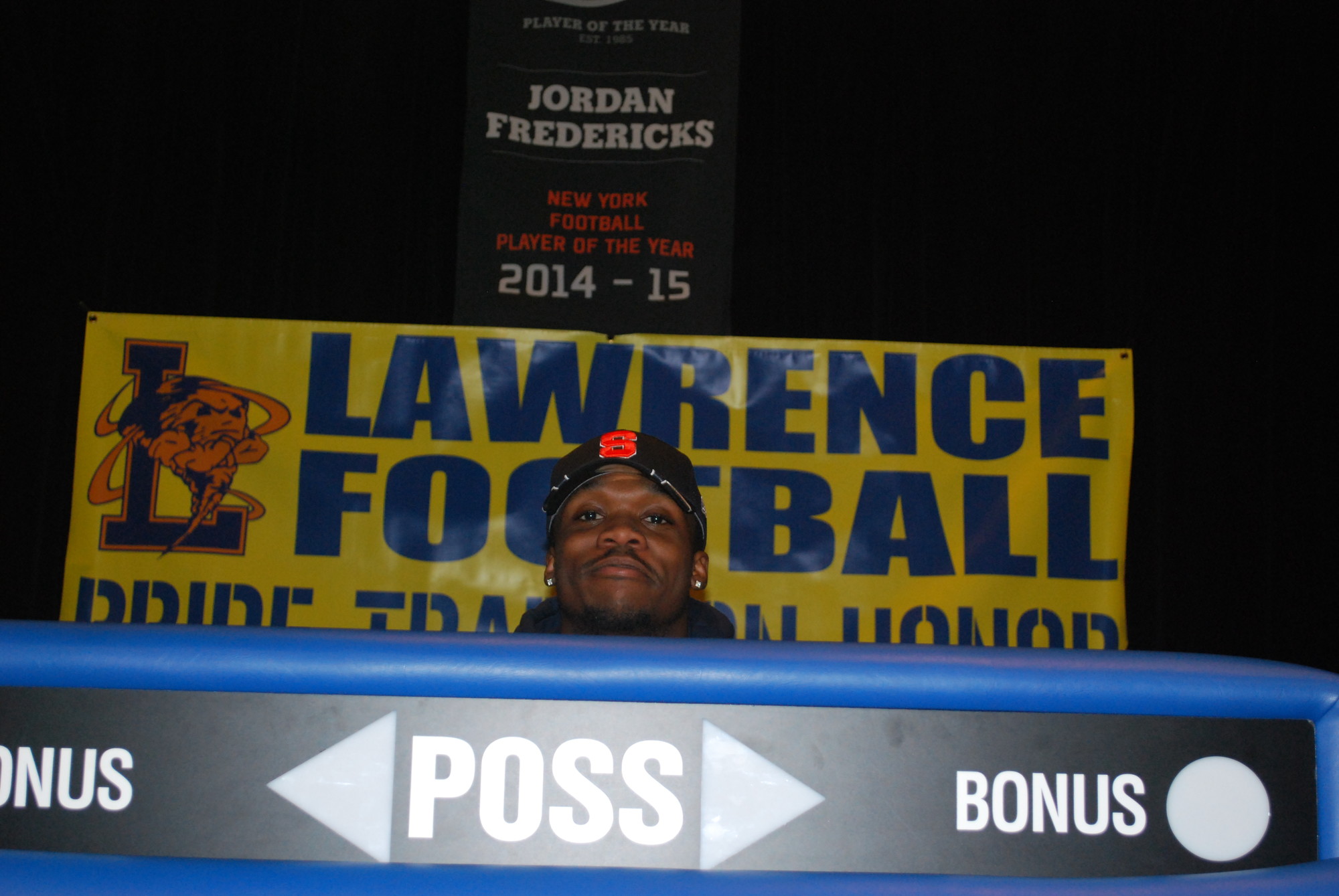 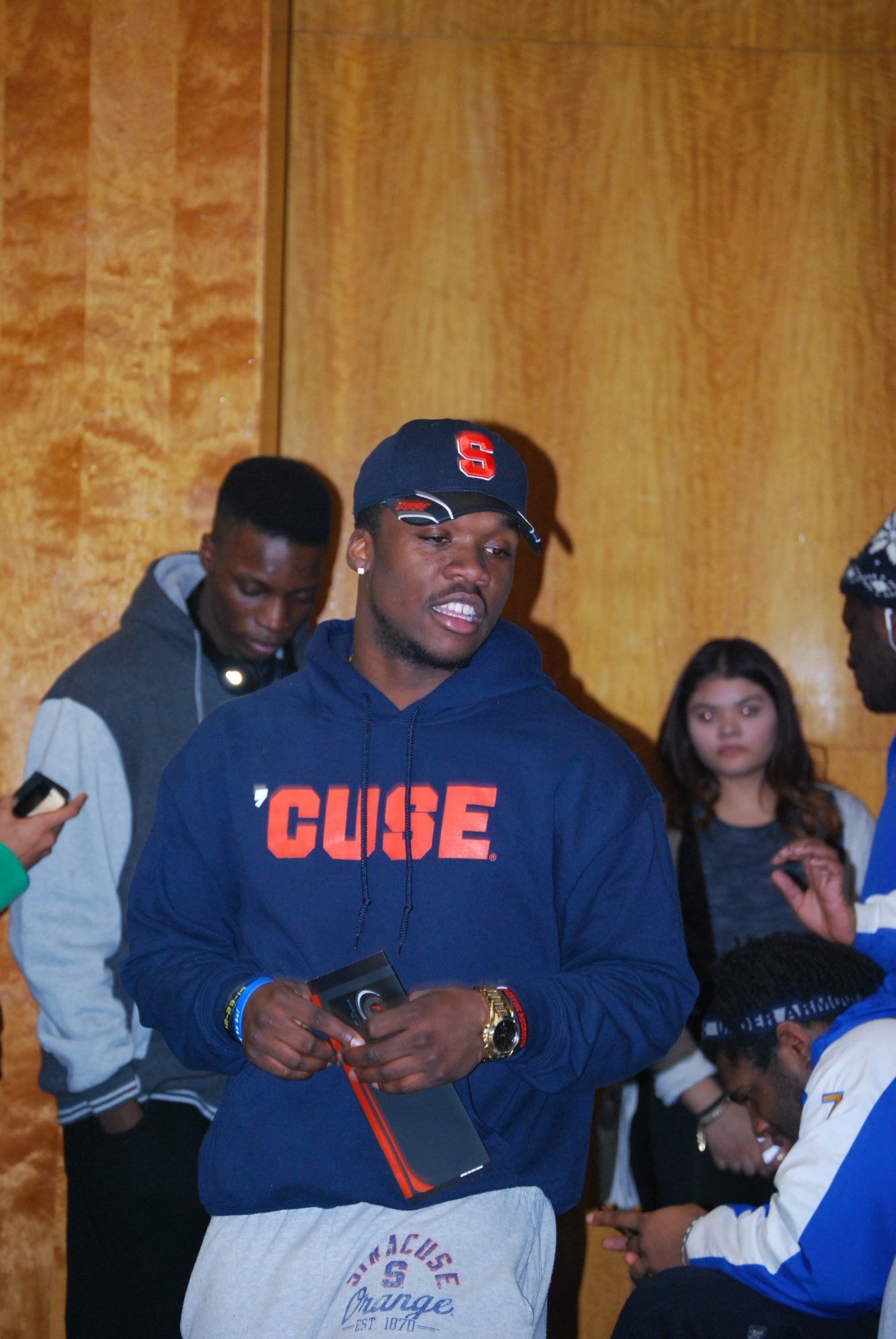 At a seven-on-seven football tournament in Orlando, Fla., after his freshman year of varsity ball, Jordan Fredericks tore it up against players from high schools that are usually the best in the nation.
“When you see him flying by guys and drawing the attention of all those coaches you knew he was definitely special,” said Lawrence Golden Tornado football coach Joe Martillotti. “We all new Jordan was destined for greatness and to play at a big-time school, this is just the culmination of all that hard work.”
Sporting a ’Cuse hooded sweatshirt and Syracuse hat, Fredericks kidded with his peers in the Lawrence High School’s Little Theater before headlining his own production and signing his national letter of intent to play for the Syracuse Orangemen on Feb. 4, which was national signing day for college football recruits.
“It’s the start of a new life, playing against bigger players in a bigger conference and playing against the best players around the nation,” Fredericks said in the high school hallway before the formal signing ceremony.
Fredericks the New York State Gatorade Player of the Year and the Thorp Award winner as the best player in Nassau County for 2014, helped the Golden Tornados win three consecutive Long Island Class III championships.


In his senior season, he ran for 2,158 yards and an Island-leading 37 touchdowns. He even showed off his throwing prowess as he rifled a 26-yard TD pass to Tevine Johnson in the LI title game. Fredericks scored the four other times on a pair of 1-yard runs and two more of 65 and 57 yards.
Fredericks said he will miss his high school from the teachers he had to the students they may look up to him as a role model due to his athletic success. But he said, “it’s not just what he do on the field but off the field that counts.”
Empty-nest syndrome is beginning to set in for Fredericks mother, Atasha Mays-Fredericks said, as out of five sons she will have only Christian, who will begin his high school years in September, at home. But she is proud of Jordan. “He really worked hard for this and he deserves it,” she said.
This summer, Fredericks will begin his Orangemen football career and take a few classes to get ahead start on his college work. On the field he will continue to emulate his favorite player, Seattle Seahawk running back Marshawn Lynch.
Fredericks said it was a “terrible call” not to give one of the best backs in the NFL the ball in the infamous Super Bowl play where the Patriots intercepted a goal line pass. “You have to give the ball to your playmakers and let them show they will sacrifice everything for your team to win.”
Now Syracuse has one of Lawrence’s best playmakers.