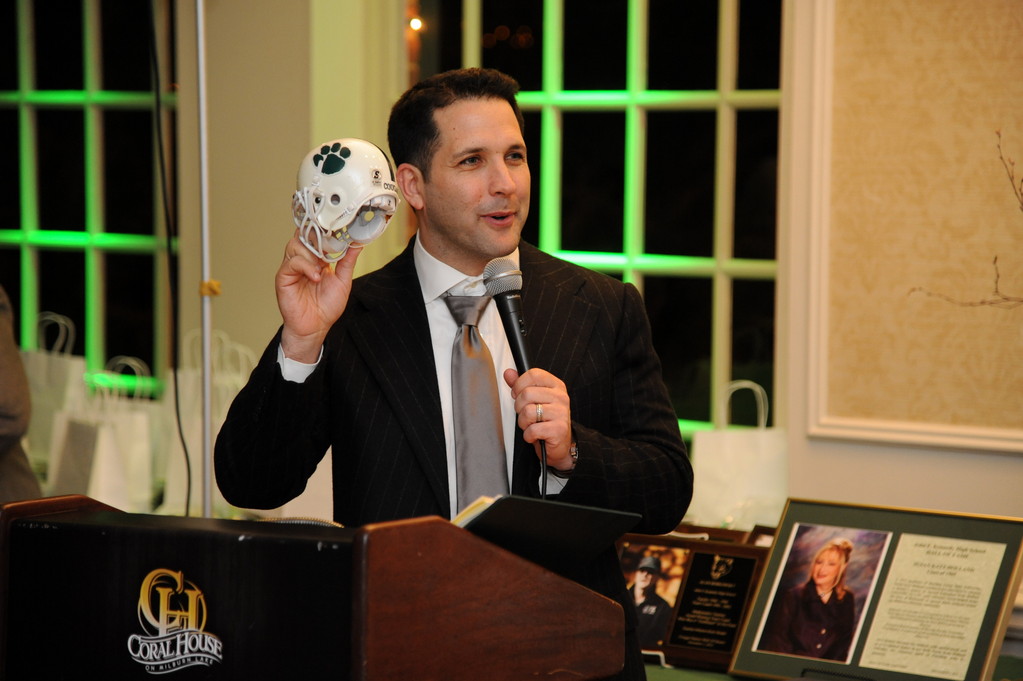 Adam Schefter, National Football League sports analyst, was presented with a mini cougar helmet to be placed on his bookcase during ESPN broadcasts.
Donovan Berthoud/Herald 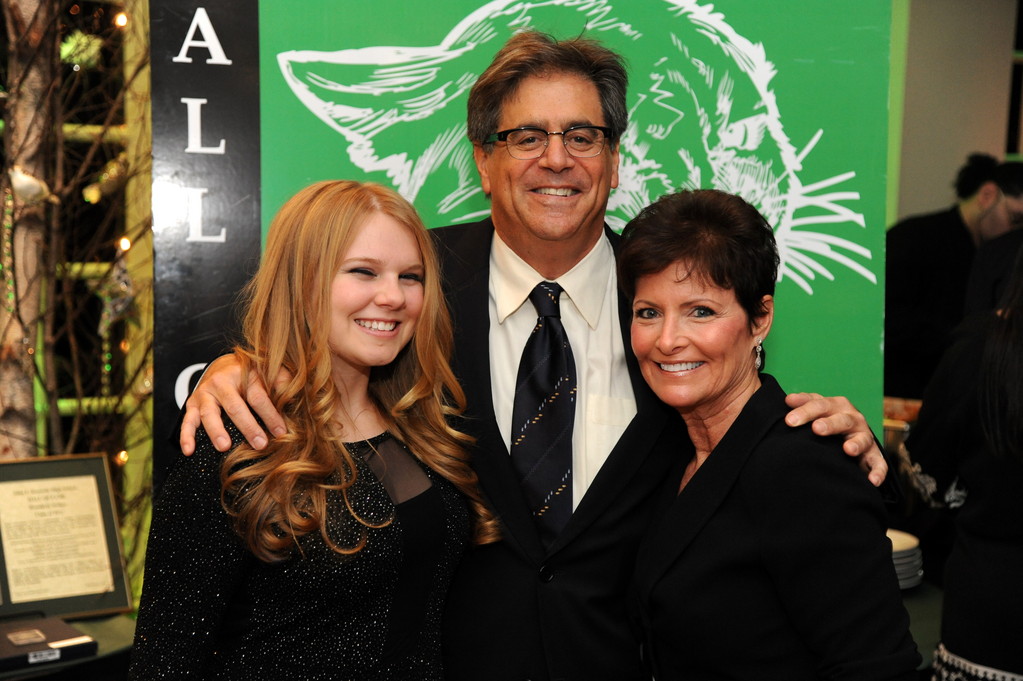 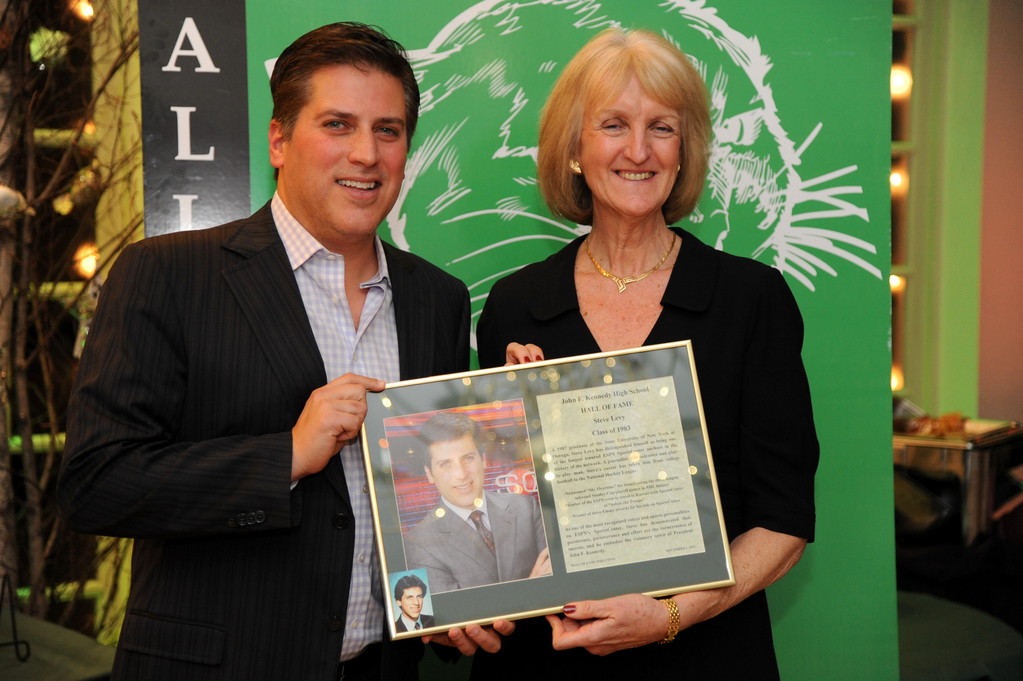 Steve Levy, left, an ESPN sports analyst, was one of nine hall of famers to be presented with a plaque by Principal Lorraine Poppe at last week’s ceremony.
Donovan Berthoud/Herald 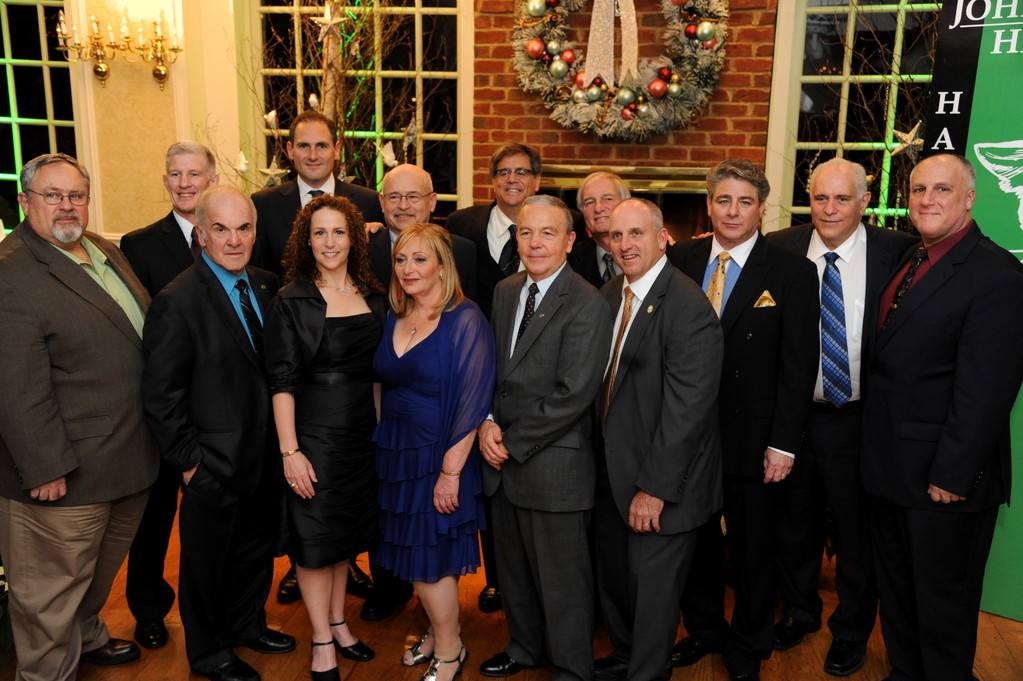 Alumni and others in “Cougar Nation” came together with school officials to induct nine honorees into the John F. Kennedy High School Hall of Fame.
Donovan Berthoud/Herald
Previous Next
By Julie Mansmann

John F. Kennedy High School administrators inducted nine new members into the school’s Hall of Fame at a ceremony at the Coral House in Baldwin on Dec. 1.

Assistant Principal Eileen Connolly, who chairs the Hall of Fame Committee, said each of this year’s honorees have demonstrated success in both their personal and professional careers. She also noted that each has given back to the “local or global community.”

“It is our hope that the educational foundation they received at Kennedy High School helped them achieve their dreams, goals and successes,” she said. “They are role models for our students, and we are proud of all of their accomplishments.”

This year, the following alumni were inducted into the Hall of Fame: Steve Levy (‘83) and Adam Schefter (’85), sports analysts for ESPN; Susan Katz Holland (’69), a retired special education teacher; Col. Steven Hunte, (’73), a physical therapist and national All-Army wrestler; Artie Kempner (’77), a television sports director and member of the national committee for Autism Speaks; Joan Littman Landry (’84), a contract engineer and veteran of the U.S. Army; Dr. Gary Morganstern (’73), a dentist and president of Bellmore JFK Alumni, Inc.; Larry Scott (’82), commissioner for the NCAA PAC-12 Conference; and Ronald Steiger (’72) a financial adviser who also serves as a trustee for the school’s alumni association.

At the ceremony, school officials also honored four retired staff members. Connolly said the former teachers’ combined 124 years of service to Bellmore-Merrick have influenced thousands of graduates who have walked Kennedy’s halls since the opening of the school in 1966. She said administrators are grateful for their service and for the role that they have played in shaping the lives of Kennedy students.