Lawrence murder believed to be related to Queens killing 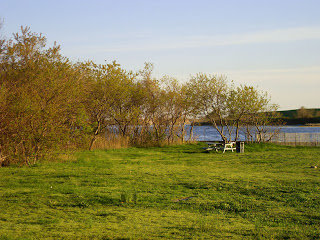 NYPD arrested five people for the alleged killing of a man in Bayswater Point Sate Park, which they believe is related to the murder of Harold B. Sermeno in Lawrence on Dec. 18.
nycedges.blogspot
By Jeff Bessen

Queens South homicide arrested five people on Dec. 22 alleged to have been involved in the gang killing of Ian Michael Cruz in Bayswater Point State Park in Far Rockaway on Dec. 16. Officials believe that the murder is related to the slaying of Harold B. Sermeno, of Far Rockaway, that occurred behind the Five Towns Community Center in Lawrence on Dec. 18.

It is alleged that the 14-year-old lured Cruz to the park after an online promise of sex. It is believed to be the same promise that enticed Sermeno.

“The Nassau County Police Homicide Squad is aware of the Queens case and has been in constant communication with the NYPD,” said Nassau County Police Department Lt. Richard LeBrun. “As our case is still an active investigation we cannot provide any further comments at this time.”

Police believe the Cruz murder is gang-related as he was supposedly a member of the 18th Street gang, populated by Central American immigrants. His alleged killers are believed to be members of MS-13.

Guerra and Sanchez were both remanded and their next court date is Jan. 15. Gary Francis Miret, an Astoria-based lawyer, represents  Guttierez, who is being held on $500,000 cash bail or a $250,000 bond. His next court date is also. Jan. 15.