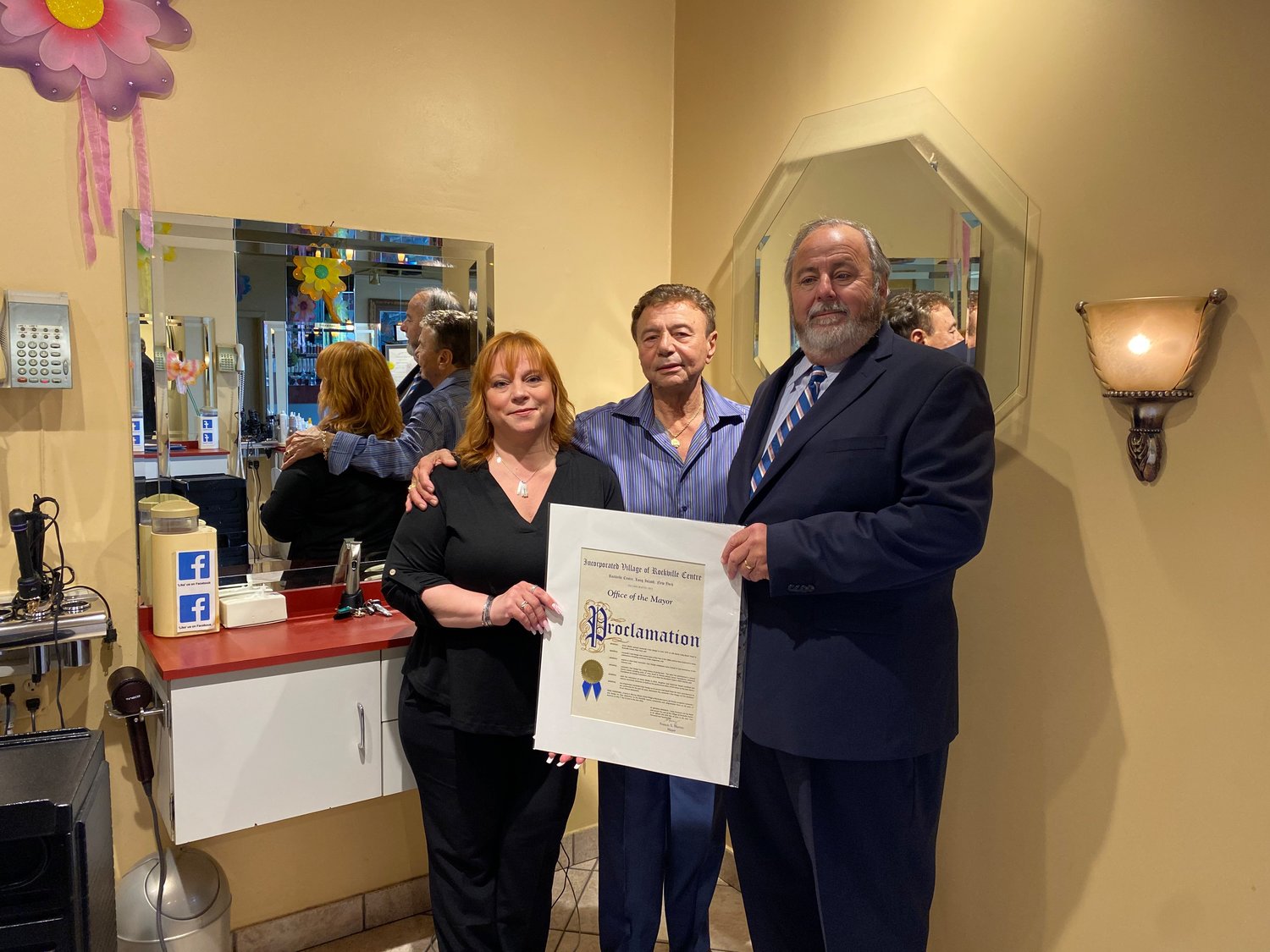 The pandemic wreaked havoc on small businesses across the country, causing many longtime local staples to shutter their doors amidst the economic fallout. But, Leonardo’s Hair Design in Rockville Centre was able to make it through that tumultuous time and many others and celebrated its 50th anniversary on June 1.

Mayor Francis Murray gave former owner James Bilello and his daughter Annemarie Bedell, the new owner, a proclamation from the village acknowledging the businesses’ longevity. As noted by Bilello, despite Leonardo’s location at North Long Beach Road having little parking customers from all over Long Island and beyond have continued to flock to the salon.

Bedell started at the salon in 1991 as a stylist and took over as owner from Bilello in 2014. She estimated that most employees have been with Leonardo’s for around 20 years. “Whatever he (Bilello) did, I followed along since he’s been doing it right,” Bedell said.

Whatever it was and still is that the father-daughter duo has done, it has attracted decades-long customers all over Long Island and even into the tri-state area. That customer base returned after the salon was closed for three months at the onset of the pandemic. With state money for local businesses, Leonardo’s welcomed back their friends in June 2020.

“When we reopened from Covid, everybody was just so happy,” Bedell said. “People were crying. We were crying. You make a little family from customers that have been coming for so long.

Bilello always pushed for his employees to add as many skills as possible through educational seminars with Bedell and others becoming board certified hair colorists. That included eight hours of testing including both practical and written exams.

“They go above and beyond in education. It was like going for their masters,” Bilello said. “That’s what I think people want. You want to know how they’ve progressed in their learning and knowledge.”

The hard work from the whole staff has seen the business survive long enough that gas cost less than half a dollar when it opened in 1972.