Letters to the Rockville Centre Herald Editor (May 19-25) 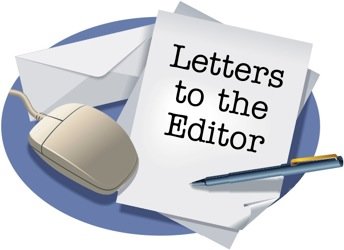 Pride Month in June  is a time of acceptance

June is rapidly approaching, which means it’s time for Pride Month, which celebrates the achievements of the LGBTQIA+ community.

This year more than ever, it’s important that we show visible and strong support for our LGBTQIA+ family members, friends and neighbors. The barrage of negative messaging targeting them and causing confusion, misunderstanding and strife in our country has been hurtful and is potentially dangerous.

Imagine the flags as a great big hug to the LGBTQIA+ members of our community. They need it, especially now.

No, Kagan, Sotomayor should not retire

Re Matthew Adarichev’s column, “Stephen Breyer retired. Why not Kagan and Sotomayor?” (May 12-18): Why not? Because this is a fantasy, flawed in detail and conception.

Details: The Supreme Court justices are not pawns to be manipulated. To expect a double-unanimous vote of 50 Democratic senators to confirm a pair of young replacements is a risky bet, the effort itself would demolish any remaining shred of court legitimacy, and nothing would be gained, because Sen. Mitch McConnell’s supermajority would remain.

Concept: The battle for the court is over. The present battle is for Congress, and it will be over by Christmas. Mr. Adarichev’s suggestion that Democrats adopt Republicans’ “Machiavellian” tricks to fight for power means they would abandon the laws, institutions, and aspirations of the American project.

To imitate the Gingrich-McConnell-Limbaugh model is to become them. America would be one more example of a society undone by Madison’s “factions,” the Florentines’ Whites and Blacks, Constantinople’s Blues and Greens, Russia’s Reds and Whites — the list is long.

This season’s issue is, shall America’s Democratic/Republican form of government, in its 20th century conception, survive the first quarter of the 21st? More relevant than T.R. is Smokey Bear, who advises, “Only you can prevent ...”

So you think the governor’s a shoo-in in November?

When Nazis killed 6 million, where was America?

Why we need to go back to the moon