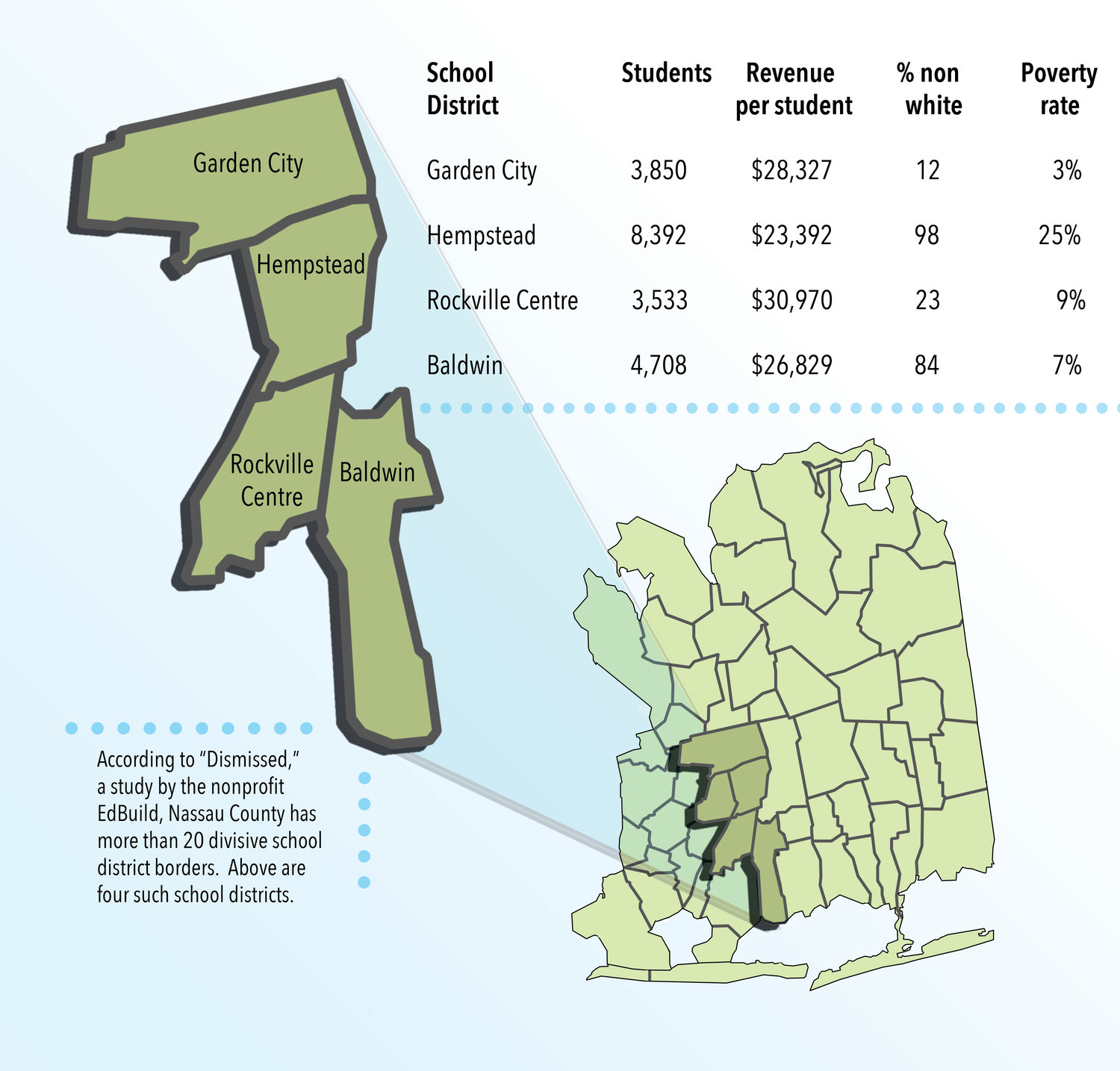 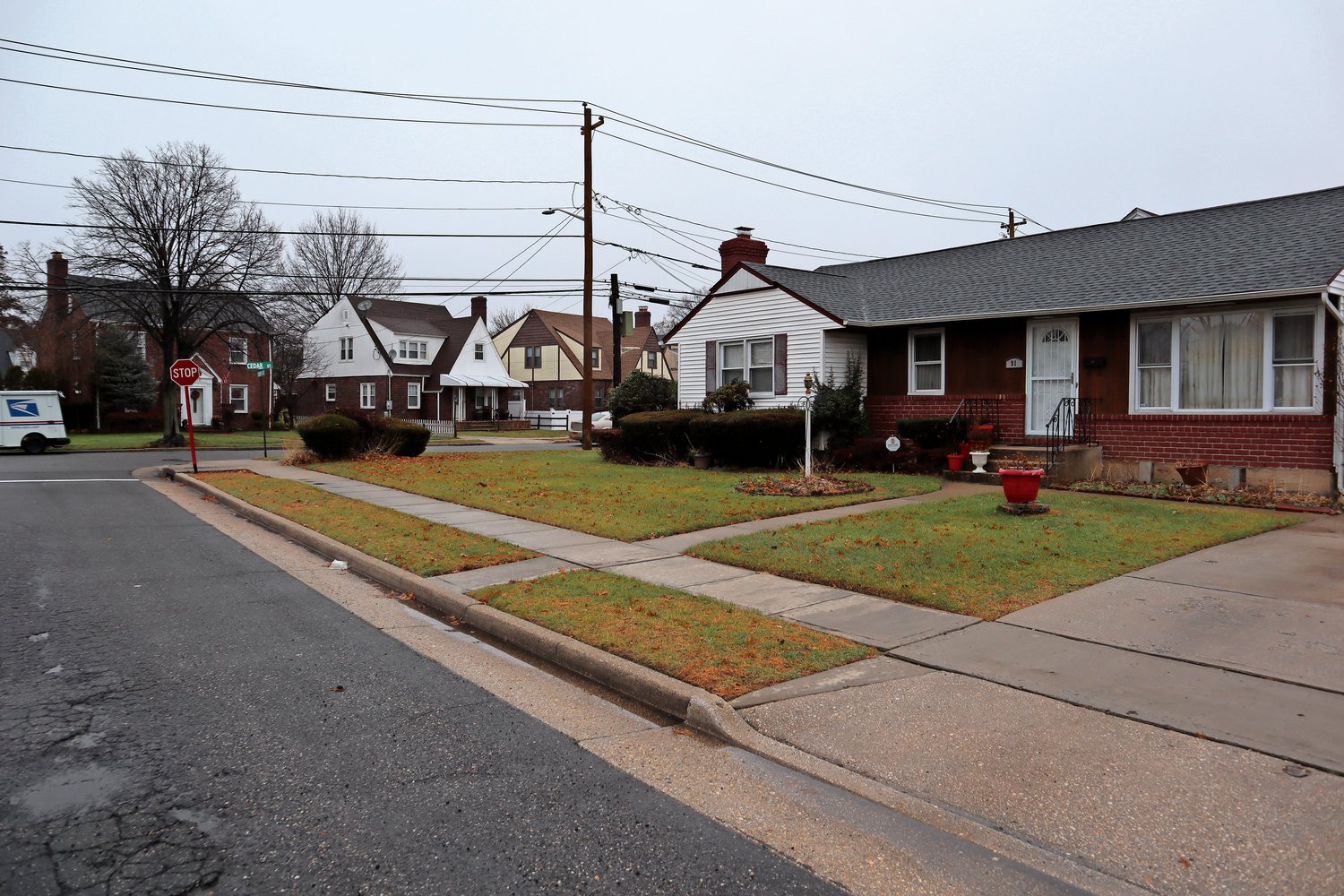 Funding School Districts with property taxes is, in part, the reason there are wide disparities in spending per student in communities of color compared with white communities. The market value of a home in Hempstead, above, averages less than $400,000. . .
Andrew Garcia/Herald 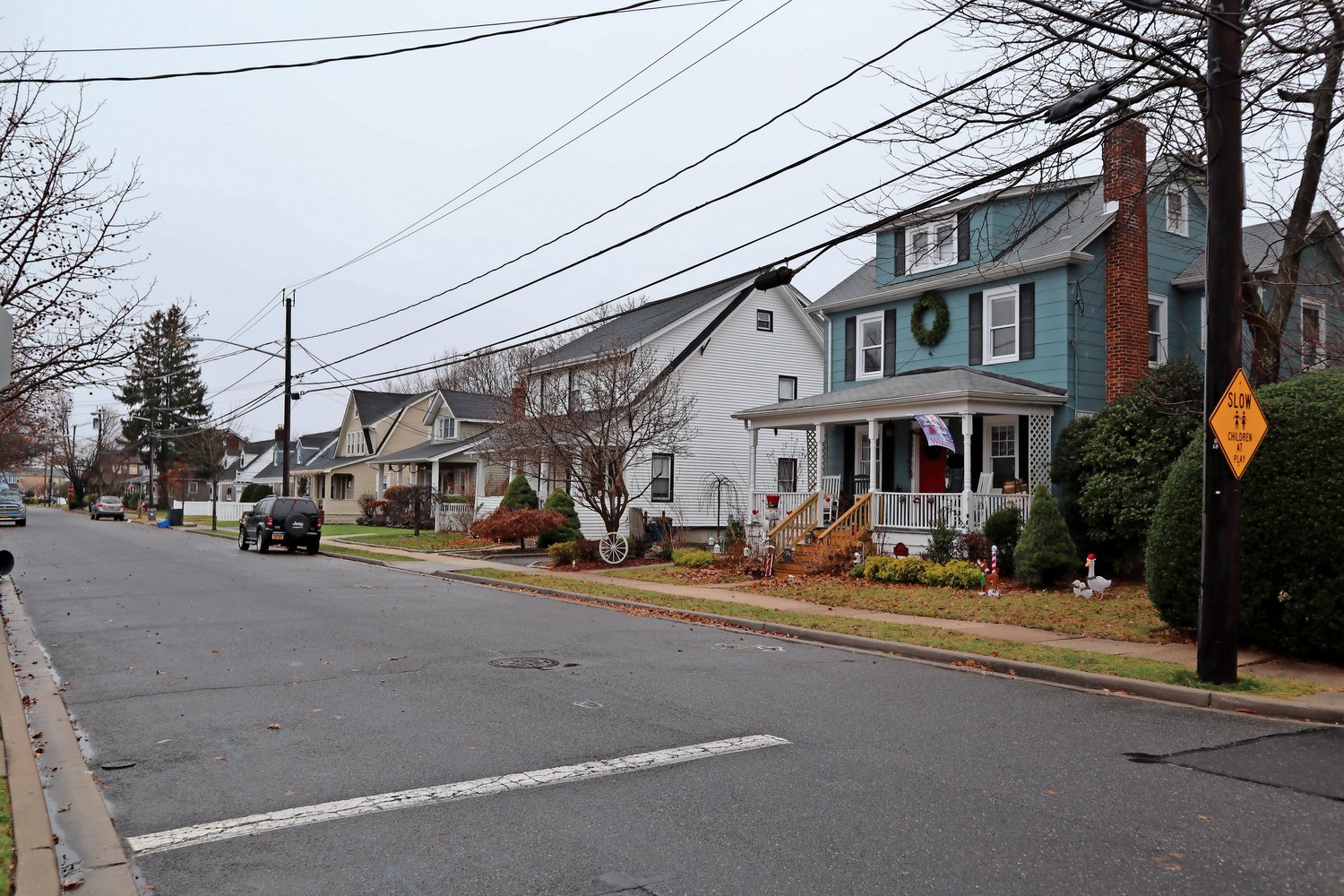 . . . while homes in Rockville Centre, above, average more than $650,000. The Hempstead district has a 2 percent white enrollment, compared with its neighbor’s 77 percent white student body.
Andrew Garcia/Herald
Previous Next
By Andrew Garcia

Part six in a series.

Nassau County school districts in largely white communities spend thousands of dollars more per student, on average, than most communities of color do, leaving thousands of African-American and Hispanic students with considerably fewer educational resources than their white counterparts, according to a recent study by the nonprofit EdBuild.

More than 50 of Long Island’s 124 school districts have stark divides in race and funding, according to EdBuild, which examined the 969 most divisive district borders across the United States. Of the Long Island districts in this category, 10 district borders are “deeply divisive,”  with a difference of 20 percent or more in school funding between neighboring school systems, often amounting to nearly $7,000 per pupil.

“That is a huge difference between two neighbor school districts,” said Sara Hodges, EdBuild’s director of data visualization, who worked on its study, “Dismissed,” published earlier this year. “Long Island exemplifies what we’re trying to talk about here — that these school district borders are unnecessarily dividing children and creating vast inequities in the resources for education.”

“Imagine $5,000 worth of services, equipment and support for one kid,” said Rebecca Sibilia, EdBuild’s founder and CEO. “Imagine what you can buy.” Even a small class of 20 kids would receive an extra $100,000, she added, which could include funding for teacher salaries, guidance counselors and classroom materials.

The Island’s school districts of color — along with the rest of the country’s — have, however, been caught in a seemingly insurmountable scenario since a Supreme Court decision during Richard Nixon’s presidency.

In an attempt to bring about equality between Detroit city schools and those in the city’s suburbs nearly five decades ago, the National Association for the Advancement of Colored People sued Michigan to force school desegregation in Detroit. Federal Judge Stephen Roth agreed, ruling that more black students would be enrolled in suburban schools outside Detroit, while more white students would be enrolled in city schools. The existing divisive district lines, Roth wrote, would be struck down as unconstitutional if drawn in modern times.

Suburban parents, however, fought the decision. The case reached America’s highest court in 1974, and the Supreme Court overturned Roth’s decision, effectively handing control over school districts’ boundaries to local powers. The 5-4 decision in Milliken v. Bradley came 20 years after Brown v. Board of Education of Topeka, Kan., which had banned school segregation. In Milliken v. Bradley, however, the Supreme Court ruled that the plan to integrate Detroit’s black students into majority-white districts was unconstitutional.

Michigan’s school districts were not “established or created for the purpose of fostering racial segregation in the public schools,” the ruling stated — meaning that while the districts were acknowledged to be racially segregated, they were not initially drawn with discrimination in mind.

Detroit, in turn, was left to desegregate itself without the enforcement of the federal government — along with all other segregated districts across the U.S.

“The very evil that [Brown v. Board of Education] was aimed at will not be cured, but will be perpetuated for the future,” the court’s only African-American justice at the time, Thurgood Marshall, warned in his dissent.

“It’s a case that has been detrimental to actually being able to solve the problems that school district boundaries have created,” said Hodges, of EdBuild. The fact that these divisions can be so difficult to overcome has “led to things exactly like Long Island,” she added, “where districts can be right next to each other with an 86- percentage-point difference in the proportion of white students. That is Milliken; Milliken allows discrepancies like that.”

Long Island’s more than 50 most-divisive borders make the effects of Milliken clear, according to Hodges. On either side of each district boundary are majority- white student bodies or the opposite, and the invisible walls between them are hardly ever broken.

The Baldwin district, which is also adjacent to Rockville Centre, spends $4,141 less per pupil than its neighbor, and has 16 percent white enrollment. Rockville Centre’s other neighbor, the Uniondale School District, spends more than $5,000 less and has a 99 percent minority enrollment rate.

The website Donors Choose, which allows teachers to start donation pages for certain projects or equipment, shows how much a district like Hempstead is lacking. “Tech Rocks!” is the title of one asking for help to purchase a single laptop. Another requests funding for notebooks, folders and crayons. According to Hodges, there were 20 such fundraisers by Hempstead teachers in the 2016-17 school year, while teachers from the neighboring district, Garden City, posted none to the website.

A primary reason why Long Island’s schools see such financial disparities is because they are largely funded by local property taxes — a system that New York State Sen. John Brooks, a Democrat from Seaford, said is “unfair.”

“The challenges facing education are dramatically changing, and the way we fund education is presenting significant problems,” Brooks said in June. “We have an overdependence on property taxes.”

An area with lower property values like Hempstead, with a median home value of roughly $375,000, brings less money to the schools than an area like Garden City, where homes are valued at nearly $900,000 on average.

At the same time, Garden City has a mall, office space and businesses to relieve the property tax burden on homeowners and bring more funds into the district. In school systems with low commercial tax bases, Brooks said, residential property taxes can account for as much as 80 percent of the budget.

Brooks sponsored a bill earlier this year to address these funding inequities, and it could reshape the way Long Island’s schools are funded. Senate Bill S1687, which passed the Senate and is awaiting approval in the Assembly, calls for a task force to analyze the Island’s property tax-financed school districts in search of a new system that is funded by state income taxes.

Money from the state, Brooks explained, would suffice to meet school requirements. If districts wanted to spend more, they would still have the option to add proposals during annual budget votes that could be funded by property taxes.

The task force, which would include school administrators and teachers, would have three years to complete its work.

From Uniondale to Carnegie Hall

Looking into the future at Hewlett-Woodmere School District

This robotics team at Hewlett stood out at the competition